When Kacey Musgraves arrived to host a Los Angeles party for Flower by Edie Parker on Tuesday night, she headed straight toward the event photographer with a smile on her face.

It had been about three months since the country singer helped boost the business of Tom’s One-Hour Photo, a family-run photography studio in Koreatown, by creating his Instagram account @tomsonehourphotolab in August and raving about his services to her fans.

Musgraves reunited with Tuong at Edie Parker’s “Best Buds” holiday party, which celebrated the accessory label’s new cannabis products with Tuong’s photo booth, featuring a weed backdrop and mistletoe. She met several of his family members, who weren’t at the store when Musgraves dropped by this summer. It was their first time meeting the woman that reinvigorated their business. Tuong’s 24-year-old son, mechanical engineer Nick Tuong, gave Musgraves a bouquet of a dozen red roses and told her that he’s her biggest fan. “That’s so nice,” she replied before taking a photo with Tuong’s family. 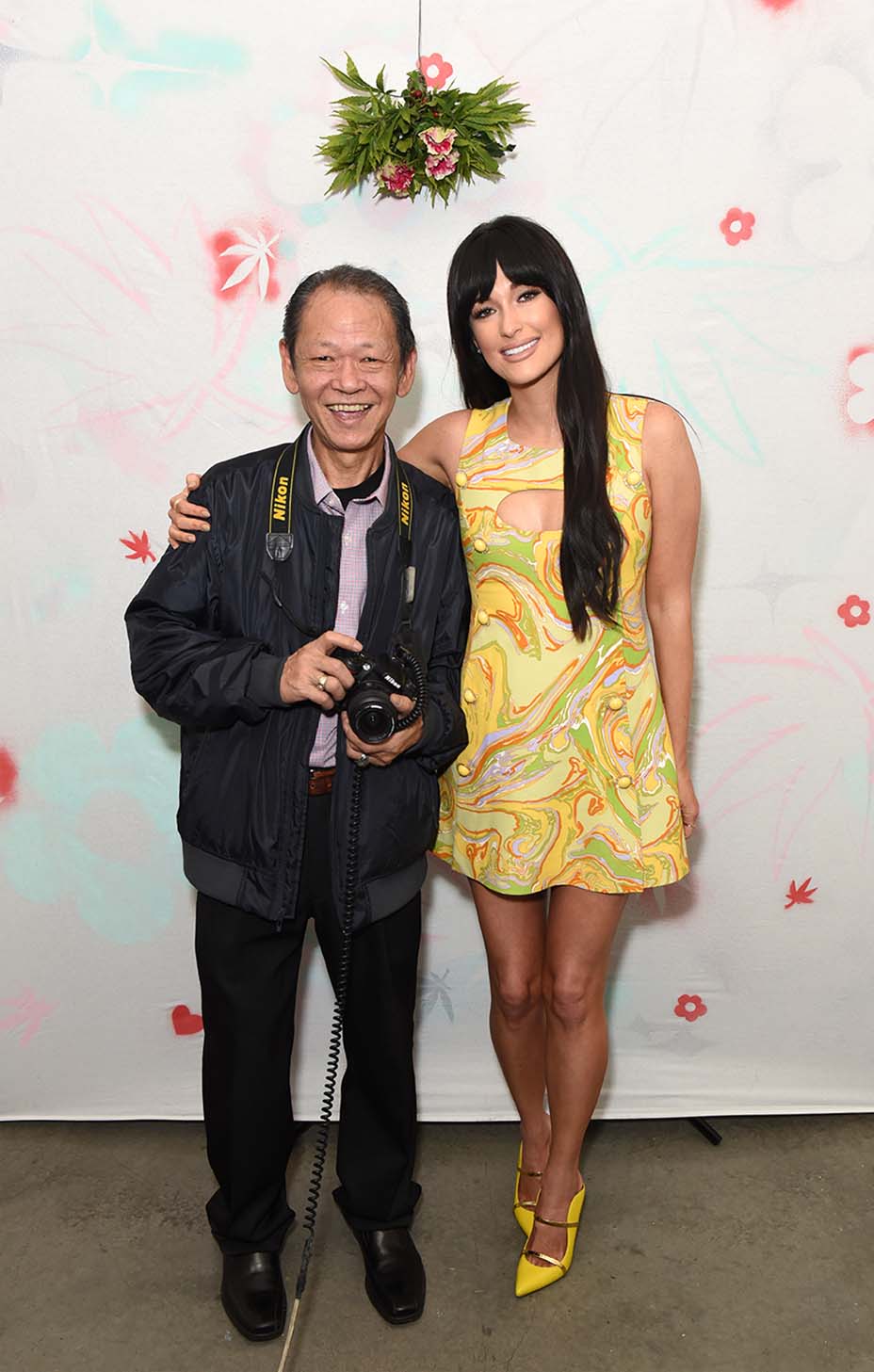 “Before Kacey showed up, we had a terrible slump in business. My dad went senile. And then after business picked up, it’s the happiest I’ve seen my old man in 10 years. He’s alive again because he’s doing what he really loves,” Nick told The Hollywood Reporter. “Now she gets to meet the entire family. My dad was like, ‘Oh, we get to see her again? Let’s bring the whole family.’ … Ever since that fateful day a few months ago, it’s been super busy.”

Nick said weekends are mostly booked up through the New Year, but customers can call to make an appointment or may have luck with walk-ins on weekdays. “Everything is packed from when we open the doors to when we close the door,” he said. Tom’s One-Hour Photo is planning to make appearances at more L.A. holiday parties this week and next. 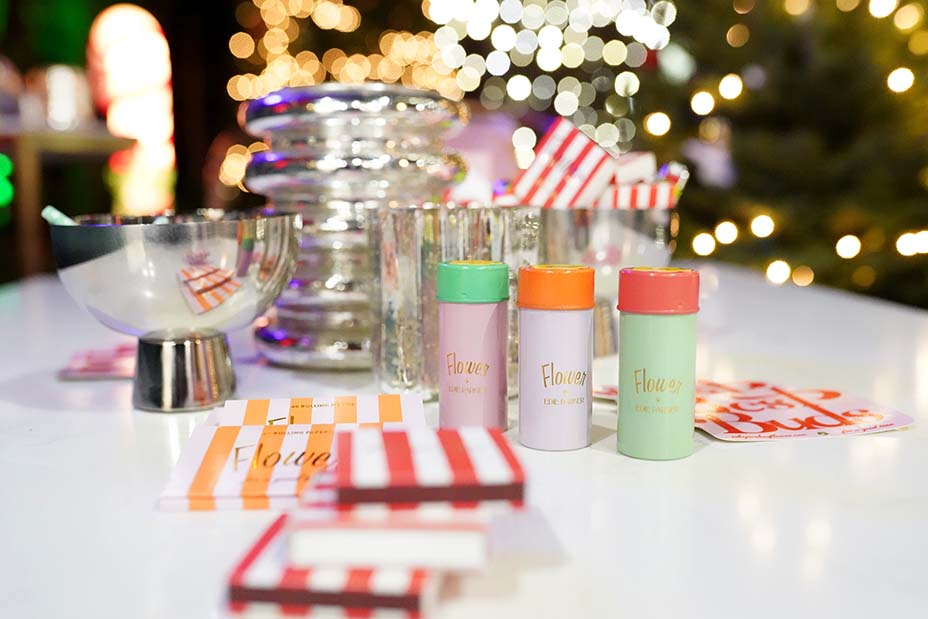 “The funny thing about this entire thing, which I will say very indignantly, is I am the only one in our entire family who listens to country,” Nick said. “When Kacey first walked in, she asked, ‘Hey do you know who I am?’ And my dad was like, ‘No, not really, you’re another customer I would love to serve.’ Classic, right? And when we came home and then it’s like, ‘Hey, someone famous popped in our store. Do you know her?’ It’s like, ‘I don’t know, let’s see.’ So he shows me her picture and it’s like, ‘Oh, she’s cute. Oh, she’s Kacey Musgraves!’ I started freaking out. The next day at work on my commute, I was blasting Pageant Material, her album, just on repeat on my way to work. TLDR, I was very excited.”

At the time, Musgraves wrote on Instagram, “It’s one of those rare mom-&-pop gems that has lasted thru trends coming and going and weirdly has come back around again without even realizing it. The owner, Tom, was SO adorable.”

As for Larson, the actress posted her shots — taken with artist Faye Orlove — in November and wrote on Instagram, “Mary Kate And Ashley but make it @tomsonehourphotolab” and “It Takes Two vibes.” Though Nick wasn’t in the studio when the Captain Marvel star stopped in, he told THR, “It was a fun surprise. … We literally had a superhero come over. This is like, ‘Wow,'” adding, “I love DC comics, love Marvel comics. It was super geeky and it’s pretty much the stuff that my sister and I [like]. My parents don’t understand it. It’s like, ‘They’re just comic books.'” Nick said his dad had “pretty much the same reaction” as when Musgraves came in: “You’re just another customer. I will serve you dutifully and beautifully.”

It Takes Two vibes thanks to @tomsonehourphotolab

Nick added that it’s touching during the holidays to see Angelenos support small businesses, calling them “the backbone of America” and his dad a “role model” that brought their family together.

“For us as a family, all of our cousins that we haven’t heard from in years … all of a sudden, when this happened, our cousins are like, ‘Hey, would you like us to help out? We could come to the store?'” he said. “That’s so sweet. It’s like all hands on deck. … I personally do this because I love to see all the happy people.”

Inside Tom's One-Hour Photo in L.A.'s Koreatown 24 Hours After Kacey Musgraves Made Him a Viral Star