Continue to The Hollywood Reporter SKIP AD
You will be redirected back to your article in seconds
Skip to main content
May 15, 2018 3:04pm

As a stylist, Karla Welch has worked her magic on Hollywood icons such as Elisabeth Moss, Lorde, Tracee Ellis Ross, Justin Bieber and more. Now, she’s turned her attention to a more humble canvas — Levi’s 501 jeans. On May 20, the Levi’s x Karla collection launches, marking the first time the denim giant has collaborated with a Hollywood stylist.

Welch is known in fashion circles as much for her own tomboy style and asymmetrical shag haircut as for her red carpet work. And Levi’s, it turns out, was part of developing that signature look, as well as her discovery of what styling can do. 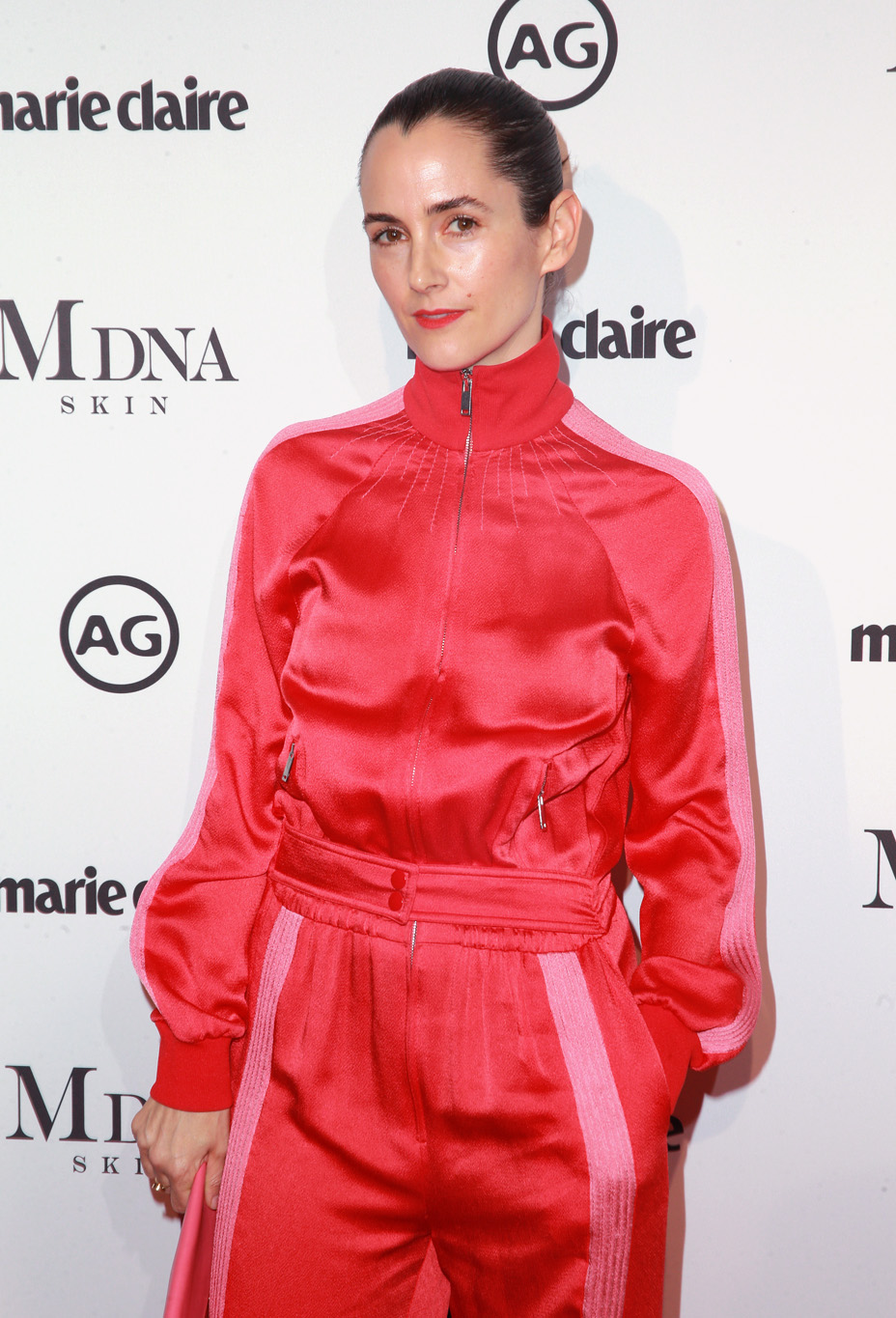 “When I was 13, I stole my brother’s 501s,” says Welch. “I put them on, and how I felt in them was different.… I guess we were wearing acid-washed jeans at the time.… But these were baggy, and I rolled the waistband over and rolled a big cuff at the bottom. There was something magical about it.”

The Levi’s x Karla collection, $150 to $450, is the second in the stylist’s “x Karla” series of brand collaborations; the first was last year with Hanes. As part of the Levi’s project, Welch created a portrait series featuring some of her friends and clients, including Amber Heard, Amber Valletta, Yara Shahidi, Busy Philipps, Sarah Paulson, Tracee Ellis Ross, America Ferrera, SZA and more wearing the pieces she designed. 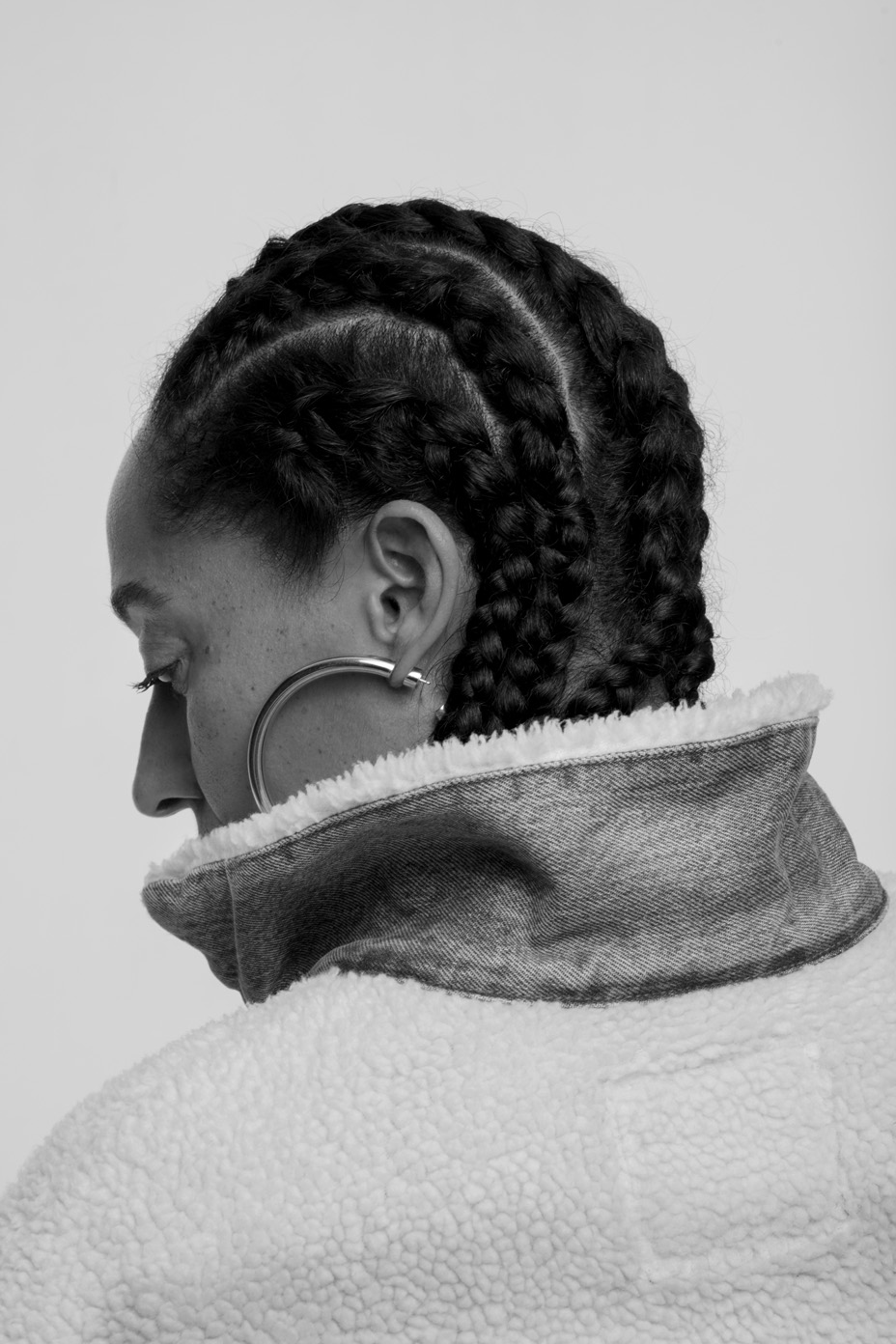 “I wanted it to be accessible because I was the kind of kid who didn’t grow up with a lot of money,” she says, noting her decision to collaborate with Levi’s after Hanes, reflects that cost-consciousness. 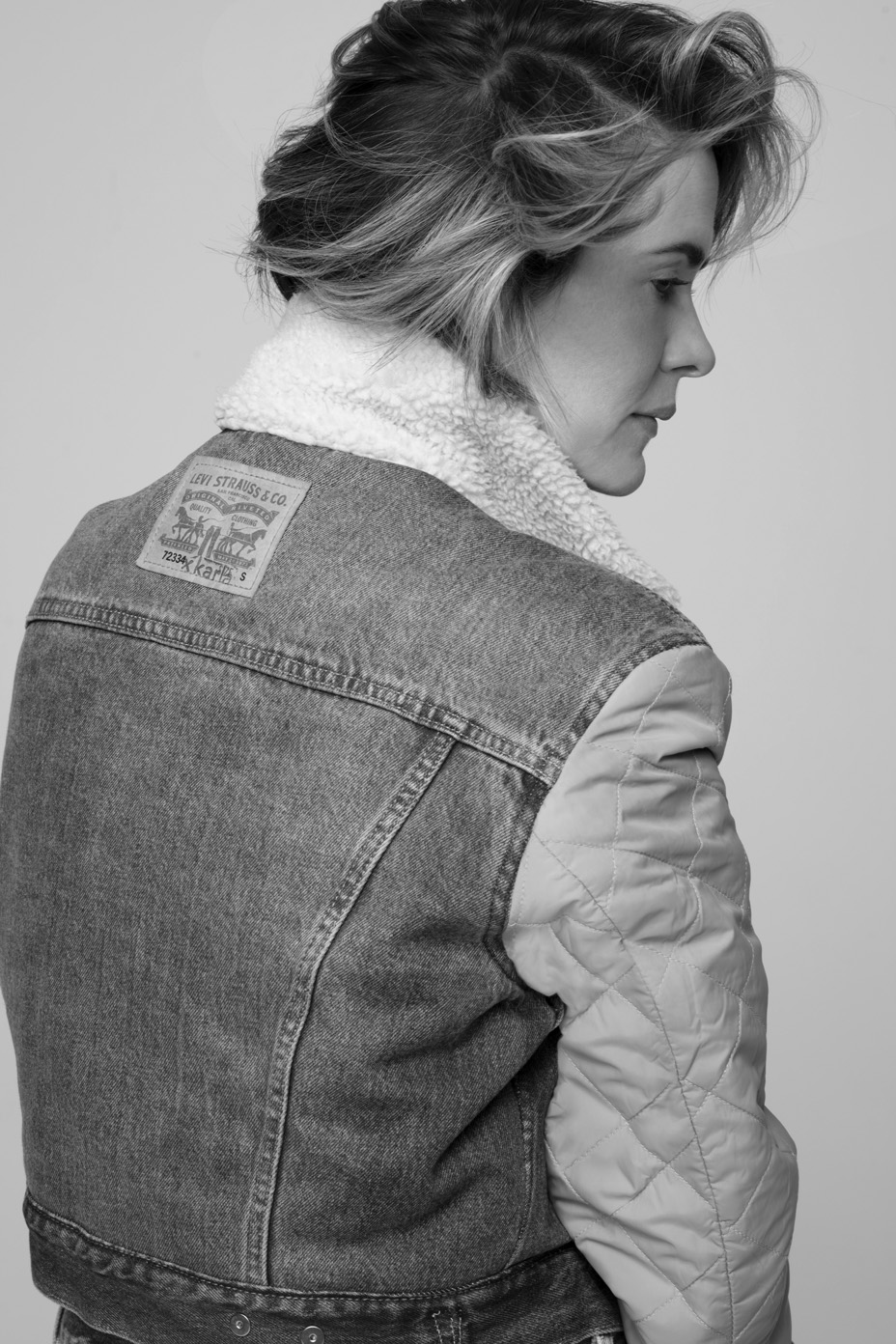 It was also a fun creative exercise. “It was amazing to work within a box, because everything had to be 501-based and customizable.” (Indeed, there is a series of how-to customization videos being rolled out on social media featuring Karla and friends.) “It’s also genderless, although we shot it on all women because I’m a staunch feminist. But I was thinking about a uniform for the future.” 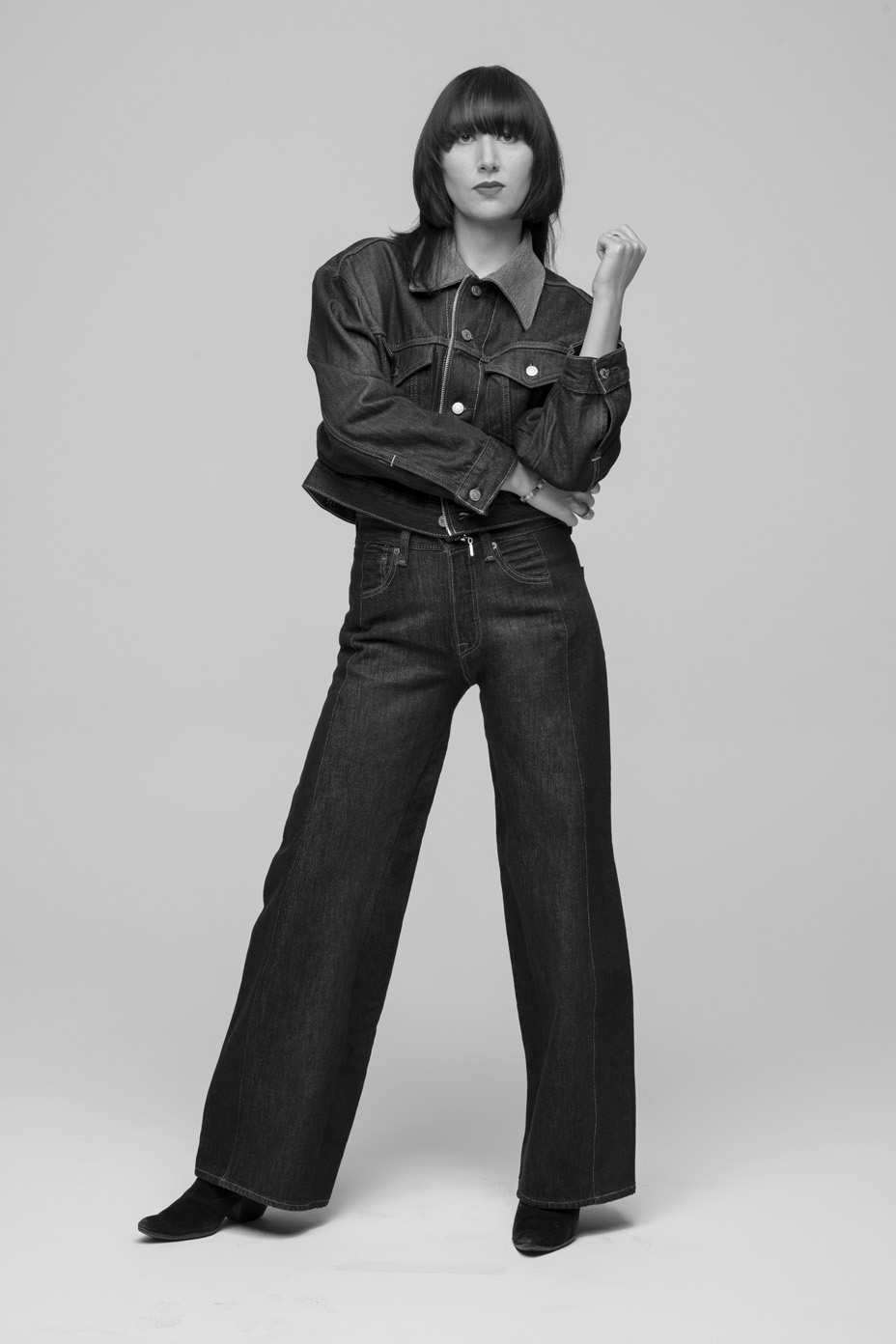 Over the years, Levi’s has collaborated with a number of designers, including Virgil Abloh, Heron Preston and Diane Von Furstenberg. But Welch is the first stylist the San Francisco-based brand has enlisted for a project.

Not Just a Party, How Levi's Uses Coachella as a Design Lab

“There is something about how Karla styles her clients. She is able to really bring out each person’s unique personality and style…. And individual personal style is exactly what the 501 is all about,” says Jennifer Sey, chief marketing officer of Levi Strauss & Co. The portrait series with Welch’s starry clients — who donated their time — was also a bonus, says Sey, particularly “showcasing such a broad range of women — diversity of age, race, body type, personal style.” 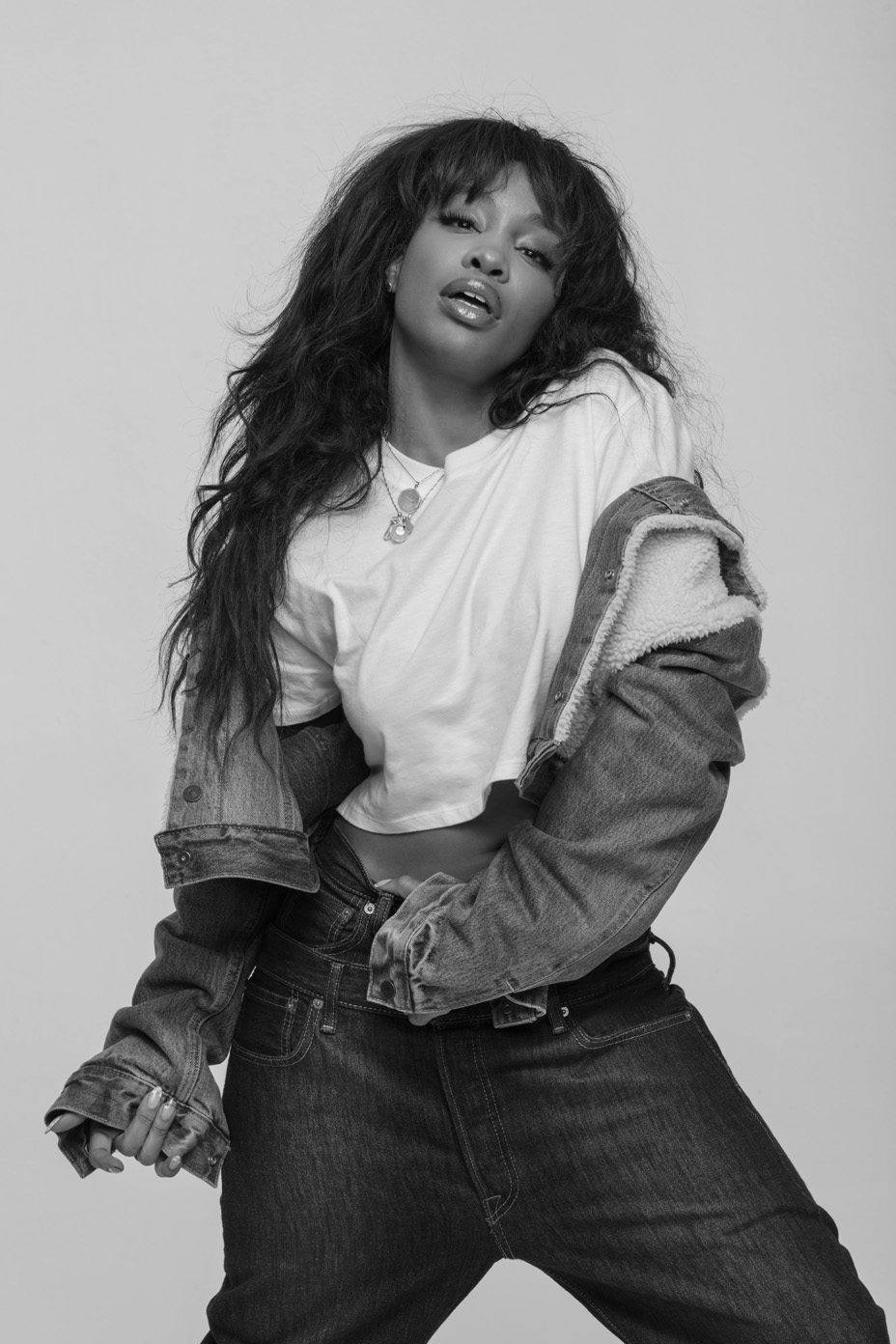 Although Welch is an outspoken critic of Donald Trump on social media, she says politics haven’t interfered with her work: “Brands that want to be on the right side of history recognize that we are in a weird time.”

In fact, the dealmaker for this collab was the clothing company agreeing to make a sizable donation to Everytown for Gun Safety, the nonprofit founded in 2014 by Michael Bloomberg to advocate for gun control.

“We’re in this superficial business — which I love, I think fashion is an art — but I do look at myself and say, ‘What am I just doing?’” says Welch. “So to be able to partner with the Levi’s Foundation to do social good was everything. That’s a new way of consumerism, to use your platform to do something meaningful. And when they agreed to donate to Everytown, I literally cried.”

Welch will host an in-store event and customization workshop at Levi’s Tailor shop at the Santa Monica store May 20, which Levi’s celebrates annually as 501 Day, marking the date it received the U.S. patent for the rivet pocket.