Kate Burton is traversing a townhouse, serving dinner and acting up close in The Dead, 1904, a new immersive adaptation of James Joyce’s short story. Also starring Boyd Gaines, the Irish Repertory Theater production is staged at the American Irish Historical Society’s three-story, Upper East Side home, which has been restored to period decoration.

Burton, the seasoned stage actress also of Scandal and Grey’s Anatomy, goes Off Script with The Hollywood Reporter to talk acting in an immersive production, serving theatergoers nightly and unwinding after the intimate performance.

Off Script: Josh Radnor Unwinds From 'The Babylon Line' With Yoga and Oscar Contenders (Q&A)

When did you first encounter this short story?

It is one of my favorite pieces of literature. I first read it when I was 15. I was struck by the wonderful juxtaposition of light and dark, and now I know that’s what life is all about.

What do you admire most about your character?

Gretta Conroy is a vivid woman who grew in Connaught, the Wild West of Ireland, but marries an intellectual and moves to Dublin. She is a singular person. Two of my favorite actresses have played her, Blair Brown and Anjelica Huston, so I’m thrilled to join them. 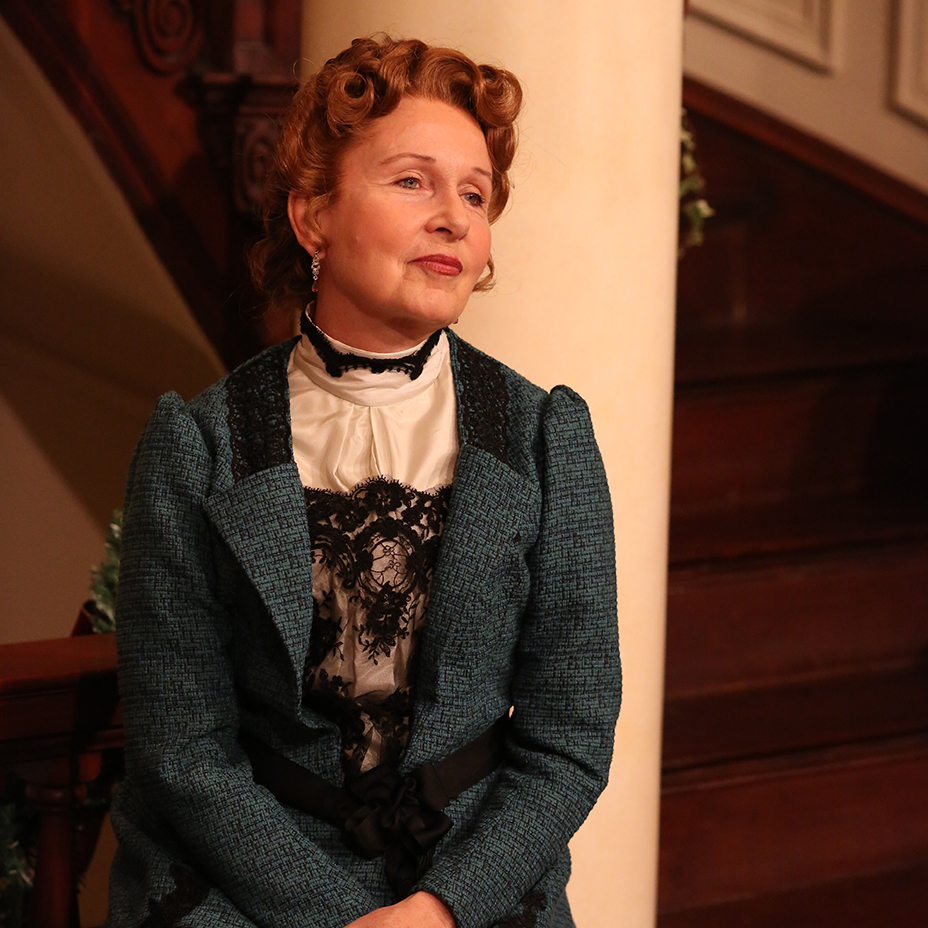 Spending time with my dog, Phil, in Los Angeles.

What new habit have you taken on for this role?

Just trying to eat healthy food in the afternoons, since we eat that dinner during every show.

How have you acclimated to the interactive moments with the audience?

I’m used to it now, but at first it was unnerving. Audience members are sometimes standing right next to me! Though they’re not involved in the action at all, we do serve them dinner. My favorite interactive moment — and it is the only one! — is when Freddie Malins offers the dinner guest next to him a stalk of celery and says, “I am under a doctor’s care at the moment.” James Russell is brilliant in this role and it’s a perfect Joycean interaction.

Off Script: How Denee Benton Survives All Those Stairs in 'Natasha, Pierre & the Great Comet of 1812' (Q&A)

How has the show’s immersive nature affected your acting?

The most intriguing thing is finding the balance between large and small in your acting choices, since some people are near you and others are much further away. But it’s been a wonderful exercise in staying in character in all different situations.

You’re much closer to the audience than you’ve been in other shows. What’s your audience pet peeve?

How long it takes us to get everyone settled and serve dinner and dessert to them! I’m very involved in this process, as I have no scripted lines during the dinner scene.

What do you like to do around NYC on your day off?

I love visiting The Neue Gallerie, MoMA and the Met, and my favorite movie houses and theaters.

A walk to the subway, a glass of wine and Charlie Rose.

The Dead, 1904 runs through Jan. 7 at the American Irish Historical Society, New York 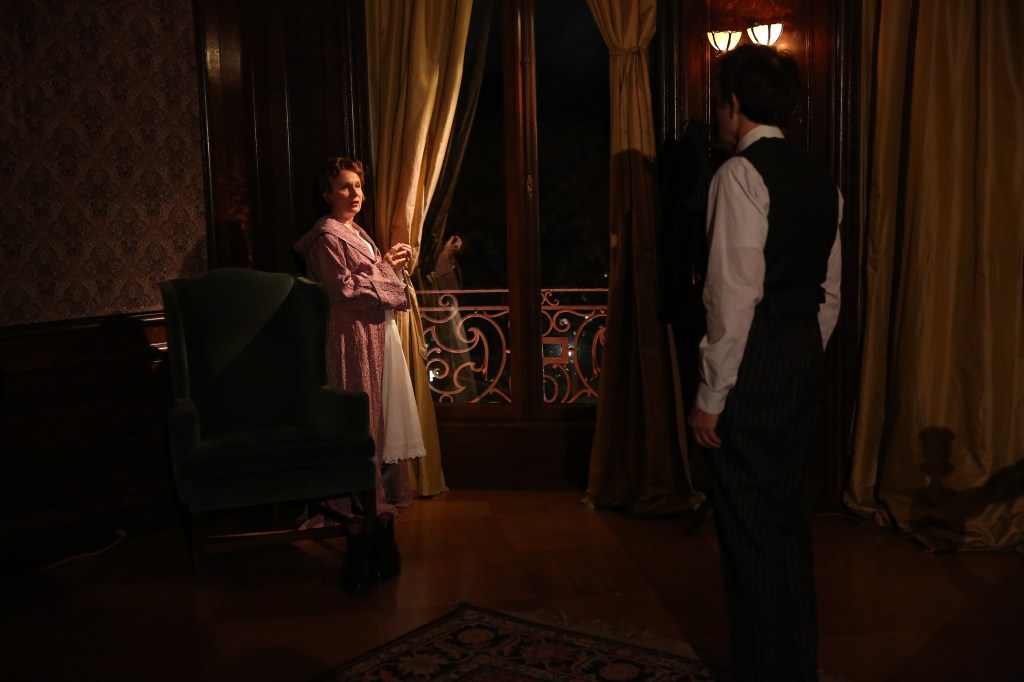