Continue to The Hollywood Reporter SKIP AD
You will be redirected back to your article in seconds
Skip to main content
February 12, 2017 4:38pm

Katy Perry, styled by Jamie Mizrahi, stepped out for Sunday’s Grammy Awards in a gold sequined Tom Ford gown with a feathered skirt.

The singer, who recently released her new single “Chained to the Rhythm,” featuring Bob Marley’s grandson Skip Marley, is set to perform during the ceremony. The Max Martin- and Ali Payami-produced song will be the first track from Perry’s upcoming fourth album release.

In addition to Perry, Beyonce, Adele, Bruno Mars and The Weeknd are expected to hit the stage.

A few hours before the ceremony, Perry took to Twitter, exclaiming her excitement about the show in all caps, “GET READY BABIES MAMA IS IN THE BUILDING!”

GET READY BABIES MAMA IS IN THE BUILDING! https://t.co/SNJms5aQtS 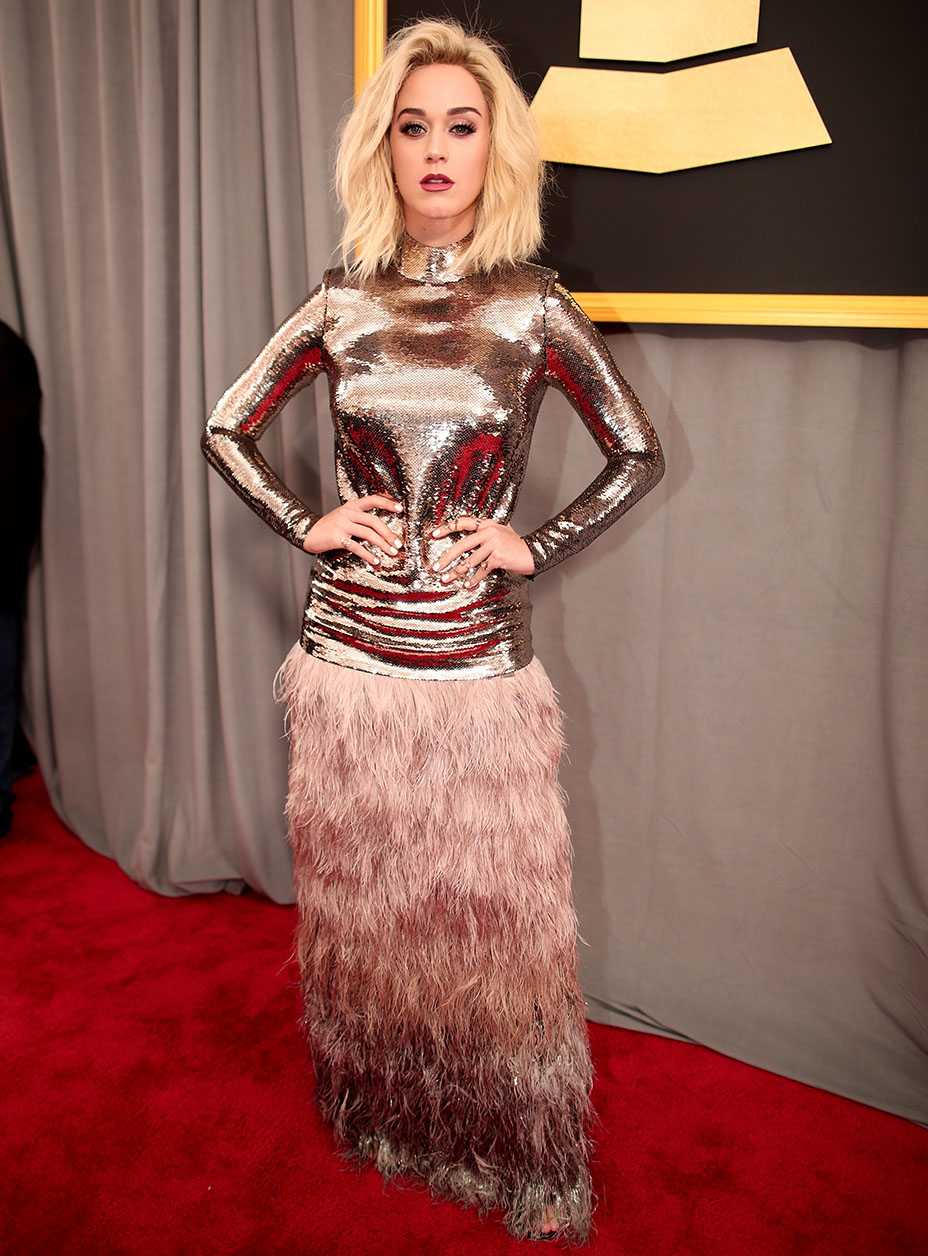