Ken Nightingall, the boom operator lovingly known to Star Wars fans as “Pink Shorts Boom Guy,” has died. He was 92.

He died Tuesday in his home outside London, according to the Association of Motion Picture Sound.

His most famous credit, however, is a movie on which he worked uncredited: Star Wars (1977).

In recent years, Nightingall became famous among Star Wars fans for his distinctive outfit during the filming of the first installment in the franchise after a behind-the-scenes photograph was shared on Reddit in 2015 with the caption, “Next time you watch Star Wars, I need you to remind yourself that all the dialogue you hear was recorded by a man in pink short shorts.”

Before long, Nightingall had become the subject of cosplay inside the Star Wars community. Last year, he told ABC News, “I think [the attention is] very nice. They seem to like it. Good for them.” The choice of shorts, he explained, was more practical than aesthetic-based. “It was very, very hot,” he said of the Tunisia shoot immortalized in the photograph.

Nightingall is survived by his wife, Rose, and his children, Toni and Terence.

Sadly, Ken Nightingall passed away last night. Ken was a boom operator, he worked on multiple #Bond films and was the famous “pink shorts” boom op on original #StarWars.
Other credits include Alfie, Funeral in Berlin, The Boys from Brazil and Supergirl. He was a legend! pic.twitter.com/8Sv6ArRecZ 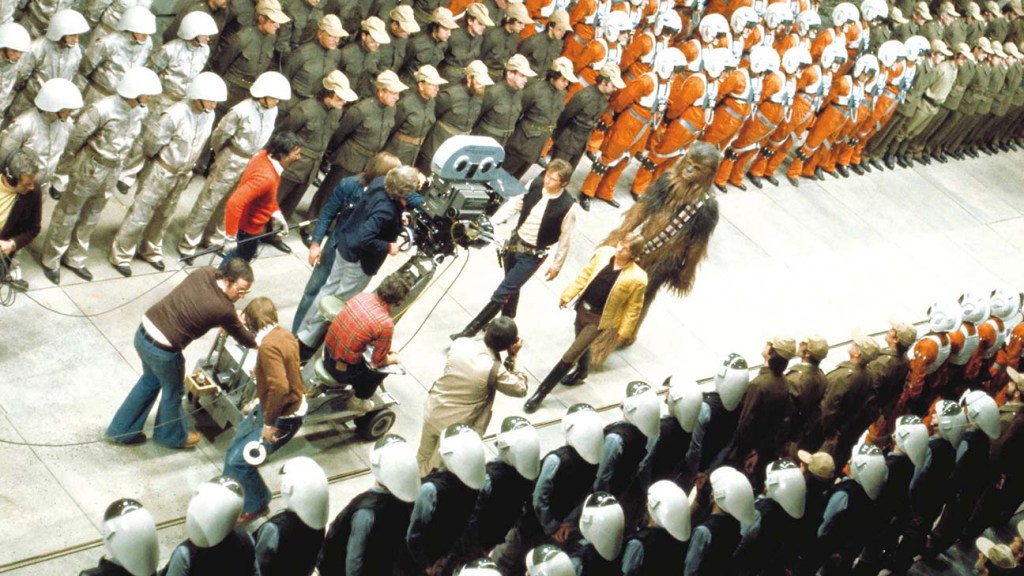