Profit participation in the TV industry was born in the 1960s, when studios and independent production companies dominated prime time at the three networks. The definition of “profits” for creative talent working on scripted series has since evolved. In those early days, the production company owner of a show would simply charge large distribution fees (typically 30 percent to 40 percent) and overhead fees (15 percent to 20 percent), which prevented stars, creators and virtually all potential profit participants from reaching defined profitability.

Then, in the ’80s, the pendulum swung in favor of talent. A top writer-producer would go to one of the broadcast networks, secure production commitments for a pilot or series and then turn to a studio for financing and distribution. Talent would even enjoy the benefit of the Investment Tax Credit, which sheltered much of the production income. In those times, talent could negotiate for the elimination of almost all distribution fees and cap overhead charges so that, on a successful series, they would be paid around the same time the studio achieved actual profitability.

Then the ITC was abolished, and Fox decided to go into the broadcast business. A three-plus-year battle between the studios and networks ended in 1993 with the Federal Communications Commission and the Department of Justice knocking out the Fin-Syn rules, which had prohibited broadcasters from owning or distributing their shows. That triggered a burst of M&A activity, resulting in several media giants. They charged distribution fees (10 percent to 20 percent) on off-net exploitation, and overhead fees (10 percent to 15 percent) on production costs and began to license their shows to affiliated entities (like Fox putting reruns on its FX channel), even when a competitive market would bring in more dollars and, arguably, viewers. This met resistance, which resulted in a concept called the Imputed License Fee. If agreed upon by the participants, it permits the producer/distributor/exhibitor to assign fixed amounts or formulas, effectively “imputing” income rather than requiring the entity to maximize gross receipts. The resulting profit participations, called “MAGR” (modified, adjusted gross receipts), are now employed by virtually all major studios, especially those that operate (or are about to operate) digital platforms like Hulu or Disney+.

Yet another significant shift in how talent is paid came in the 2010s, when new entrants from Silicon Valley disrupted the ecosystem. These entities — Netflix and Amazon Prime as paradigms — made the costly decision to go after A-list talent with a radically different pay structure. First, they made clear that — unlike the major studios — any scripted programs they developed and financed would be exhibited exclusively on their own platforms in perpetuity. The notion of traditional tiered distribution in the linear world would cease in favor of direct-to-consumer for digital, coupled with an imputed license fee. Second, they were willing to pay talent generously “up front.” Instead of contracting with top hyphenates for a yearly guarantee of seven figures, they would actually commit to an eight-figure guarantee per year. In return, instead of an open-ended backend deal that depended on how much the rights holder could obtain from unaffiliated downstream outlets, formulas were trotted out so the talent would be “bought out” for a fixed sum. And, to the chagrin of the cognoscenti, the buyout bonuses were not necessarily based on performance.

Just as the Silicon Valley entrants were attracting more and more subscribers with a “binge” release model, star-studded programming and easy-to-manage user interfaces, there was a corresponding loss for linear channels. Domestic ratings fell like a rock on broadcast networks, basic cable and even premium pay outlets. The issue had to be addressed: Would (or could) the vertically integrated media giants dare to compete with Silicon Valley? And if so, how? What approach might they adopt in dealing with talent?

Today, as we see spending on premium scripted content — both in production and marketing — rapidly accelerate, there has been a pronounced shift in business models from linear to on-demand; the result thus far has been a race to the bottom for profit margins and free cash flow generation. Will the media giants treat profit participants in the same manner as the giant digital companies?

It is not a surprise that each vertically integrated media giant has chosen a different path. 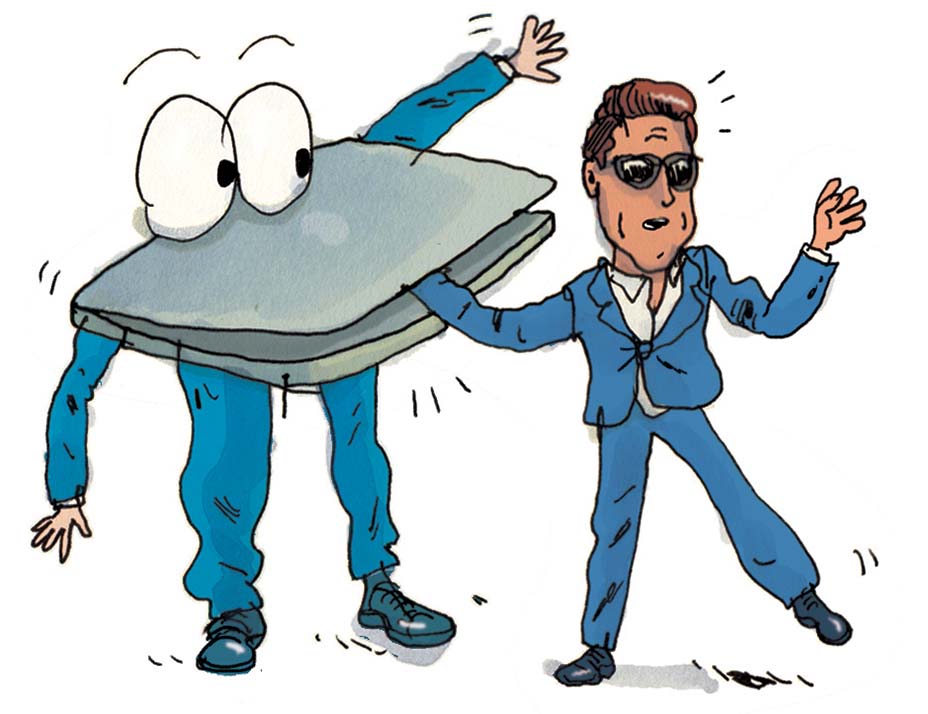 DISNEY In November, Disney debuted its so-called Series Bonus Exhibit on deals for subscription offerings (in particular Disney+ and Hulu). The SBE rewards profit participants with bonus payments for longevity (starting with the second season); current program rankings (with separate computations for linear or digital programming); awards like Emmys or Golden Globes; library performance (after production ends); and with separate accountings for merchandising/licensing (unless the content is based on preexisting Disney programming), traditional VOD rentals and electronic sell-through, music and publishing.

Detractors maintain that the payouts are substantially less than can be earned on successful series with a traditional MAGR definition. They claim it may trigger singles and doubles, but never the home runs that have made prominent TV creators very rich. Disney, on the other hand, believes its formulations are more favorable. The SBE is worldwide (it substitutes for both Disney and off-Disney gross receipts) in all media except as described above, and over-budget deficits are essentially absorbed by Disney.

In certain situations, a participant can elect a MAGR measurement, but the SBE is the de facto form used by Disney (and now, thanks to its 2019 acquisition, Fox). Negotiating for a MAGR could lead to the most significant upside for participants.

WARNERMEDIA The digital deal formulation from AT&T’s WarnerMedia unit applies to Warner Bros., Turner and HBO outlets. A participant would receive an imputed license fee from HBO Max (the forthcoming streaming service), which is tiered and dependent on which of three possible platforms are controlled by Warner and when those platforms occur in sequential distribution. There are different rules governing episodes with a “second window” (but not a “first window”) on an affiliated subscription service, and so on. Unlike Disney, once a participant has “graduated” from the imputed license fee, the next step is to compute revenues from other territories or rights in an enhanced MAGR definition, as opposed to Disney’s buy-out bonuses. Here, the participant is tagged with budget overages.

This structure seems more favorable than the Disney formulation — but only if the imputed license fee applies solely to domestic gross receipts. Warner may well change this structure if it can introduce a lower monthly fee for consumers (it is now charging $15 per month for HBO and HBO Max).

NBCUNIVERSAL Beginning this spring, NBCU will use Peacock as its streaming outlet — and offers still another imputed license fee structure. It takes an ad-driven video-on-demand (AVOD) approach with a goal of five minutes of ads per hour, compared to the usual 16 to 18 minutes on linear TV. The service will come in three varieties: free and ad-supported for existing Comcast customers; $5 per month for Peacock Premium (for twice as much content, earlier window availability and 4K); and a completely ad-free offering for $10 per month. The NBCU deals buy out the first decade of use of On Demand material (excluding traditional VOD and electronic sell-through), scheduled streaming and non-theatrical in the U.S.

Unfortunately for participants, the imputed license fee mandates a deficit (15 percent) compared to the net approved budget for scripted dramas for the first four seasons (there is no prescribed deficit on comedies). All other rights are reserved for the linear NBCU studio for exploitation under the MAGR definition it now employs. It seems the participant would have to bear non-approved budget overages. NBCU may still be charging a distribution fee under its MAGR, which puts it out of sync with its competitors.

The overriding issue for NBCU, however, is whether its ad-driven streaming service can appeal to cord-cutters and generate a meaningful user base.

VIACOMCBS The newly merged company has three different digital platforms to exploit: CBS All Access, Pluto TV and Showtime. All Access and Showtime are subscription platforms and Pluto is AVOD. Will these be combined in some manner? It’s uncertain — just as it is uncertain how ViacomCBS will treat profit participants. It hasn’t announced a plan, but one would imagine it being closer to Peacock than Disney+, given the linear offerings of CBS and the Viacom cable networks. A hidden issue here is whether the company has sufficient resources to compete digitally; so far, the announcements have focused on its so-called “arms dealer” approach — maximizing revenues from digital gatekeepers as opposed to building a rival service.

SONY With several changes of corporate ownership over the past 50 years, the company has yet to establish entertainment channels in the U.S. market (although it has had success in creating action-adventure channels internationally). My bet is Sony will focus on producing for the digital giants, just as it has prospered, to some extent, in serving linear networks domestically.

It’s virtually impossible to predict which of these five companies is best for participants, let alone whether they will succeed in the “streaming wars.” After all, Netflix has been around for more than a decade and has yet to show a dollar of free cash flow from operations. The new apps are costly to build, market and stock with content, let alone to reward creatives on the backend.

There’s now a streamer at every price point.

KEN ZIFFREN is a veteran entertainment attorney and has served as L.A.’s film czar since 2014.