Kenan Thompson still has the same animated baby face that endeared him to a generation of kids who watched Nickelodeon in the ’90s — but despite appearances, a lot of time has passed since All That and Kenan & Kel were on the air. Now 40, Thompson just completed his 15th season as a member of the cast of Saturday Night Live — at the start of which he passed Darrell Hammond for the longest tenure in the show’s illustrious history.

Thompson, who received his first Emmy nomination in 2017 (for the song “Last Christmas,” which he co-wrote for SNL with Chance the Rapper), recently sat down with THR in his dressing room at 30 Rock, where he reflected on the most recent season, his long stay and what might be next. Highlights appear below; the full conversation can be heard on THR‘s podcast, ‘Awards Chatter.’

'Saturday Night Live': All the Season 48 Hosts and Musical Guests

Over the past two seasons, the show has been on a remarkable run. When did you realize it was on a different level?

I knew it was on a different level from the first time [Alec Baldwin] did Trump. He knocked it out of the park like real hard. And I’ve seen that happen a few different ways, like when Tina [Fey] was doing Sarah Palin — every word out of her mouth, people were unable to contain themselves because it was so smart and funny and unexpected at the same time. They felt privileged to be witnessing it. Once he did it and it got that same kind of response — it was explosive.

Fans love your impressions and versatility. What aspect of your contributions to the show are you proudest of?

Even if you are a great impersonator, if you are not able to contribute to the rest of the show, that becomes readily apparent. I always wanted to be well-rounded. I’m a big-time team player. I’ve also known that I need people. If I was able to sit down and type a sketch all by myself, I might be more of a dick. I’m humble enough to know that I do well when I’m working with others.

A lot of SNL castmembers have said that they can’t really figure out what Lorne Michaels is thinking about them.

He does the greatest Jedi mind trick ever. He has a way of being like, “So you know people would like this to be good, right?” And then he’ll walk away. It’s like, “Is it not good? What the fuck is going on?” Then you’ll go out there and destroy it. He has a way of lighting that flame under people, which is great coaching.

This season you broke the Darrell Hammond record for longest-tenured castmember. How did you process that?

I almost felt a little guilty because I’ve always been close to Darrell. I’ve always seen him as Yoda, and he reciprocated that — he was always checking in on me, and he would always jive with me. I don’t think anybody has said “Live from New York” more than Darrell because there was a ginormous window where it was just all political cold opens. So when I started approaching the record, I was like, “Man, that’s crazy.” I felt a little guilty at first, but he was always cool about it.

Michaels has said of you, “I dread the day when he actually leaves.” Do you think about leaving? How will you know when the time has come?

I think about leaving and I fear it. This is such a special place, you want to do your part here, but you also want to make room for people that are coming behind you. This was the first year I really started feeling like, “OK, I could push out of it now.” Chris Redd is super-duper strong, and I really look forward to his potential on the show. That was the first time I thought, “Maybe I should give this dude more room.” If that’s the case, then it might be time to move on.

Not really. I’m not overly excited about going back to auditioning.

THOMPSON ON HIS 4 MOST MEMORABLE ALTER EGOS 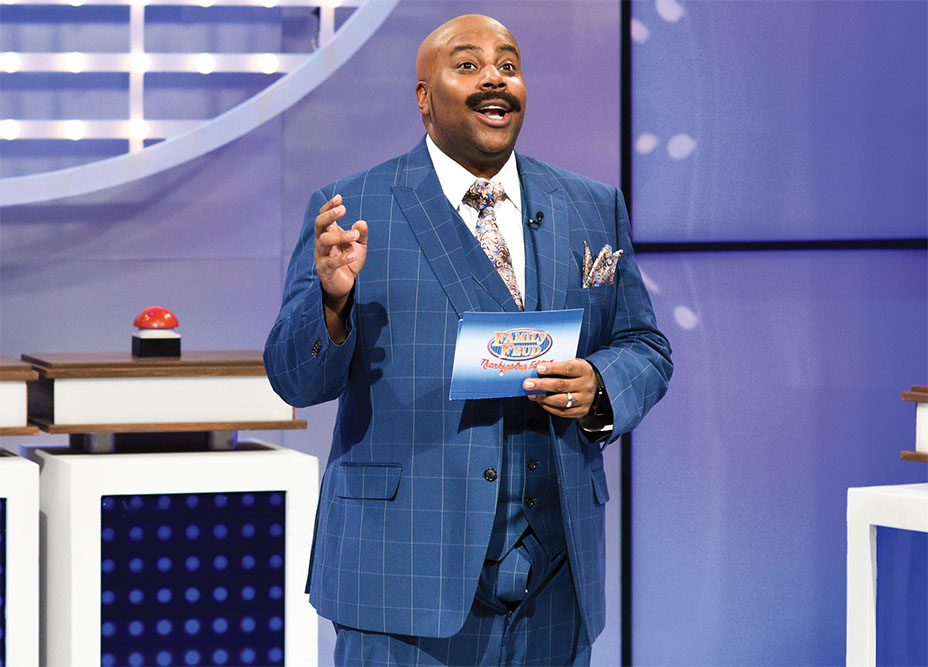 Steve Harvey
“I know Steve from doing The Steve Harvey Show. Once he did Who Wants to Be a Millionaire, it was more of a joke that people could relate to because it was like, ‘Maybe Steve should have prepared a little bit more.’” 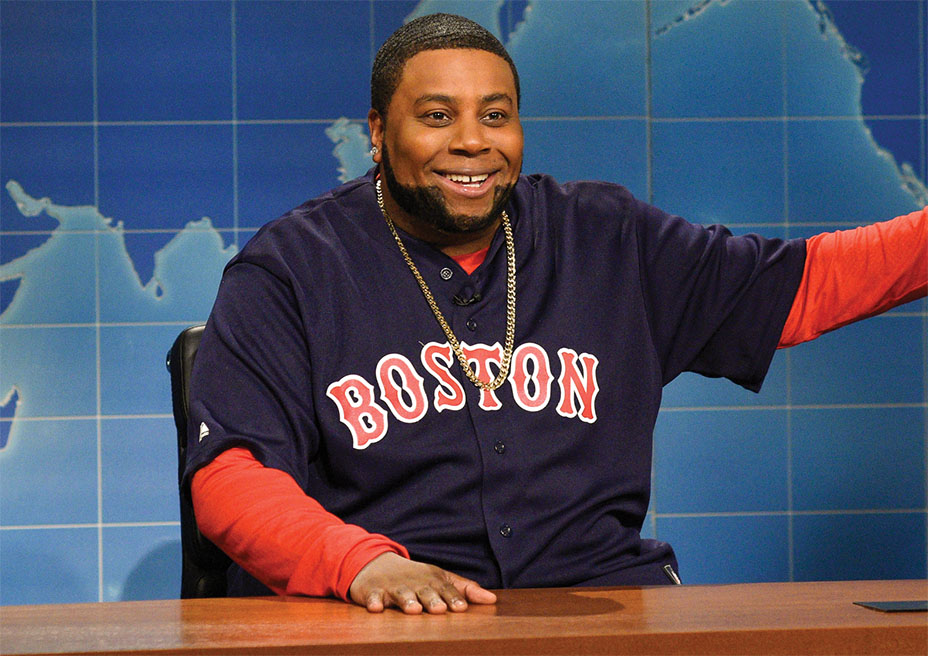 David Ortiz
“It’s just glee all over that dude. Happy about food, happy about life, happy about being a stud, you know what I mean?” 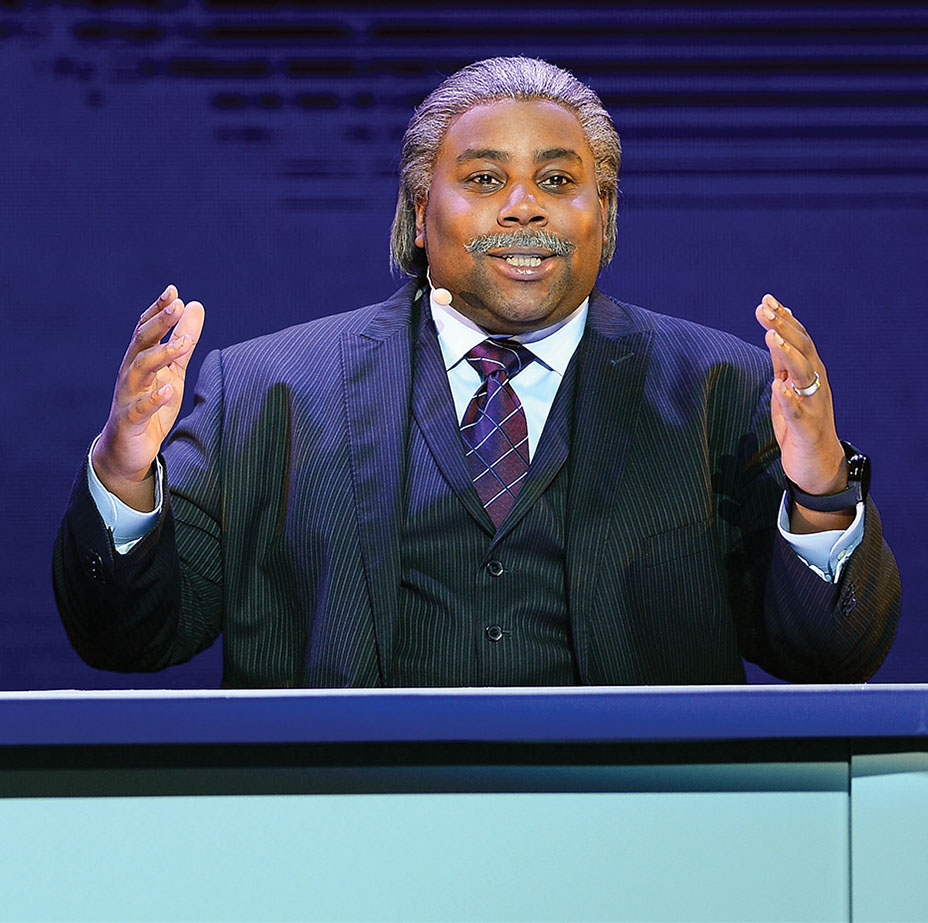 Al Sharpton
“Anybody with a big voice is always a lot of fun in life. I’ve loved him since David Alan Grier was doing him on In Living Color, with the perm and the jumpsuits. The fact that Sharpton stayed relevant enough for me to keep doing it in my time — I love that.” 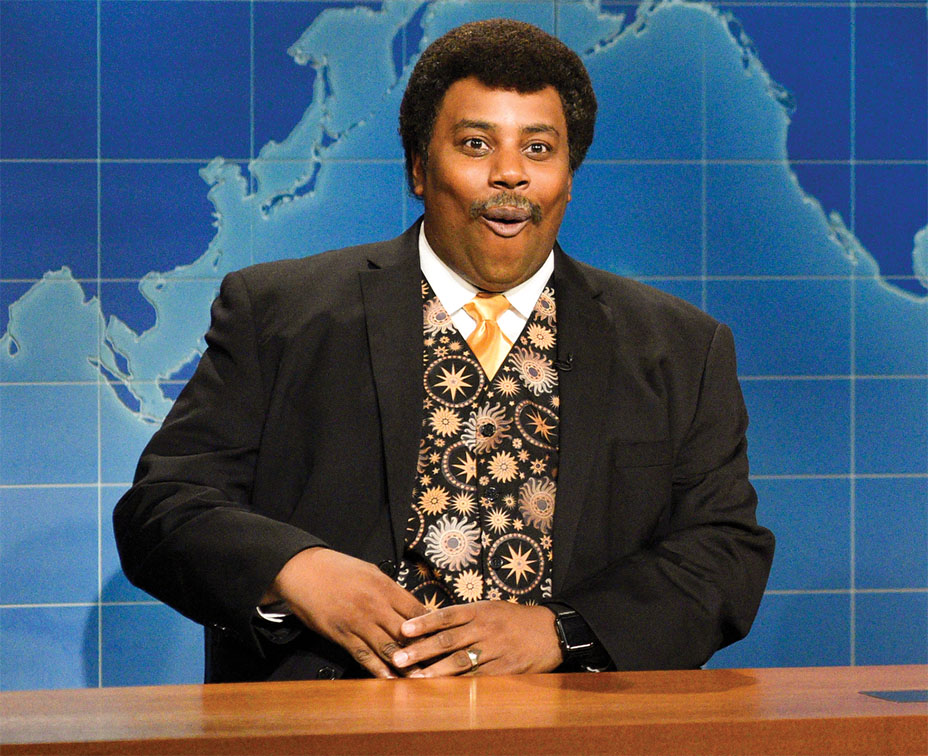 Neil deGrasse Tyson
“Another joyous one. He’s just all happy about dealing with the littlest things that excite him in life, which is mostly science-based stuff that nobody else can relate to, but it tickles him.”