One night after she wowed in a shimmery black Rodarte number at the Producer’s Guild Awards, Kerry Washington hit the red carpet again, this time for the SAG Awards. The actress, styled by Erin Walsh, wowed in a white off-the-shoulder Roberto Cavalli gown.

In response to Donald Trump’s executive order banning immigrants from seven predominately Muslim countries, the Scandal star took to Instagram before the red carpet to share that she would be wearing a safety pin — the political fashion statement that began shortly after Donald Trump’s presidential victory as a way to show solidarity with minorities, immigrants, women and members of the LGBT community.

“I’ll be wearing one of these tonight. On my arm. To show solidarity. We will not stop fighting for our safety & the safety of our fellow citizens and human beings. #NoBanNoWall #safetypin,” captioned Washington.

The actress is nominated for outstanding performance by a female actor in a television movie or miniseries for her role as Anita Hill in Confirmation. Washington is up against Bryce Dallas Howard (Black Mirror), Felicity Huffman (American Crime), Audra McDonald (Lady Day at Emerson’s Bar & Grill) and Sarah Paulson (American Crime Story: The People v. O.J. Simpson). 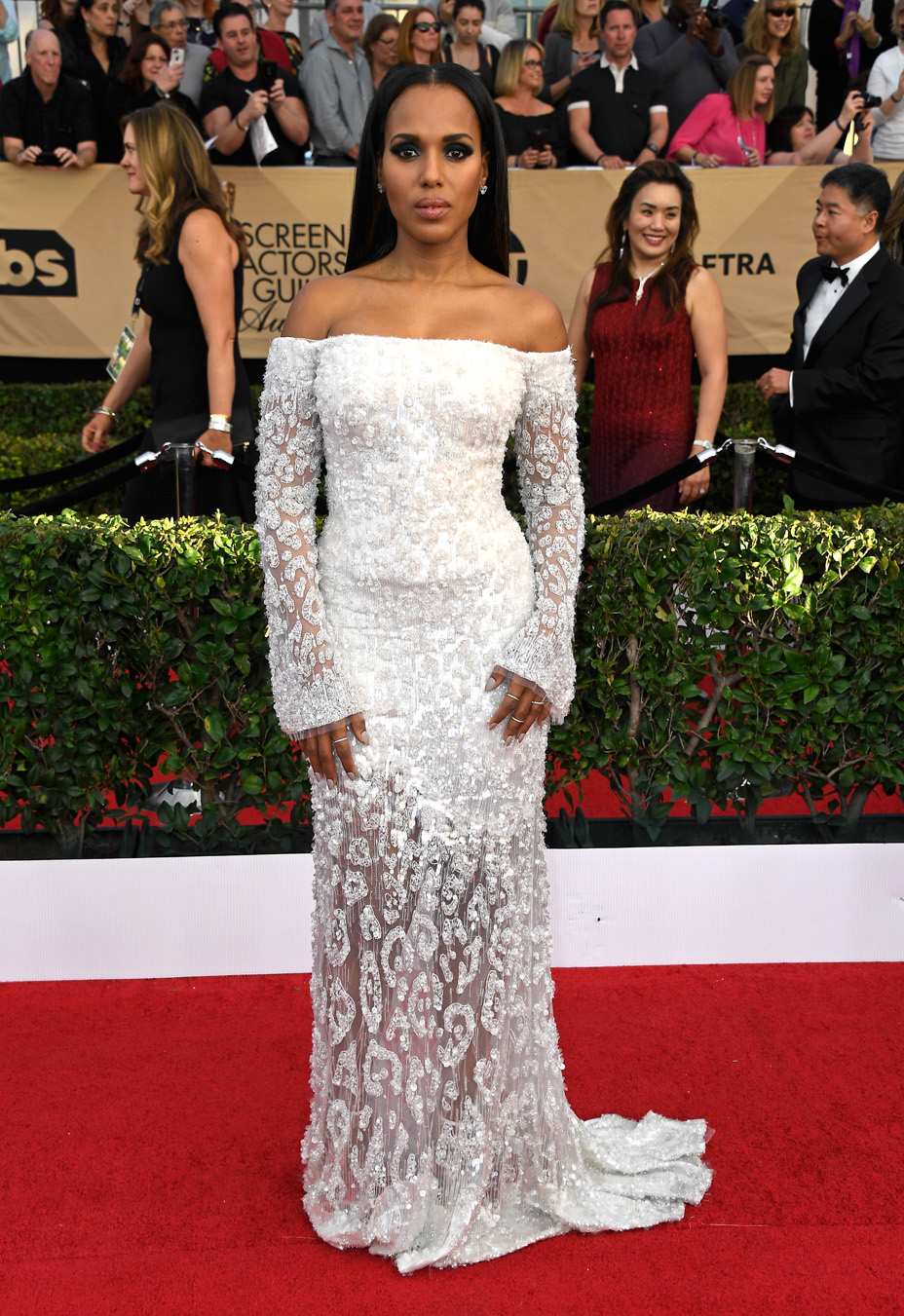