Two big Hollywood brands announced a collaboration Sept. 9. The Muscular Dystrophy Association, whose star-studded signature telethon went dark six years ago, not long after a sour split with longtime host Jerry Lewis, found a new emcee in top-grossing comedian Kevin Hart — his first major hosting turn since he resigned amid controversy as emcee of the 2018 Oscars. The team-up offers potential upsides for both.

The telethon, which the charity touts as having netted more than $2  billion to benefit its missions of research and care, is a signature franchise and pop culture phenomenon that was hosted by Lewis for 44 years and saw stars like Jennifer Aniston, Dolly Parton, Ray Charles, Betty White, Jerry Seinfeld and many more beamed across hundreds of local TV affiliates. Now, in a pandemic pivot, it’s reinventing itself on YouTube for a two-hour pledge drive with the likes of Gabrielle Union, DJ Khaled and John David Washington as a two-hour virtual pledge drive to help make up for the organization’s canceled slate of regular in-person fundraising events, like local run-walks. The MDA says its donations are down upwards of 70 percent so far this year.

The Hollywood Reporter's Celebrity Entrepreneur of the Year: Kevin Hart

The event will air on YouTube. “More people watch YouTube on linear TV than ever before, and certainly the Paris Hilton event from a few weeks ago” — she recently starred in a revealing YouTube Originals documentary, This Is Paris, that has been viewed more than 11 million times — “demonstrated its power,” explains MDA president Lynn O’Connor Vos.

Hart, who recalls marveling as a child at Lewis’ emceeing stamina of the original all-night live event — “he truly went around the clock, showcasing this extreme dedication to the cause” — is clear that he intends to play it safe during his two-hour event. “We’re in extreme sensitive times,” observes Hart, whose high-grossing films are typically family friendly but whose stand-up routines can get edgy, “and you have to carry yourself accordingly. It’s a must now.”

MDA partner United Entertainment Group and adviser Roc Nation suggested Hart as host despite the tumult that followed his Oscar resignation. In late 2018, the entertainer prompted a news cycle when he quit after the resurfacing of his past homophobic comments. He announced his departure in an Instagram video by stating: “I just got a call from the Academy and that call basically said, ‘Kevin, apologize for your tweets of old or we’re going to have to move on and find another host’ … I chose to pass. I passed on the apology.” A day later, however, in a post announcing his resignation, Hart did apologize, writing: “I sincerely apologize to the LGBTQ community for my insensitive words from my past.”

Less than a year later, Hart suffered major back injuries while riding in a car that rolled down an embankment in Calabasas. Asked about Hart’s history, Vos says: “I’m only looking forward — he’s a spectacular star.” 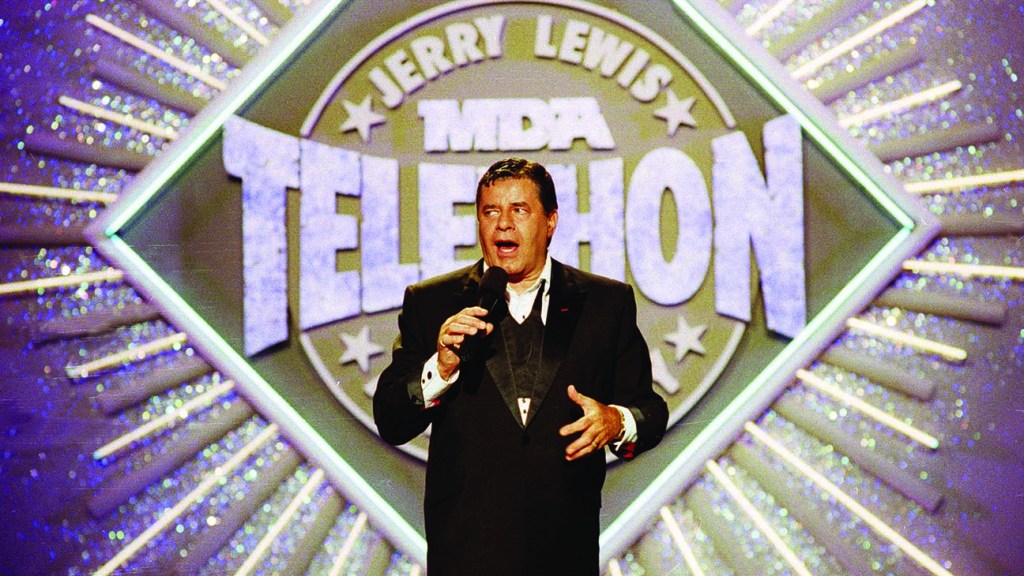 The telethon began 70 years ago as a local affair, broadcast early on out of a single New York station before ballooning a quarter-century later into a national phenomenon, syndicated at its height to more than 200 TV affiliates from a Las Vegas stage. It became a cornerstone of 20th century Americana, with its perennial Labor Day weekend appeal: Ed McMahon announcing, a bonanza of big names guesting (Jack Benny! Milton Berle! Carol Burnett! Richard Burton!) and Lewis’ slapstick-happy endurance performance — the show went on for 21 and a half hours — ending each time with his rendition of Rodgers and Hammerstein’s “You’ll Never Walk Alone.” Perhaps its most indelible moment came in 1976, when Frank Sinatra surprised Lewis by reuniting him with Dean Martin, the stage partner with whom he’d acrimoniously parted 20 years earlier. Lewis famously quipped: “So, you workin’?”

The event reached its zenith in 2008, with the tote board publicizing more than $65 million in donations. Everything afterward was decline, with Lewis — whose health and stature had been dwindling — making his final appearance in 2010. Other hosts were brought in, including American Idol’s Nigel Lythgoe, as programs were cut to a comparatively svelte six hours, then three, then two, before they signed off for good after 2014’s edition. Lewis died in August 2017 in Las Vegas at the age of 91.

Meanwhile, the head of the MDA paid obeisance to “the new realities of television viewing and philanthropic giving,” including the 2014 viral triumph of an internet-driven fundraiser for another neurodegenerative disease: the Ice Bucket Challenge benefiting ALS.

New telethon director Jonathan Krisel — known for his work on Portlandia, Baskets and Saturday Night Live’s Digital Shorts — believes that the pandemic era, with its perpetual videoconferencing and at-home-focused entertainment, has readied America for a next-gen event. “It’s a variety show as big Zoom call, where you’re able to be a part of it: There’s this intimacy that this time has provided, which is a good thing for what we’re doing, since it’s about connecting,” he says.

After Hart signs off for the night, a nostalgia-driven “overtime” show will attempt to capture some of the Lewis era’s round-the-clock sensibility, fueled by clips of guest performances beloved by the landline generation for whom the word “telethon” still retains resonance. “Some of those same stars from the footage may then drop in,” Vos teases.

This year’s telethon also will include an esports component, Let’s Play for a Cure, which will simultaneously stream its gaming event on Twitch and feature top players from League of Legends, Fortnite and Call of Duty. “Our kids, with their mobility issues, find gaming to be a way to really connect with others,” says Vos, “and it’s a whole new way to generate fundraising and relevance with a younger audience.”

Proceeds from the virtual event also will go to Help From the Hart, the comedian’s 3-year-old effort to assist underserved communities through initiatives like educational scholarships and financial literacy programs. Vos declines to reveal what percentage, except to note that the majority of funds raised would remain with the MDA. 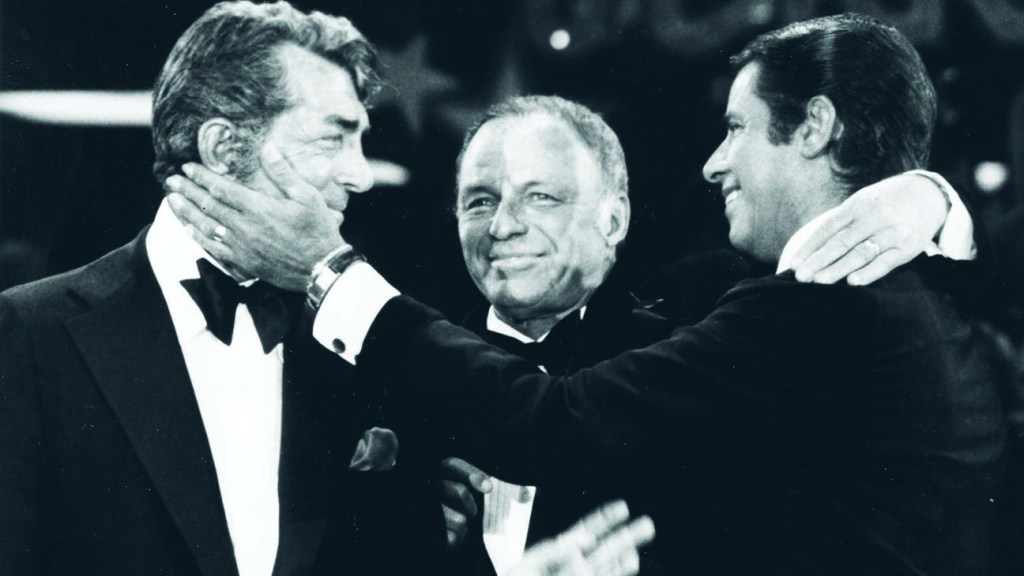 The stakes may be higher for the MDA than for Hart. Two respected nonprofit assessors currently give the MDA low ratings based on evaluations of its tax filings and audited financial statements. Charity Navigator assigns a score of 63.78 out of 100, equal to one star out of four, on its rating system for financial performance. In a statement, the MDA counters that its score is dragged down by a historical pension plan that’s been frozen for the past decade, one that was established when the organization had a larger employee base. It explains that it’s recently taken steps to “streamline the cost to deliver its programs, fundraising and administrative support.”

Meanwhile, CharityWatch — which in the past has awarded the MDA an “A” grade — rated the MDA a “D” based on its 2019 numbers. CharityWatch points to several areas of concern, observing that the MDA spent only 51 percent of its budget on programs last year, that it costs the organization $49 to raise each $100 in cash support from the public, and that its fundraising expenses have increased 152 percent since 2016 while contributions have decreased 16 percent in that time. By the end of last year, the organization had a deficit fund balance of more than $700,000, meaning it owed more to outside parties than the value of its assets. While not significant relative to the MDA’s annual budget — more than $112 million — there was, in essence, nothing saved for a rainy day. (The MDA blames the negative balance in 2019 on a pension accounting rule adjustment, noting “this is a non-cash adjustment and fluctuates significantly from year to year.”) Also alarming to the watchdog was the MDA’s self-reporting that it had borrowed from donor-restricted funds to cover operating costs. “The charity will need to raise general operating support to pay back the nearly $6 million it borrowed from these donor-restricted funds,” says CharityWatch executive director Laurie Styron. The MDA claims that it “has never borrowed money from donor-restricted dollars to fund operations.”

Chris Rosa, who served on the MDA’s board for nearly two decades until last year, observes that while the telethon was an undeniably important fundraising vehicle, its value was larger. “As much as anything else,” he says, “it was about public education and public recognition,” adding, “It was a galvanizing moment each year.”

The Lewis-era telethon also was frequently criticized for its pitying depiction of children with muscular dystrophy, led by the attitude of the host, who in 1973 held a child up and announced: “God goofed, and it’s up to us to correct His mistakes.” (A group of self-described “Jerry’s Orphans” picketed the event in more than a dozen cities in the early 1990s after Lewis published an essay in which he imagined himself dystrophic: “I realize my life is half, so I must learn to do things halfway. I just have to learn to try to be good at being half a person … and get on with my life.”)

Those in charge of the show now are keen to avoid content that might be perceived as cringeworthy, much less exploitative. “Decades ago, there was a different way of representing individuals,” says Jared Pearlman, senior vp at the telethon’s production agency, United Entertainment Group. “Today, we want to put the focus on solutions. It’s about messaging, treating people like individuals — leading with empathy. That’s the right thing to do in 2020.”

Krisel, the director, notes that this means both showcasing how donations have led to medical breakthroughs that have changed what it means to live with neuromuscular diseases but also illuminating the stories and personalities of those with muscular dystrophy. “These people aren’t props,” he says. “They aren’t their disabilities. They don’t want to be defined by it. You need to hear about their passionate lives beyond it.”