In February, after filmmaker Kevin Smith suffered a heart attack, his doctor told him he needed to shed 50 pounds. Seven months and one Weight Watchers spokesperson contract later, Smith, 48, has fulfilled his physician’s orders, announcing to his 1.6 million Instagram followers Aug. 26 that he now weighs in at a slim 205 pounds, the “lightest I’ve been since high school.”

He’s still making money for it, too: Smith has served as a Weight Watchers ambassador since the spring alongside Oprah Winfrey and DJ Khaled, following in a long line of celebrity pitch people that has also included Jennifer Hudson, Charles Barkley, Jessica Simpson and Jenny McCarthy. 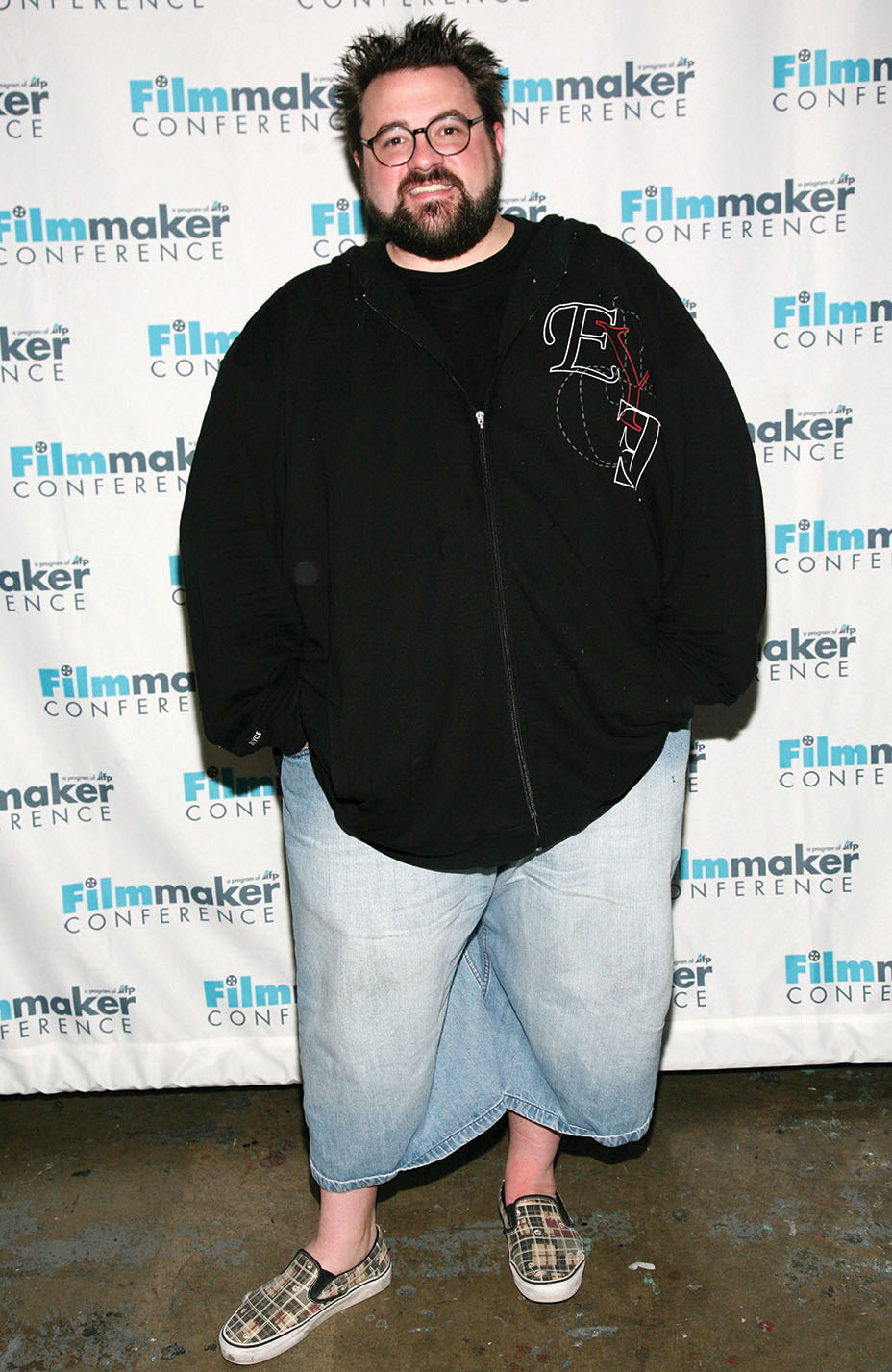 “Filmmaking used to come with a side benefit back in the day: a delicious, sugary snack buffet called craft services. Sugar, salts, oils and breads — you could graze for hours while making a movie, never thinking about the consequences. It wasn’t until post that you’d finally notice you’d packed on the ‘filmmaker 15,’ ” he explains. “But post-heart attack, I avoid the craft services table altogether. Historically I’ve had a hard time saying no to free junk food, so now I just simply steer clear of ‘Snack Canyon.’ Also, I rarely ever sit on set anymore. You can easily get your 10,000 steps in on any set simply by remaining on your feet all day.”

In addition to Weight Watchers, Smith credits comedian Penn Jillette and his book Presto, and NASA scientist turned nutrition and weight loss specialist Ray Cronise for encouraging him to stick to a plant and potato-based diet. Smith also credits his daughter, Harley, for introducing him to a vegan lifestyle.

His diet partners are happy to be a part of this journey, says Mindy Grossman, Weight Watchers president and CEO. “By sharing his progress on the WW Freestyle program as a WW member and brand ambassador, he is inspiring others and showing it’s possible to live life — real life — and sustain healthy habits on WW.”

SMotivation: While walking Shecky back in August of 2013, a hidden paparazzi snapped pics of me that wound up on the @dailymail website. It was pretty humiliating, to say the least. So in an attempt at a Daily do-over, here’s an image of what I look like 5 years later while walking the same diminutive dog (photo by @harleyquinnsmith). Just saw my cardiologist (husband of @rikki_ladenheim_events) and he says I’m doing great since the heart attack. Next up: I’ll be adding a serious exercise regimen, beyond just all the dog-walking. And a side note to my friends and family: I’ve lost my phone. I’ll be getting it replaced, which means I’ll have a new phone number now. If you get texts from a number you don’t recognize, it’s probably me. I’ll use the safe word “PillowPants.” #KevinSmith #dogwalker #dogwalking #weightlossjourney #weightlosstransformation #weightwatchers #shecky #dailymail #SMotivation

A benefit to dropping lbs. is now I get to play with the past and make lotsa before & after pics! The left photo is from the #zackandmirimakeaporno premiere in 2008 when I weighed my most at 330 pounds. The photo on the right is from today, when I weigh 205. The guy on the left has no idea one day he’ll become a @weightwatchers ambassador or look like the guy on the right. The guy on the right is only interested in staying alive longer and never going back to an operating room. #weightwatchers #WWambassador #weightlosstransformation #weightlossjourney #WWFreestyle #WWFamily #WWBros #WWCommunity #ad *People following the Weight Watchers program can expect to lose 1-2lbs per week.