The reference was to Avi Lerner, the 71-year-old founder and CEO of Millennium Films, who confirms to THR that he indeed knows Kirk. Seemingly with a push from Ratner, Lerner has worked unsuccessfully for two-plus years to help the aspiring 26-year-old British actress secure roles in movies produced by his company, including a female-fronted version of The Expendables that never got made and Chuck, a 2016 boxing drama starring Liev Schreiber.

Sources say Lerner’s most focused effort, to include Kirk in the upcoming Hellboy, was resisted by the film’s producer, who refused to cast her. A Millennium spokesperson didn’t respond to a request for comment.

The campaign to put Kirk in movies came as the actress had become a serious problem for Warner Bros. chairman Kevin Tsujihara. As reported by THR, after the married Tsujihara started an affair with Kirk in September 2013, she pressured him to help her find roles. Tsujihara set up introductions on her behalf, and she secured small parts in two Warner Bros. films: How to Be Single, from the studio’s New Line label, and Ocean’s 8. Tsujihara’s lawyer says his client played no “direct role” in Kirk’s hiring. In a March 8 letter, Tsujihara apologized to Warner Bros. staff for “mistakes in my personal life”; WarnerMedia is investigating his conduct.

Kirk was introduced to Tsujihara by Australian billionaire James Packer, then partners with Ratner in Warners-based RatPac Entertainment. At the time, Kirk was having an affair with Packer, according to texts between them, but then Kirk’s attention turned to Tsujihara.

As the one who had introduced Kirk to Packer in the first place, Ratner appeared to become the point person in the attempt to placate her when her demands on Tsujihara escalated. (Through attorney Marty Singer, Ratner says he was acting as a friend to Kirk.) By 2016, the parties were discussing a settlement that would have required Ratner to get Kirk six auditions for films and cast her in the next movie he directed.

In the wake of sexual misconduct allegations, it is unclear when Ratner might direct again; Warners has severed ties with him. Ratner’s attorney says the agreement was never signed, but Kirk’s attorney Raymond J. Markovich referenced an oral agreement in an email exchange with Kirk on Aug. 21, 2016, citing “1 or more film roles.” Two months later, Kirk was working on Ocean’s 8.

As Ratner attempted to help Kirk secure roles — imploring her to stop contacting Tsujihara — the focus of his efforts shifted to Lerner’s Millennium. Lerner has a well-established reputation not just for making B action movies but also as a producer whose parties and film sets are often populated with aspiring actresses and attractive women.

In May 2017, a former creative executive sued Millennium as “Jane Doe” alleging among other things that during her tenure at the company, Lerner hired “unqualified girlfriends” as producers. When she protested, the suit alleged, she was told “the girls” were valuable to the company because they procured prostitutes for actors and for Lerner’s friends. In a January interview with THR, Lerner called the lawsuit “nonsense,” and the case was apparently settled. Jane Doe declined through her lawyer to comment.

Lerner made news recently when he hired Bryan Singer to direct a reboot of Red Sonja. After Singer was accused in an Atlantic magazine article of sexually assaulting underaged boys, Lerner dismissed the story as “agenda-driven fake news,” then walked the statement back. Eventually, he dropped Singer from the project because he was unable to secure a domestic distributor.

When it came time to cast the Millennium-financed Hellboy remake, sources say veteran producer Lawrence Gordon balked at giving Kirk a major role, even though he was pressured not only by Lerner but by a number of influential individuals in Hollywood. Speaking on the condition of anonymity, one top executive at another media giant confirms that Kirk is a “friend” whom he met several years ago through a member of the Hollywood Foreign Press Association and acknowledges that he attempted to intercede on her behalf. Gordon declined to comment.

If Gordon wasn’t sold on Kirk’s acting, Hellboy director Neil Marshall was impressed. “She was my top choice for [Alice], and I pushed hard for her to get the role,” Marshall tells THR in an email. “Ultimately, despite the high quality of her work, she wasn’t considered a big enough ‘name.'”

A rising director, Marshall has episodes of Game of Thrones and Westworld under his belt; Hellboy marks his highest-profile film. He was so taken with Kirk, according to a source, that last summer Marshall left the Hellboy production, which had begun shooting in the U.K. but was moving to Bulgaria, to spend time with her. Leaving the project at that point was highly unusual and Marshall barely returned in time to resume the shoot. He then stunned associates by splitting with his longtime agent turned producing partner and abandoning other potential projects. He and Kirk moved in together as Marshall devoted himself to pitching horror films that Kirk would not only star in but co-write.

“Charlotte is a true creative force,” explains Marshall, “and I’m proud to be collaborating with her.” Marshall approached several top producers about backing these projects, but all passed. Finally, one of the films, The Reckoning, about a woman accused of witchcraft, was announced late in 2018 as the inaugural venture of the troubled MoviePass Films (the film was slated to shoot in Puerto Rico in the first quarter of 2019) .

At this point, MoviePass co-CEO Randall Emmett emphatically denies the company is still involved. “We optioned a movie from Neil Marshall, but the rights lapsed when we couldn’t raise the financing and he now owns it outright,” Emmett says. Marshall says The Reckoning is in preproduction, but it is unclear what, if any, entity is backing the film.

Kirk recently posted a photo on Instagram of herself and Marshall from a trip to Puerto Rico — apparently on a private jet — but has since deleted it.

Meanwhile, Kirk has filmed portions of Nicole & O.J., based on the premise that the former football star was the victim of a setup. On June 28, 2013, Kirk texted Packer that she would star as Nicole Brown Simpson. Actor Boris Kodjoe (Code Black, Resident Evil) would play the ex-running back. The project would be directed by Joshua Newton, who has few listed credits.

The O.J. movie remains unfinished, but the footage shot to date was filmed in Sofia, Bulgaria. Although not a Millennium project and apparently not done on Lerner’s soundstages, it employed a crew consisting of regulars who work on Millennium films. Newton says the film, with a budget thought to be between $2 million and $3 million, is backed by a British insurance executive named Kevin Farr. The director hopes to complete the project by November but is still looking for a distributor.

Newton, who explains to THR that Kirk is a former girlfriend, said the finished film would be a revelation. Kirk is “a dedicated actress who takes her craft really, really seriously,” he says, adding that when his movie is released, “She will be one of the most sought-after actresses on the planet.”

In a statement to THR, Kirk has denied “any inappropriate behavior on the part of” Ratner, Packer and Tsujihara and said she had “no claims against any of them.” Kirk’s mother Angie told the Daily Mail that Charlotte was diagnosed with Asperger syndrome as a young girl and defended her daughter, saying “the roles she has won, she has won on merit alone.” 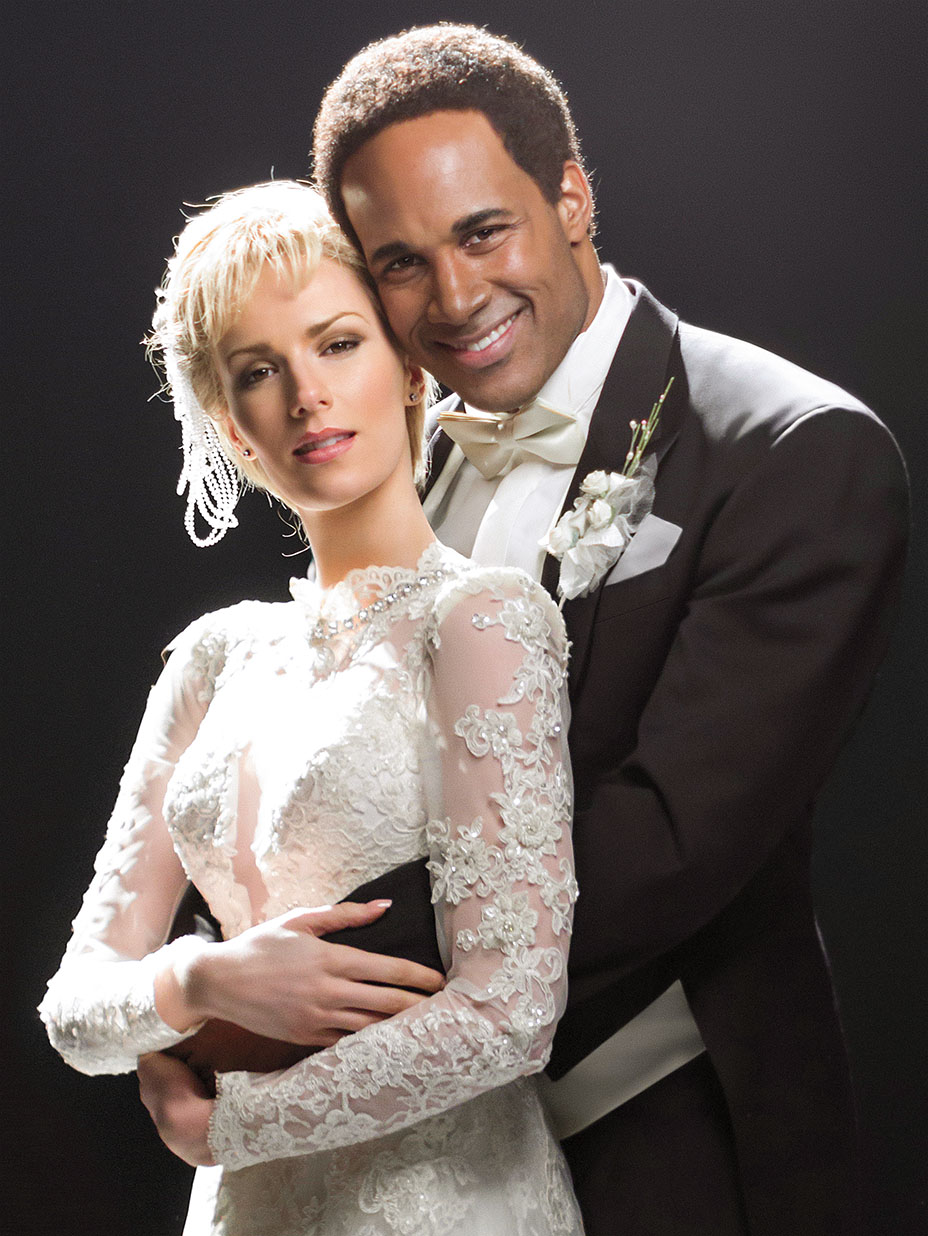 WarnerMedia's Kevin Tsujihara Investigation Expected to Wrap Up Quickly: Can He Survive?

A version of this story first appeared in the March 13 issue of The Hollywood Reporter magazine. To receive the magazine, click here to subscribe.