Kim Kardashian was held at gunpoint at her private Paris Fashion Week residence early Monday morning, where she was attacked by five men dressed as police officers and tied up in her bathroom. Though she was physically unharmed, local authorities reported that the armed robbers managed to steal jewelry worth up to €10 million ($11 million), including a €4 million ring that many are speculating to be the new Lorraine Schwartz-designed sparkler that she debuted at the VMAs in August. 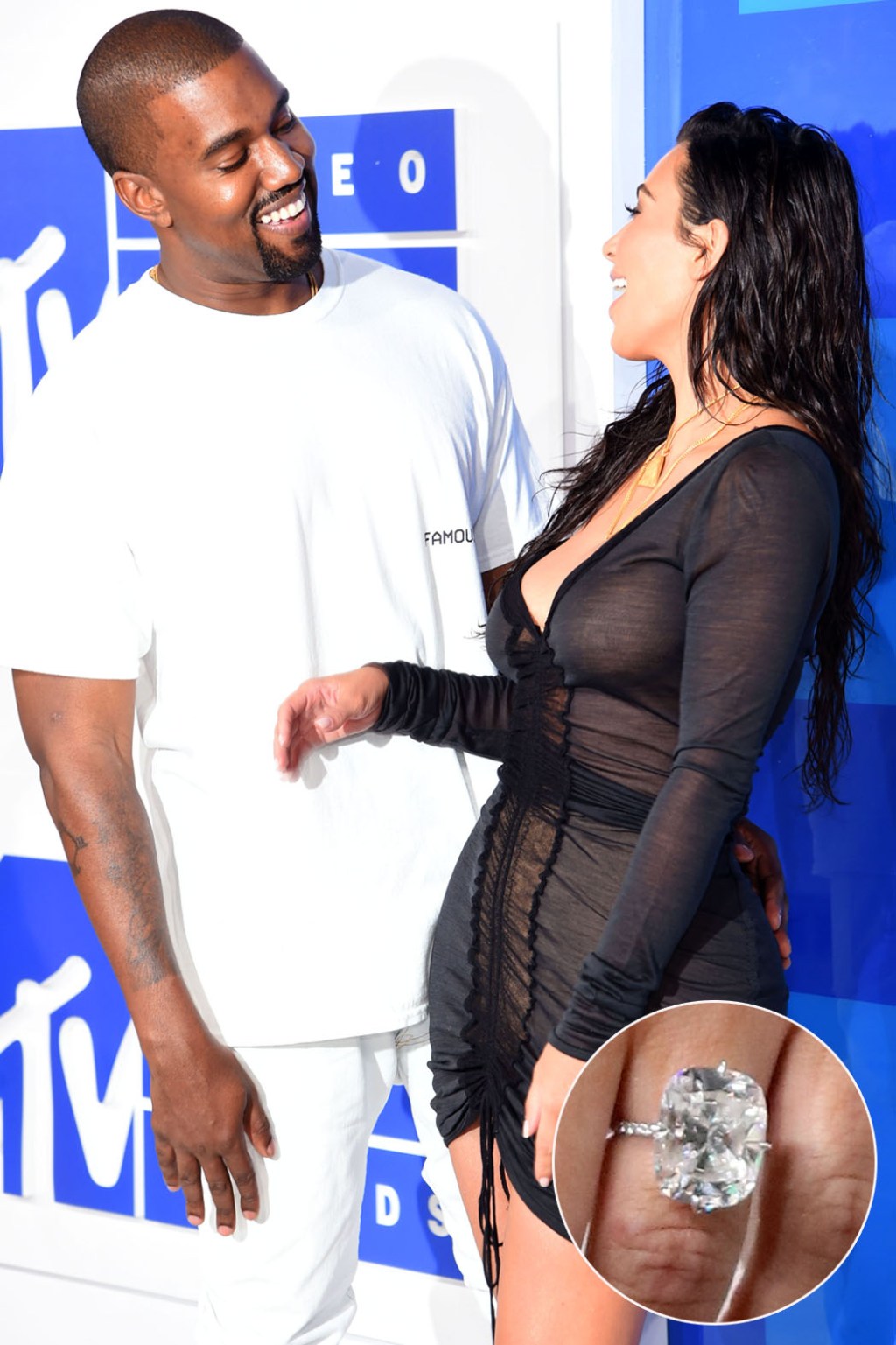 Unlike the 15-carat engagement ring, also designed by Schwartz, that Yeezy first gifted to her when he proposed in 2013, the second stunner is 20 carats, with an emerald cut, and cost three times more than her first $1.3 million engagement ring, according to TMZ.

Kardashian was seen wearing the diamond bling as she FaceTimed with brother Rob and his fiance, Blac Chyna, before the robbery.

A close-up of Kardashian’s 20-carat ring could be seen in a video uploaded on Schwartz’s Instagram below.

In addition to the ring, local authorities reported that a box containing €6 million worth of jewelry was also stolen. “The loss amounts to several million euros, mostly jewelry. The total amount is still being evaluated,” said police. Her purse, two cell phones and 1,000 euros were also taken, according to People via BFM TV.

Kardashian has since left Paris and landed in New York, where she was accompanied by West and a group of security guards.