But it was Kim Kardashian West’s makeup artist Mario Dedivanovic — known as Makeup by Mario — who stole the show when the KUWTK star herself came to present him with the Artist Achievement Award.

“He is honestly one of my best friends,” Kardashian West said. “We’ve worked together for 11 years, so 11 years of fights. You guys, we fight like you don’t even understand. We fight like brother and sister. But he’s created some of my most magical memories and really I believe made me who I am today. [He] also really helped with my KKW Beauty Brand. I call him, I FaceTime him at 3 in the morning, testing formulas, showing him shades and he’s always there no matter what. And I love him.”

Before Dedivanovic took to the stage, a video montage played featuring interviews with his parents and siblings, who recounted his journey bagging groceries at age 12 after school. Dedivanovic was working at Sephora at age 17 when his family found his secret makeup stash at home, labeled “Mario’s stuff” with a rubber band around a box. His sister said his “old-fashioned Albanian household” disapproved of a boy using makeup. “We were trying to tell him not to do it and that’s the night that he ran away,” she said.

On stage, the makeup artist received a standing ovation and opened up in an emotional speech about his “true self.”

“A couple of days ago, on my mother’s 73rd birthday, I walked home after a day of stressful meetings at work and she was there doing my laundry and I broke down to her crying. I told her finally that I had spent my entire life and childhood suppressing my thoughts, suppressing my dreams, my feelings, my creativity and trying to be invisible so that no one would know how I’m feeling inside,” Dedivanovic said. “I knew that I was born different. I was traumatized to be me. I had been living in fear my entire life. I had been ashamed…. She said, ‘Mario, from this day forward you are never again to live in shame or fear.'”

He pleaded with the crowd to be open-minded: “Little boys and girls around the world are growing up with pain and fear like I did, thinking of killing themselves every single day like I did. Because they are different and they are scared to be themselves, because their culture or their family judged them.”

Dedivanovic concluded, “I stand here for the first time in my life a proud 37-year-old gay man…. I finally feel that bright light that I’ve been dreaming of my whole life is pouring from my soul around my body and it’s mine. I can now live the life that I deserve and right now I feel true happiness.” 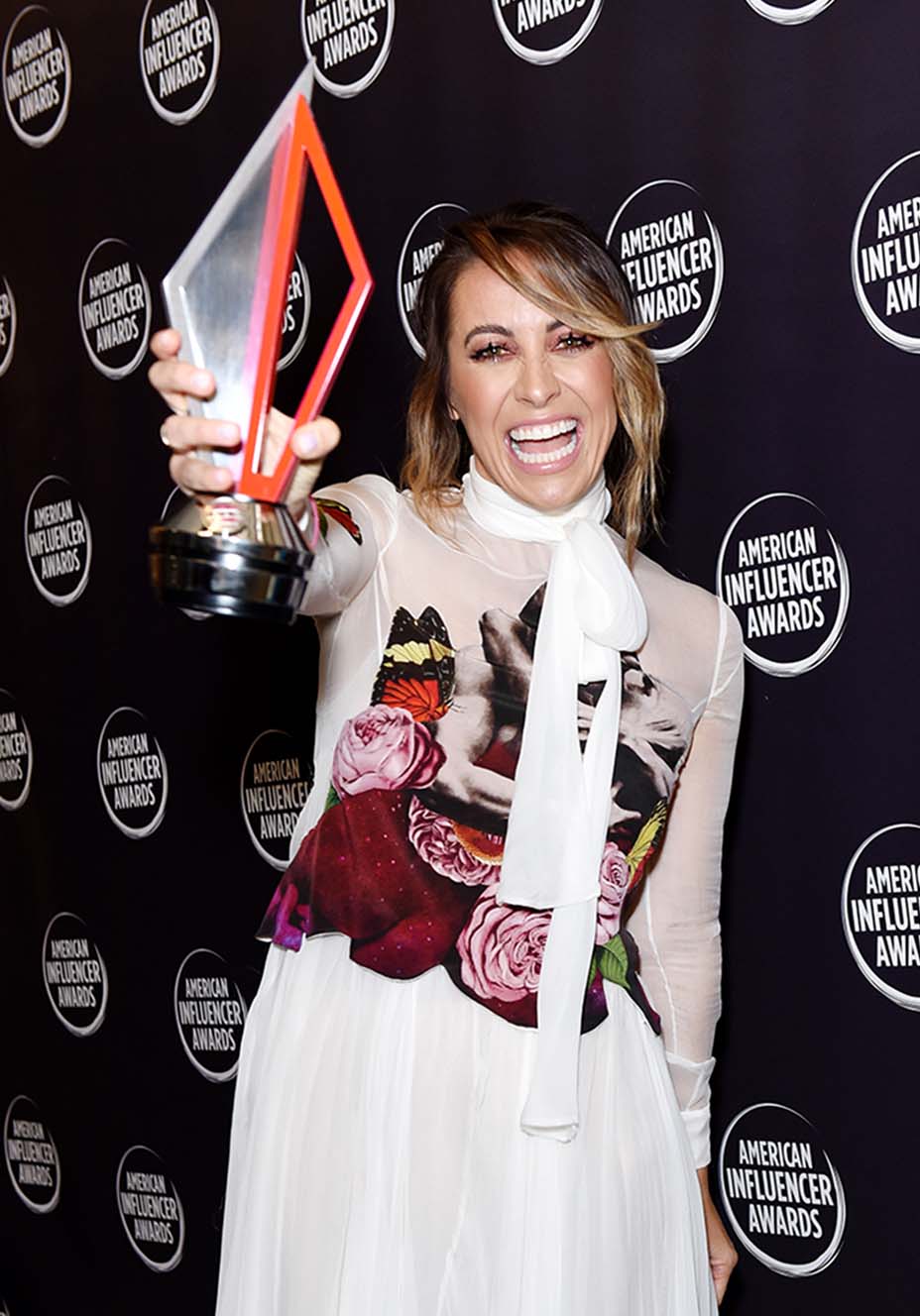 Riawna Capri of Los Angeles’ Nine Zero One hair salon — who works with Taylor Swift, Ruby Rose and Megan Rapinoe — received the hairstylist of the year prize. Wearing a Valentino gown, she expressed her gratitude for her creative field. “We need to remind ourselves how lucky we are because not only do we get to make people look good for a living, we get to make people feel good for a living,” she said. “When people leave our chair, people feel so good and we get paid to do that. What the fuck? That’s awesome, right? So next time you drop your makeup kit and break all your favorite bronzers and your hairspray goes off for two hours and all your products are fucked, just be thankful we’re not working a 9-to-5 in a cubicle.” 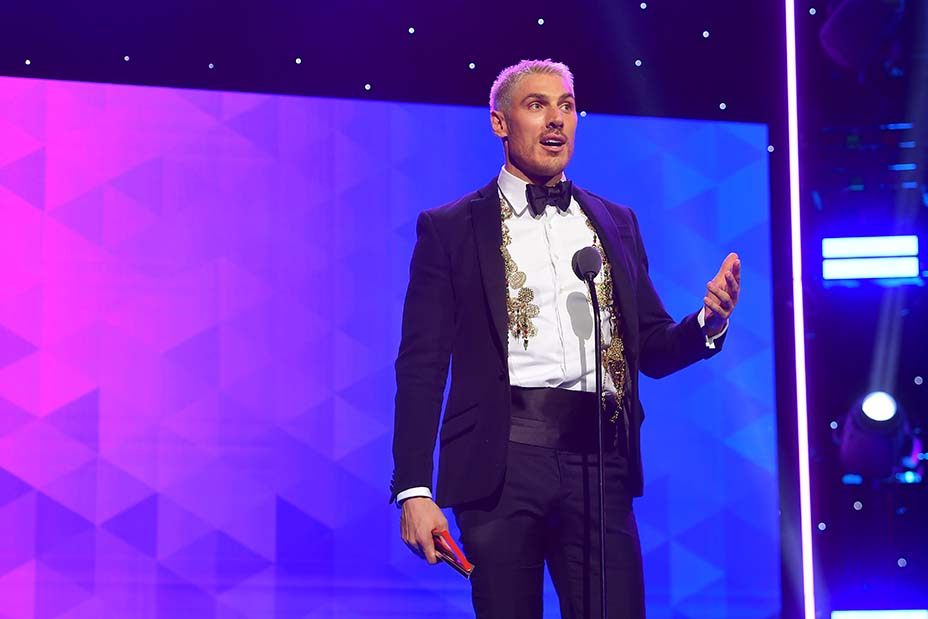 Appleton also took home a hairstyling award, having tended to the locks of Kardashian West, Ariana Grande and Katy Perry, and echoed Capri’s sentiments. “What we get to do in beauty, hair and makeup is make people look and feel great. The fact that I’m on this stage — obviously a huge thank you to the people that I work with, because realistically they’re the ones that go out there and showcase that. I want to say a huge thank you to Kim, Katy, J. Lo, Ariana,” Appleton said. He shouted out Moschino designer Jeremy Scott who presented the honor, saying, “Moving here four years ago, Jeremy called me up and asked me to do one of his shoots and gave me the opportunity.”

Later in the evening, Cardi B’s nail artist Jenny Bui won an American Influencer Award: “I’ve [been] working hard for 23 years and the person I want to thank the most is Cardi B and my family,” she said, joking about her globe-trotting adventures to do nails “until my hand is all bleeding and now my shoulder is really hurt.” 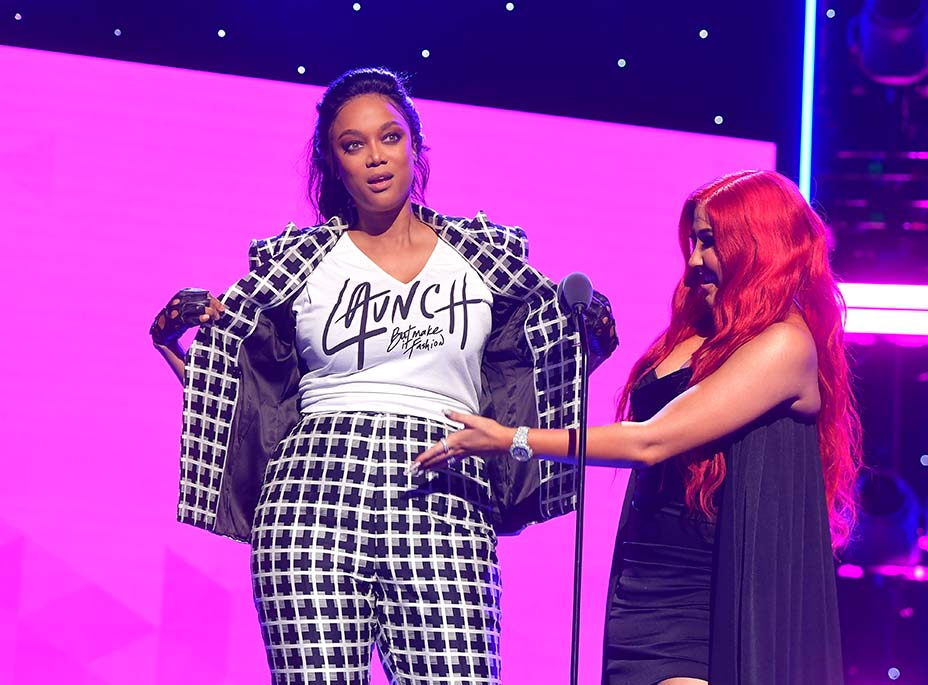 Tyra Banks, Bachelor Nation’s Becca Tilley and Frankie Grande (brother of Ariana) turned up to present accolades at the ceremony. At one point, Frankie went off script to urge the crowd of influencers to use just that, their influence, to encourage young fans to vote in the presidential election.

“We are the people that shape culture in this country and that also means that we are the people that can affect social change in this country,” Frankie said. “From my heart, I would just like to ask each and every one of you to encourage your followers to register to vote and to show up to the polls in 2020 please, so that we can have an administration that reflects all of us.”