Shortly after Costumeish began selling a Kim Kardashian-inspired “Parisian Heist” costume kit — which included a fake gag, two feet of rope, a robe and a faux diamond “$4 million” plastic engagement ring, all for $69.99 — the digital retailer has pulled the kit from its website.

“Due to extensive out-lash we have decided to remove the ‘Parisian Heist’ costume from our website,” the brand tweeted on Tuesday. “We are sorry if offended anyone.”

Due to the extensive out-lash we have decided to remove the “Parisian Heist” costume from our website. We are sorry if it offended anyone.

Though the kit’s description never addressed Kardashian by name, it was clearly a nod to the reality star’s traumatic assault in a Paris hotel room where she was staying for the duration of Paris Fashion Week. Though some social media users were quick to crack jokes about the robbery, several celebrities, including Chrissy Teigen and James Corden, immediately came to her defense. “People making jokes about @KimKardashian tonight would do well to remember that she’s a mother, a daughter, a wife, a friend,” tweeted Corden. “Be nice or shut up.” 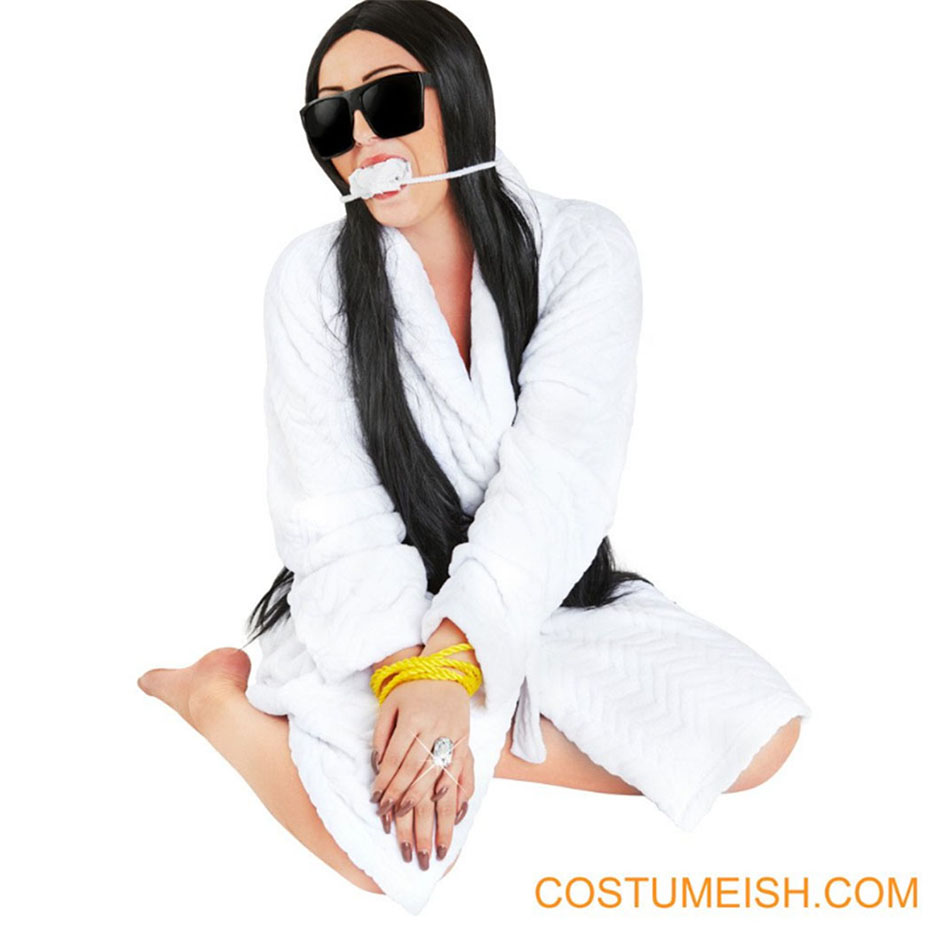 Customers, too, spoke out against making light of the assault. “This is revolting,” wrote one reviewer. “Ridiculing a woman who was the victim of a violent crime? You all should consult with a medical professional and determine what chemical in your brains is missing.”

According to Khloe Kardashian, who spoke about the incident during an appearance on The Ellen DeGeneres show, Kim is still badly shaken and “not doing that well.” E! reported Thursday that the 34-year-old sought professional counseling in an effort to recover.

While the “Parisian Heist” look is no longer for sale, those seeking pop culture-inspired costumes can always try the sexy Ken Bone look on for size. Because there’s nothing controversial about America’s love for Bone.