When Warner Media chief John Stankey sat for an onstage interview at a conference in November, he was asked about management changes at the company. Yes, some individuals had left, he allowed, and then added, “Kevin, unfortunately, had a little bit of a mishap.”

This was a reference to The Hollywood Reporter‘s March publication of texts illustrating in lurid detail how in 2013 producers Brett Ratner and James Packer orchestrated a hotel rendezvous between a very young and ambitious aspiring actress and Kevin Tsujihara, who then tried to use his position as chairman and CEO of Warner Bros. to help her get roles.

Tsujihara resigned under pressure following those revelations, but according to an insider, Stankey was reluctant to push him out. More than two weeks passed after the texts were published before a move was made. The signal that sent to women at his company and beyond had to be unmistakable.

Tsujihara was not simply a guy who engaged in an affair, if you want to dignify the tawdry assignations revealed in our story with that name. (The would-be actress complained in one text that Tsujihara — some 30 years her senior — wasn’t even interested in making polite chat when he dashed to the Hotel Bel Air to have sex with her.)

What does it say about a studio’s culture when the CEO appears to regard a woman as property to be gifted and then tries to use his power to cover up his eager acceptance of the present? What is the culture of a parent company that sees that as a “mishap”? Was Stankey aware — would he care? — that Tsujihara was widely known for frat-boy partying? Executives, agents and stars knew it. How often were women at Warners excluded from “business” outings and opportunities because they were not welcome to participate in or witness the good times?

A culture of misogyny is not a “mishap.”

I write this not just to castigate Stankey or WarnerMedia. That company is hardly the only one in the industry with a problematic culture. Yet it took about 10 minutes after revelations of Harvey Weinstein’s alleged sexual predation sparked a revolution for some people to start asking: Has the Time’s Up movement gone too far? What is the path to redemption for those whose behavior finally — finally — has been seen as unacceptable? Because apparently it’s urgent to get those guys back to work real quick.

The simple fact is that the Time’s Up movement hasn’t gone nearly far enough. 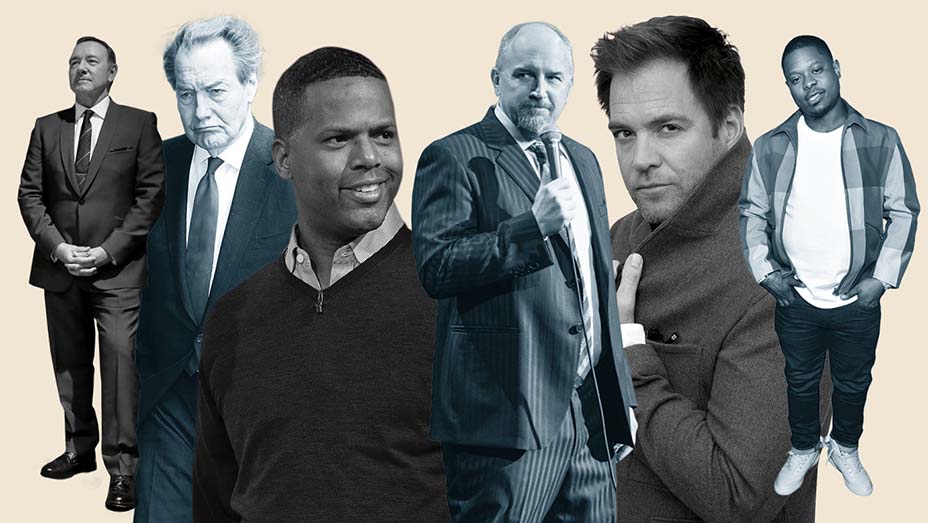 I have been involved in reporting a number of stories that derailed careers: former Amazon Studios chief Roy Price, former Pixar and Disney Animation leader John Lasseter and Tsujihara (whom I covered with colleague Tatiana Siegel). It’s no coincidence that in every one of these cases, the ousted leaders presided over cultures rife with misogyny.

In nearly every instance, the issue of culture has manifested itself in the way companies responded when made aware that I was working on stories about credible allegations of misconduct. Generally these companies knew or should have known more about the alleged behavior than I did. Yet they chose to obfuscate rather than act. It seems their strategy was to gamble that THR never would find a path to publishing.

Often, alleged perpetrators hired expensive lawyers hoping to ensure that outcome. With several stories that I reported, the employers let that play out. For example, Amazon knew everything we published about Price, and probably more for months, but sat by while Price’s lawyers, Charles Harder and Lisa Bloom (who, no coincidence, also turned out to be Weinstein’s attorneys), threatened litigation. (Price personally was threatening to sue, but a couple of top Amazon execs tried to give him a little assist by calling editors.)

As for Disney, which executives knew about Lasseter is locked away in a very black box. But it seems revealing that literally minutes before THR published the first article about his behavior in November 2017, the company put him on a leave that turned out to be permanent.

With Tsujihara’s mishap, we first informed executives at Warners and its then-parent, Time Warner, about the allegations months before AT&T completed its acquisition of the company in June 2018. Once that deal was done, executives at AT&T and WarnerMedia knew, too. Insiders claimed there was an investigation that turned up nothing. Not until the texts were published did they act.

And Warners (yes, Warners again) knew by late 2017 that Extra host A.J. Calloway had been arrested in 2006 for alleged sexual assault and had walked away on technical grounds. When THR reported that arrest in June 2018, the studio initially did not even respond to a request for comment. As more women came forward, Warners claimed it had investigated but found no misconduct specifically while Calloway was on the clock.

When THR published multiple sexual assault allegations against Calloway in February, the company suspended him. But for months, his status remained unclear. Only in July 2019 — hours after accuser Sil Lai Abrams called out Stankey on Twitter — did the company reveal that it had severed ties. (It remains unknown whether the studio ever came across an allegation that Calloway had sexually assaulted any women specifically while he was on the clock. He has denied wrongdoing.)

Some media companies, finding themselves in the eye of the storm, issue statements saying they take misconduct allegations seriously. But we still see women being sidelined for speaking out. In January 2018, CBS paid Eliza Dushku $9.5 million to go away because Bull star Michael Weatherly didn’t know how to behave himself. (Yes, CBS, the former home of Leslie Moonves and Charlie Rose.)

How tone-deaf was CBS? The New York Times reported that in a mediation with Dushku, the CBS chief compliance officer handed over outtakes from the show thinking they would help the company because they showed the actress cursing on the set. But attorneys hired to investigate “cultural issues at all levels of CBS” following the Moonves revelation concluded that the outtakes really were a “gold mine” for Dushku because they “actually captured some of the harassment on film.” Oops — another “mishap.”

Actress Tiffany Boone left Showtime’s The Chi after repeated complaints about harassment from co-star Jason Mitchell failed to change the intolerable environment. (The second-season showrunner also reported him to HR.) Boone left while Mitchell stayed — until May, when he was dropped by his reps after he was let go from a Netflix movie amid complaints. Only then was he fired from The Chi.

So what about a path back? Sure, not everybody is Weinstein, so maybe some who have been accused can find it. So far, however, no one seems to have come close. In November, Mitchell went on the Breakfast Club radio show not to take responsibility for his mistakes but to complain that the #MeToo movement had been used as an “ugly weapon” against him.

When Lasseter found a job at Skydance — making him one of the few called out in the Time’s Up era who still is employed — he said he had spent a year “in deep reflection, learning how my actions unintentionally made colleagues uncomfortable.” The apology-by-press-release didn’t land: The hiring drew condemnation from a number of female animators as well as from Time’s Up, which said it showed that “bro culture is alive and well and thriving in Hollywood.”

I never wrote about Louis C.K. — that was The New York Times — but he was the person for whom I had the most hope, who seemed to be smart enough to find a road back and rich enough to cover heavy-duty therapy. I thought he might vanish for a year, look inward (as he promised) and come back with insight. Instead, after less than a year, he was performing, angry and unrepentant. He is not the only one who seems to be trying to creep back without making amends.

I’d like to think that when Stankey hosted a farewell gathering for Tsujihara, he and a group of the Warners old guard who attended were unwittingly holding a wake for the Hollywood of the past — a place where Weinstein and Moonves allegedly assaulted women over decades without facing consequences, and where less egregious but nonetheless insidious behavior was accepted. But that may not have been what it meant. A lot of people who have a lot to answer for — some of whom have never been called to account — clearly are hoping they don’t have to answer at all and that if they just wait it out, time will be up for Time’s Up and the good times can roll again.