Bonding over red wine and soccer helped seal the deal on the watch you’ll see when Kingsman: The Golden Circle opens Sept. 22.

For this latest installment of the Kingsman franchise, writer-director Matthew Vaughn knew he wanted a watch that could double as a gadget: “One of the characters in the film is a smartwatch,” he explains. “No offense to the Samsungs or the Apples of the world, but I didn’t really think that’s what I wanted to see a Kingsman wearing.”

Vaughn was mulling this idea while writing the script for his sequel to 2014’s Kingsman: The Secret Service; then he happened to catch a TV interview with Jean-Claude Biver, CEO of TAG Heuer, discussing the brand’s Connected smartwatch, which debuted in late 2015. “I was really impressed by his demeanor, and my instincts were saying that he was nearly as crazy as we are and would probably totally like the maverick side of Kingsman,” says the filmmaker. One phone call to TAG Heuer’s headquarters and Vaughn and Biver were meeting a week later in London.

“We met at the bar at Claridge’s, and we instantly learned that we both liked the same things,” recalls Biver, who also serves as president of LVMH’s watch division, overseeing Hublot and Zenith in addition to TAG Heuer. “We both like Chateau Cheval-Blanc, and his favorite football team is Chelsea, and with Hublot we are the sponsor of Chelsea. I’ve only known him for six months, but we work like friends.” 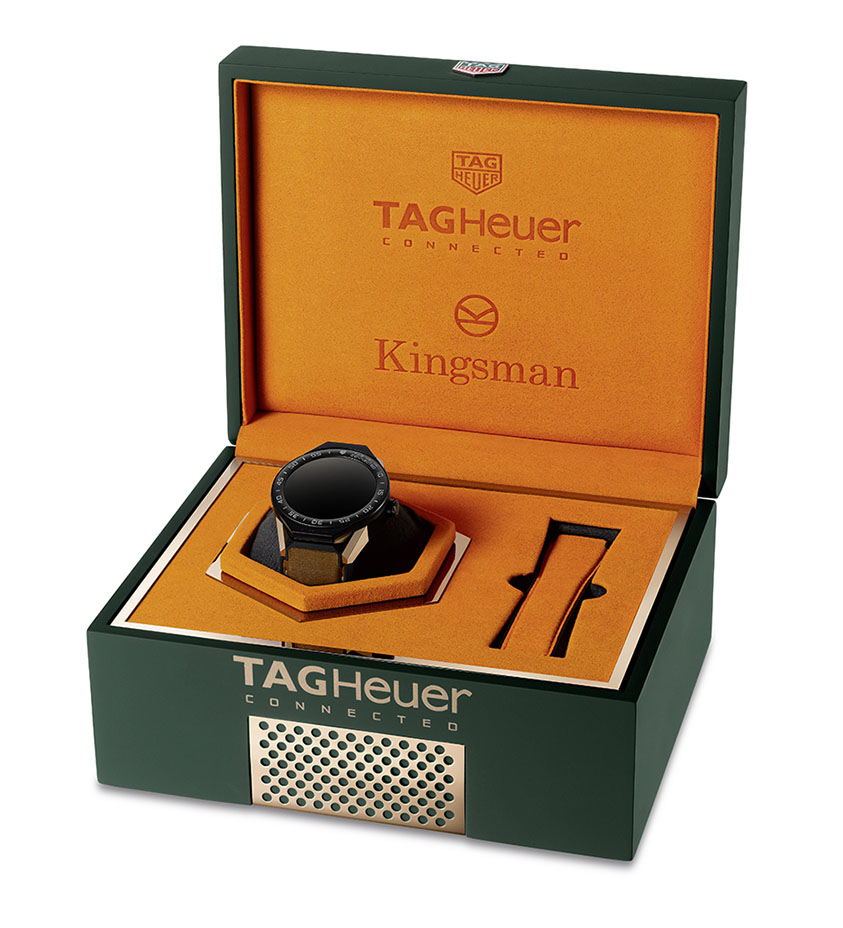 “We talked about wine more than we did about watches,” agrees Vaughn. “So it started off brilliantly, and the watch slipped into the conversation and just happened.”

At a press event on Wednesday in London, Vaughn and Biver were joined by Toby Bateman, managing director of menswear website Mr. Porter, to debut the result of that conversation: The Kingsman Special Edition of the TAG Heuer Connected Modular 45. Priced at $3,650, the watch will sell exclusively on MrPorter.com for four weeks beginning Thursday, July 6, as the latest in an ongoing Kingsman collaboration the site has developed with costume designer Arianne Phillips.

It’s also the first piece to be released in connection to Kingsman: The Golden Circle; as the seventh season of the collaboration with Mr. Porter, other products will debut in September, timed to the film’s release. “We entered the discussion pretty much immediately after Matthew met with Jean-Claude,” Bateman says. “We had a lot of conversations about how this piece fits into the Kingsman world — we looked at a pinstripe strap, for example. It’s very different from what we did in the first film, but Matthew rightly pointed out that this was about [Taron Egerton’s character] and that he would do something very different with it.”

The Elite Bourbon From the 'Kingsman' Sequel Is Coming to Life

At the press launch, Vaughn showed the film’s trailer and previewed two key scenes; in one, the watch indeed plays an integral role in the plot, even if the features seen remain firmly rooted in fiction. “I’m sure some of the stuff [we do] NASA could come up with, but it’s probably safe that it doesn’t get into normal people’s hands,” Vaughn jokes, while also hinting that the watch is key to The Golden Circle’s finale.

Ultimately it’s the look of the Kingsman Special Edition that takes its cues from the film. A navy and rose-gold dial bearing the Kingsman logo has been added to the selection of the Connected Modular 45’s 30 pre-programmed digital dials and the ability to create a customized digital dial. Rose-gold lugs have been added to match, while the Kingsman logo also appears on the dial screen as the watch vibrates for 10 seconds at 10:10. Finally, two straps are included, one in caramel-hued leather and a second in orange velvet. (In the film’s trailer, Taron Egerton’s Eggsy is prominently seen wearing an orange velvet smoking jacket.)

“We didn’t want Eggsy to become a carbon copy of [Colin Firth’s character],” Vaughn says. “He has his own identity, he’s from the street, he’s younger. So I wanted a watch that Eggsy would wear. We picked a lot of things this time around based on what Eggsy would wear, not what Colin would wear, and this is an Eggsy watch first and foremost.” 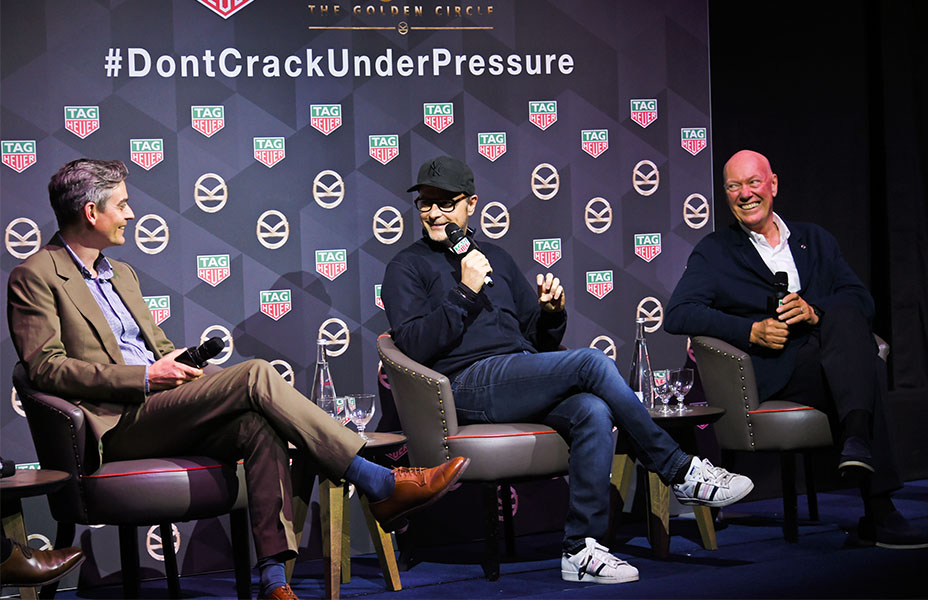 In Kingsman: The Secret Service, Colin Firth’s Harry is seen wearing a watch by British brand Bremont. A primary reason for the change, Vaughn says, was the need for the watch’s functions to feel organic. “A mechanical watch just wouldn’t do the things we wanted this watch to do, because it would just seem stupid,” he says. “This watch hacks into computers, and it has to control other technology. It truly needed to be a smartwatch.”

With that in mind, how pleased is Biver that Vaughn happened to catch that TV interview? “There’s a bottle of Chateau Cheval-Blanc 1947 in my cellar,” he says (for the uninitiated, the wine and this particular vintage is considered the best in the world). “In September, Matthew and I are going to drink it together.”