Kobe Bryant, who starred for 20 years with the Los Angeles Lakers and won five NBA championships, died Sunday in a helicopter crash. He was 41.

The basketball icon and 2018 Oscar winner and his 13-year-old daughter, Gianna, were aboard his private helicopter when it crashed in Calabasas, California, about 30 miles west of downtown Los Angeles, the Los Angeles Times reported.

Nine people, including the pilot, died in the accident, Los Angeles County Sheriff Alex Villanueva said at a news conference. He would not name any of those killed. “At this point in time we have nothing that we can add until the coroner does her job,” he said.

However, Orange Coast College assistant baseball coach Ron La Ruffa told the Orange County Register that John Altobelli, the team’s coach of more than two decades, was among those who perished. Also killed were Altobelli’s wife, Keri, and one of their daughters, Alyssa, according to CNN. Alyssa, 13, and Gianni played basketball together.

Another victim was youth basketball coach Christina Mauser, according to the Register. Sarah Chester and her middle school aged daughter Payton were on also on board, CNN reports. The Times identified the pilot as Ara Zobayan, who regularly flew for Bryant and was a friend of actor Lorenzo Lamas.

The crash, which triggered a brushfire on a hillside, is under investigation by the National Transportation Safety Board. During an evening news conference, Villanueva said that the FAA was joining the NTSB investigating the accident. He added that the condition and location of the crash site meant that it would be days before there were any clues as to the cause of the crash.

ESPN senior NBA insider Adrian Wojnarowski, quoting sources, wrote on Twitter that “Bryant was on his way to a travel basketball game with his daughter Gianna when the helicopter crashed. Those aboard the helicopter also included another player and parent.”

Bryant’s Mamba Sports Academy in nearby Thousand Oaks was holding a basketball tournament on Sunday. It was canceled.

While the cause of the crash is unknown, the L.A. Police Department and the county sheriff’s department grounded their helicopters due to weather conditions at the time.

During his playing career, Bryant regularly took a helicopter to Lakers games from his Orange County home in the Newport Coast community.

Hundreds of fans gathered outside Staples Center, site of Sunday night’s Grammy Awards and home of the Lakers, to pay tribute to the superstar. “We’re literally standing here heartbroken in the house that Kobe Bryant built,” Grammy host Alicia Keys said at the start of the telecast.

And DeAnza Park in Calabasas was designated as a mourning site where fans could leave flowers and pay respects to the crash victims.

Bryant won the best animated short Oscar for his five-minute autobiographical film Dear Basketball. He wrote, executive produced and lent his voice to the project.

“I don’t know if it’s possible — I mean, as basketball players, we’re really supposed to shut up and dribble,” he said in his Oscar acceptance speech. “I’m glad we do a little bit more than that. Thank you Academy for this amazing honor. Thank you John Williams for such a wonderful piece of music. Thank you Verizon for believing in the film. Thank you Mali Carter, without you we wouldn’t be here. And to my wife, Vanessa, our daughters, Natalia, Gianna and Bianka, ti amo con tutto il mio cuore [I love you with all my heart]. You are my inspiration. Thank you so much, guys.”

Bryant and his wife had a fourth daughter, Capri, in June. 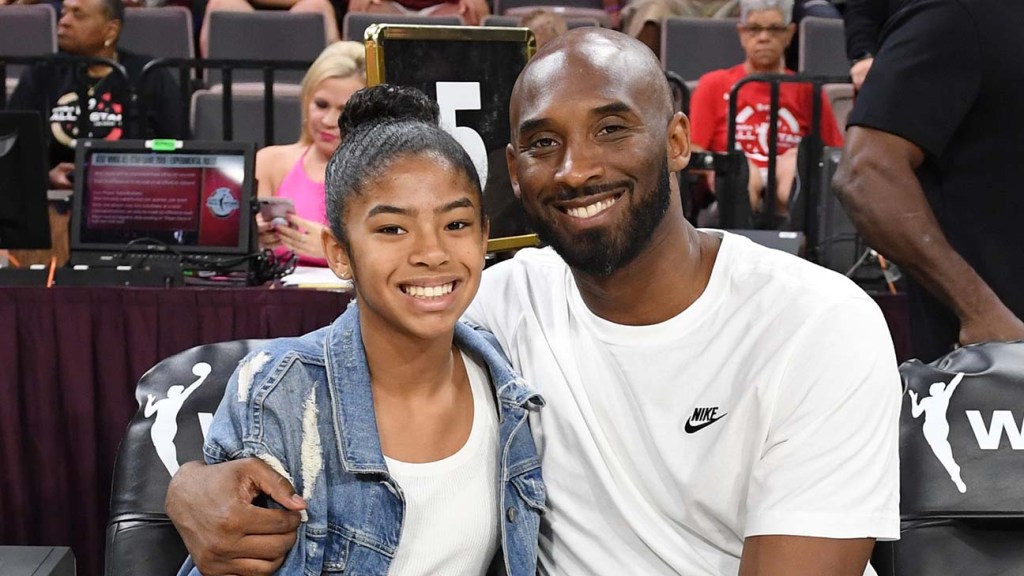 Asked by The Hollywood Reporter‘s Scott Feinberg in a 2017 Awards Chatter podcast what he would have done had he not played basketball, Bryant said: “I’d be writing stories. Storytelling is something that’s just a part of me, something that I love every bit as much as I’ve ever loved basketball, which I’m very fortunate to be able to say.”

Bryant most recently served as an executive producer on the ESPN+ series Detail, a deep, analytical dive into the sport he loved.

One of the most tenacious and clutch players in NBA history, the 6-foot-6 Bryant — who gave himself the nickname “Black Mamba” — scored 81 points in a game in 2006. He was selected the league’s Most Valuable Player in 2008 and named MVP of the NBA Finals in 2009 and ’10. His uniform numbers 8 and 24 have been retired by the Lakers.

On Saturday, current Lakers star LeBron James passed Bryant to become the No. 3 scorer in NBA history. The game took place in Bryant’s hometown of Philadelphia.

Born on Aug. 23, 1978, in Philadelphia, Bryant was the only son of former NBA player Joe “Jellybean” Bryant. He spent many years in Italy as a youngster when his dad played professionally in that country after leaving the NBA, and he was fluent in Italian (and Spanish, too).

A sensation at Lower Merion High School outside Philadelphia, Bryant decided to bypass college and go directly to the NBA. At age 17, he was made the No. 13 pick in the NBA Draft by the Charlotte Hornets, who then traded him to Los Angeles for center Vlade Divac in a deal that was engineered by another Lakers legend, Jerry West, then the team’s general manager.

“Particularly when he was young, to be a part of his life and to watch his career grow, watch him grow, this is one of the most tragic days of my life,” West told the Times.

“He was an incredible athlete and a leader,” Lakers great and THR columnist Kareem Abdul-Jabbar said. “He inspired a whole generation of young athletes.”

Added NBA commissioner Adam Silver: “For 20 seasons, Kobe showed us what is possible when remarkable talent blends with an absolute devotion to winning. … He was generous with the wisdom he acquired and saw it as his mission to star it with future generations of players, taking special delight in passing down his love of the game to Gianna.”

In July 2003, Bryant was arrested in Eagle, Colorado, on charges of sexual assault. A 19-year-old hotel employee accused him of rape, telling authorities she was assaulted by him while he was staying at The Lodge and Spa at Cordillera awaiting surgery.

Bryant admitted he and the accuser did have relations but claimed it was consensual. He also made a public apology to his wife. The criminal case was dropped after Bryant’s accuser refused to testify, but a civil suit was settled out of court for an undisclosed sum. Part of the suit involved Bryant’s apology, although he never admitted fault.

On the origin of Black Mamba, Bryant told Feinberg: “There was a lot of things going on personally with the situation going on in Colorado and flying back and forth for games and trying to hold my family together as well. It just felt like the game, which was always like a safe haven for me, was being compromised as well.