Sitting front row at the charming Neo-classical style Palazzo Archinto where the spring 2018 show was held, Jenner said she was surprised to wake up in Milan to the rumors, but would not confirm if they are true or not, saying only, “It wouldn’t be the family if something didn’t happen every single day.”

Jenner did hold forth on her love of Bottega Veneta, saying that she has been a fan since she was pregnant with Kourtney, “I got so big, all I could do was go to Bottega Veneta and buy the most amazing handbag I could find … and carry it around in front of me,” she said.

While some fashion insiders raised eyebrows that Jenner would be front row for Bottega Veneta designer Tomas Maier’s understated collection, when the looks started coming down the runway, it made sense. Not only was Kendall Jenner modeling, but the collection itself was younger, funkier and more casual than it has been.

Fringe, studs and a velour Juicy suit! This @bottegaveneta collection was rockin‘ #mfw

The lineup included boxy leather jackets, fringed mini-dresses and even a Juicy Couture-style track suit, all embellished with jewels, studs and eyelet and accessorized with fabulous D’Orsay kitten heels. Maier showed menswear, too, but not tailoring. “It’s all very sportswear and soft,” he said in the show notes, and that translated into blouson jackets and track pants in peppy hues of aqua, dahlia and chamomile antique satin and suede.

Bottega’s famous tagline is “When Your Own Initials Are Enough.” And come spring, you will actually be able to get your own initials put on the brand’s chic totes with a new monogram program. This was Maier’s loosest collection in a while, and it was fun and accessible, with a lineup of models of the moment (Gigi & Bella Hadid, Kaia Gerber and Hailey Baldwin) to prove the point. 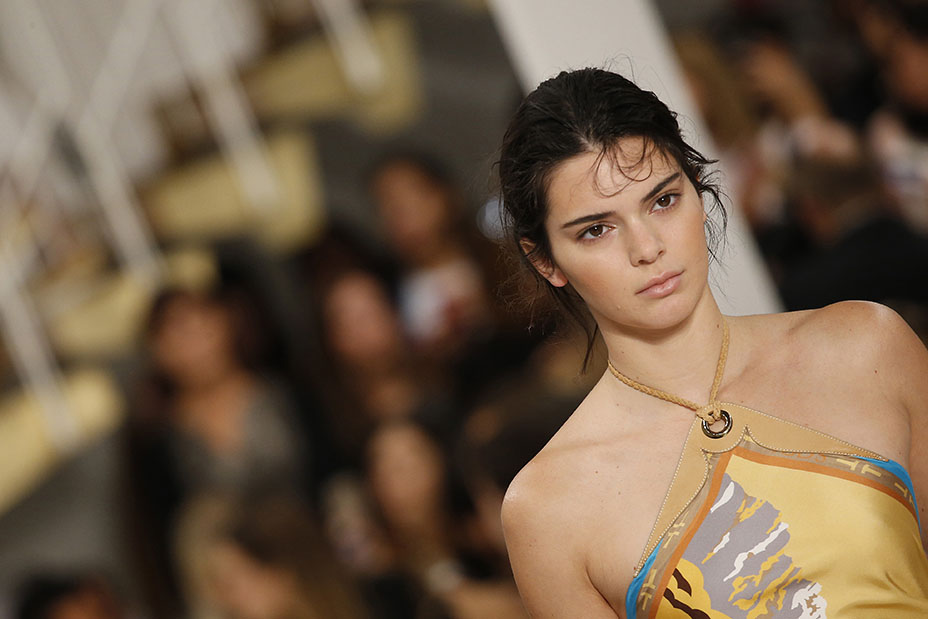 Speaking of models, we have undoubtedly entered the second era of the supers, and they have been all over Milan Fashion Week — both the originals (Claudia Schiffer, Cindy Crawford, Naomi Campbell and more at Versace) and the newbies. So when people wondered aloud why Kendall Jenner was modeling for the venerable Italian leathergoods brand Tod’s, she and her 83 million Instagram followers are why. With a single runway walk and Insta post, she’s introduced the driving moc maker to a whole new generation. 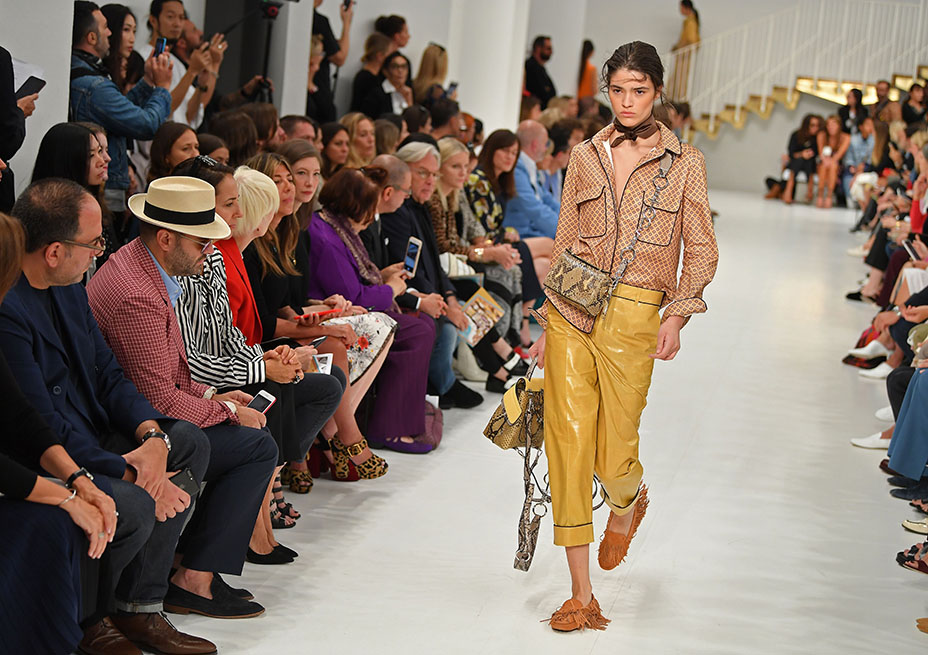 Tod’s took inspiration from the “Italian Dream” for spring, hence the scarfy top that Jenner wore on the runway, which looked like something you might see on holiday in Positano. The rest was just as festive — think white Capris, relaxed leather pants and pajama tops, dip-dye dresses and nylon anoraks in a sunny palette, paired with the brand’s driving mocs, this season covered in copious fringe for boho appeal. 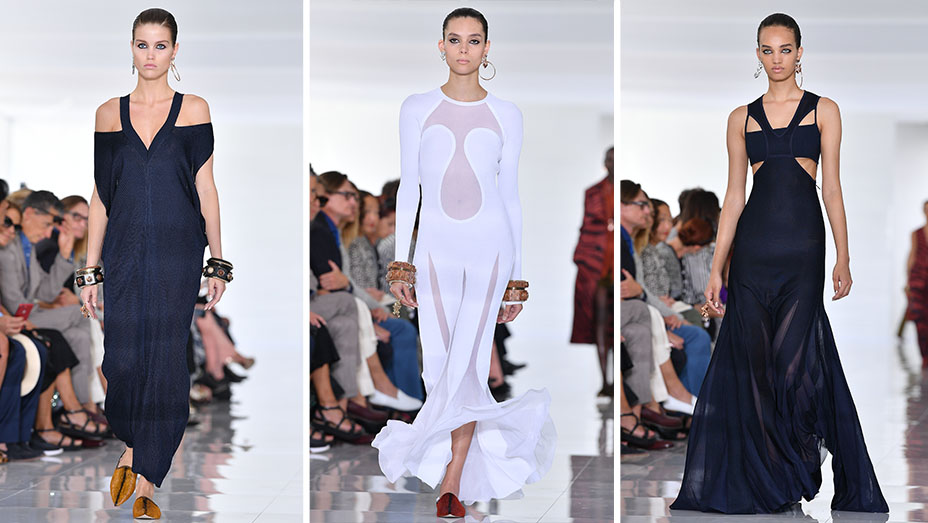 What the next chapter of flashy Italian brand Roberto Cavalli lacked in model star power, it made up for in good clothes. The house’s namesake was on hand in the park on Friday afternoon to see the debut of new designer Paul Surridge at the helm. Surridge is a menswear designer who segued into womenswear for the first time at Cavalli, after stints at a half-dozen other brands, including Prada, Burberry and Calvin Klein, and he brought an interesting element with him. 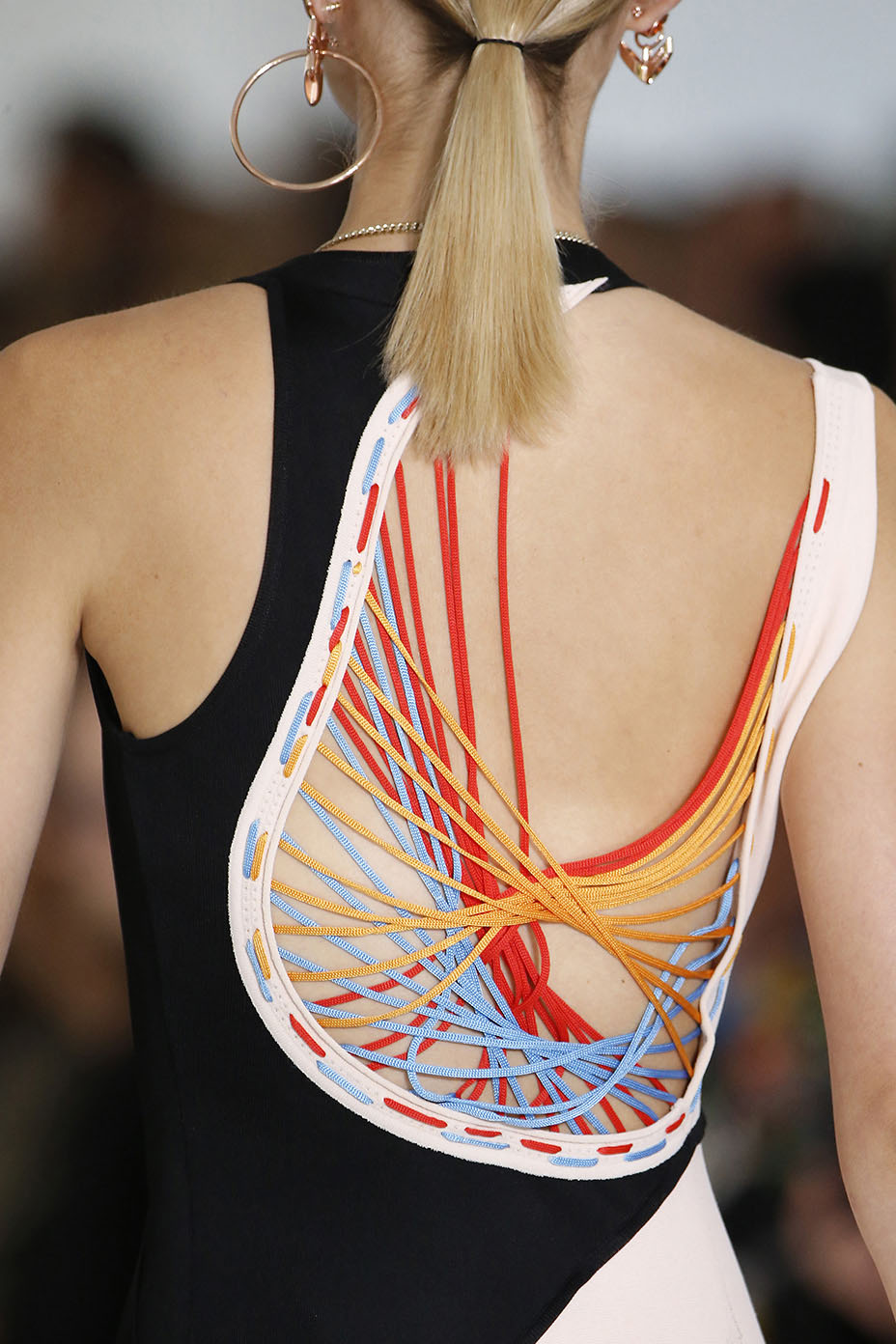 The collection was strong, sexy and Hollywood-ready with several bodycon dresses that were sufficiently alluring for the red carpet, but with a modern touch, and paired with babouche slippers for a tribal vibe. Surridge brought a note of athleticism to the clothes, with racer back tops and knit shrugs showing off toned shoulders and leather harnesses adding an edge. And he judiciously sampled the brand’s heritage animal prints, showing a couple of zebra-striped coats, and a sexy sweater and pants outfit with bold jewelry. The new Cavalli should appeal to customers who might be drawn to Balmain, but want something less in your face. 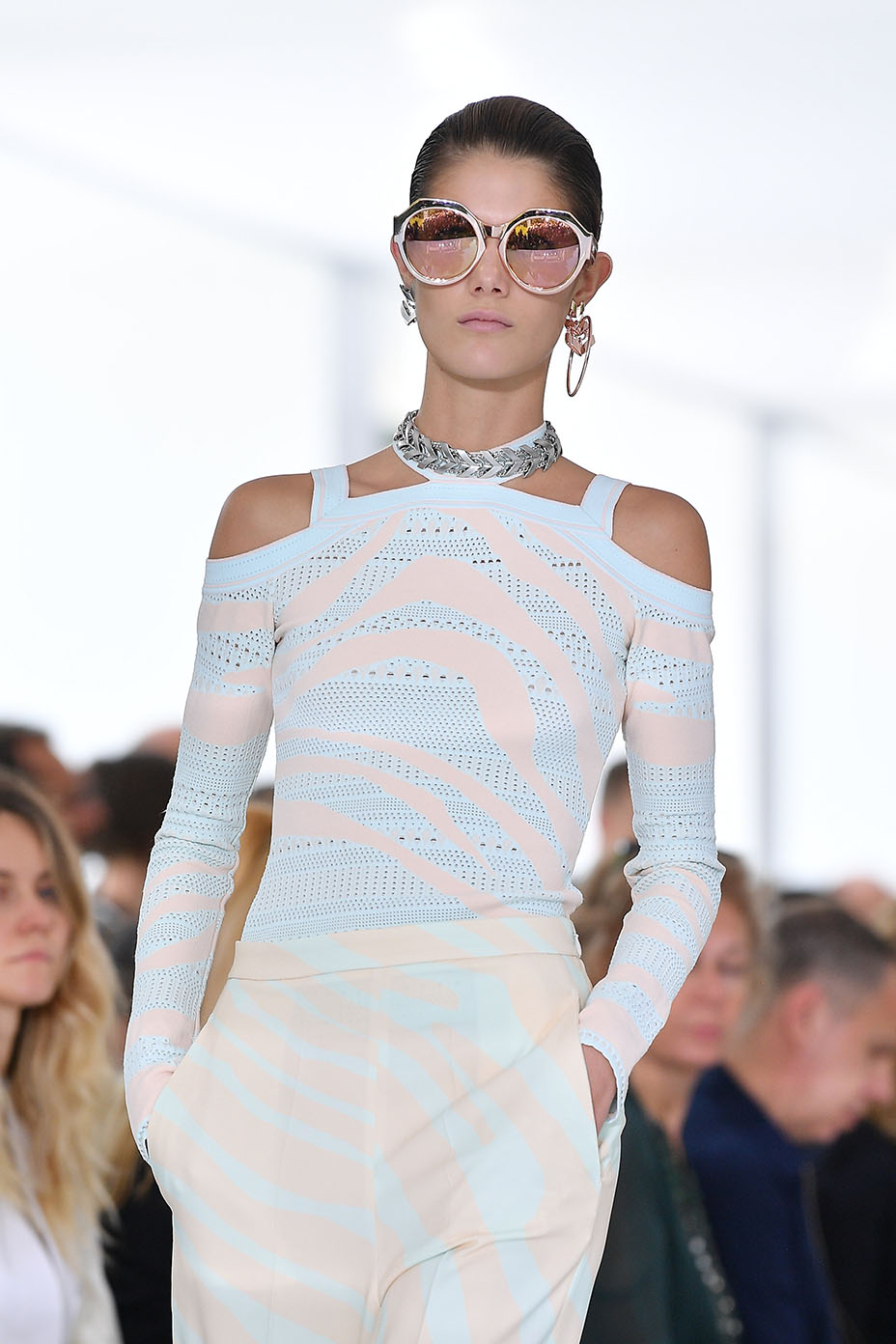 Also on Friday, rising star Marco de Vincenzo showed a fab spring collection in a kaleidoscope of pop colors, including floaty tops, ruffled slip dresses and glittery, flared pants (that’s right, flares are back). If you are looking for upbeat, colorful clothes, this is your man, always at the ready with a rainbow palette and a unique but accessible and flattering piece.

Check out the needlepoint handbags inspired by “Jaws,” “The Shining” and more at @marcodevincenzo #mfw pic.twitter.com/gARgxNokHa

Reminiscing about childhood summers spent in Sicily and trips to the drive-in movie theater, the witty designer showed needlepoint bags inspired by such Hollywood summer classics as The Shining, Jaws and King Kong, which are definitely on my summer accessories must-have list.

Love @marcodevincenzo sense of fun. Check out the bags inspired by movie classics like Jaws, The Shining etc. #mfw