So says Chanel muse Kristen Stewart in the new issue of V magazine, which hits newstands on March 9. Dubbed a “Free Spirit” on the cover (shot by legendary lensman Mario Testino and styled by Paul Cavaco), the actress opens up about all things Lagerfeld as the mag’s new issue comes just days after his Oscar dress debacle with Meryl Streep. 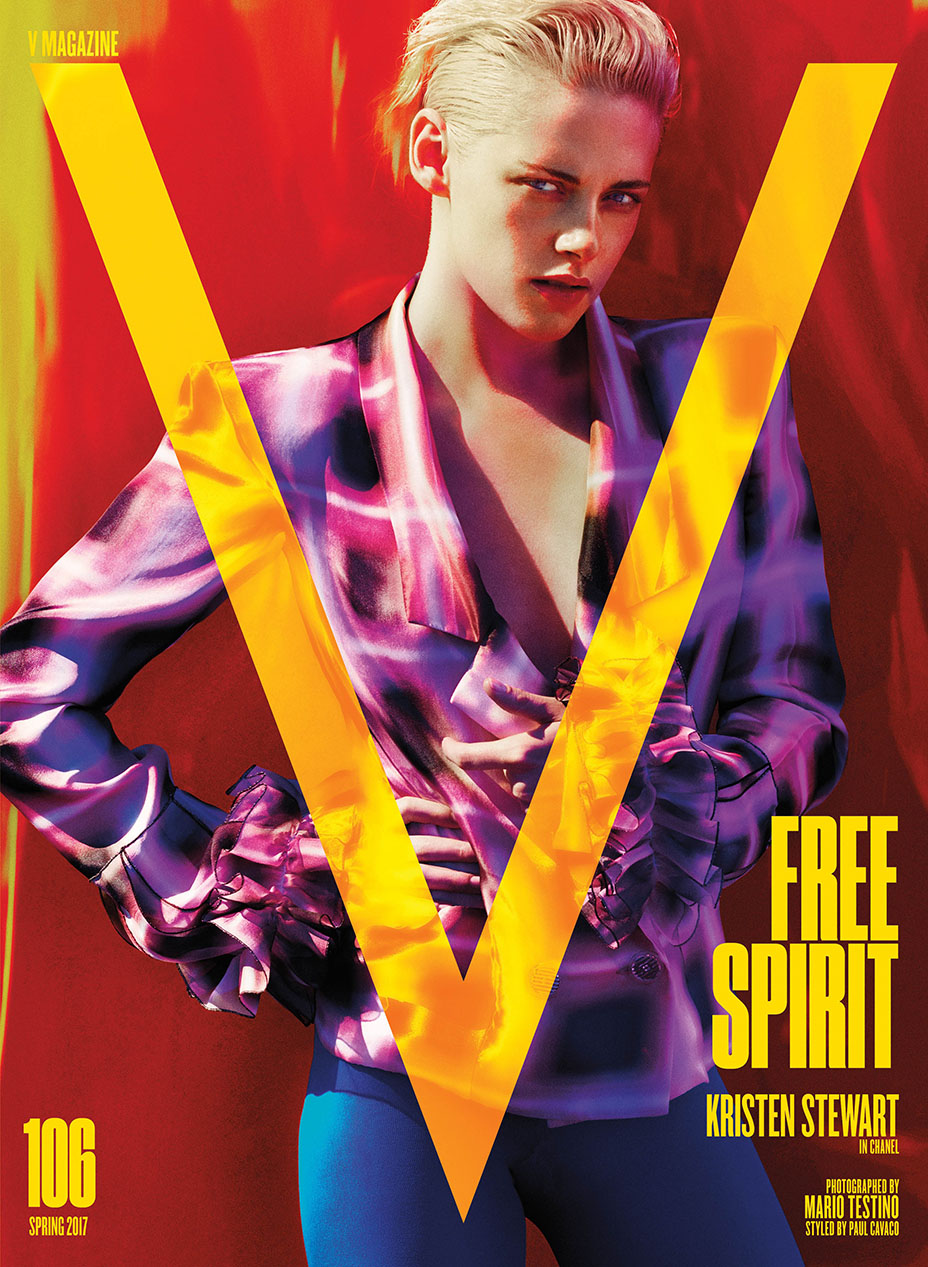 Obviously the interview was done long before this latest PR snafu, but it must be helpful to have such favorable ink about the iconic designer appear after Streep’s strongly-worded response to her situation, in which she said that Lagerfeld “defamed” her by alleging that she requested to be paid to wear a Chanel creation to the Oscars on Sunday.

Taylor Lautner on the Impact the 'Twilight' Fan's Edward vs. Jacob Rivalry Had on Him: "It Was a Little Bizarre"

She’s got nothing but love for Mr. Lagerfeld. “Karl has always, from the very beginning, made me feel like being myself was the right thing to do. And in [the fashion] world, that is a rarity,” Stewart told the mag. “He’s a compulsive and obsessive artist, and it’s contagious. And he’s kind. He is who he is for a reason. I feel so lucky to be in his space so often.”

Stewart sat for the V chat to support her latest film, the Olivier Assayas-directed Personal Shopper, which is due in theaters on March 10 following a world premiere at the Cannes Film Festival last May. The pic is a genre-buster, part spooky ghost story and part indie drama mixed with themes of family, wealth, fashion and technology. It’s the latter theme that led Stewart to say this in V: “When you speak to someone on the phone, that is a decipherable, understandable exchange. But with text and social media, it’s essentially a dialogue with yourself and your interpretation of a shadow. It’s not invalid; it’s a new language.”

Check out the language she’s speaking in the portfolio below. 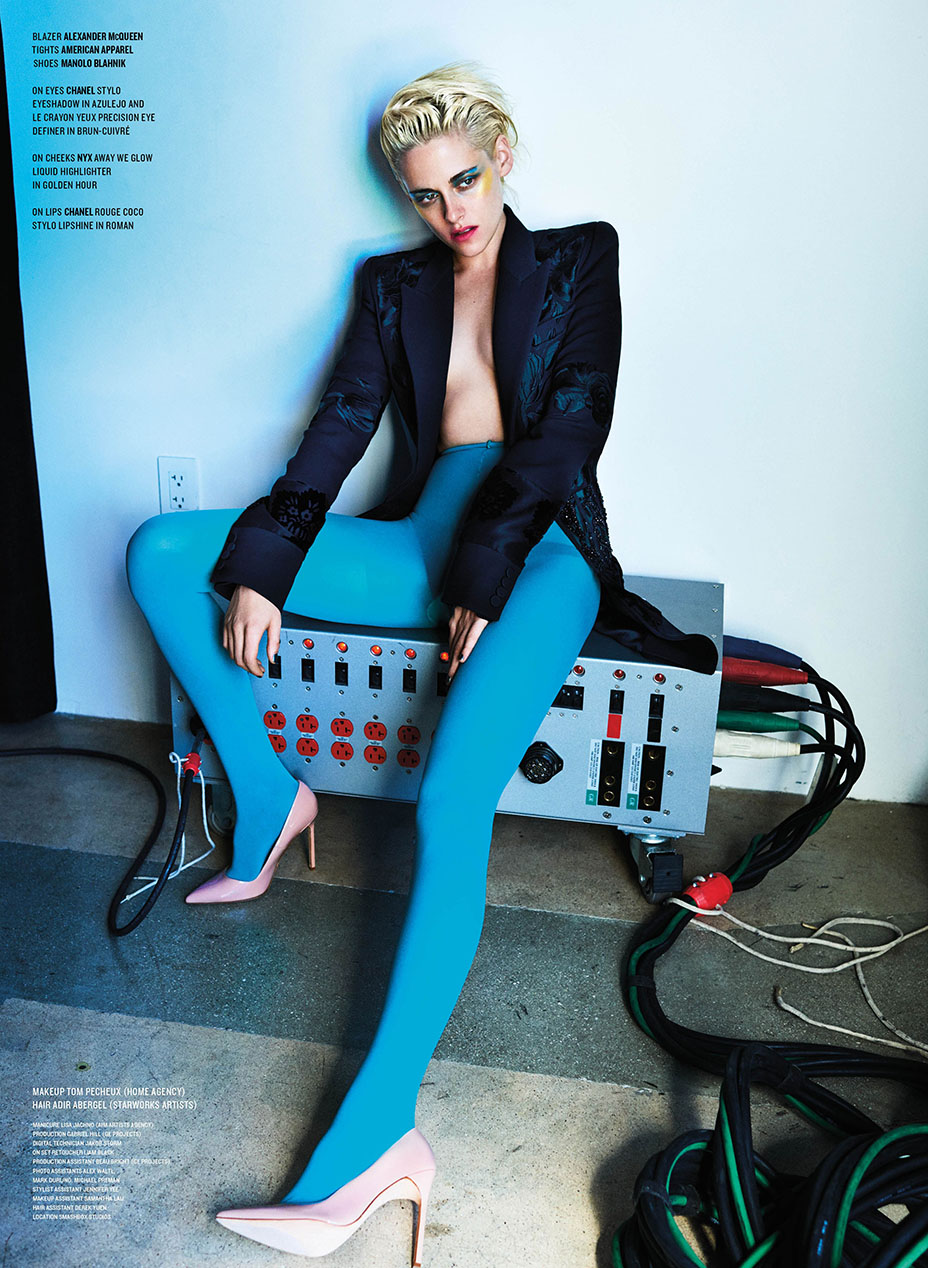 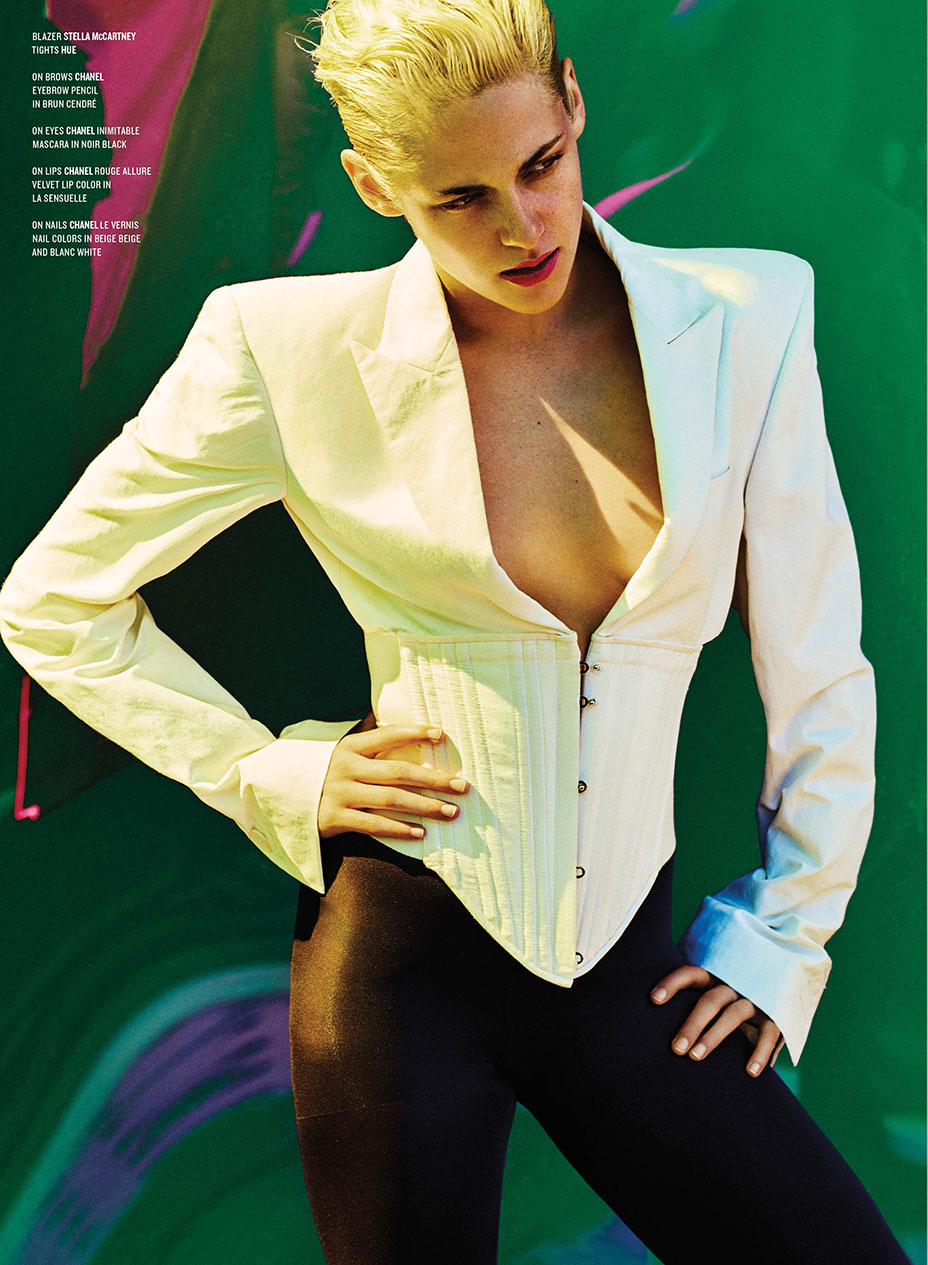