Silicon Valley star Kumail Nanjiani and his wife, Emily V. Gordon, set out to subvert romantic comedy tropes in penning The Big Sick, their semi-autobiographical account of the dramatic first year of their relationship.

Instead of the typical three-step plot, The Big Sick (released by Amazon and Lionsgate) goes more like this: Pakistani-born boy meets white American girl. Boy breaks up with girl over cultural differences. Girl falls into a medical coma.

Nanjiani, 39, who also plays himself in the film, explains how writing such a personal screenplay (now nominated for a Gotham Award) strengthened his and Gordon’s marriage and discusses his experience as one of Hollywood’s few South Asian leading men.

How did you and Emily figure out what to change from your real-life experiences for the movie’s sake?

The process of deciding those changes was very trial and error. The first draft was pretty much 100 percent true of the way we saw it, and then [producer] Judd [Apatow] was like, “This is a good story — let’s just make a great movie now.” We knew the emotional core of this movie, and sometimes the reality of the situation isn’t the best way of conveying the emotion of a situation. It helped that because we had to live through it, we knew what changes felt real and what did not.

Did any reactions to certain parts of the movie surprise you?

We were nervous about the 9/11 joke [when Nanjiani quips that “we lost 19 of our best guys” after Ray Romano awkwardly asks for his “stance” on 9/11]. Within our little group there was disagreement on whether that was going to work, so we felt very relieved when [it got a] big reaction.

Speaking of tonal shifts, what genre did you intend for Big Sick?

We wanted it from the beginning to be a comedy, because we knew a story like this could be very emotionally intense. We knew we had to thread that needle of being funny but never losing sight of the reality of the situation. And we wanted to make all the characters real people. For instance, in the scene where I tell my parents I’m in love with someone and can’t marry someone they’re finding for me, traditionally that would be a big victorious moment for the main character. In that scene, it’s my dad’s. He says, “The American Dream doesn’t say, ‘Do whatever you want and not care about other people.’ That’s wrong.” We put that in, because we wanted to show his perspective is valid, too. 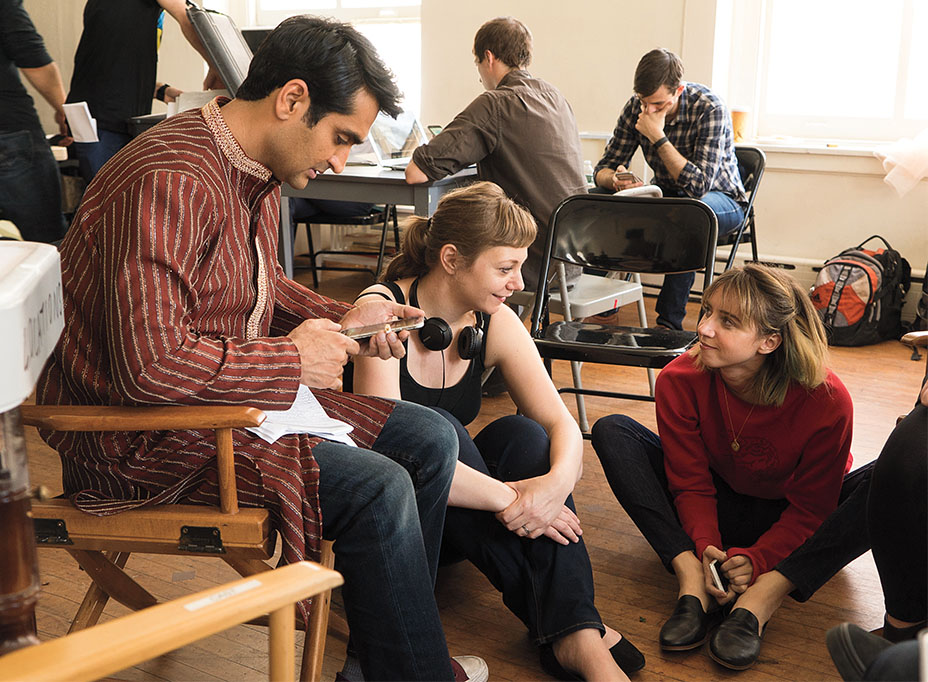 What are the most memorable responses you’ve gotten from people who have seen the film?

For people who had a loved one in the hospital and things didn’t turn out well, it made them feel less alone, which is such a beautiful thing to hear. Also, there were people who were in interracial or intercultural relationships that didn’t work out because of their differences or because the families didn’t approve, and those are all very sad stories. Those are the ones that I remember more, because it just goes to show that these issues are very complicated. It’s not as simple as “love conquers all.” The great challenge of our time is interacting with completely different people, who look at the world in a completely different way, and learning to live with and love them.

You hosted Saturday Night Live on Oct. 14. What was that like?

It was a blast, and it’s really, really exhausting. I hadn’t really done stand-up in about four months, so I had three weeks to write a new monologue. I got really nervous, and that first night I couldn’t sleep and wrote that monologue in the middle of the night.

You are only the second South Asian host (after Aziz Ansari).

I don’t know if thinking about that stuff, at least for me, is conducive to creativity and productivity. I can’t be like, “What seven-minute set can convey the experience of billions of people across the globe?” It’s a tricky situation, because there aren’t that many stories from South Asian perspectives, so there’s pressure on each one to encompass a massive breadth of experience that no story can do. The South Asian experience is not a monolith. The only solution is more stories. I would love to see stories from South Asian females, from South Asian gay people, all kinds of stories.

Will you write with Emily again?

We’d love to work together again. I don’t think it would be something as nakedly personal as The Big Sick. It worked so well the first time, and we had such a great time doing it. Everyone was like, “How are you guys still married?” I’m like, “It’s stronger than it’s ever been, I promise.”