Leave it to Kylie Jenner to turn a gas station into a party.

The new Adidas Originals brand ambassador threw an opening party Thursday night for the Falcon shoe, a “modern take” on the Falcon-Dorf shoe for women ($100). The venue, however, wasn’t a warehouse or a club, but a former 76 gas station on Sunset Boulevard, across from the Laugh Factory.

Jenner, wearing a shiny, checked mini dress, appeared briefly at the 7 p.m. start, posing for photo ops at different stations inside the space — at a newsstand with Ky-zines declaring “’90s fashion trends are back!” (not quite breaking news) and in between the gas pumps decked out in neon lights and purple Adidas Falcon logos.

Between takes, her team reapplied makeup, brushed her long blonde hair and snapped Polaroids on a camera for her (which she later posted on Instagram). Just like that, the marketing maven was whisked away for the rest of the night, while guests wearing holographics, leopard print and scrunchies flowed into the ’90s-themed pop-up (open to the public on Friday and Saturday), complete with spiked slushies and a chicken and waffles food truck. 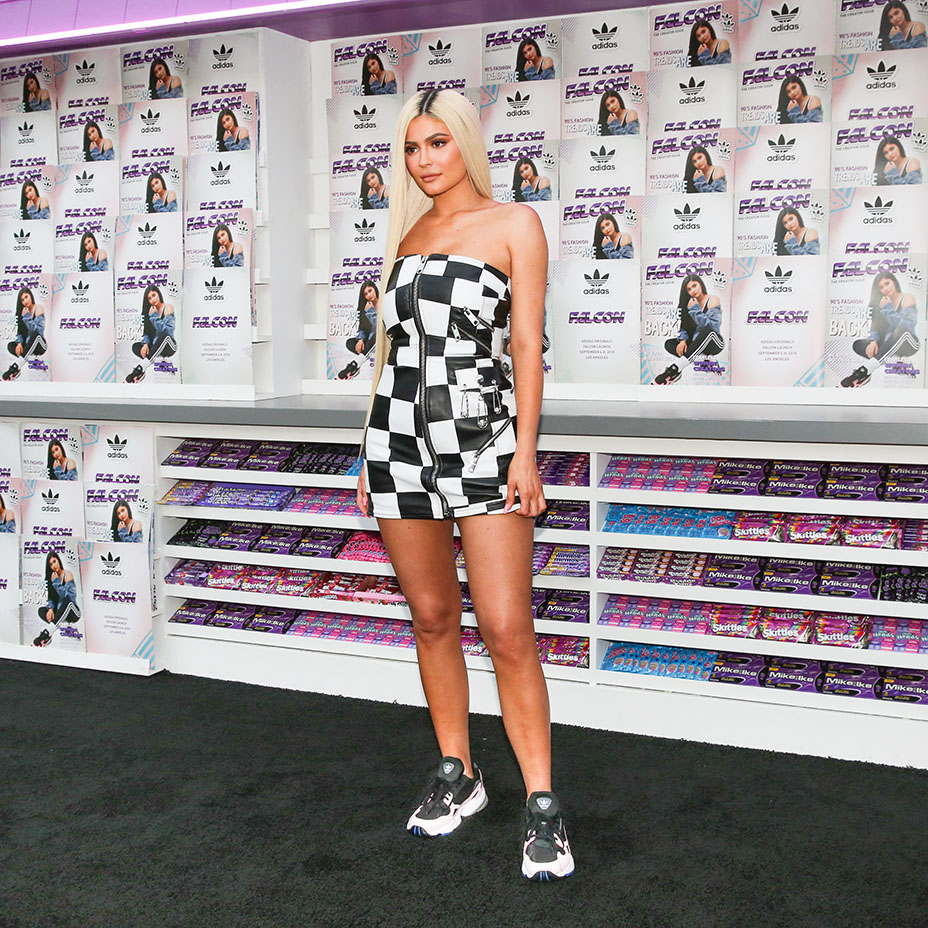 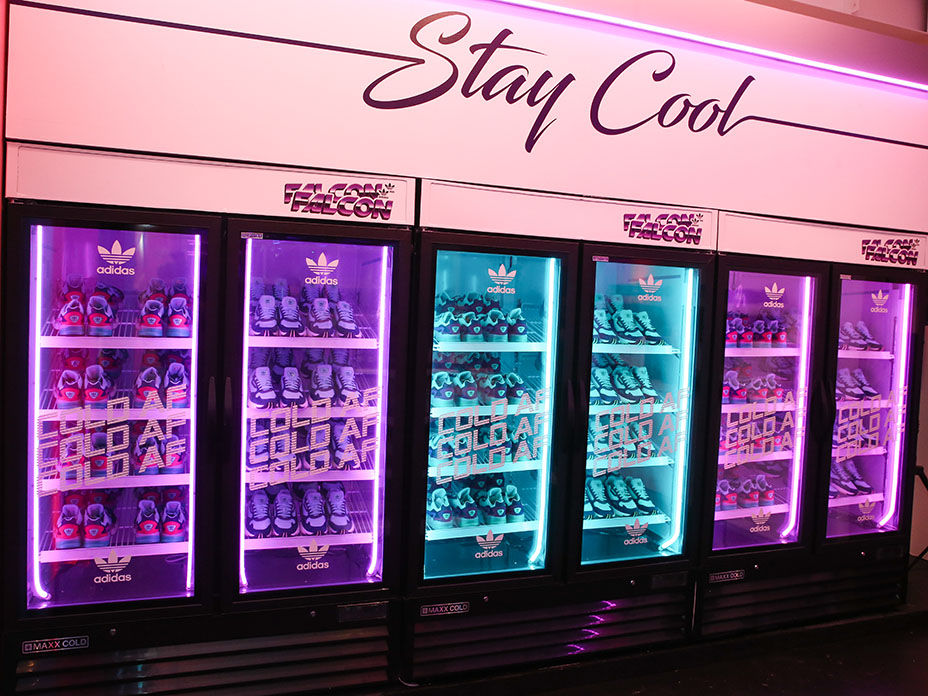 DJ Brittany Sky pumped girl power beats via Cardi B and Ariana Grande. Attendees lined up at the Grab-N-Go convenience store, where staff passed out pink and purple candy (Nerds, Laffy Taffy, Mentos, the usual pit stop fare), along with scratch-off lottery tickets that could grant the player $10 off Adidas gear.

Inside the Grab-N-Go was a claw machine and aisles of junk food packaged in Falcon logos, from ramen to lighters, not to mention the fridges full of soda had been refilled with pairs of Adidas Originals, with the room basked in neon light. Guests could purchase apparel and have it embroidered at a “Chain Gang” station.

The space’s neon lounges and pay-phone photo booths were meant to evoke a rebellious street party from the ’90s, bringing millennial guests back to, well, the millennium (Jenner was born in 1997). Adidas’ launch party atmosphere matched Jenner’s typical aesthetic, which plays off of street style.

On Thursday, the reality star posted photos from the campaign, including a retro music video-inspired clip teasing the pink throwback joggers.

Jenner has her hands full running her own direct-to-consumer beauty brand Kylie Cosmetics; she launched a Kylie Truck at The Grove last year and was named Forbes’ youngest self-made billionaire this year. So naturally, she’s too busy or perhaps exclusive to partake in many brand partnerships. She was the face of Puma for its spring/summer women’s training campaign in April 2016 before following in the footsteps of big sis Kendall Jenner, who joined the Adidas fam in May 2017.

While Nike ambassador Colin Kaepernick used his platform for political influence this week, debuting his “Believe in something, even if it means sacrificing everything. #JustDoIt” commercial, Jenner opted for a more Instagrammable sponsorship. Her presence — though fleeting — was enough to draw a crowd for the trendy curbside opening. 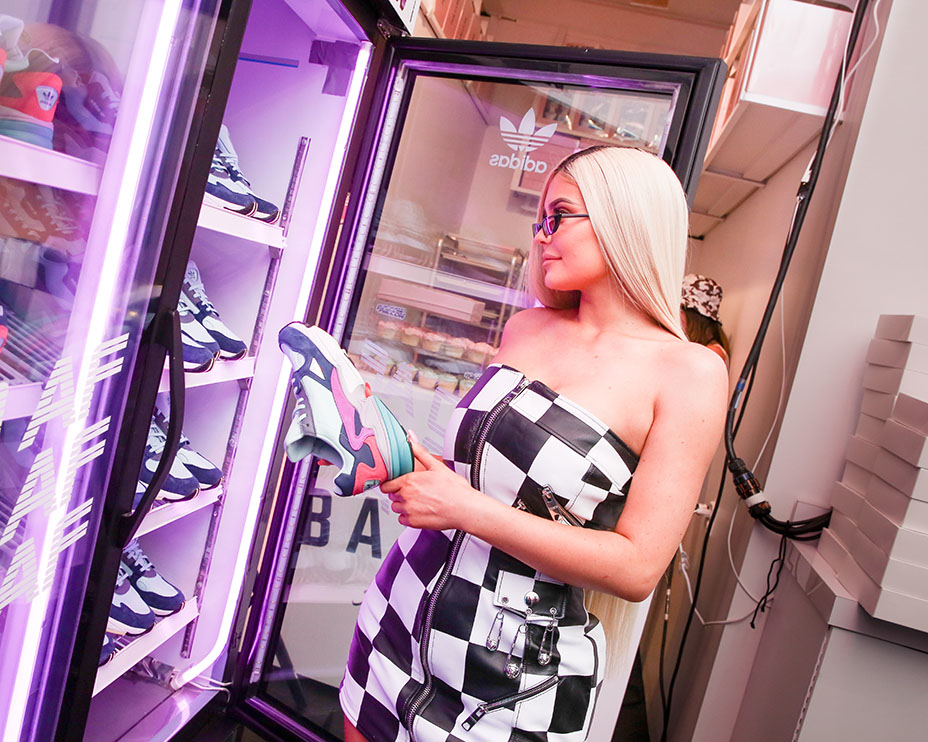 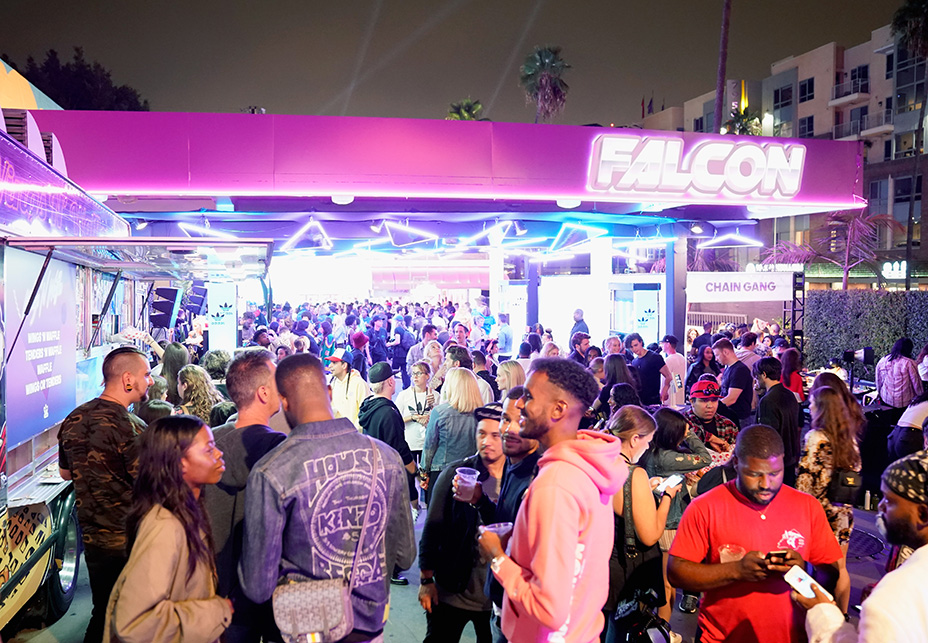 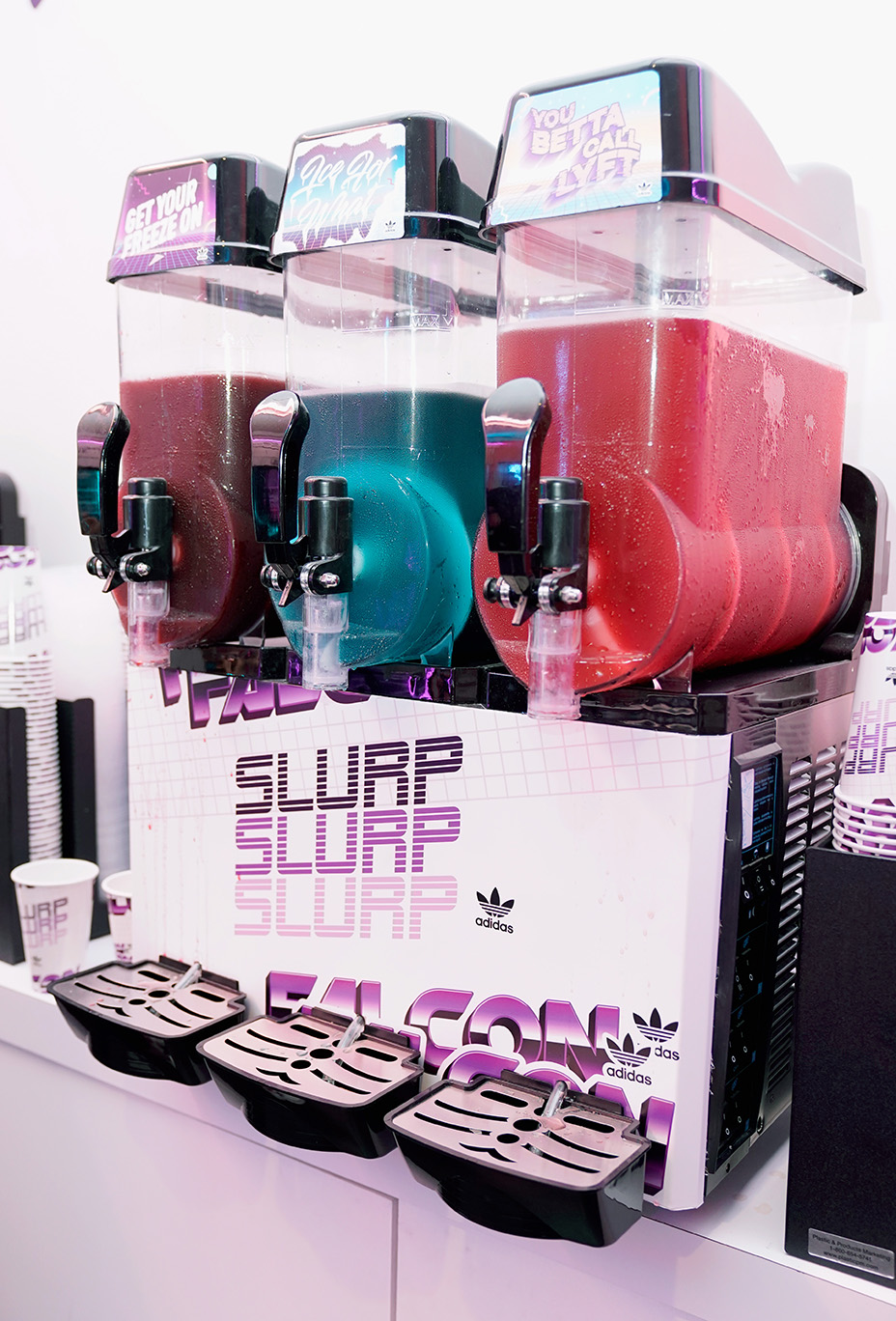 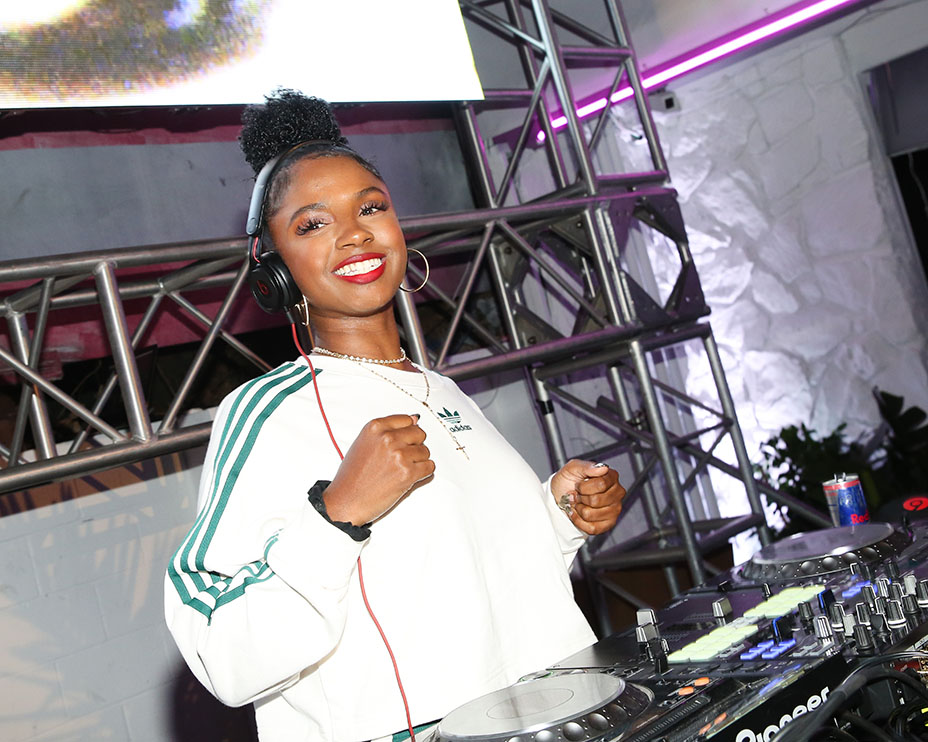