With relaxed COVID-19 restrictions sweeping across L.A. County this week — red tier guidelines, effective March 15, allow for movie theaters, gyms, museums, and indoor dining at restaurants to open doors and welcome customers with limited capacity — it seems the news has spread to the social calendar. That’s the way it looked surveying the swirl of gatherings, dinner parties and post-Grammy Awards events last weekend. Upon closer examination, people are tip-toeing onto the scene with varying approaches as some parties still require testing and PPE while other groups of vaccinated individuals are gathering indoors without masks.

'This Is Us' Stars on Ending With "A Tearful Smile," Hopes to Revisit the Pearson Family One Day

Megan Thee Stallion, a three-time Grammy Award winner and Beyoncé’s duet partner on “Savage Remix,” reportedly hit up The Highlight Room, a rooftop venue above Tao Group at Dream Hollywood, for a private dinner with family and friends that included Taraji P. Henson and Usher. (Megan’s rep did not respond to a request for comment as of press time.)

Also toasting the Grammys (at which she performed and was nominated) was Doja Cat who headed from Staples Center to the VIP Patron lounge at Hideaway. For her bash, capacity was limited to 50 people, which included her guest list of close friends as well as staff. Per a Patron brand spokesperson, all involved underwent training to comply with CDC regulations. Rapid COVID-19 testing was administered to all guests and only those who tested negative were allowed inside, as designated by wristbands and waivers. Food was served in pre-packaged containers and the entire event was held outdoors.

Elsewhere over the weekend, Liza Minnelli turned 75 on Friday and celebrated with a safe and intimate bash with close friends. Longtime collaborator and confidante Michael Feinstein posted a look inside the intimate affair which featured Feinstein on the piano while Minnelli belted out some tunes. “Grateful for vaccines that allowed a small group of us to celebrate this special lady on her special day,” Feinstein wrote on Instagram. “She told us that she was turning 12, not 75.”

Reached by The Hollywood Reporter, Feinstein said that he and husband Terrence Flannery hosted Minnelli’s intimate gathering at their new Pasadena home. Before invites went out, Feinstein consulted experts like Dr. Lawrence Piro who also attended. “We had a back-and-forth about how many people could safely be present, always being mindful of the situation and what is sensible,” he explained. “That’s the keyword — using common sense in putting something together. Even though things are looking better, we are not out of the woods so that was always the underlying consideration.” 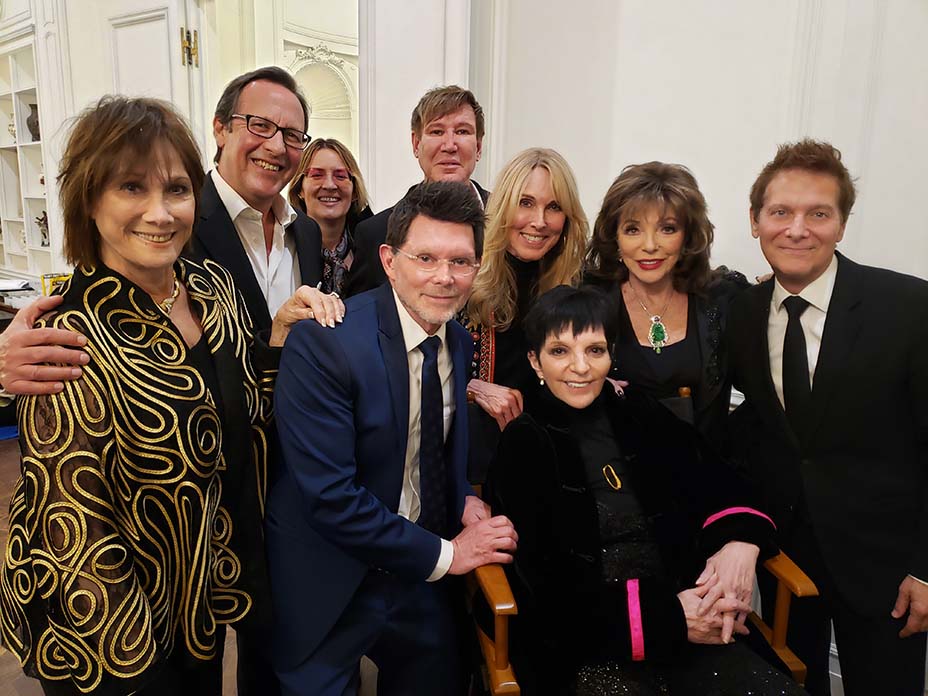 With Piro’s help, they settled on eight guests, a number that the singer also approved. Adding to the comfort level of the festivities was that everyone who attended had received both doses of the COVID-19 vaccination, except for one guest who was tested in advance of arrival. The group, photographed above, included Minnelli, Piro, Joan Collins and husband Percy Gibson, Alana Stewart and Michelle Lee (with Minnelli’s assistant, Lisa Baumgartner, pictured above, also on site).

“Even given all of that, everybody had different levels of comfort in interacting,” said Feinstein of the response people have navigating social customs and practices after a year of isolation. “One guest didn’t want any physical contact and she wouldn’t bump elbows. The rest of us felt safe to hug and be closer in physical proximity. Yet, when I hug anybody, I still have that knee-jerk reaction of, ‘Is this OK?'”

After a four-course meal, some drinks and a chocolate birthday cake with buttermilk frosting (Minnelli’s choice), the group retired to the piano to play music and sing. “It felt like old times,” Feinstein said. “That was such a tremendous gift and Liza said that she’s missed these gatherings. It felt like we were having an old Hollywood musicale again. It was wonderful.”

Feinstein added that while he is absolutely looking forward to entertaining more, plans will always revolve around safety, guests’ comfort level and the all-important vaccine. “We now feel that if everyone has been vaccinated in a small group, then it’s OK,” he said. “I’m vaccinated and I feel this is safe [for me], and the bottom line is always doing what you feel in your gut is right for you. Everybody has to make the decision of what they feel is safe for them.”

Men’s Health Foundation CEO Dr. Tony Mills, a principal investigator on the Johnson & Johnson trial in Los Angeles, said the new guidelines are “a great gift we’ve been given.” “I’m one of the most optimistic people you’ll ever meet,” he continued. “During the entire year of 2020, I wasn’t seeing any light at the end of the tunnel. I kept wondering, ‘Is it me? Or is the situation so dire there’s no light to be seen? I see light now and I see us moving towards normalcy.” Mills said he still encourages mandatory mask-wearing and monitoring COVID-19 protocols. “If everybody continues to behave correctly, we’ll get there. I would encourage people to continue to be safe, take care of yourselves and take care of your family.”

Socialite and soon-to-be Real Housewives of Beverly Hills star Kathy Hilton also toasted a birthday, her 62nd, with an al fresco dinner party at Mr. Chow on Friday, March 12. Hosted by Bling Empire star Christine Chiu, entrepreneur Tina Craig and CAA agent Cade Hudson, the dinner party was reminiscent of pre-pandemic times with Getty photographer Stefanie Keenan shooting the scene, well-heeled guests clinking glasses of champagne during cocktail hour and then sitting down for dinner. One sign that life is not yet back to normal is that Mr. Chow servers made the rounds in masks and face shields.

THR reached out to Hilton for comment but did not hear back as of press time. She did, however, thank Chiu for hosting the dinner with an Instagram caption, expressing gratitude “for making this birthday girl feel so loved and special.”

Also last week, a longtime Hilton family friend, Caroline D’Amore, got in the party spirit by hosting an event in the Hollywood Hills for the relaunch of her brand, Pizza Girl. Event organizers claim that all guests and staff were tested prior to attending the event, set at a house featured on HBO’s Entourage. Based on the photos, no one was wearing masks or adhering to social distancing guidelines. 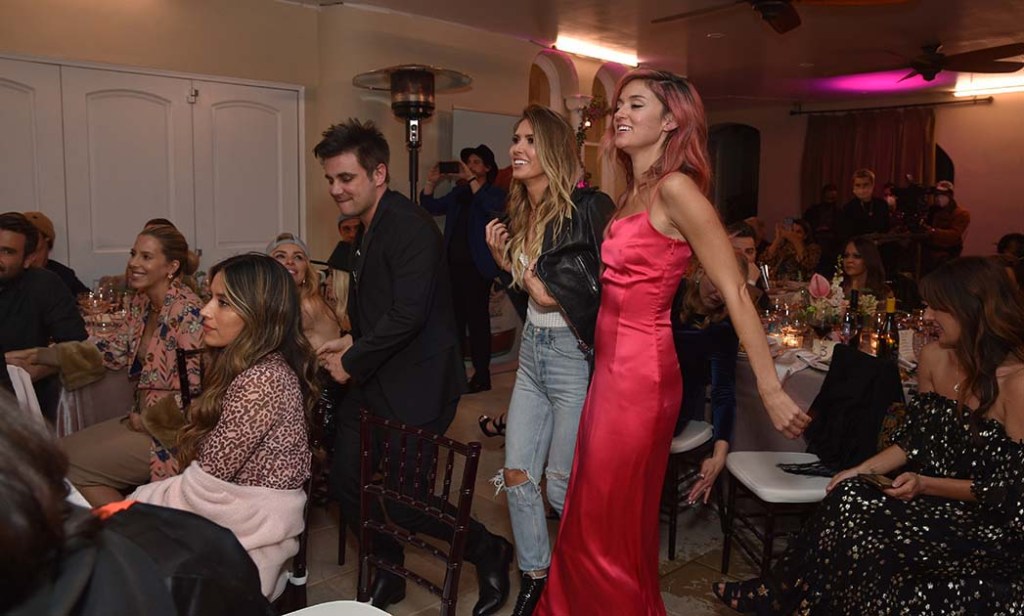