Asking some folks to scooch over, Los Angeles-based artist Frances Stark had to negotiate for a seat for herself at Friday’s sold-out premiere of her animated cinematic version of Mozart’s opera The Magic Flute at the Los Angeles County Museum of Art’s 600-seat Bing Theater.

“This is really fresh out of the oven,” said Stark with wry humility in introducing the film. “Like, really.” The audience — heavy on friends, family and fellow artists — laughed knowingly.

The Mozart project came together in an unlikely fashion. The world-famous pro skater, skate-film star and Vans designer Salman Agah saw Stark — a regular — walk into the downtown outpost of his cult pie-palace Pizzanista and invited her to join his table.

Inside the Minimalist Art Collection of Pulse Music's Josh Abraham

And that’s how Stark — who’d been struggling to realize her Absolut Art Award-winning idea to adapt the opera for today’s audiences — met Agah’s sister Ameena Maria Khawaja, a mezzo-soprano who coaches youth orchestras and has worked with Mary J. Blige and ?Marc Anthony; coached ?Coldplay for their performance at the Super Bowl 50 Halftime Show; and performed live at the Grammy Awards, as well as on The Tonight Show With Jimmy Fallon, NBC’s The Voice, American Idol and Jimmy Kimmel Live!. And savoring a slice right next to Khawaja was her boyfriend, Danko Drusko, a classical music conductor and arranger, who would become the linchpin of the creative team.

Ultimately, Stark had Drusko transform and simplify Mozart’s original score to be performed by a diverse orchestra of 10- to 19-year-olds from throughout L.A., whom Khawaja helped hire and coach. Those who aren’t away at college or studying in music conservatories elsewhere attended the premiere Friday and received applause and enthusiastic whoops during the elaborate animated credit sequence Stark created to honor, one by one, each musician’s role in the opera.

“The thing about The Magic Flute that makes it so special is that it was deliberately a mash-up of high and low culture,” Stark explained in an interview. The composer and librettist “married this coarseness with these enlightenment high ideals about integrity and truth.” 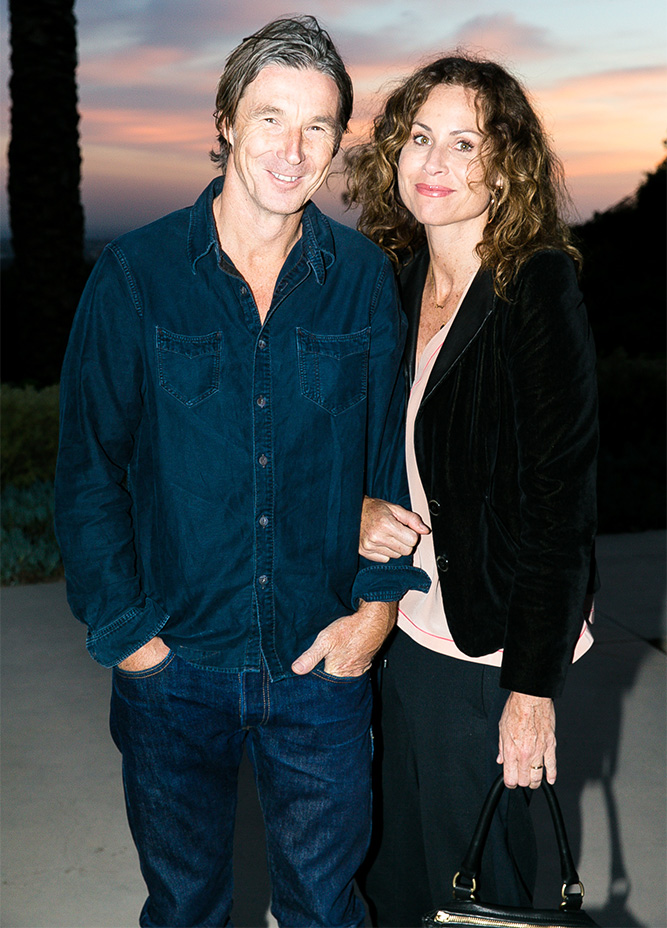 Stark and Drusko “didn’t want to dummy down the score, but they made it playable,” explained the renowned Motown and R&B legend H.B. Barnum, who produced the recording session with the children and teens. “If we had had a young Heifetz, Mozart’s score would be easy!” Barnum, who spent the earlier part of the week in Las Vegas helping “redo the O’Jays‘ whole act,” has produced, created arrangements and written for ?Aretha Franklin, The Temptations, ?The Supremes, ?Frank Sinatra, The Jacksons, Phil Collins and Ray Charles, among many others, and has scored countless series and specials including The Oscars, Golden Globe Awards, The Grammys, The Tonight Show, American Idol and the Olympics. He added that that working with the kids brought back memories of his own time playing clarinet and French horn in a marching band and a youth orchestra while in high school: “It was fun because all I had to do was listen to these incredible kids.”

Barnum was among the guests at an intimate dinner in Stark’s honor Thursday hosted by Absolut, which funded Stark’s project. The party, at the Beverly Hills home of producer Randy Simon, included Speechless star Minnie Driver and her boyfriend, curator Neville Wakefield, who recently organized Desert X, the curated land-art phenomenon in Palm Springs, closing Sunday, April 30. (Notably missing was Will Ferrell, of whom Stark is somewhat of a superfan: Impressed by what she perceived at the artistry and political subtext of his unpopular and critically panned comedy Casa de mi Padre, she organized a screening and discussion with Ferrell about the drug wars at the Hammer Museum in 2015.)

As a teen growing up in Southern California, Stark had seen The Magic Flute, which premiered in 1791 as the last of Mozart’s 22 operas and has been among his most popular ever since. She remembers loving the music but being overwhelmed by the spectacle of the production. “I had no idea what the story was,” she says. (The Magic Flute tells the tale of a prince and a bird-catcher seeking love and enlightenment.)  “Then about 10 years ago, I encountered Ingmar Bergman’s film version and it was absolutely wonderful! Because of the subtitles I could follow the story and connect it to the music.”

In Stark’s version, her trademark animation puts the lyrics front and center onscreen, but instead of operatic vocalists, a different musical instrument and a different typeface “portray” each character. (The Queen of the Night is a classy yet foreboding all-caps, engraving-style Copperplate Gothic, and Papageno a youthful spring green Comic Sans MS font.)

Christine Y. Kim, a curator for contemporary art at LACMA, said Friday that Stark’s piece was “one of the most moving new works of art I have seen in a long time.”

Despite a number of minor technical snafus that caused unintended pauses and sound-pops in the score, the audience responded warmly, laughing during the humorous moments Stark had added through, for example, silent-movie style sound cards to convey unseen action; the introduction of tympanic dance beats in different sections of the score provided by one grown-up musician, the Los Angeles percussionist Greg Ellis; and in the credits a winky face for Mozart “for writing this down.”

Stark, who has work in the permanent collections of the Museum of Modern Art, the Tate Modern and LACMA (which first acquired her work 20 years ago through a fund for emerging local artists), also has new paintings on view in the Whitney Biennial in New York through June 11 and is participating in the upcoming Venice Biennale. Her sprawling mid-career survey, which originated at The Hammer Museum in 2015, closed at Boston’s Museum of Fine Arts at the beginning of this year. And her video and digital works were the subject of a solo show at The Art Institute of Chicago, also in 2015.