Continue to The Hollywood Reporter SKIP AD
You will be redirected back to your article in seconds
Skip to main content
August 21, 2019 7:30am

Located in a sprawling warehouse-like building in downtown L.A.— licensed to produce, manufacture and sell — the label will open the doors of a 6,500-square-foot experiential flagship store on Saturday, Aug. 24 at 12 p.m. Kim gave The Hollywood Reporter an exclusive sneak peek at the company’s state-of-the-art space that one-ups MedMen, also known as “the Apple store of weed.” 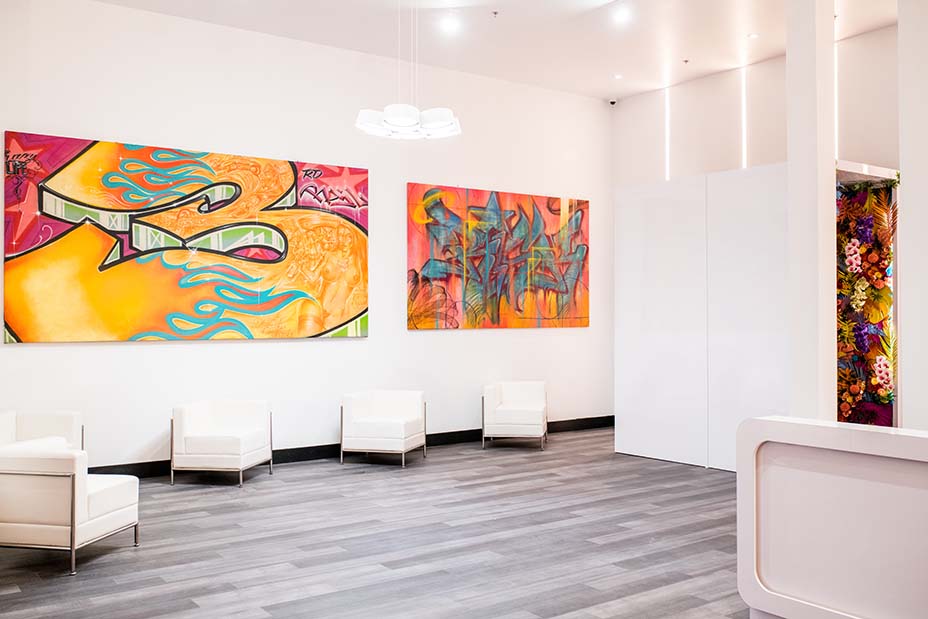 A strong scent of cannabis wafts through the parking lot and reception, where guests confirm an eligible 21-year-old age, before groups are led from an exterior lobby into the arty outer sanctums of the new retail space. With collectible pieces by renowned L.A. graffiti artists Mr. Cartoon and Kelly “Risk” Graval hanging next to elaborate “Instagram pods” decked out with installations of vibrant faux flowers on one side and metallic silver blooms on the other, the social media appeal is evident.  The installations are “a reflection of the creativity in the Arts District,” says Kim.

En route to the shop, guests walk through a “light tunnel” room emblazoned with an ever-changing show of LED-projected graphic art (to the tune of $75,000-worth of high-def projectors and walls brushed with $10,000 black matte paint to heighten the experience.)

Next up is the lofty shop, complete with graphic 29-foot installations by Hollywood-loved street artist RETNA, whose fans include Justin Bieber, Kris Jenner, Swizz Beatz, Usher and Dave Chappelle. The minimalist space, finished with a black-and-white marble-effect epoxy floor, houses four futuristic sales pods with mirrored inventory. This is a calculated move, so customers can be better attended to without feeling “rushed, crowded or pressured,” says Kim, adding that 50 percent of dispensary sales are flower, so he wanted to spread out the most lucrative goods. 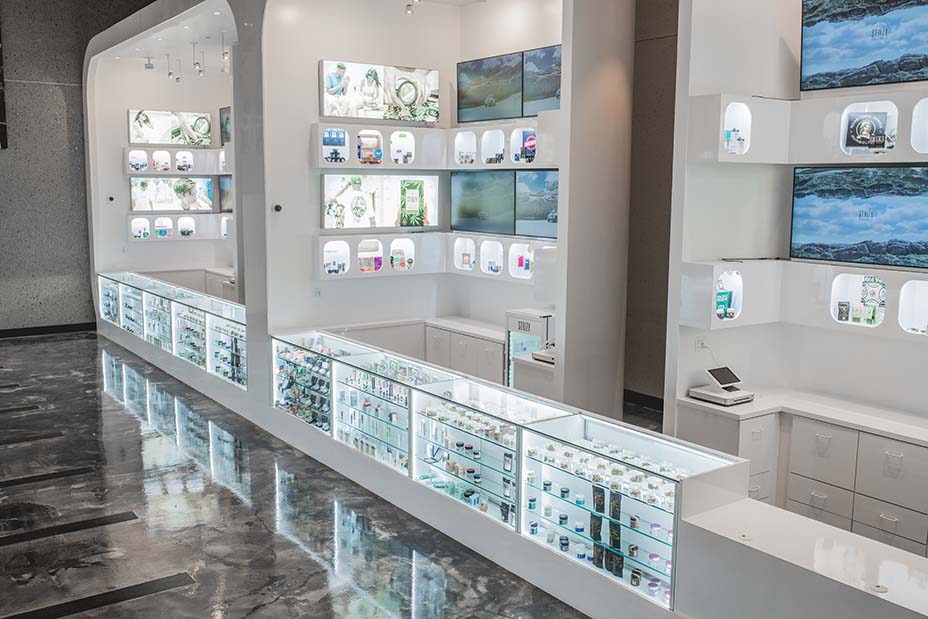 While Stiiizy is known for its vape pens in seven colors, the flagship store opening will mark the drop of the label’s Liiit flower and pre-roll brand (in flavors including King Kong, White Walker, Grape Sorbet, Orange Cream and Strawnana; vacuum-packed with nitrogen to preserve shelf life) and Biiit gummy edibles in seven flavors, all exclusive to its retail shops. There will also be an array of limited-edition, street culture-inspired Stiiizy merch, from beach balls, T-shirts and skateboards to lanyards, rolling trays, hats and $300 glass bongs.

A Stiiizy vape pen personalization station offers complimentary engraving of initials in a variety of fonts or emoji characters such as diamonds, lightning bolts or magic 8-balls. An eighth camouflage-patterned pen will launch soon, with a percentage of proceeds going to a veterans organization, says Kim, who served in the U.S. Army in Baghdad, Iraq as part of the 2007 troop surge when he was just 19 years old. “Cannabis helped me with my PTSD and anger, and that gave me the passion to build this business” he says.

The boutique also sells over 55 other popular cannabis brands, such as Lowell Herb Co, Papa & Barkley, Elyon and KushyPunch to add variety and a range of pricing. All of the edibles are displayed candy shop-style for greater transparency, since regulations forbid imagery or viewing panels on packaging. 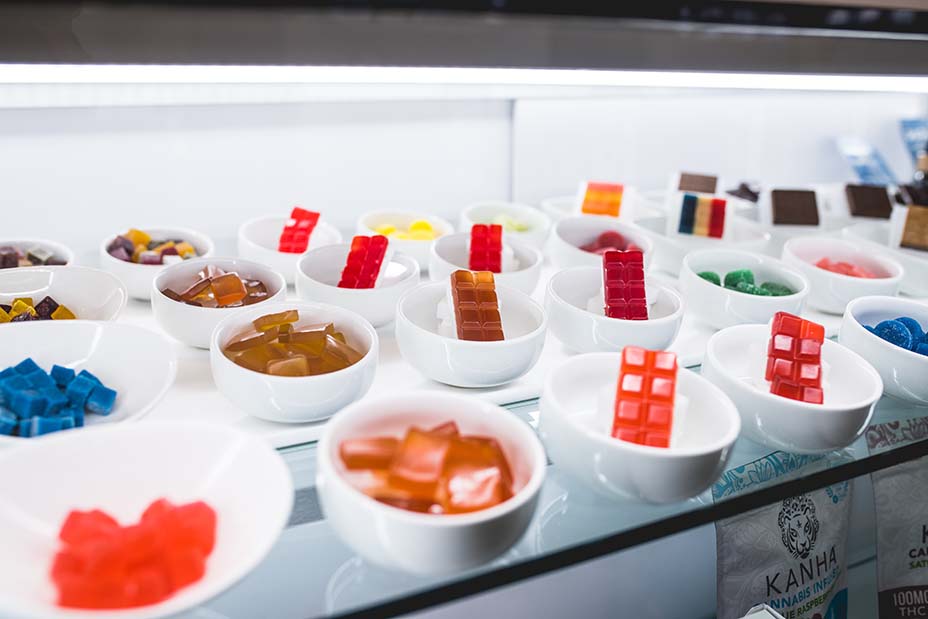 Soon to come are “voyeur” windows in the shop that cut through to a grow room that showcases on-site, seed-to-sale cultivation. “We’re going to be able to show consumers a real cannabis jungle, which everyone is interested in, right?” Kim says. “You’ll be able to see the whole process in action!”

The new downtown L.A. location will be followed by two additional locations in San Francisco’s Union Square and Chase Center neighborhoods, due to open “very soon,” Kim says, admitting that he is into “trend-driven hype, where it just comes out of nowhere,” so he doesn’t like to give advance notice on openings and product drops. Also in the works are five other California Stiiizy retail stores in Palm Desert, Davis, Jurupa Valley, San Bernardino and Modesto. The brand is now in four states, also including Nevada, Washington and Michigan, as of last week.