BCBG Max Azria, with its 570 brick-and-mortar boutiques, is the latest American retail firm to fall prey to digital competition.

On Thursday, Bloomberg reported that the fashion label, one of three under the BCBG Max Azria Group umbrella, which also includes Herve Leger and BCBGeneration, is closing several stores and shifting its focus to e-commerce, wholesaling through other retailers and licensing.

Sundance: How to Bring Your Nanny to the Festival

Said Seth Lubove, a spokesman for BCBG at Sitrick & Co., “Like so many other great brands, BCBG has been negatively impacted by the growth in online sales and shifts in customer shopping patterns and, as a result, has too large a physical retail footprint.”

The company founded by Max Azria in 1989 (which stands for the French phrase “bon chic, bon genre”) peaked in the mid-2000s, finding favor on the red carpets with tween darlings Lauren Conrad, Camilla Belle and Miley Cyrus, the latter of whom collaborated with Azria on a short-lived Walmart collection in 2009.

One of the most powerful figures to emerge from the L.A. fashion scene in the last 25 years, Azria, an immigrant from Tunisia, was early to the idea of democratizing fashion, selling gowns in the $500 range and showing them on the runway in New York to lend a high-fashion patina. He built an international empire that once boasted $1 billion in retail sales.

He is married to Lubov Azria, chief creative officer of the BCBG Max Azria Group. The West Coast couple made headlines in 2015 for selling their Beverly Hills estate for $85 million. 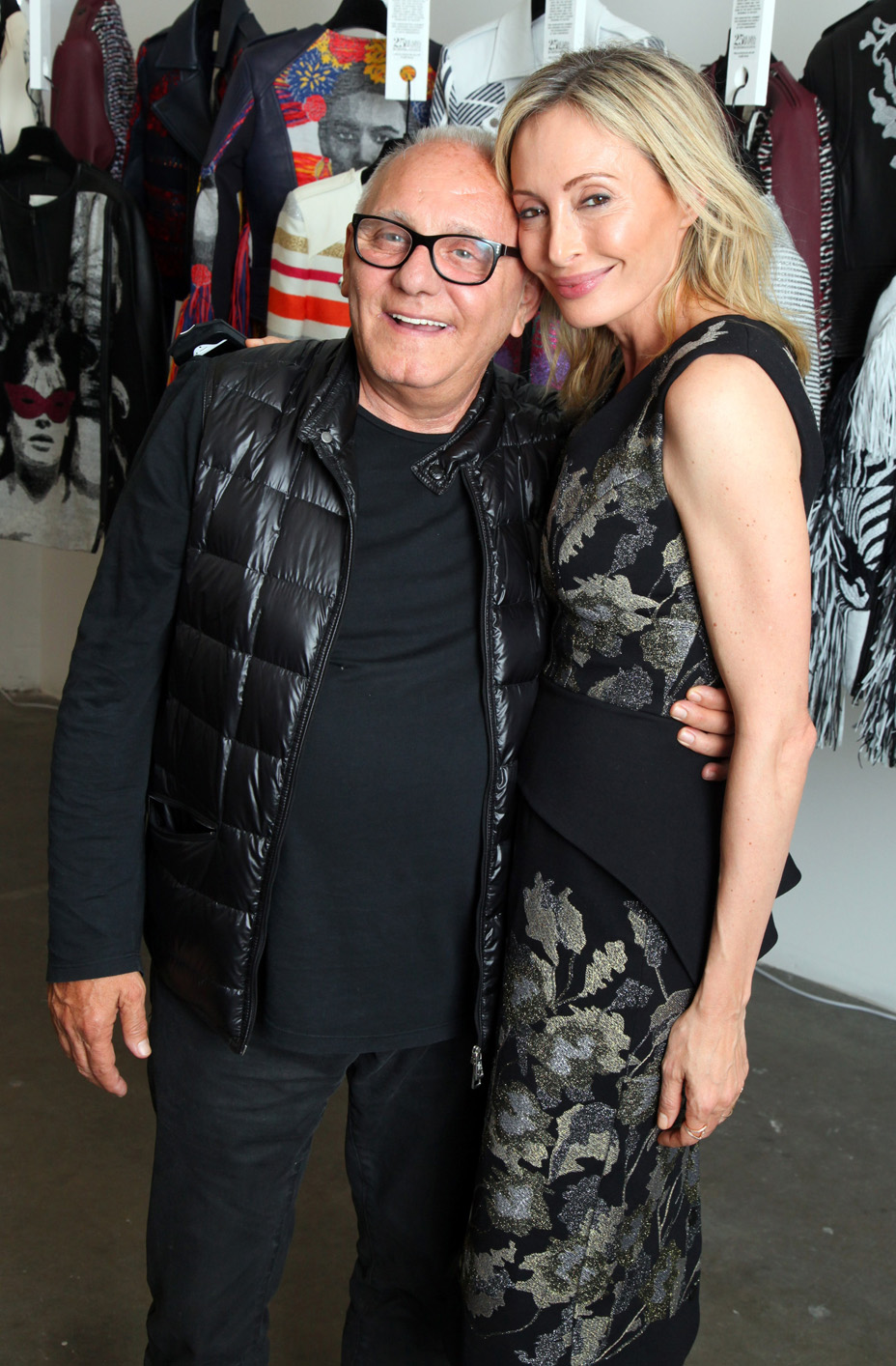 BCBG Max Azria has struggled over the past few years, hampered by overly aggressive brand extensions and retail expansion plans, and increased competition from fast fashion giants Zara and H&M. Last year, 123 employees were laid off from its Vernon, Calif.-based offices. The company has hired Alix Partners LP to restructure its debt load, although, according to Bloomberg‘s sources, the company isn’t in risk of bankruptcy.

Just last week, fellow L.A.-based retailer American Apparel announced the closure of all 110 of its retail stores. Other mall fixtures, including Macy’s and Sears, also announced store closures scheduled for early 2017, and all of The Limited stores closed this month.