Just one week before the Oscars, the L.A. Italia Fest opened Sunday night with its weeklong celebration of Italian and American films by honoring many of the candidates up for Academy Awards. Producer Harvey Weinstein, screenwriter Luke Davies and cinematographer Greig Fraser took home the prize for best film for Lion. Mel Gibson was on hand to accept the award for best director for Hacksaw Ridge. And Justin Hurwitz took home the festival’s prize for best song for La La Land’s “City of Stars.”

Weinstein and Davies accepted the best picture award while giving credit to the Italian masterpiece The Bicycle Thief for influencing their film.

“Without Italy, there wouldn’t be Lion. The first 15 minutes of the film is De Sica, Rossellini, it’s neorealism,” said Weinstein.

Also on hand was the film’s star Sunny Pawar, who went home with his own best young actor award. “When we first tried to get Sunny to America, it wasn’t easy. The administration had changed and the other people were in and the Obama people were out. I was willing to do an Argo and rent a plane and bring him in anyhow,” said Weinstein.

“It takes a village to make a movie, and the woman who said that should be the President of the United States right now,” added Weinstein. “She got the majority vote.” 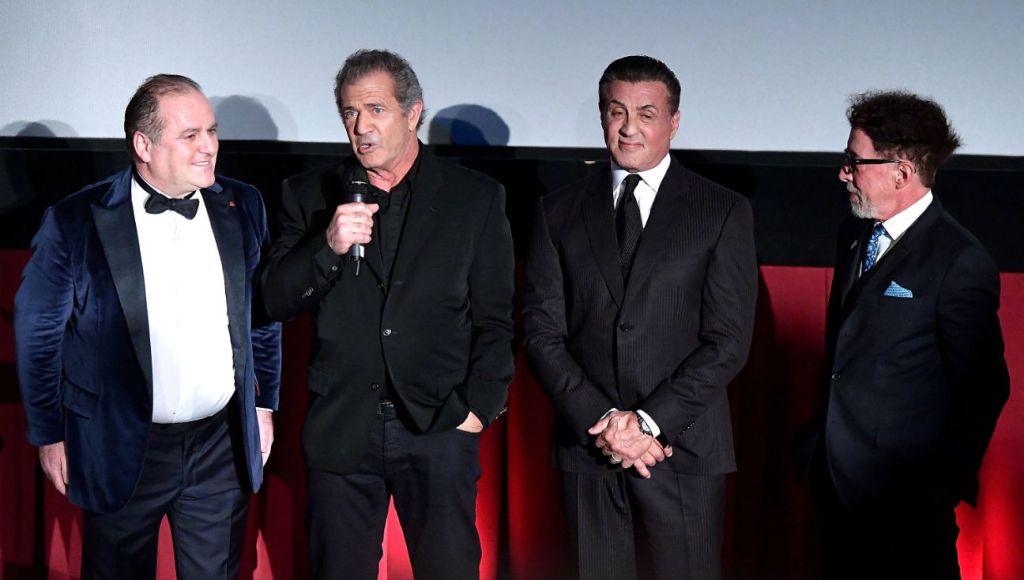 Gibson showed up to receive the best director award for Hacksaw Ridge from his friend Sylvester Stallone.

“It’s comes as no great surprise he’s always going to be at the forefront of this industry,” said Stallone of Gibson. “He’s gifted.”

Gibson accepted the award, expressing his love for shooting in Italy, where he filmed The Passion of the Christ more than a decade ago.

“I’ve been looking for excuses to go back and shoot there, and I will, hopefully pretty soon,” he said, possibly referring to his planned sequel for The Passion, called The Resurrection.

Stallone then received his own honor from Gibson, the festival’s Jack Valenti Lifetime Achievement Award. “In memory of Jack Valenti and for all the filmmakers here,” said Stallone, “keep punching and never give up on those dreams.”

La La Land’s Hurwitz surprised the assembled guests with an impromptu performance of his Academy Award-nominated song “City of Stars,” after accepting the prize for best song of the year. “The film premiered in Italy, and that was a really pivotal moment, because it was the first time that we knew that the movie was going to work or not,” said Hurwitz. “The feedback we got there was really special.”