Those in attendance included Garcetti (who took a turn at the piano), Chazelle, producer Jordan Horowitz, Oscar-winning composer Justin Hurwitz, Oscar-winning production designers David and Sandy Wasco and choreographer Mandy Moore. As part of the celebration outside Los Angeles City Hall in downtown L.A., Bandaloop aerial dancers performed a medley of dances inspired by the film on the facade of the building. According to the city, the events fall in line with L.A.’s support of the arts while honoring Chazelle’s portrait of the city.

“Very cool” is how Hurwitz described the special recognition ahead of the special day. “With the film and the music, we were hoping to capture certain flavors, colors and feelings of Los Angeles, so to have the actual city embrace the film is very flattering,” Hurwitz tells The Hollywood Reporter. “It’s really cool that this movie has become a touchstone for so many people in so many places.” 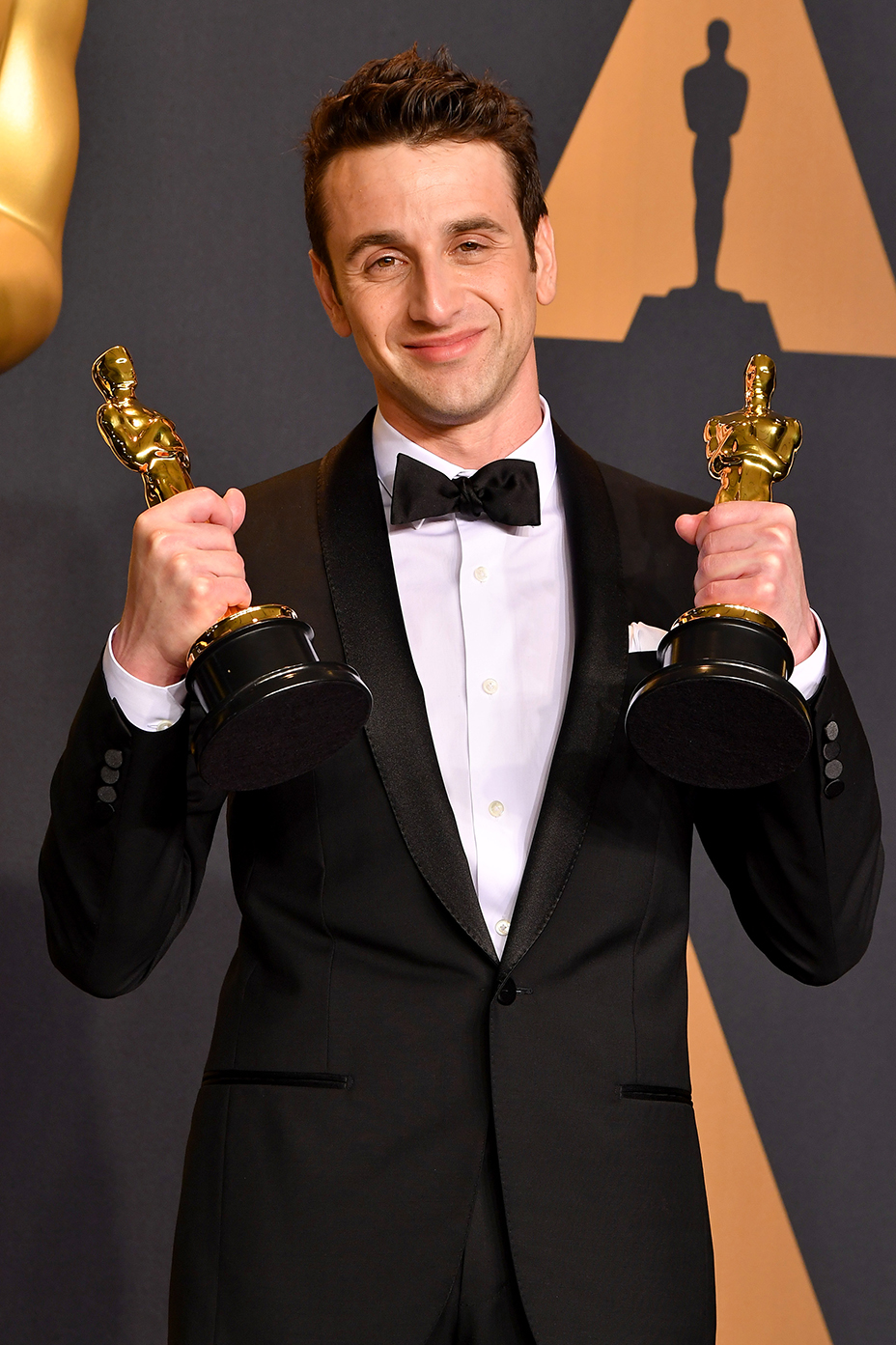 More people will have the opportunity to experience the film and its music in real life when Hurwitz and his musical crew take over the Hollywood Bowl for two nights starting May 26. La La Land in Concert will feature the live score against the backdrop of the film, and Hurwitz is in now in the thick of preparations.

“It has taken over my life and is a full-time job right now,” he admits. “I’m very excited — I love the Hollywood Bowl. It’s one of the iconic locations that wasn’t used in the movie so to get to have a connection between La La Land at that location in some ways is very fitting.”

One of his goals for the performance is to try to bring back as many musicians who worked on the film score as possible. That, along with presenting some new music that lovers of the movie haven’t heard yet.

Days later, on April 30, the Hermosa Beach Pier will host members of the La La Land production team — including supervising location manager Robert Foulkes, music supervisor Steven Gizicki, musicians and others — for a special event that will see the pier transformed back into the set from the film. Classic lamp posts will be installed, Mayor Justin Massey will offer a proclamation presentation and the Oscar winning song “City of Stars” will be performed.

As for Hurwitz, he’s got no time for socializing. “I’m very busy,” he says, when asked about his life and workload at the moment. The Oscar wins are great, but haven’t dramatically transformed his day-to-day life. “I look at them every day. They are sitting on my piano and they give me so much joy to look at every day. But I can’t say my life has changed. I just work really hard.”