La La Land has secured itself as one of the top films this awards season.

So far it has scored seven Golden Globe nominations, won seven Critics’ Choice awards including best picture and is performing above par at the box office. Domestically the film has earned $22.2 million and $17.7 million internationally.

The draw? Besides Ryan Gosling tap-dancing, it’s about two dreamers, Mia (Emma Stone) and Sebastian (Gosling), caught in a love story in the center of the picturesque and colorful Los Angeles landscape — a two-plus hour tour of L.A., if you will.

Says The Hollywood Reporter‘s film critic Todd McCarthy, “If you’re going to fall hard for Damien Chazelle’s daring and beautiful La La Land, it will probably be at first sight.”

For some moviegoers who are natives, the locations in the musical are recognizable. For others who watch the love letter to L.A. and are not too hip on Hollywood and local landmarks, most of the locations are unknown territory. If you’re visiting L.A. and want to see what it’s like beyond the scenes captured in the film, here’s THR‘s guide to some of the most memorable locations in La La Land.

The 115-year-old funicular railway in downtown L.A. hasn’t been working since 2013, but that didn’t stop Chazelle. Angels Flight is shown during the leading pair’s memorable love story montage. 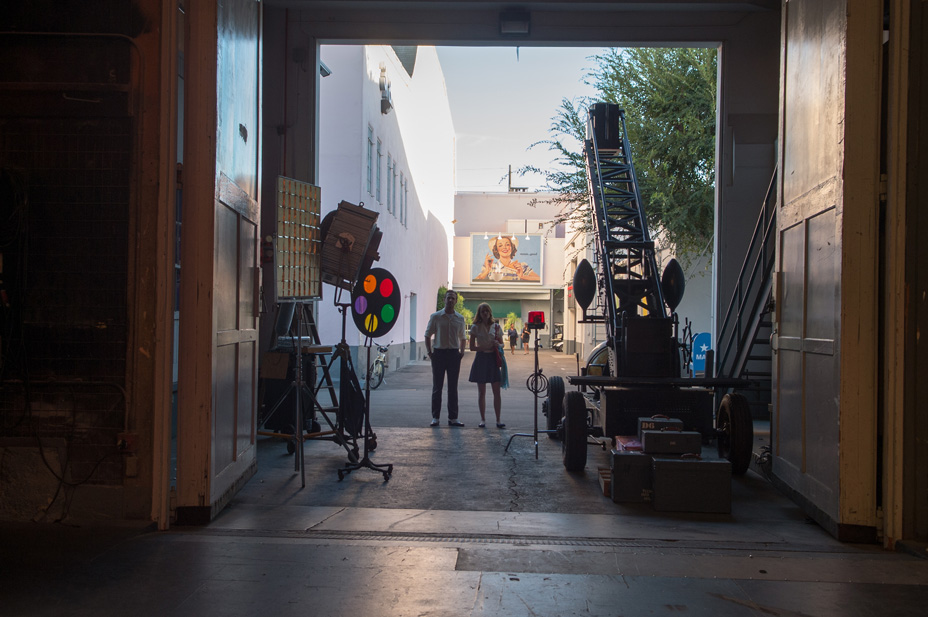 It wouldn’t be a movie about Hollywood if fans didn’t get to see a famous studio lot. For La La Land (a Lionsgate film) the Warner Bros. backlot is on display. Mia works at a coffee shop on the lot and constantly daydreams; she never seems to get an order right. Sebastian surprises his new love interest, who he called a barista in a scene prior and pokes fun at the lot’s tight security he claims is hunting him down after he snuck in. Although the lot is supposed to be Warner Bros. this scene photographed above was actually shot at Hollywood Center Studios in real life. Other scenes shown on the lot were shot at Warner Bros. in Burbank. 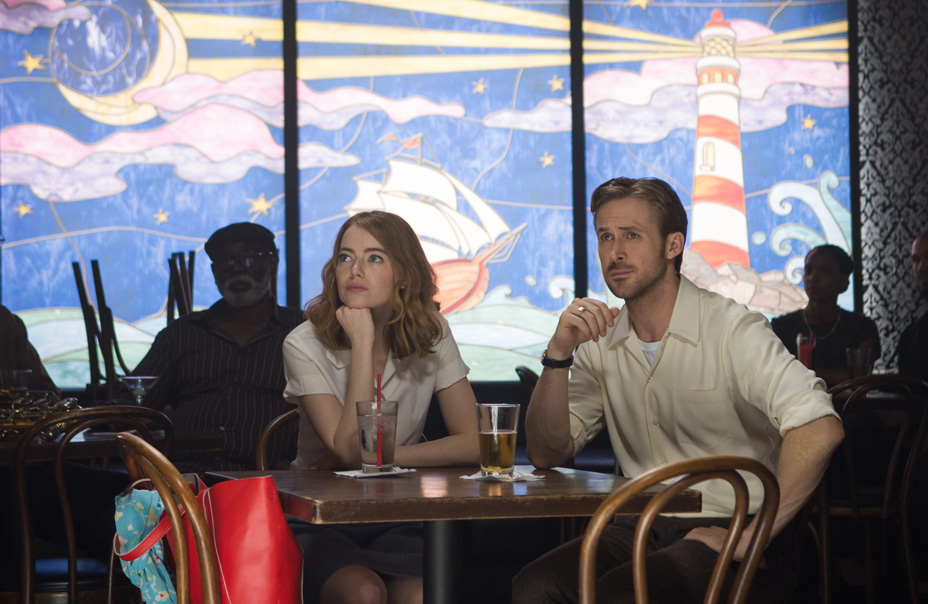 The film centers around Sebastian’s dream of opening his own jazz spot. His Hollywood plan could be a wake-up call to Los Angeles, as there aren’t too many swinging jazz clubs in the city. The film went a little outside of L.A. to Hermosa Beach and the iconic Lighthouse Cafe to film. 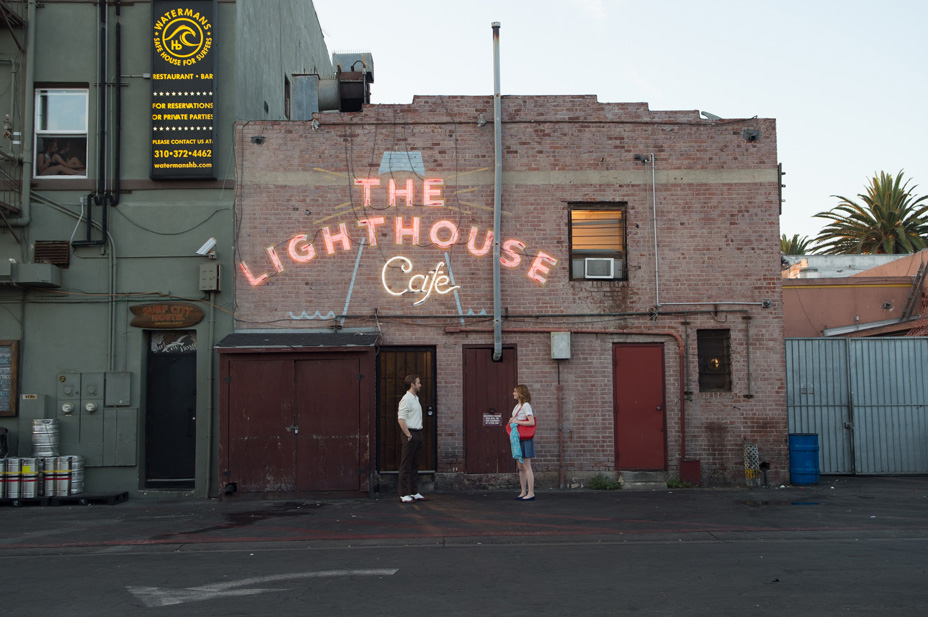 The Lighthouse Cafe showed Sebastian’s love for jazz while introducing Mia to her own love for the genre as well as her adoration for her other half in the musical love story. 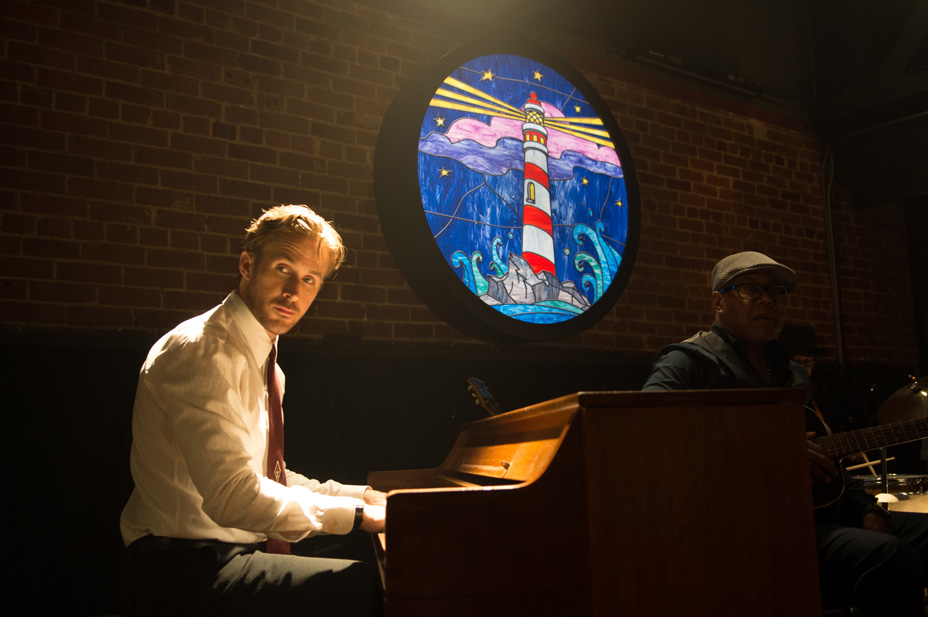 The location also served as a place where you run into old rivals like John Legend’s character. That same scene is Legend’s debut in the film — and on the big screen. 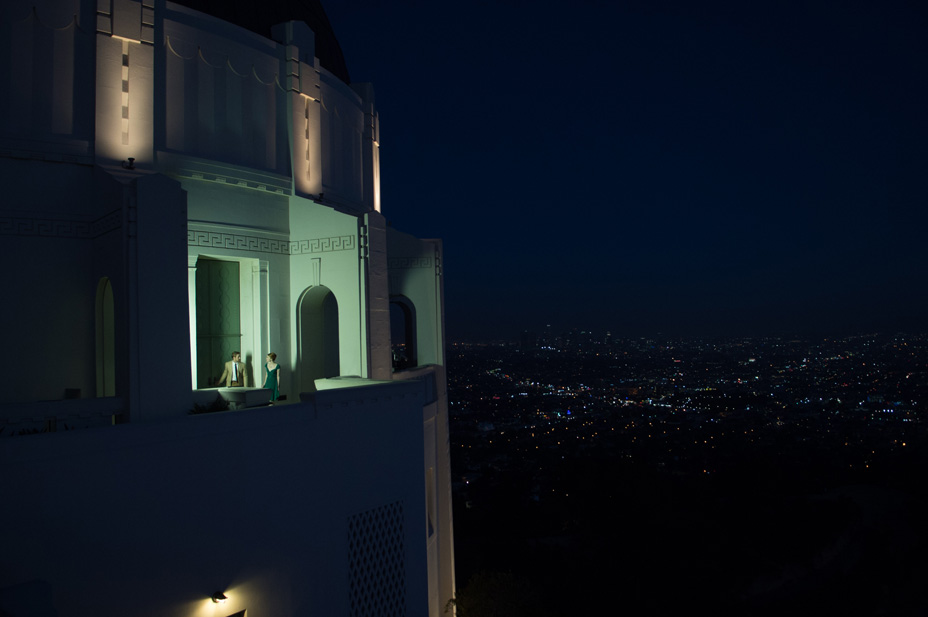 The Griffith Observatory is already a major tourist attraction, but after the film’s out-of-this-world, magical sequences there, it may now be a No. 1 date spot.

Another date spot is Grand Central Market downtown. Mia and Sebastian eat at Sarita’s, but one of the most famous spots at the must-visit market, for tourists and locals alike, is Eggslut. 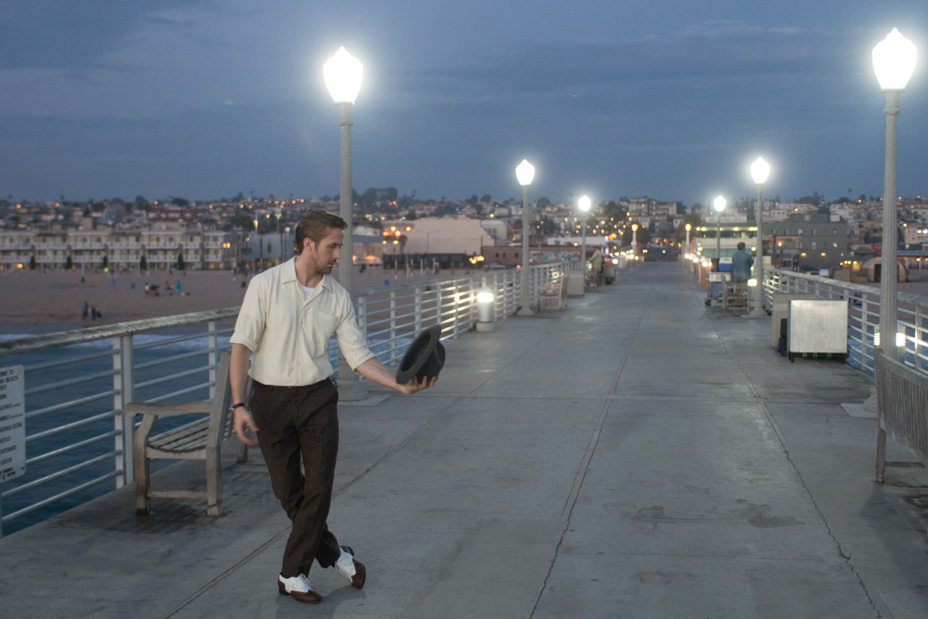 If you’re looking to avoid the crowded Santa Monica Pier, then head to Hermosa Beach Pier, where Gosling sang the film’s tune “City of Stars” and swooned a married woman.

It wouldn’t be Los Angeles without a scene on the freeway, natch. You may have heard about the infamous 101 and 405 from “The Californians” skit on Saturday Night Live, but you’ve never seen a traffic jam like this — a dance scene filmed on the ramp connecting the 105 and 110 freeways. Chazelle told THR that the opening number served as a reminder to audiences about what they were in for: “It’s part of the reason why we decided to, like a lot of stage shows, begin with a big ensemble number right off the bat. Mainly, it’s a warning sign to people in the audience. If people are not going to be comfortable with it, they’ll leave right away.”