Like so many high schoolers, Lady Bird, the character played so beautifully by Golden Globe winner and Oscar nominee Saoirse Ronan in Greta Gerwig’s film, hates where she comes from. In the movie, Sacramento takes a bit of a beating from its namesake, yet it still comes off looking rather pleasant. In fact, Gerwig, the Oscar-nominated director, considers the film a love letter to her hometown, which she’s called a “magical place.” The year in the film is 2002, but California’s capital city today is actually a cool, emerging destination in its own right.

It’s been interesting to see how, in the months since its release, Lady Bird has impacted what’s arguably the most historic part of California. According to the Visit Sacramento tourism board, the film has increased buzz around the city so much that a local company is designing a walking tour specifically around Lady Bird locations. What’s not traced back to the movie is the fact that, of late, there’s been a renewed energy in Sacramento, with new development, a robust food scene and an increasing number of creatives making it their home base. Despite all the newness, the city is loved for its approachability. 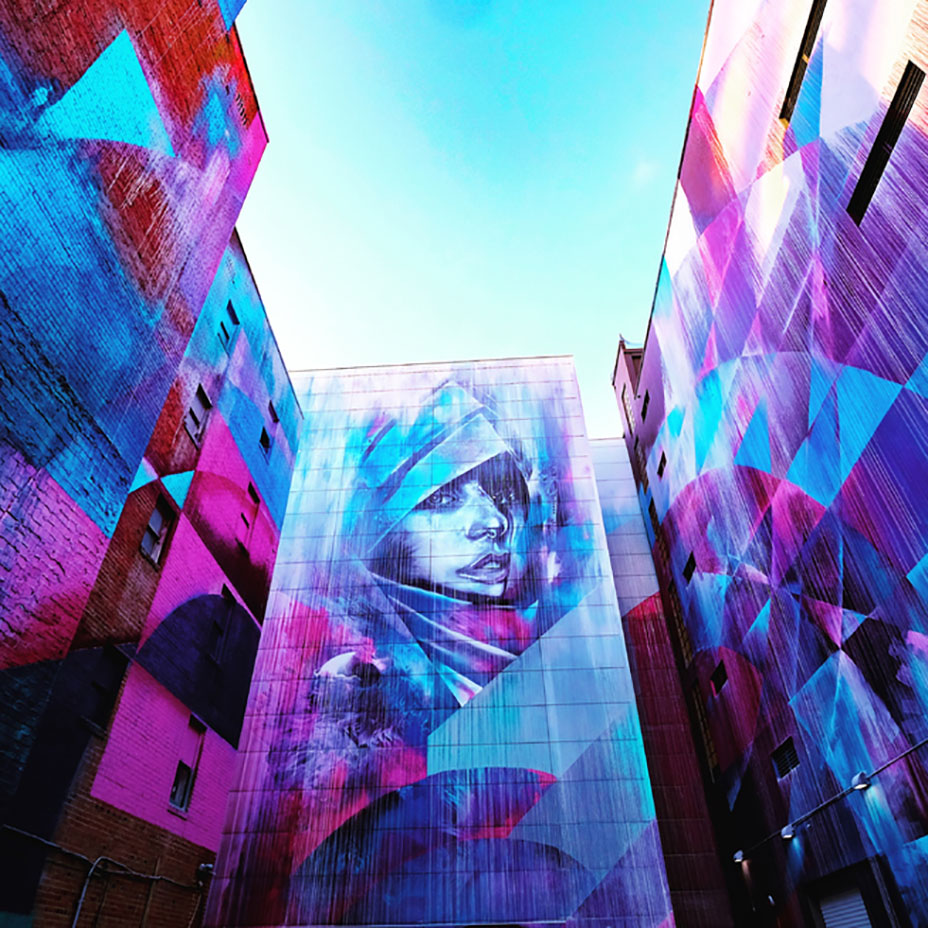 As seen in Lady Bird, colorful public street art is embraced in Sacramento, thanks in part to support from Mayor Darrell Steinberg, who recently announced creative grant awards for residents. There is even a mural festival, Wide Open Walls, that takes place each summer (Aug. 9-19 this year) and last year added more than 40 murals around the city. Self-guided walking tours allow visitors to admire the art.

Other places worth a wander are the Fabulous Forties, the upscale neighborhood of classic Tudors where the grandmother of Lady Bird’s boyfriend lived; the iconic Tower Bridge; and McKinley Rose Garden, where the fledgling couple first expressed their love. 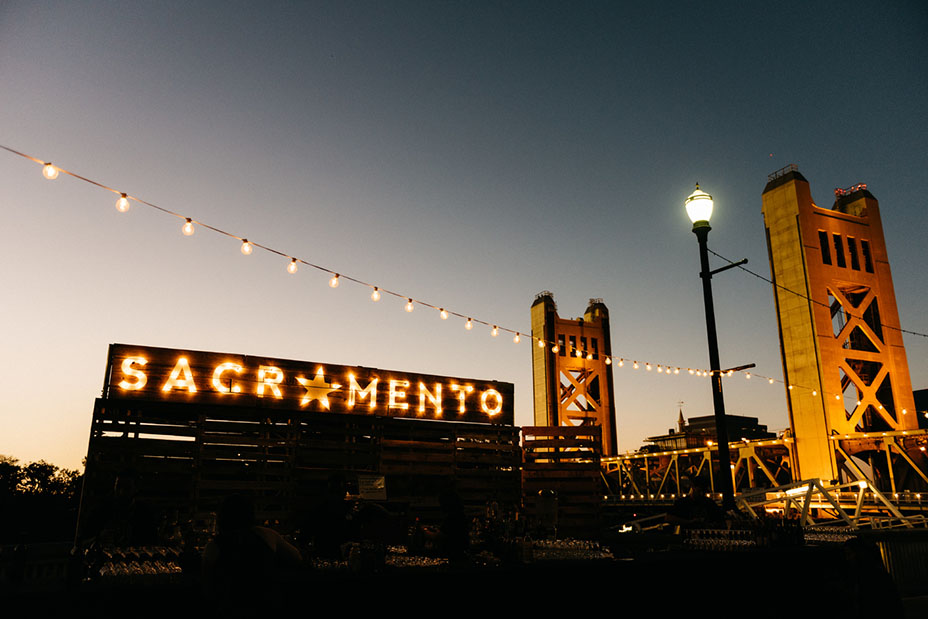 Of course, fans of the film know some of the most memorable scenes were when Lady Bird and her mom went shopping. The real-life store is Thrift Town, in north Sacramento. While it doesn’t appear prominently in the film, the iconic Tower Theatre was where Gerwig held a screening of her film, surrounded by family and childhood friends. The neon sign for favorite dive Club Raven, with its jukebox and pinball machines, might look familiar, too. 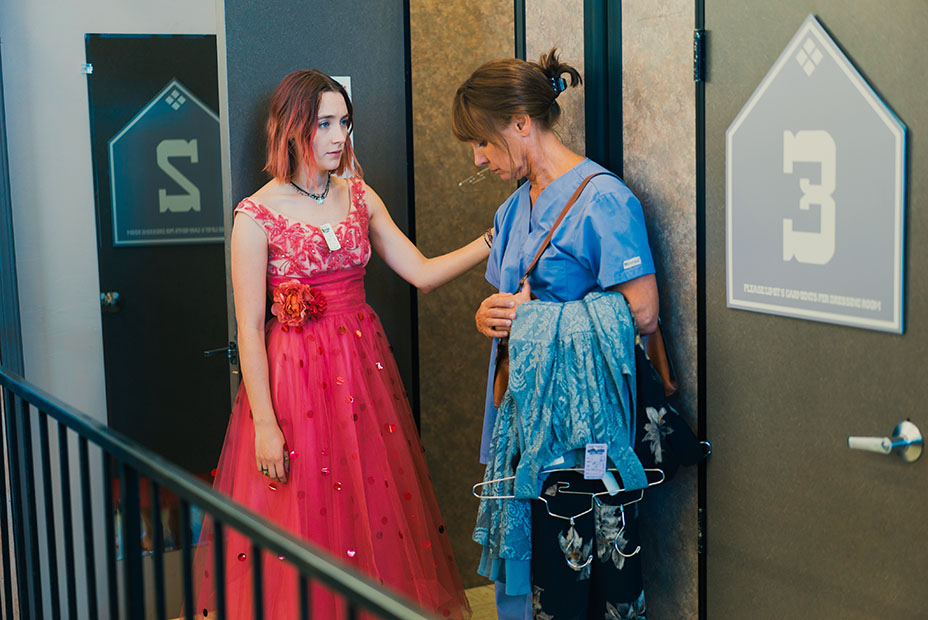 As far as things that definitely weren’t around in 2002 Sacramento, there’s the brand-new and instantly cool Kimpton Sawyer Hotel in the heart of downtown, with 250 serene guest rooms and 35 suites that offer picture-perfect views of the city. It also features the city’s first rooftop pool — a hot ticket, no doubt — and the bar/lounge Revival at the Sawyer that has in just a few months become a nightlife go-to. (Echo & Rig is the hotel’s soon-to-open farm-to-table steakhouse.) 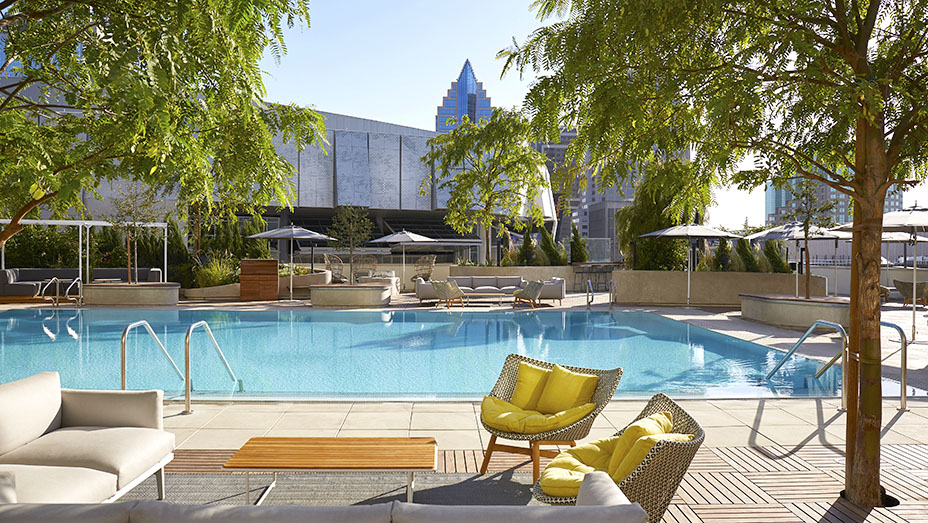 A highlight of the new hub for those who work in Silicon Valley has become Downtown Commons — if you’re local, you’ll call it DOCO — a mixed-use shopping and entertainment complex surrounded by art galleries, shopping, farmers markets and top restaurants. Second Saturdays in Midtown are perfect for a walk through street fair stalls when many art studios are open as well, but there’s always the Crocker Art Museum for day-to-day visual stimulation. Come this spring, the historic D.O. Mills Bank Building reopens as an architecturally exciting food hall with vendors and bars encased in three floors.

The Hollywood Guide to Minneapolis for Super Bowl Weekend

For cocktails, there’s the tiki-themed Jungle Bird, with plenty of fun drinks and the perfect dose of kitsch, and Ten Ten Room, a secluded spot serving craft cocktails and comfort food. And for a throwback evening worthy of Lady Bird, there’s Punch Bowl Social, with karaoke, bowling, foosball, ‘80s arcade games, shuffleboard and bocce courts, not to mention three meals a day and locally brewed suds.

With all that, it’s safe to assume that today Lady Bird wouldn’t be quite so embarrassed by her hometown.