When it comes to bold fashion and beauty statements, Lady Gaga has always been always one to watch, from her David Bowie-inspired red wig and blue eye makeup at the 58th Grammy Awards to her 2010 MTV Video Music Awards meat dress.

The A Star Is Born actress debuted her latest colorful hair transformation at her Enigma opening night in Las Vegas last week and took her look one step further on the 76th Golden Globes red carpet — this time matching her hair to her cerulean Valentino gown with the help of her longtime Haus of Gaga wigmaker, hairstylist Frederic Aspiras. 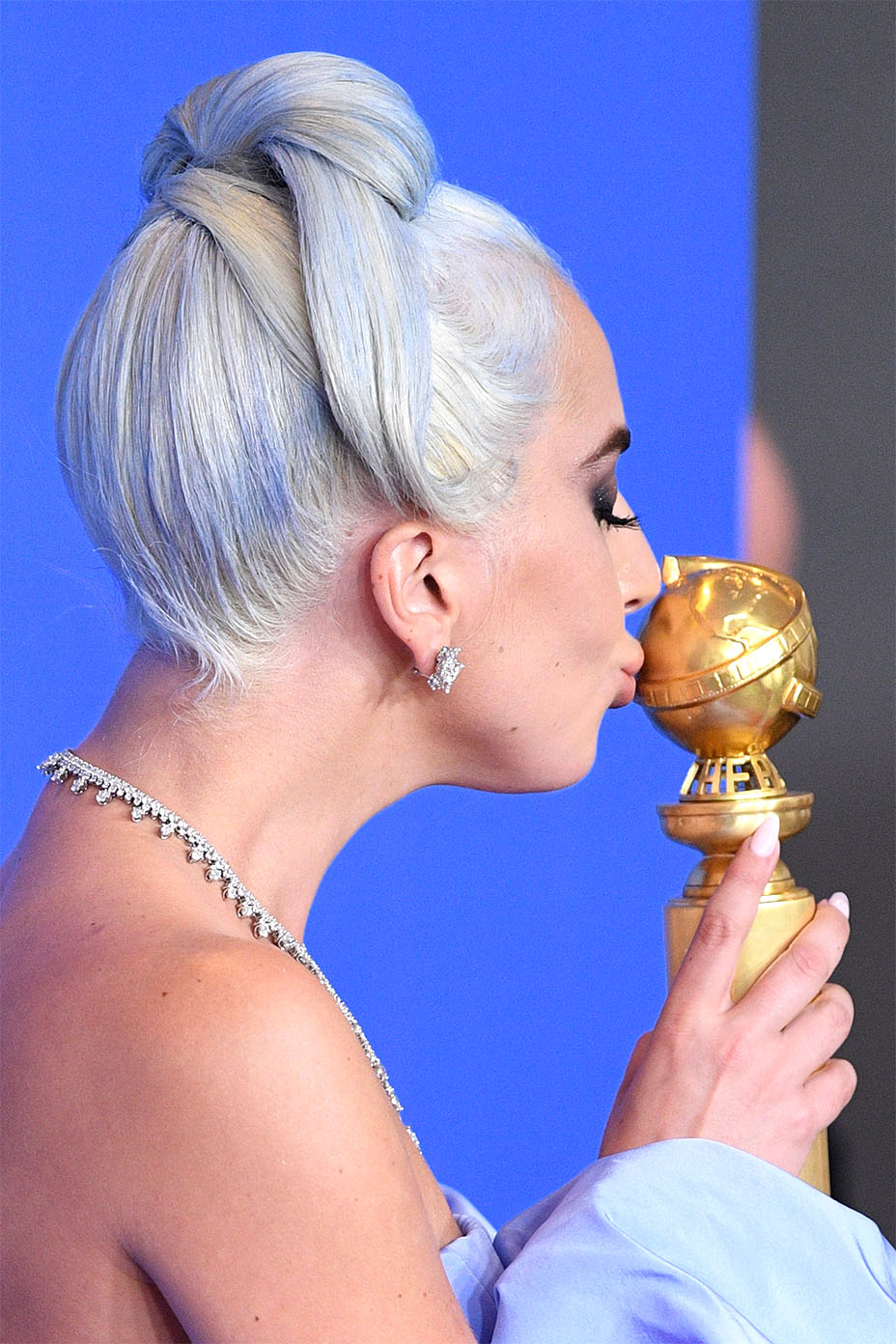 So how did the look come about? When it comes to the creative process, the effort is very much a collaborative one, says Aspiras. “I’ll make a few sketches of the hair or show a mock-up hairstyle and/or color choice of a wig so we can try it on with the gown. We spend so much time thinking it through and trying different options.”

The pair knew they wanted to really bring the “Gaga” look out this awards season. “And then the Valentino gown came in for the fitting we knew we had to do cerulean blue hair.” Aspiras says. The hairstyle itself was inspired by 16th century European aristocracy. “The elegance of the women of that era who wore clothes of extreme elegance and regalia was our inspiration.” 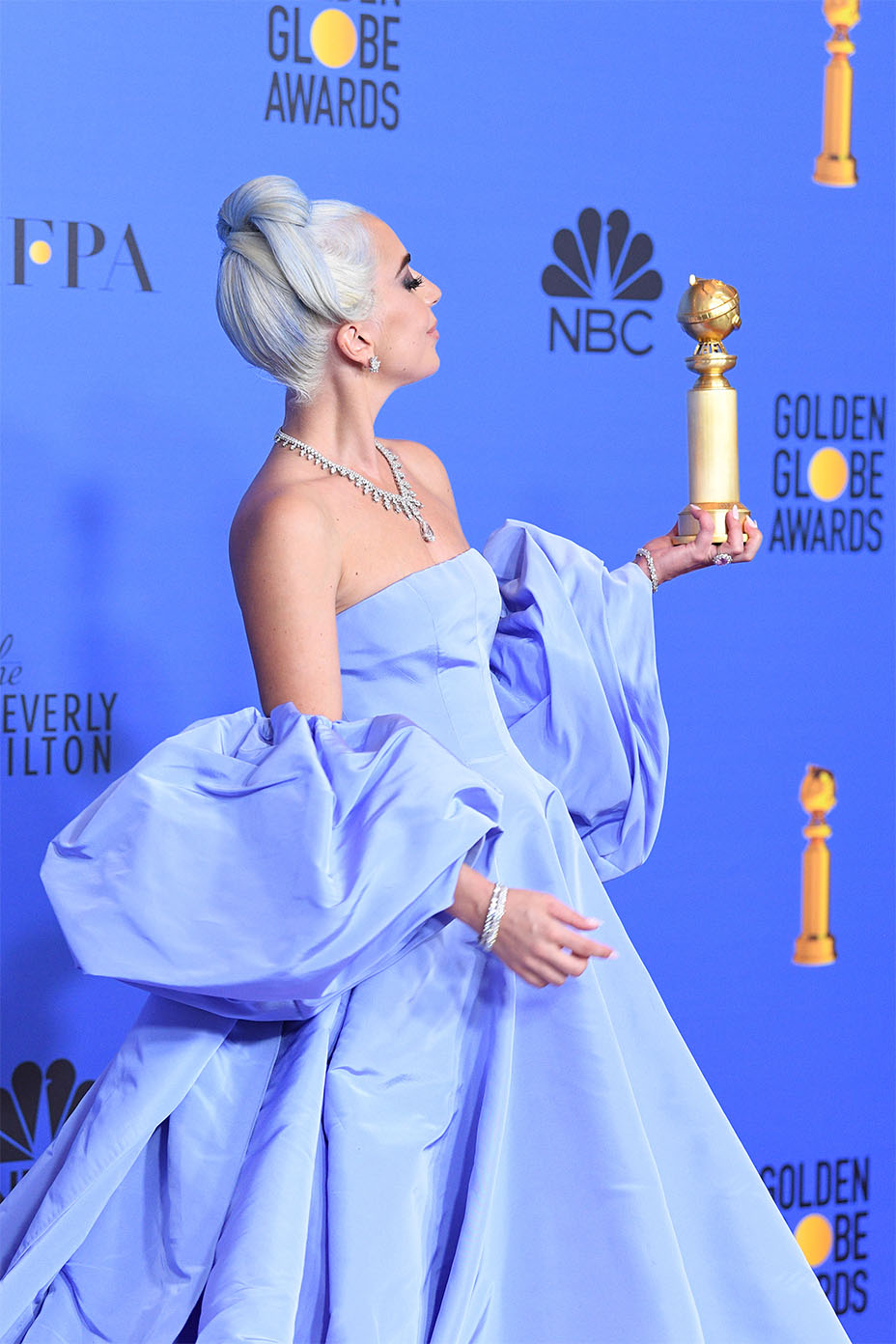 To achieve the color, Aspiras used Joico Blonde Life Lightening Powder to create a brilliant blond base shade, followed by Joico Color Intensity in Sky and Rose, mixed together with the Clear Mixer to make the Cerulean Blue.

To style Gaga’s bun, he swept the hair up into a ponytail then wrapped it into a half bun, leaving the end of the hair out and parted to each side of her head.

Finally, he wrapped the ends of the hair around a curling iron to create long-lasting curl and finished with a liberal spray of Joico Humidity Blocker Finishing Spray.