Though it may only take home one Oscar, A Star is Born won big at the Hollywood Beauty Awards on Sunday night.

The annual awards show, which recognizes the best in makeup and hairstyling, honored several talents behind Lady Gaga and Bradley Cooper at the Avalon Hollywood event. Plus Kim Kardashian and Denzel Washington presented their respective gurus, Chris Appleton and Larry M. Cherry, with hairstyling honors.

Gaga’s hairstylist Frederic Aspiras was also nominated and told The Hollywood Reporter on the red carpet, “I finally get to sit back and appreciate and reflect. … It’s been a really exciting two months, two years.” He added, “I couldn’t ask for a more rewarding experience and journey with Lady Gaga and my team. They’re like family.”

Aspiras said one of the biggest challenges of Gaga’s hairstyling for the film was “making her look bad,” as he dyed her hair from platinum blonde to brown and back again. “I think after doing that, I can probably do any movie now,” he asserted. The team was on set for 18 hours at a time with three hours of sleep, he added.

During her acceptance speech, Amador said, “Tom and I have been hustling to get here for over 10 years … Sarah, Freddi, we love you so much,” while Eerebout added, “I want to thank Gaga, obviously, for what she did for us.”

Tanno thanked Gaga onstage as well, though the singer was not present. “To Gaga, she’s my muse. And she fights for me, she believes in me. She helps me write the rules and break them,” she said, pointing to the September Vogue cover: “She fought for a month to get me on that job, and a lot of artists won’t do that.”

Attendees at the Hollywood Beauty Awards ceremony were buzzing about the Academy’s decision to boot the makeup and hairstyling category off of the live Oscars telecast, only to add it back in after considerable industry backlash.

“How can you not honor the hair and makeup and cinematography? Without hair, without makeup, how are you ever going to get the emotion or translate that?” Aspiras told THR. “To have us pushed aside like that … we deserve a platform to be honored.”

“I’m glad the Academy decided to put back those categories, so people will recognize us. That’s exactly what this is all about at the Hollywood Beauty Awards,” he added.

Honoree Edward James Olmos told THR he was glad “big time” of the decision to restore the categories to the live broadcast: “We all put in the plea, ‘Don’t do that.’ I just don’t understand it sometimes. If it takes three hours, if it takes four hours, I’m sorry but that’s what it takes.”

The veteran actor called makeup and hair the “nuts and bolts” of the industry. “I’m very grateful to them. Without them, I wouldn’t be who I am today. There’s no way you can do film and television and theater without it,” Olmos said.

HBA costume honoree Ruth E. Carter, Oscar-nominated for the costume design of Black Panther, told THR that the Academy miscommunicated the news that they were only cutting the walk up and the leave, but were keeping the speech. “It just got misconstrued and everybody got up in arms, and once again the Academy looked bad, so they had to make good,” she said. 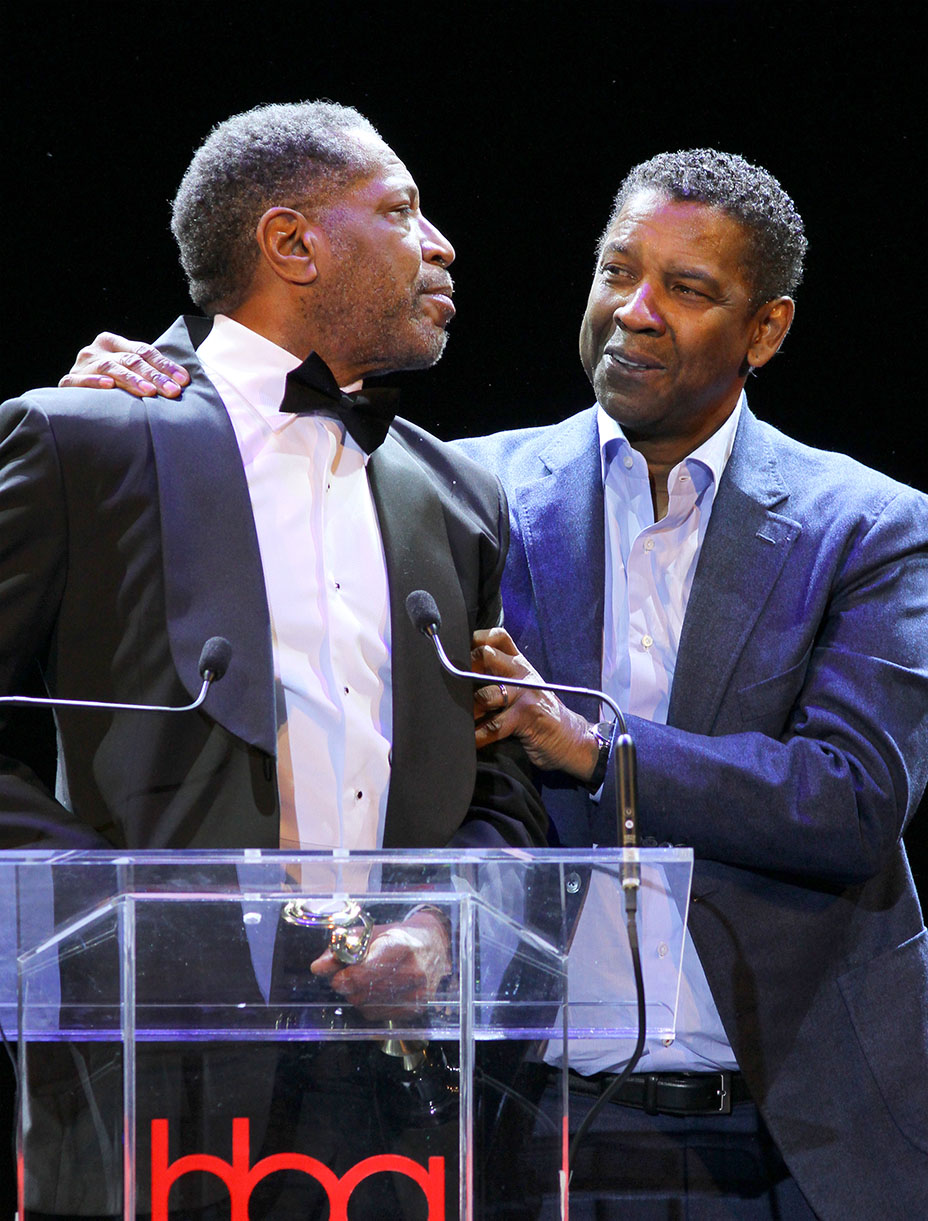 Cherry told THR he was happy the award was back live. “My job is for the audience to believe in that character. As long as I have my work where it’s not hurting your eyes … I’ve done my job,” he said.

During the ceremony, Washington gave the hairstyling trophy to Cherry, who has worked on the actor’s hair for 30 years and now cuts his son’s hair. Washington called him “my barber and my psychologist” as well as “my man, my brother, my friend. He’s always like, ‘I’m there for you.’” (Cherry will next reunite with Spike Lee on his Vietnam project starring Chadwick Boseman: “He lets me be creative,” Cherry said.)

Appleton won in the hairstyling category, presented by Kardashian, who told the crowd, “I respect glam teams so much. They give us life. They truly mean so much to me, and so many people in the industry have become some of my closest friends.” The reality star added of Appleton, “This man changed my life.” 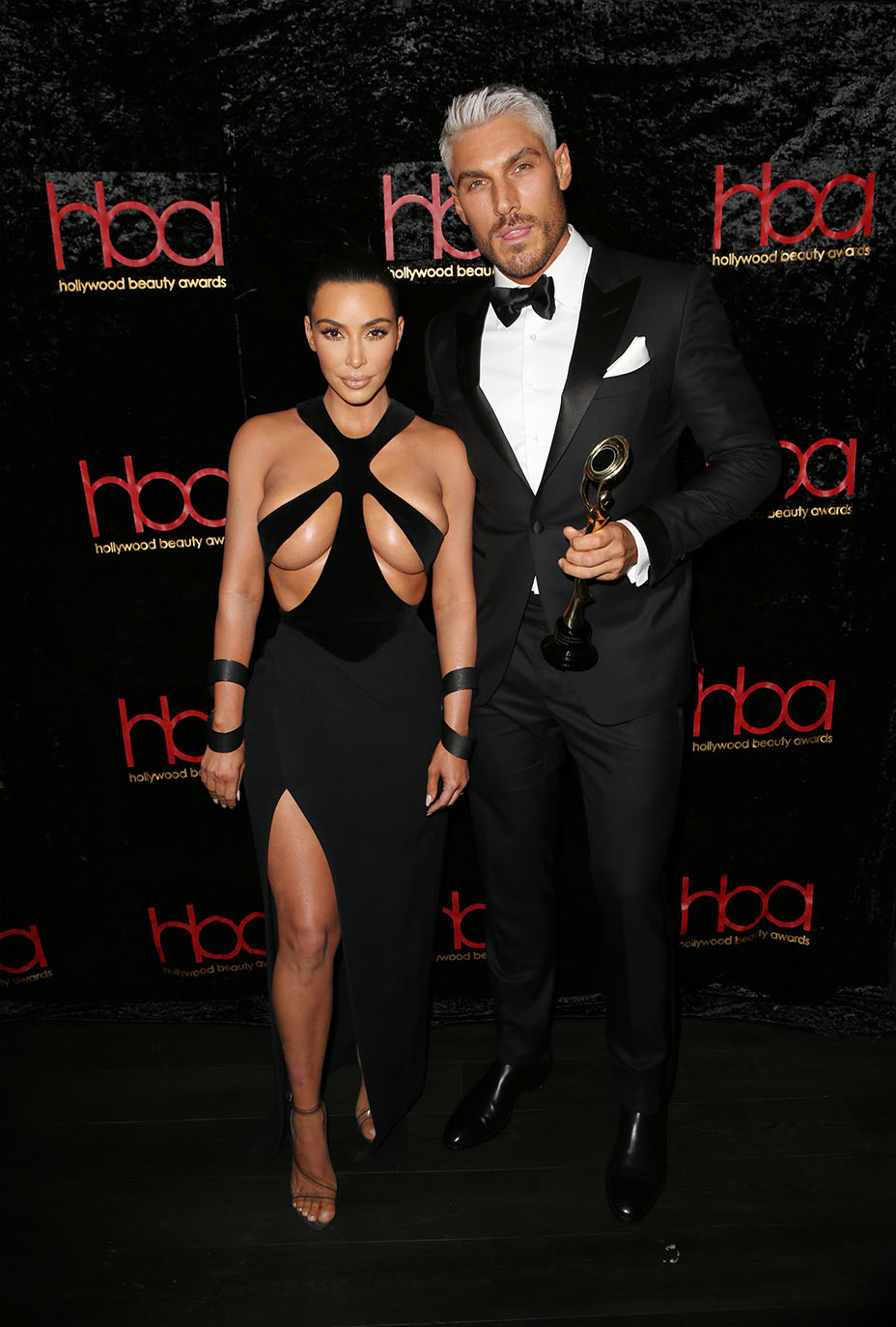 In the costume category, Carter was honored a week before she will compete for the Oscar. “I’m kind of ready to get back to my real life. I’m ready for Sunday to be over. I started getting panicky in the car driving over here,” she told THR.

Guests of the HBAs, which were founded by Michele Elyzabeth, enjoyed a Gorgonzola walnut salad, followed by cornmeal-crusted local rock cod and a Brazilian cake with chocolate ganache prepared by chef Carl A. Coulam. The ceremony benefited the no-kill Helen Woodward Animal Center. 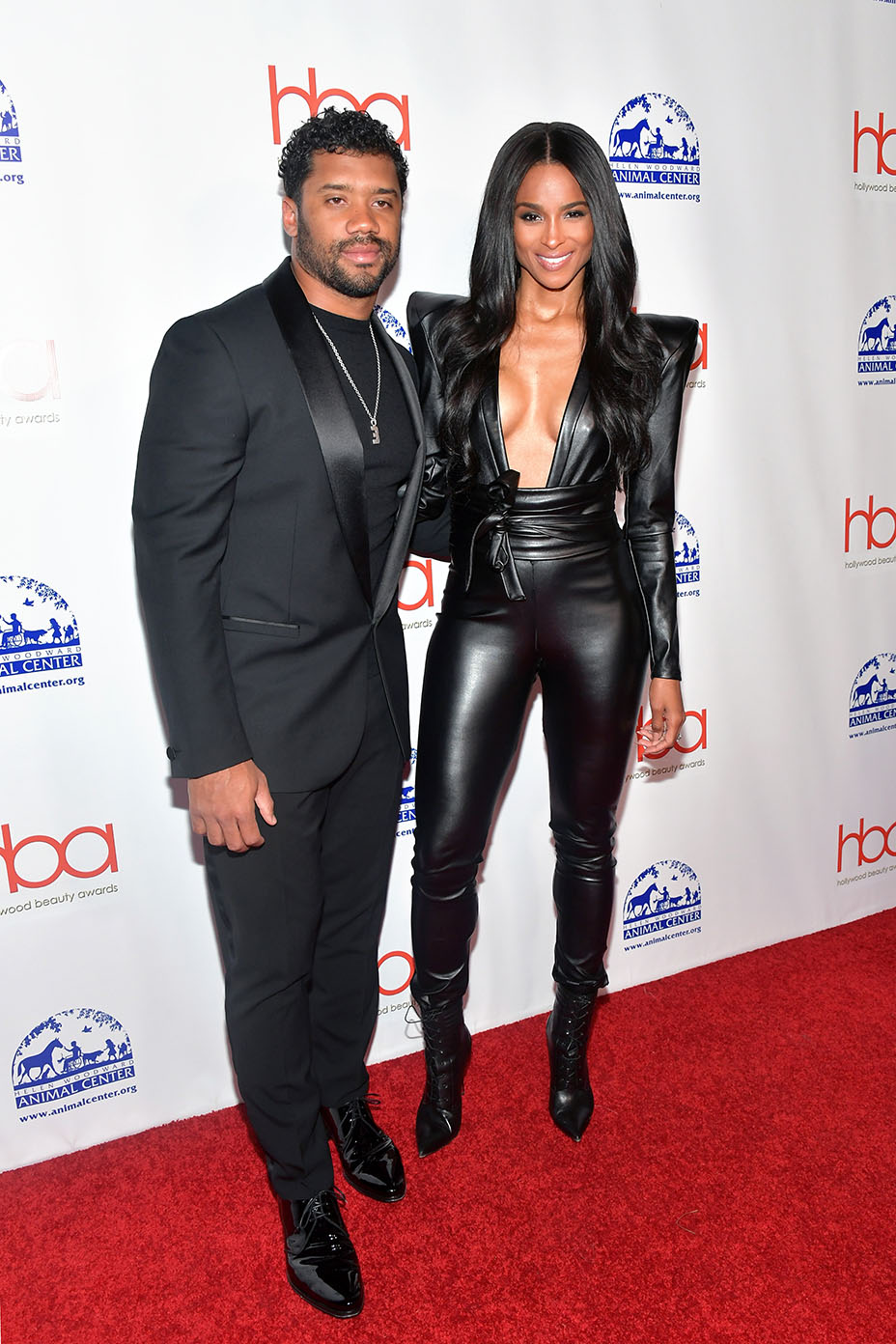 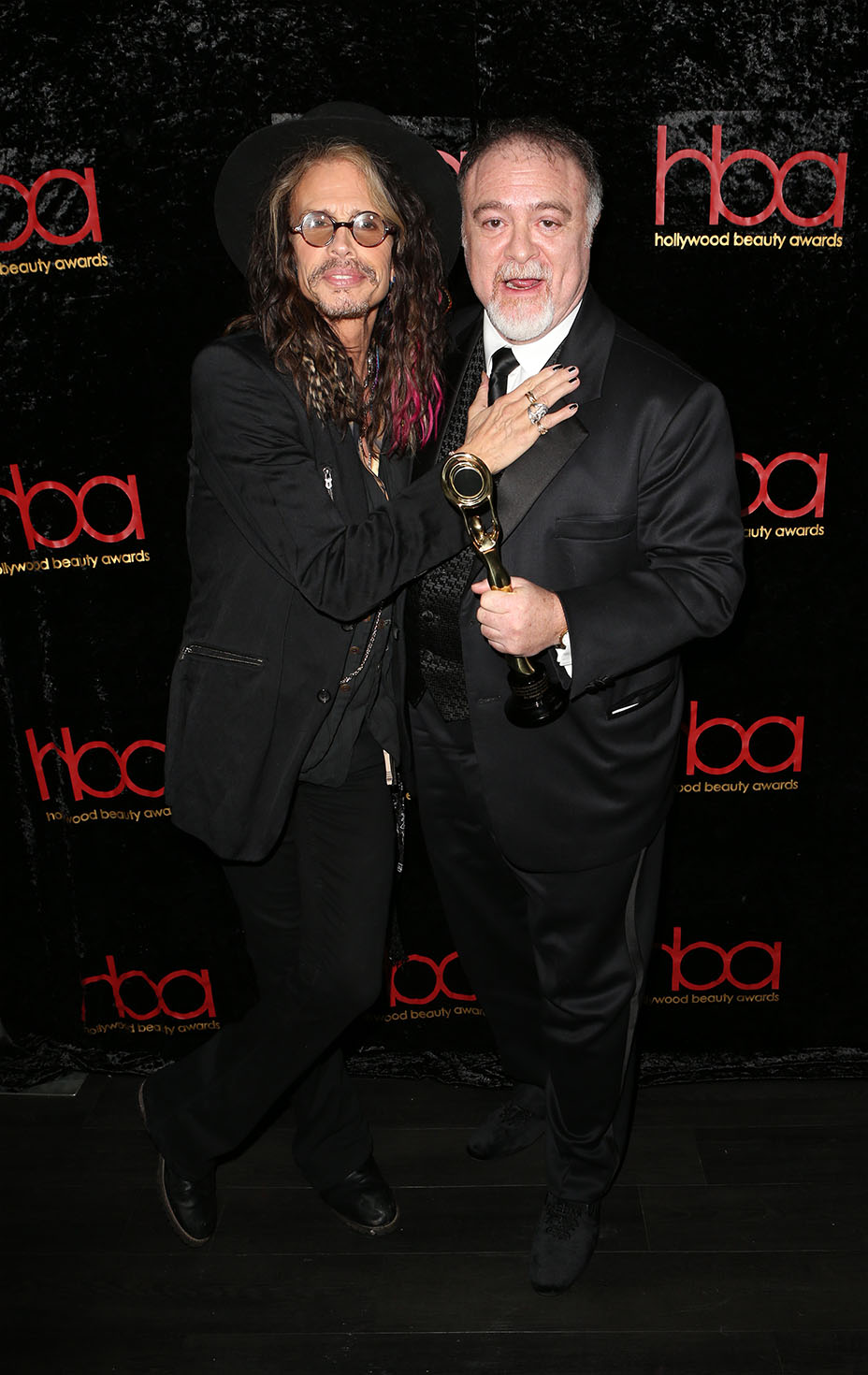 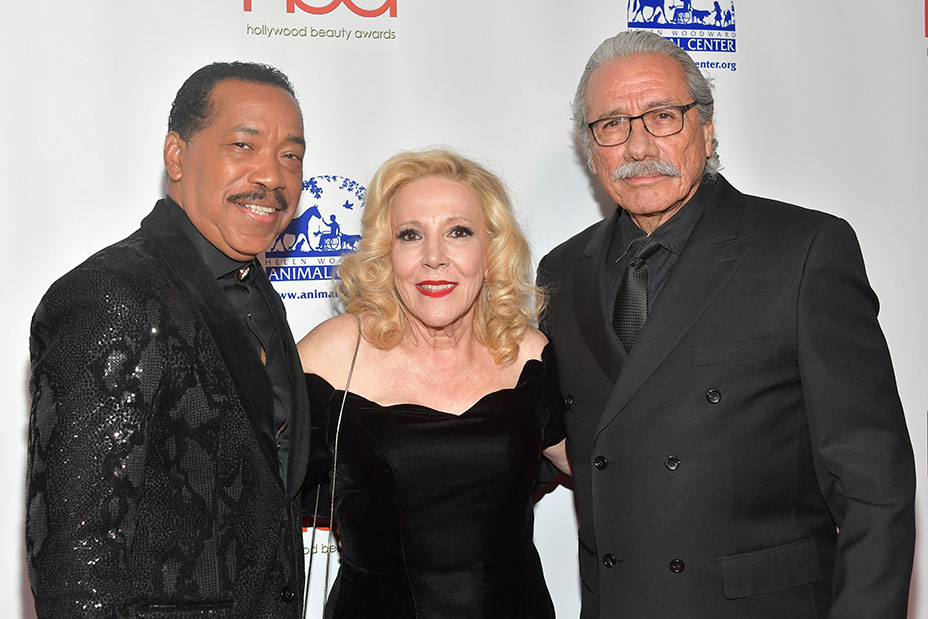 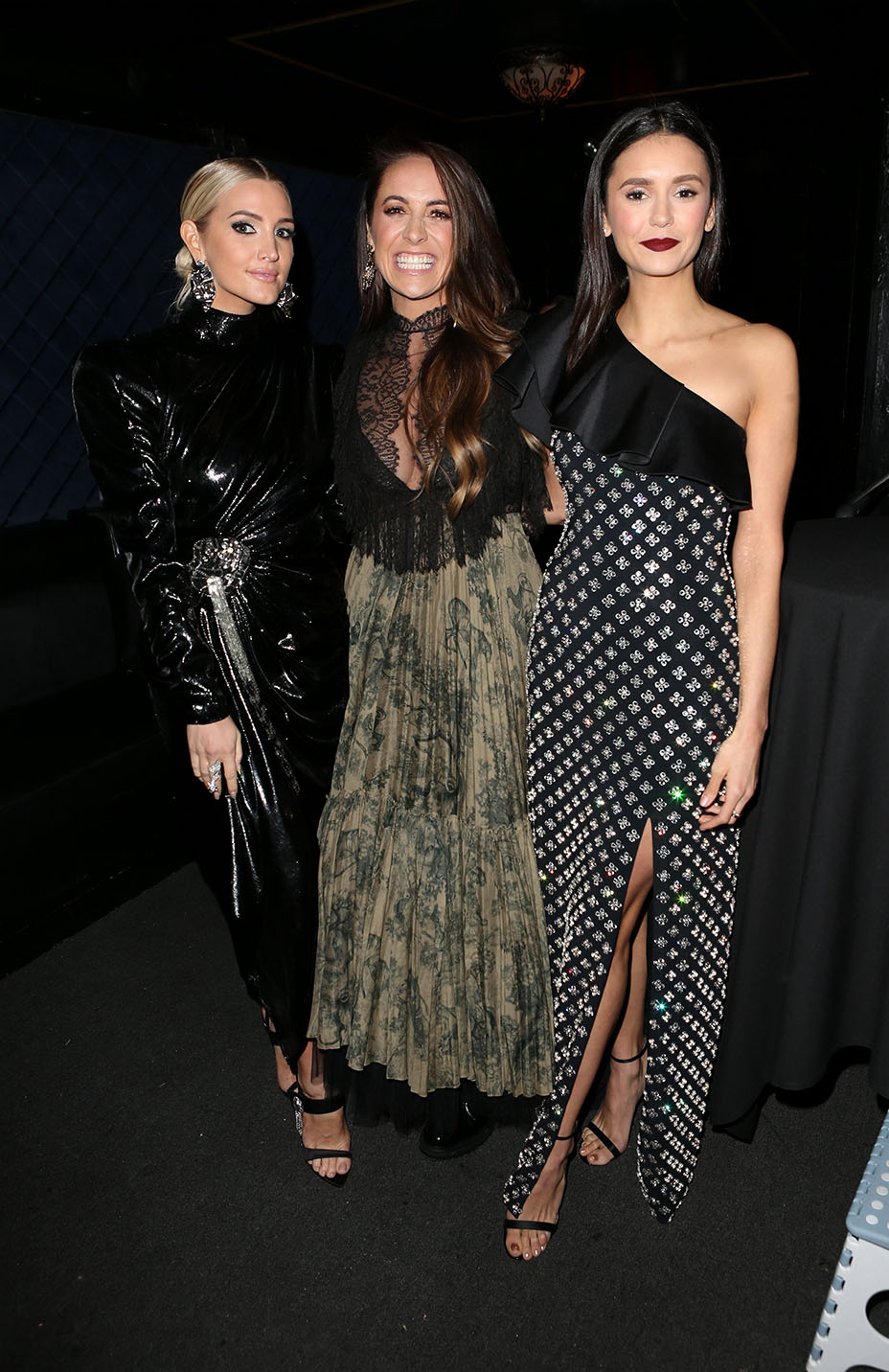 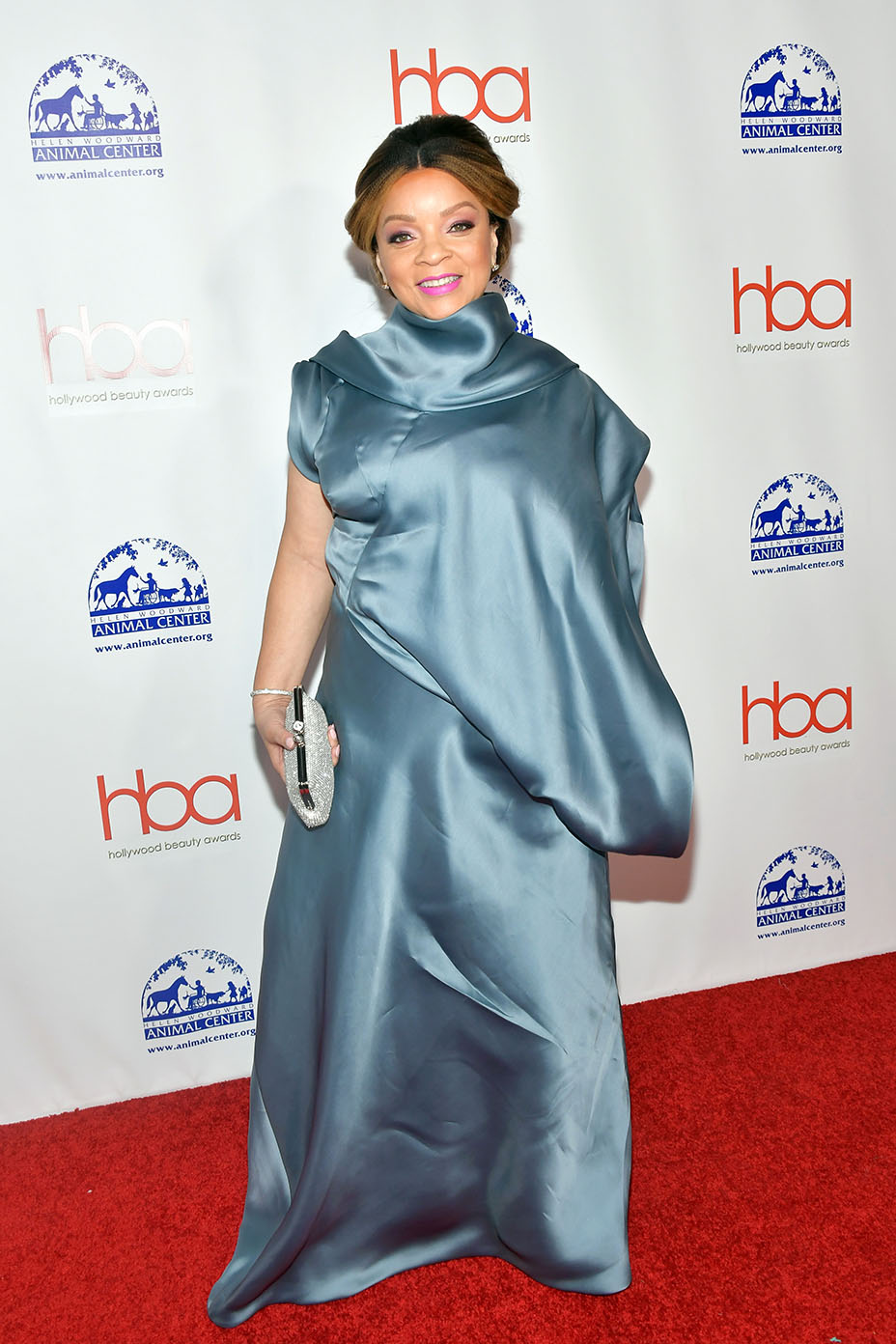