After an awards season in which she seemed to top herself with each subsequent look, Lady Gaga found a way to save the best for last, pairing an Alexander McQueen gown with one of the world’s most legendary jewels, the famed Tiffany Diamond, at tonight’s 91st Academy Awards. Tonight is the gem’s first red carpet outing.

Weighing in at 128.54 carats, the Tiffany Diamond is one of the largest cut yellow diamonds in the world and one of the most important gemstone discoveries of the 19th century. It was discovered in 1877 in the Kimberley Mines in South Africa and at the time of its excavation was a rough stone totaling 287.42 carats. It was purchased by Charles Lewis Tiffany in 1878 and cut into a cushion-shaped diamond featuring 82 radiant facets — roughly two dozen more than a round brilliant diamond — to highlight the stone’s brilliance. 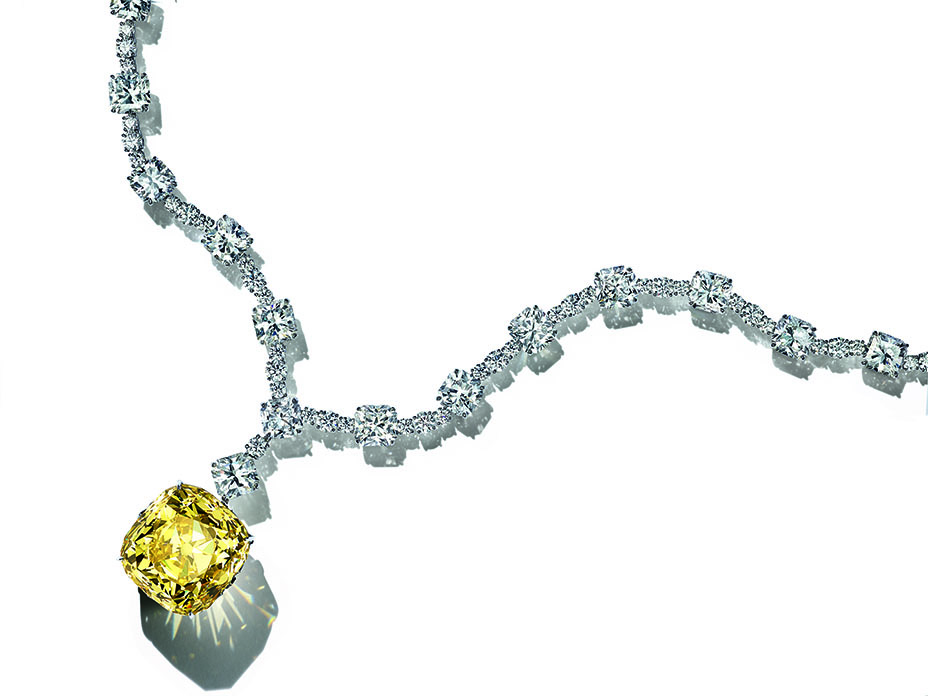 A joint statement from Lady Gaga’s stylists, Sandra Amador and Tom Eerebout, said, “The chance to work with such an amazing piece of design and history tonight is a creative dream come true. There are so many beautiful jewels in the world, but the radiant Tiffany Diamond … is truly exceptional, which is just so fitting for Lady Gaga.”

One estimate puts the stone’s value at $30 million, though given its provenance and its role in the jeweler’s heritage, it’s understandable that Tiffany & Co. execs call it “priceless.” The stone is rarely seen outside Tiffany & Co.’s New York flagship; often shown as the centerpiece diamond on a Jean Schlumberger brooch known as “Bird on a Rock,” crafted in 1995, the Tiffany Diamond has never been worn on an awards show red carpet. It was last included as the center stone of a necklace for a publicity shot Audrey Hepburn did for — what else? — 1961’s Breakfast at Tiffany’s.

For Lady Gaga, however, Tiffany & Co. made an exception. Reed Krakoff, Tiffany & Co.’s chief artistic officer, called tonight’s double nominee for A Star Is Born “the ultimate creator, innovator and rule breaker, and I’m thrilled that she will be wearing the legendary Tiffany Diamond on the awards show red carpet for the first time since it was discovered 141 years ago.”

Gaga complemented the necklace with a pair of earrings featuring fancy vivid yellow and white diamonds set in platinum and 18-karat yellow gold, from the house’s 2019 Extraordinary Tiffany Collection.