The 2018 Emmys will go down in red carpet history as the night the men out-peacocked the women. From RuPaul’s Calvin Klein jacket and pants with Andy Warhol’s Statue of Liberty print to Darren Criss’ Emporio Armani black evening suit with gold brocade accents, it was all about men making fashion statements. “The definition of a ‘leading man’ is evolving to embrace more authentic and unique personalities and cultures,” says stylist Ashley Weston, who dresses Criss and Chadwick Boseman.

Perhaps nothing has signaled the new direction of menswear more than Thom Browne’s fortunes. The OG avant-garde agitator founded his brand in 2001, but in recent months, Lakeith Stanfield, LeBron James, Timothee Chalamet and Ryan Murphy have embraced it like never before, bringing his shrunken-fit schoolboy blazers and high-water trousers to a new audience via the red carpet. In August, the New York designer’s business was acquired, with a valuation of a half-billion dollars, by old-guard Italian firm Ermenegildo Zegna. “We feel the brand’s strong identity in men’s fashion offers great potential for growth,” says Zegna Group CEO Gildo Zegna of the deal that came together in just three months, praising Browne’s “unique take on proportions coupled with clean lines and a modern aesthetic.” 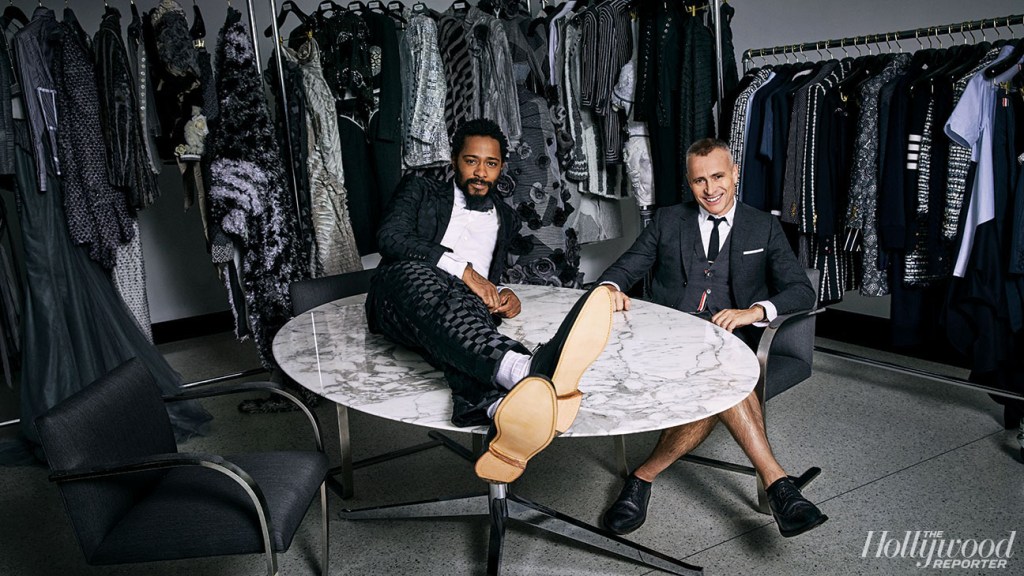 “They make me feel like I’m in a time and place that’s different from now,” says Stanfield (Sorry to Bother You, Get Out, Atlanta) of Browne tailcoats, skirt-front pants and skinny shorts. “I don’t see a lot of black faces historically that have dressed like this.”

Athletes, actors and musicians have become role models for men seeking permission to take style risks. “When it comes to what Thom Browne is doing, there’s something cool about how uniformity and individuality coexist,” says James, the newly minted L.A. Laker who made headlines for outfitting his Cleveland Cavaliers teammates in Browne short suits for the tunnel-as-runway walk during the NBA playoffs. “We can all wear the same thing, but it will have details that make us different. It’s an interesting and unique contrast.”

For Browne, the attention from James, who has been wearing his clothes for big events, is invaluable. “It’s been huge,” he says, adding that his signature stunted proportion was meant to reintroduce tailoring to young people during the early aughts, when jeans and T-shirts were king. “People get so focused on the length of the trouser, but at the end of the day, it’s just a beautifully made suit — I have people who don’t wear it so short,” says Browne. “But when you see someone embracing it in its purest form, especially someone like LeBron, it’s amazing.”

The red carpet menswear revolution coincides with the fashion industry trend of men’s apparel growth outpacing women’s; new, boundary-pushing designers helming luxury houses Louis Vuitton (Virgil Abloh) and Dior Homme (Kim Jones), and women’s brands such as Stella McCartney, The Row, Prabal Gurung and Sies Marjan expanding into men’s styles. “Menswear is an untapped market,” says Neiman Marcus fashion director Ken Downing. “With all of the excitement around street­wear, sneakers and celebrating individuality, guys are looking for cool clothes. You have men in women’s shows, women in men’s shows, there’s much more of a sense of inclusivity in fashion.” 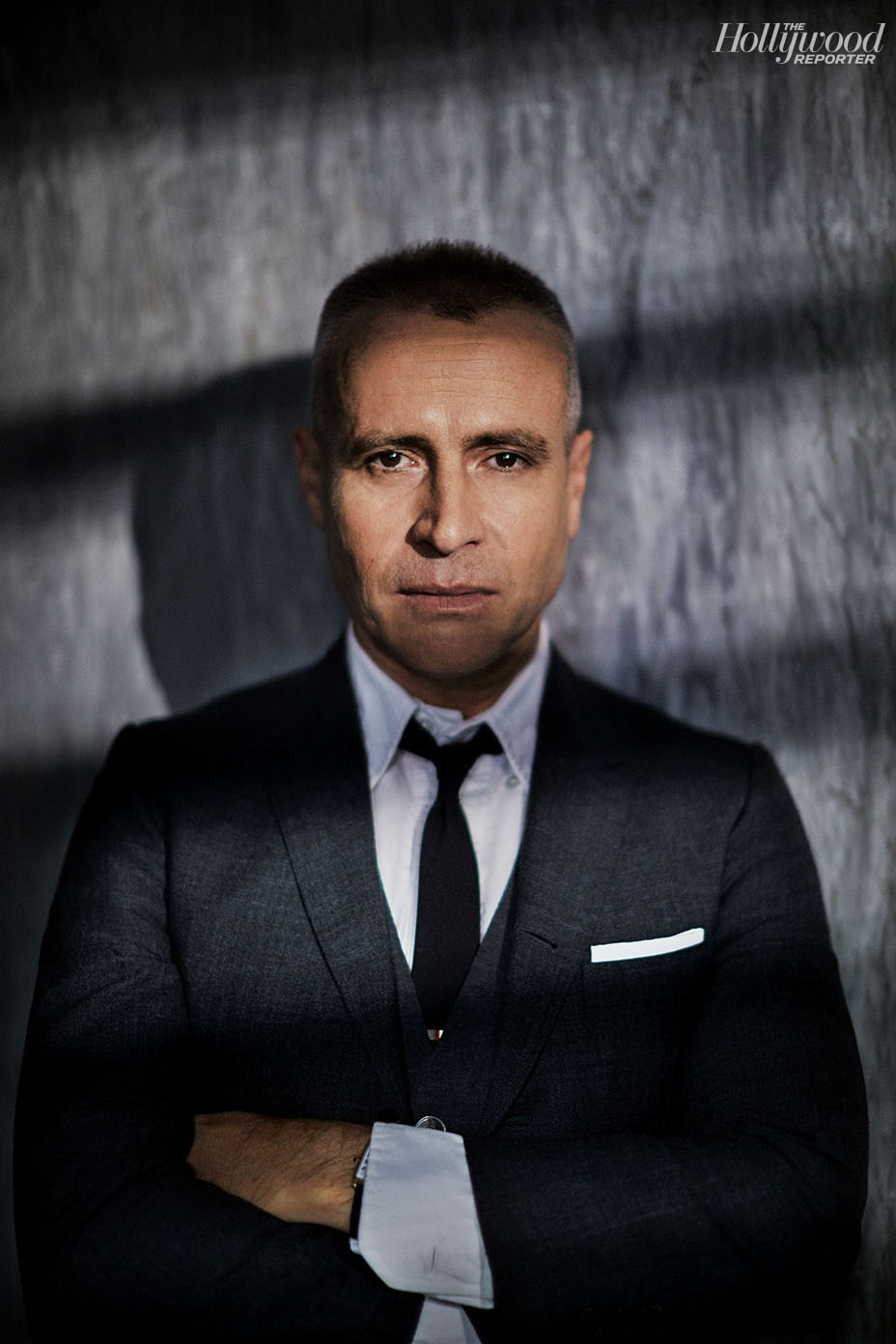 Browne traces a lot of his aesthetic back to Hollywood. He had a short stint living in L.A. in the ‘90s (yes, there is a Motrin commercial to prove it), where he became enamored of traditional menswear while shopping at vintage stores (“Everyone gets rid of their tailored clothing when they move to L.A.”). Setting his sights on fashion, he moved to New York, where he cut his teeth at Giorgio Armani and Club Monaco. He launched his namesake label in 2007, quickly earning a reputation for twisted haberdashery, superb craftsmanship, and blockbuster-worthy runway shows featuring preppy funerals, Candyland sets and more. “I love the romance of Hollywood and of creating worlds,” says the designer.

He launched womenswear in 2013, outfitting Michelle Obama in a men’s tie-silk coat and dress for her husband’s second inauguration, and in recent months has dressed Solange, Laura Dern, Cynthia Erivo and Tessa Thompson for the red carpet in his tailored take on women’s wear.

Browne, whose life partner is Costume Institute at the Metropolitan Museum of Art curator Andrew Bolton, says he’s looking forward to tapping into the resources of Zegna Group to grow an empire that already includes ready-to-wear, made-to-measure clothing and leather accessories. In addition to Ermenegildo Zegna (the Hemsworths and Skarsgards are fans), the group produces lush suiting fabrics in its family-owned mill north of Milan. Browne also has an eye on an L.A. retail location to add to his 31 existing stores in New York, Europe and Asia.

After years of staying true to his radical vision, Browne says he’s gratified that the world is coming around. “For the spring 2019 show, when I had men in what most people think of as women’s pieces, they just saw beautiful clothing,” he says. “That no one questioned it was refreshing.” 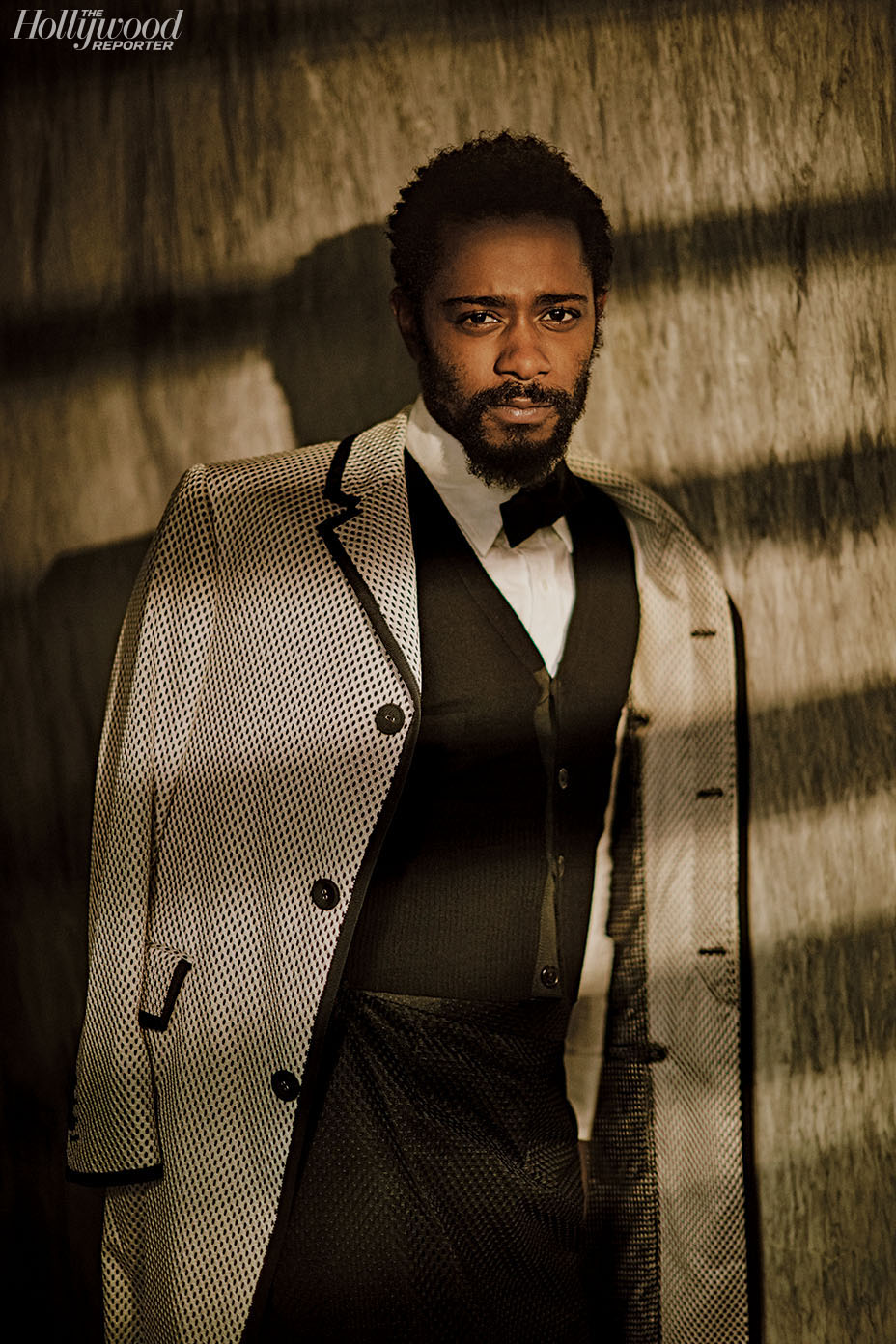