Continue to The Hollywood Reporter SKIP AD
You will be redirected back to your article in seconds
Skip to main content
January 6, 2017 1:23pm

THR: A lot of people may have heard of The Art of Elysium through coverage of your star-studded fundraising “Heaven” galas held over Golden Globes weekend. But tell me about the organization you founded 20 years ago. What’s in the name, and what was the goal?

Jennifer Howell: The Art of Elysium literally translates into “the art of heaven.” Elysium comes from Greek mythology and is the blessed abode in the afterlife. A friend of mine had gone on a business trip to Boston and came back with a pack of matches from a restaurant that she went to, called Elysium. She said that she had no idea why she felt compelled to bring them to me, but she did. It had the definition of Elysium on it, and when it came time to come up with a name for the organization, I felt that nothing described what we were doing better than The Art of Elysium.

The beginning was inspired by my dear friend Stephen Lane Hatten, who had a long battle with leukemia. The charity was created to honor him, and it continues to do so in every workshop that we do. We started our community service with children’s hospitals and medical facilities because Stephen had been diagnosed in high school, and we wanted to bring joy to patients like he encountered during his treatment. We have since expanded our community-service programs to include children’s hospitals and medical facilities, special-needs schools, hospice-care facilities, elder-care facilities and homeless shelters. We did our first workshop at Children’s Hospital Los Angeles in August of 1997, and seeing the musicians bring their music and share with these amazing children just seemed divine in an inexplicable way. My deepest hope and prayer is that Stephen is looking down and proud of the legacy he created.

What are some of your proudest achievements over the years?

We began in 1997 with 33 volunteers, and this very last year, we had 1,624 volunteer artists participating in programs and donating 89,257 hours. In 2014, one of our highlights was producing a prom for a senior in high school that would not be able to attend his own. In 2015, we partnered with SAG-AFTRA in the White House’s “A Call to Arts” initiative to mentor the next generation of storytellers.

At the very first Heaven, Stephen’s parents came out for the evening. I asked everyone who had ever volunteered to stand up in the room, and they got to stand onstage and see what their son’s life inspired. Having them there and witnessing the legacy Stephen created was one of the greatest moments in my entire life.

The 20th anniversary is a big milestone. What more would you like to do?

We are currently expanding into prisons and veteran hospitals and ultimately would like to build a community of artists and an endowment that would allow us to expand our programs across the nation and take artists and the arts back into public schools.

You recently launched a philanthropic video-streaming platform, and at this year’s gala, you will show show 10 videos featuring John Legend, Zoe Saldana and others to celebrate. What was the genesis of that?

We announced Elysium Bandini Studios last year at Vivienne Westwood’s Heaven gala and, in many ways, have been working on it for the past 20 years. We have done gallery exhibits, art-salon dinners, fashion shows, concerts and films, with the proceeds coming back in to run our community programs since 1997. While that has been my personal journey, James Franco and Vince Jolivette have been paving the way for EBS in their own way.

James and Vince met in acting class and went on to build Rabbit Bandini Productions. Kirsten Dunst introduced me to James over a decade ago, and he brought Vince into my life. We have all been close friends ever since. I always kept up with what they were doing creatively, and they continued to be involved with the charity.

The thing I always found so interesting about what they were doing with Rabbit Bandini is how they were supporting emerging directors, writers and actors to create projects. They have fostered and started so many people’s careers that it is baffling. Then they expanded into the academic arena and started teaching film students how to truly collaborate.

About four years ago, we were all in Cannes for the film festival, and I told them about the first feature film we did, Forever, and how all of the profits from the films were going to come back into our community-service programs. That is where the conversation began. We then did an Indiegogo campaign and funded three more films with the same idea, that the profits would come back in to run our programs. The conversation continued to grow, and before you know it, we had about 24 projects between Elysium and Bandini that could be distributed with the profits coming back into the program. We started going through the traditional distribution channels and were discouraged by a lot of people not understanding what we were trying to do and the model we were trying to create.

We met with Vimeo and VHX about what it would take to backend our own streaming platform — a platform where we can feature the work of emerging artists, fashion designers, filmmakers and musicians, and people can donate to support both emerging artists and giving art to communities of need. That was when we made our decision to pull our collective efforts together and merge to become Elysium Bandini Studios.

The other piece that has made the streaming platform a reality is Amanda and Shepard Fairey. Amanda, Shepard and Studio Number One are the creative directors for Elysium Bandini Studios, and they have created something so special. 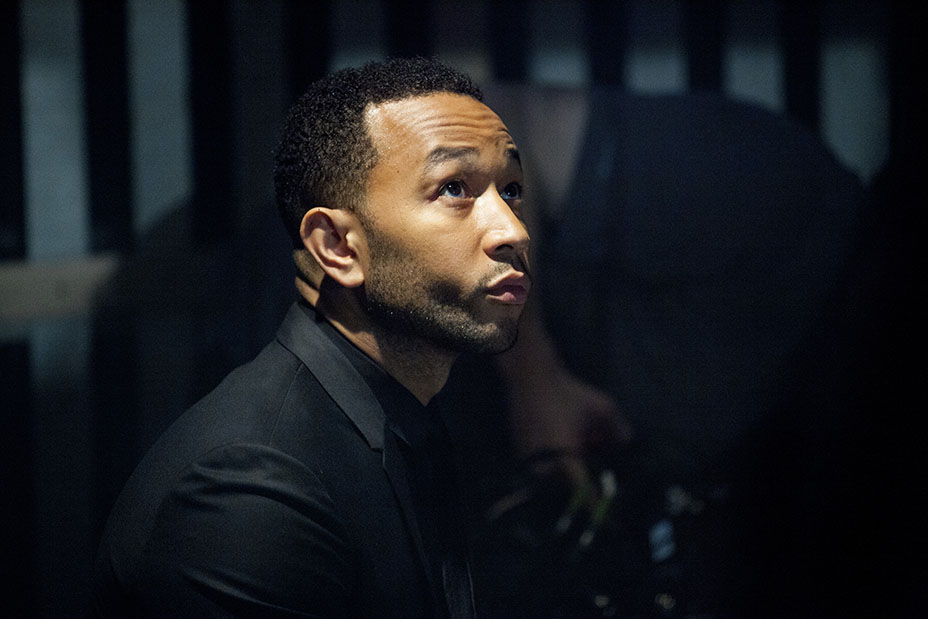 Will it be an ongoing project throughout the year, and is there a physical studio space that’s being used?

It will be ongoing, and we really see this as a truly philanthropic studio model, where we foster and support emerging talent while giving them the opportunity to volunteer in the community and give back through their art. We are currently all operating out of one office in Koreatown, but have it in the rollout plan to start a capital campaign for a building that will house all four artistic disciplines under the same roof.

The presidential election seems to have galvanized a lot of people, particularly in Hollywood. Do you think we’re poised to see a flourishing of philanthropy and activism in the coming months?

I believe that this year is the year to pull together. I was extremely disheartened last year, but on Jan. 1, I woke up and said that there is not time to sit around and complain about what is going on, but time for everyone to come together in love, unity, creativity and faith to build this world and community into what we want it to be. I don’t think that there has ever been a better time than now to launch Elysium Bandini Studios.

Now, let’s talk Heaven. Why did you name the gala Heaven 10 years ago?

We created Heaven to give a Visionary the creative freedom to create a one-night art installation the way that they envision Heaven to be. The evening literally showcases art, fashion, film and music under the direction of the Visionary. People still refer to it as an event or a fundraiser and, while it does serve as our largest annual fundraiser, the true reason for creating Heaven is to show people our mission in action. 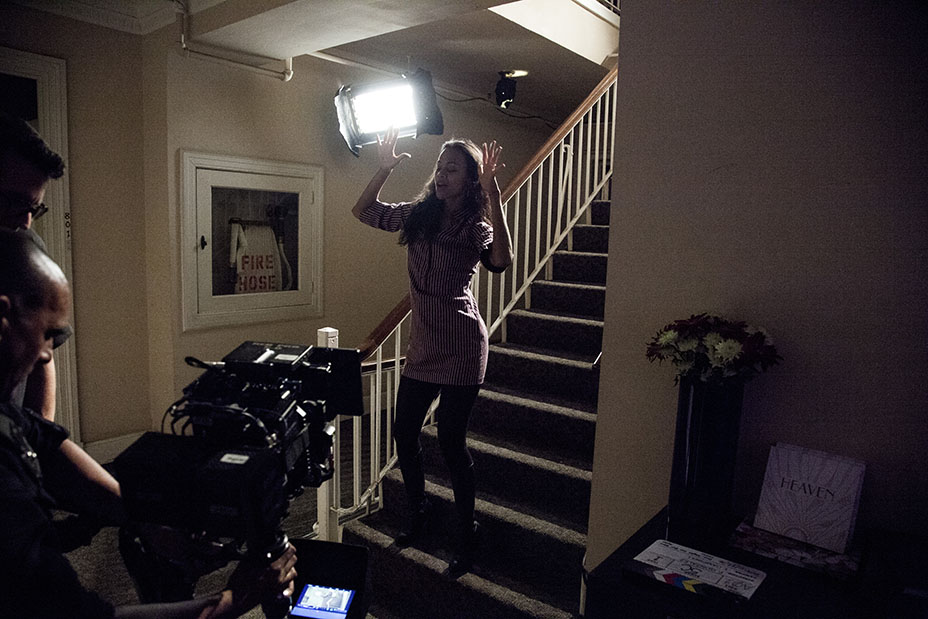 Any favorite memories from the cocktail hour, the podium or the dance floor?

I am flipping through so many memories in my mind right now … Jim Sheridan having Talib Kweli rap with the L.A. Opera, sound check with Billy Idol and orchestra for Shepard Fairey’s Heaven, Cameron Silver’s vintage couture fashion show, Vivienne Westwood and Andreas Kronthaler’s postapocalyptic world and then walking into a world where nature has won. They have all been so unique and different and speak directly to why we select the Visionaries.

What’s on tap for this year’s event, and why honor Stevie Wonder?

I am not sure how much Stevie wants me to disclose about his Heaven before we open the doors, but it is beyond every expectation that I ever had. Why Stevie Wonder? I don’t think I could answer that with a million words. He is Stevie Wonder and has inspired all of us and has transcended through music. I cannot imagine anyone else envisioning heaven on our 20th anniversary.

How can people learn more and get involved with The Art of Elysium?

Please go to theartofelysium.org and volunteer. The other way that you can help is by going to ebstudios.org and donate to our streaming platform and share with your network and help us build a community.