Every Sunday night, hundreds of comedy fans — young, attractive and predominantly African American — line up outside the Laugh Factory in West Hollywood for Chocolate Sundaes, the hottest urban comedy room in the country.

Launched in 1999 by Pookie Wigington, a 5-foot-3 college basketball player turned promoter, the showcase grew over two decades into a launching pad for some of the biggest black comedy stars, Kevin Hart and Tiffany Haddish among them. “Any major black comedian has done our room,” notes Lani Mackay, the show’s 33-year-old booker. Along the way, the club had frequently made comedy history. It was in December 2005, for example, that Damon Wayans defiantly broke the club’s short-lived N-word ban, instated after Michael Richards’ infamous outburst on the same stage. (It earned Wayans a three-month suspension and $300 fine — $20 for each utterance.)

Chocolate Sundaes may be the biggest, but it’s far from the only urban comedy spot in town. As the live-comedy Golden Age continues unabated with club attendance ticking ever upward — according to an analyst with IBISWorld, revenue for the comedy clubs industry has increased 16.8 percent between 2013 and 2018 — L.A.’s urban comedy scene is enjoying its own slice of the renaissance. The likes of it haven’t been seen since the mid ’90s heyday of HBO’s Def Comedy Jam, which helped turn comics like Martin Lawrence, Dave Chappelle and Tracey Morgan into household names.

But while there are seemingly more opportunities than ever, according to many African American comics canvassed for this story, it’s never been harder for them to break through to the next level. That’s because, they say, major agencies and management firms rarely scout new talent on urban nights, and it’s exceedingly difficult to book the “mainstream” nights — industry-speak for “white” — at Hollywood’s comedy hubs. It becomes a cycle of defeat, some urban-identifying comics say, preventing promising newcomers and talented vets alike from graduating to bigger rooms and more lucrative opportunities, like that all-important Netflix special or streaming series audition.

“Even comedians with national credits have to jump through hoops to get weekend bookings at these venues,” says comedian Joey Wells, 51, host of Hart’s wildly successful arena tours. “The old excuse was, ‘They don’t put asses in the seats.’ Just like Hollywood used to say that black movies couldn’t make money. That too has been debunked.” J. Anthony Brown, 67-year-old owner of The J Spot Comedy Club in Westchester (near LAX) has his own theory: “These black comics are funny as fuck. It’s the reason these white clubs have negro night. They won’t put them up on the weekend because they will blow their ass off the stage.”

Even the jargon used to describe the scene rubs some comics the wrong way. “Words like ‘mainstream’ or ‘crossover’ — it’s like whatever we’re doing is not yet good enough,” says stand-up veteran Mo’Nique, 51. “Why is there a black night at all? Why aren’t all the comics getting the same opportunities? Why, when you go on any other night of the week, is there only one person of color on the stage?”

Talk to the club owners and they see it differently. “All comedians complain that they can find it incredibly difficult to get booked in our Main Room,” The Comedy Store responds in a statement provided to THR. “But we never discriminate based on gender, ethnicity, age or orientation — and we never will.” The Main Room in fact used to host an all-urban night called LaffMob, produced by Bob Sumner, the creative force behind Def Comedy Jam. But following a fatal shooting on the club’s patio bar in October 2015, LaffMob was shut down. “It happened hours after the show,” says Sumner, who insists there was no connection between his night and the violence. “It’s really sad.” 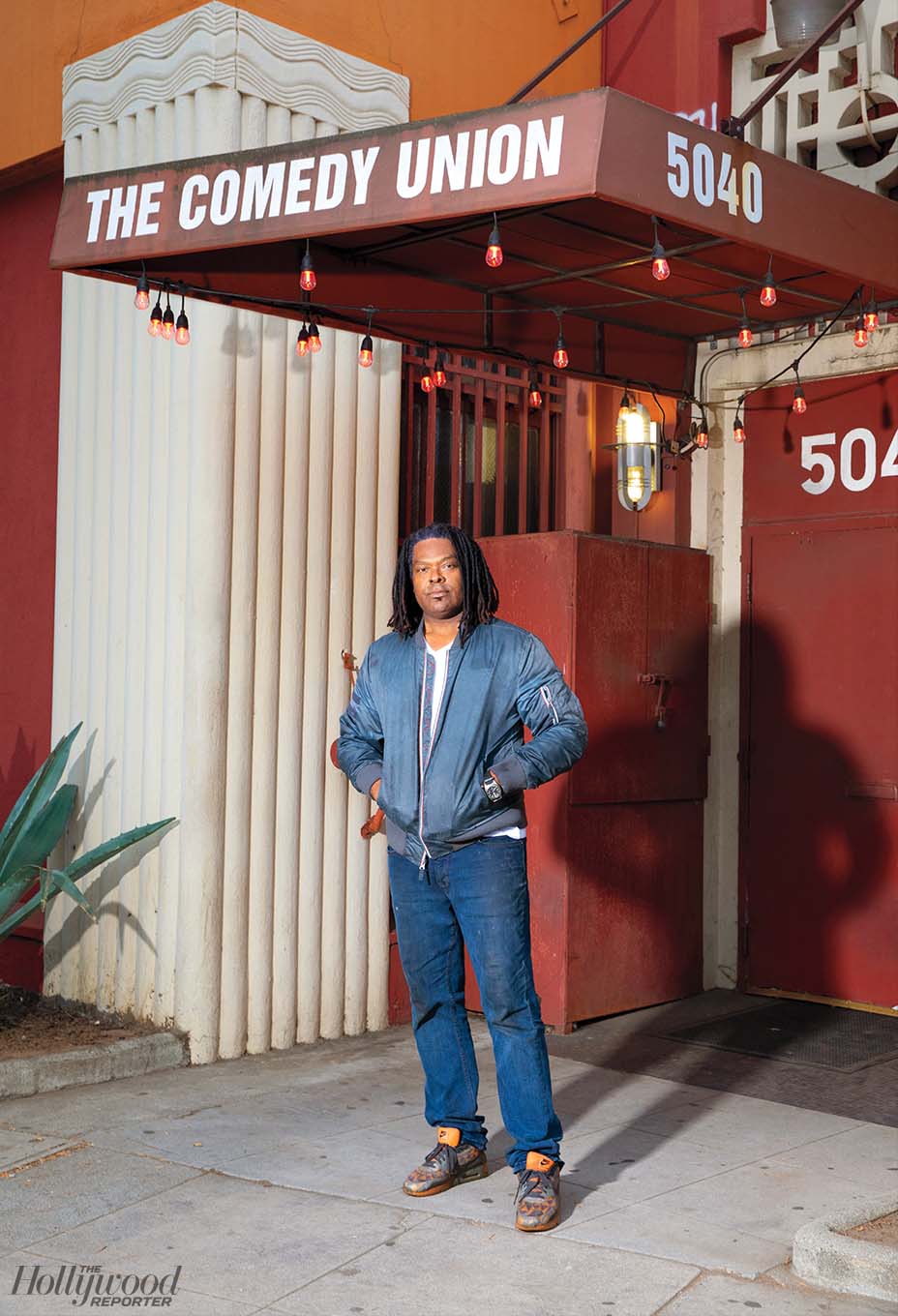 The Comedy Store has been quietly running another urban comedy night, Crack ‘Em Up Thursdays, since 2003 — this one tucked upstairs in the club’s 50-seat Belly Room. You never know who you might catch there: On the night THR stopped by, brothers Joe and Guy Torry, royalty of the scene, performed. Later that night, Dave Chappelle joined them for a drink after performing downstairs in the Main Room. (Chappelle has appeared unannounced at Crack ‘Em Up several times, once for an epic set that ran well over two hours.)

Overseeing it all is Nichelle Murdock, 45. It’s not exactly making her rich — the club keeps the bar money, she gets the $15 cover charge — but Murdock hopes Crack ‘Em Up will someday find its way to a TV deal. Helping her run the show is the colorful maitre d’, Uncle Levi, who serves as a father figure to comics. “He’s helped people move, picked them up from the airport, helped when their cars break down,” Murdock says. “Dave Chappelle calls him ‘the Ghost of Miles Davis.’ ”

About 5 miles south of The Comedy Store, on Pico Boulevard, sits The Comedy Union. The 120-seat room has all the trappings of a classic comedy club: the brick wall bathed in a red-neon glow; the hustling cocktail waitresses serving up the two-drink minimum. What sets it apart is that, like The J Spot, it’s African American-owned and showcases black talent all week long. 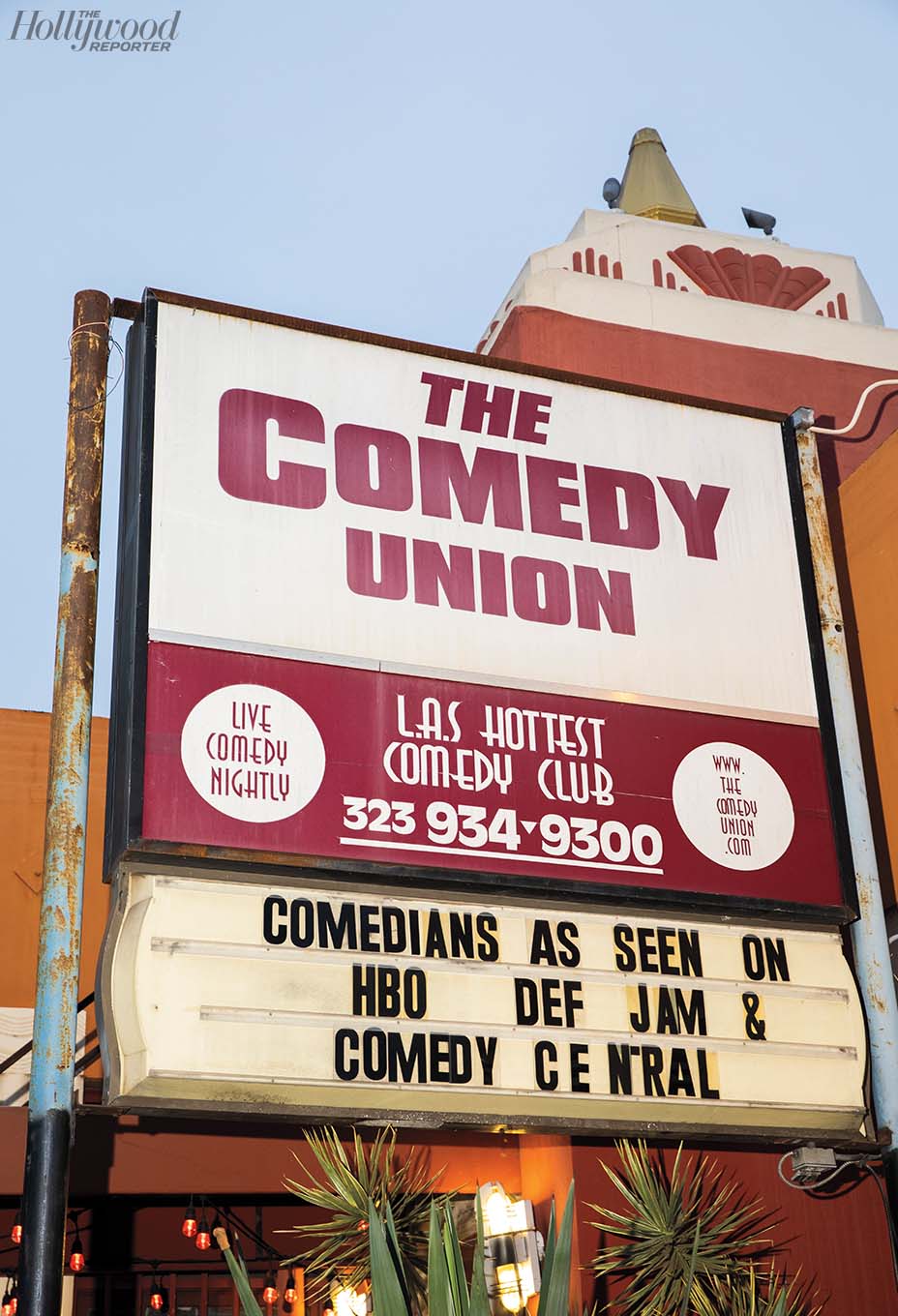 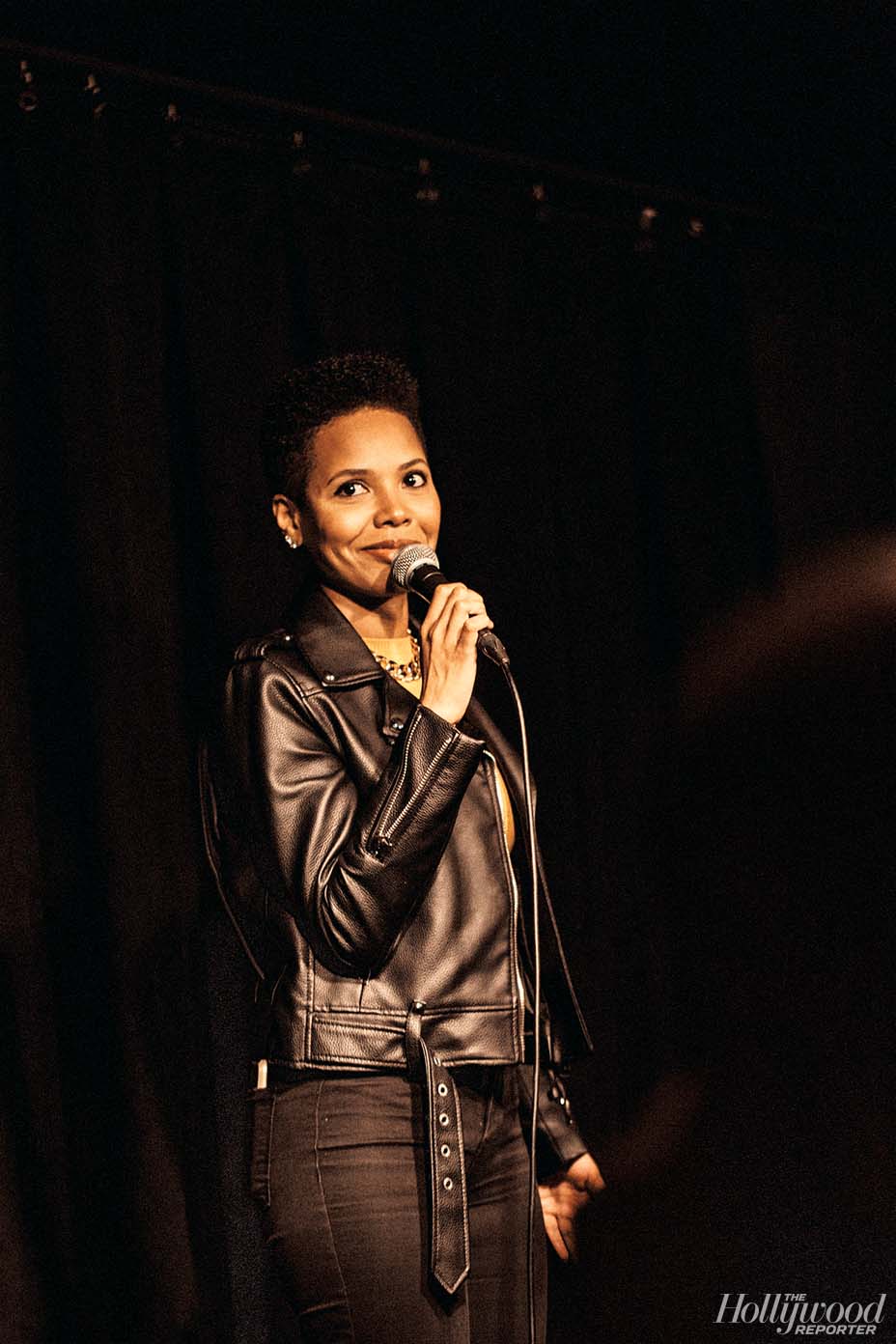 The club was founded in 2001 by Enss Mitchell, a former Comedy Store booker who saw an underserved market on both sides of the stage. Mitchell doesn’t do open mics, which he believes fail to build an audience. Instead he asks hopefuls to send in videos of their material. If they show potential, he’ll start them out with a five-minute set on a Wednesday night. “I try to give them all notes. I’m a big believer in being in the club, sharing my experience with them.”

But all too often, the comics he’s helped nurture leave Mitchell and The Comedy Union behind. “Comics want to migrate to a place where they can be seen and hopefully get a television show,” he says with a sigh. “That’s not the Union.” Brown is less diplomatic about it. “It’s hard to get black people to come to your club and it’s hard to get black comics coming to your club,” says Brown, whose J Spot is off the beaten path. “They all go to Hollywood. You can offer these fuckers $1,000 and they still will not fucking come!” 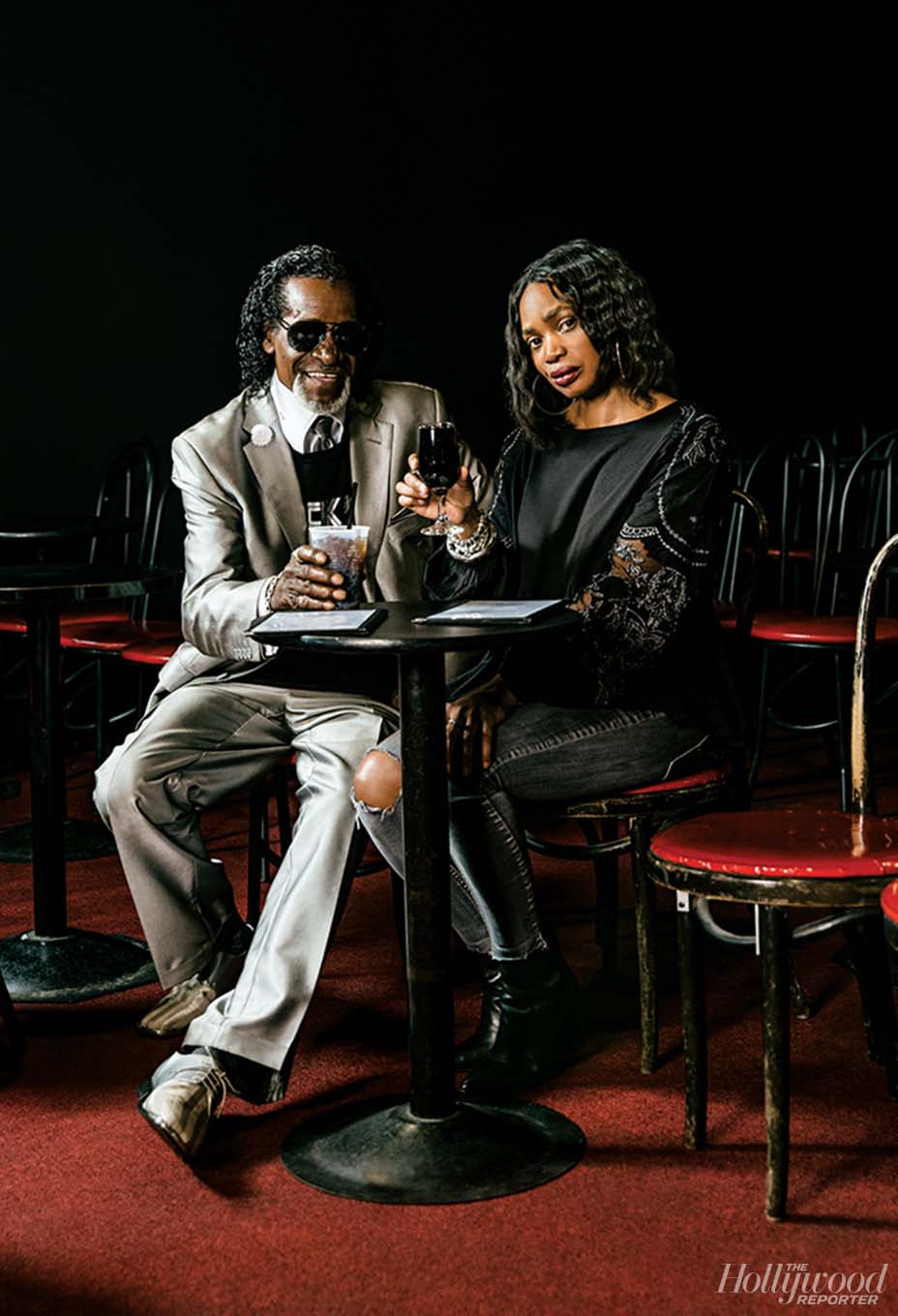 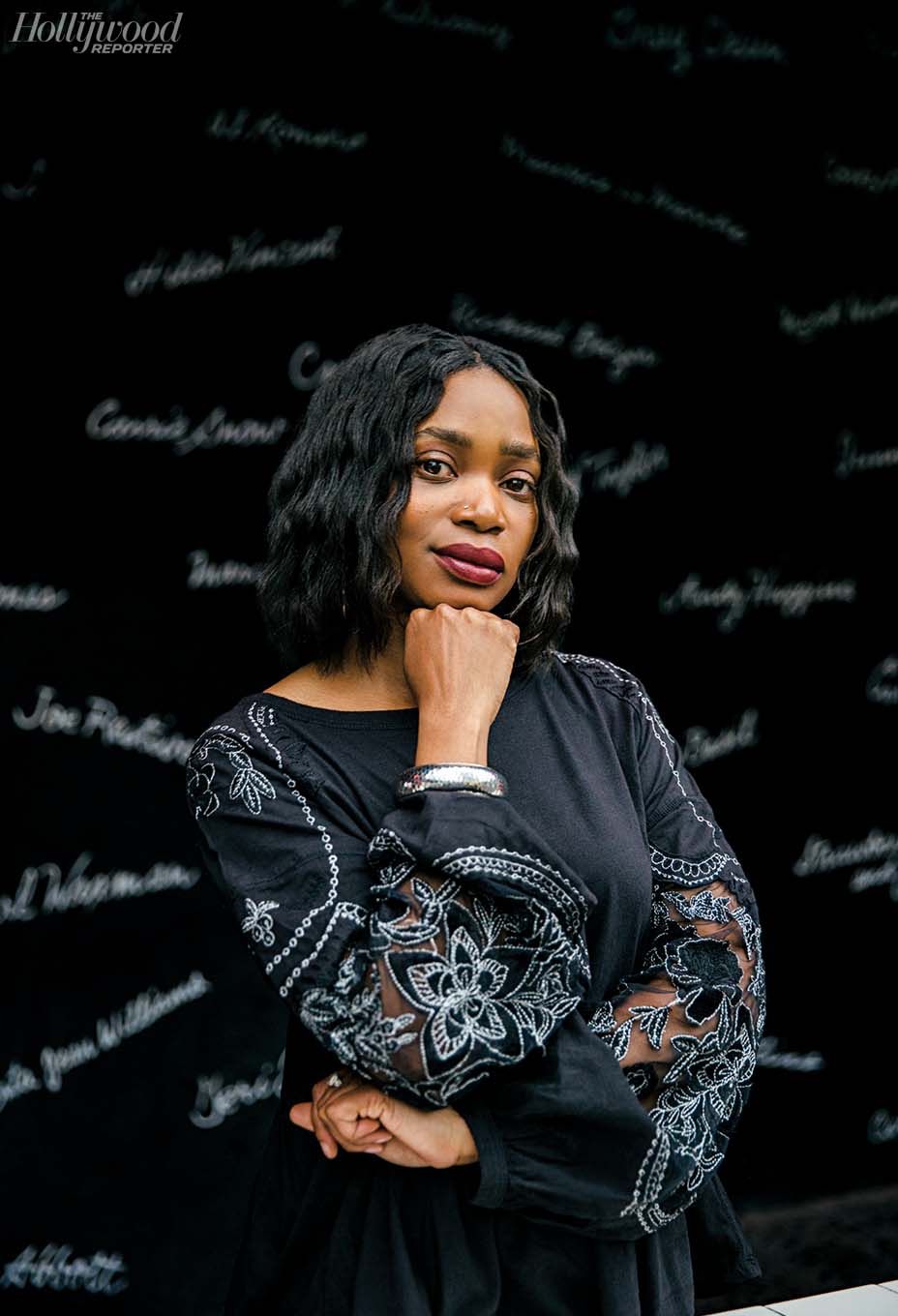 Not everyone gives the J Spot the cold shoulder — Kat Williams and George Wallace have performed there — but Brown wonders why bigger names can’t throw a little love his way. “I can go to the Improv and see Chris Rock, Eddie Murphy, Arsenio Hall. But they won’t come to Westchester,” says Brown. “Hell, I’ve been doing Steve Harvey’s radio show for 30 years, but he ain’t been here. I work for him and he ain’t even been here!”

One comic who has played both clubs is Haddish, the breakout star for whom Brown named a quesadilla on his menu. “Urban rooms really mold you and make you strong,” says Haddish, 39. That’s why she still likes to return to clubs like The Comedy Union, where she tested out some of her 2018 MTV Movie Awards material.

Still, she echoes Mo’Nique in wondering why there needs to be any qualifiers at all when the goal of comedy is to make as many people as possible laugh. “It shouldn’t matter what type of comedy it is. Everyone has stereotypes in their heads. As a comic, you got to push to get in front of anybody, any environment.”

L.A.'s Black Comedy Boom and the Battle for the Big Rooms