Having first graced the screens of cinema and television as a child actor in the Jean-Claude Van Damme action movie Lionheart and family sitcom Growing Pains, Ashley Johnson went on to voice characters in popular cartoons Teen Titans Go! and Ben 10, roles she reprised in video games based on these properties. And more than a decade later, she took her talents to motion-capture Triple-A titles. Gaming, the actress says, is actually her favorite form of entertainment. “It’s the ultimate because you feel like you’re part of the story,” says Johnson, 36, who made a splash in 2013 when she voiced Ellie in Naughty Dog’s post-apocalyptic action-survival game The Last of Us.

Johnson is returning to the role after seven years with Neil Druckman-directed sequel The Last of Us Part II, which Sony released June 19. In the original game, Ellie was a child navigating a dangerous wasteland of humans infected with a parasitic fungus that transformed them into bloodthirsty zombies. She was accompanied on her journey by Joel (Troy Baker), a smuggler who lost his own daughter years earlier.

In Part II, everything is much, much worse. Not only is the world itself emptier and more desolate than before — with more roaming enemies, traps and concerning letters penned by characters long dead — but Ellie’s journey is even more personal and urgent. Now 19, she has experienced loss, wrestled with confusing romantic feelings, bit her tongue when a bout of jealousy hit, and unleashed everything in her power — both her arsenal of weapons and the “power” of her ferocious determination — to save those she cares for deeply.

“We’re seeing Ellie in a much darker place,” Johnson explains, adding that she had some initial nerves about revisiting the role. Ultimately, she was excited to breathe life into the character again. Johnson got on the phone with THR ahead of the game’s release to talk about her chemistry with voice actor Shannon Woodward (Dina), how she connected during emotional scenes, and the “freedom” of video game acting.

What was it like to return to the character of Ellie after several years and how has your perspective on her evolved over time?

I love this character so much, and I’ve been able to play her for 10 years now. I was so excited to jump into the second game knowing that we were going to explore more of Ellie and see other sides of her — her growth and her flaws. Obviously, we’re seeing Ellie in a much darker place. After Neil sat me down and told me the story of the second game, I was nervous but also very excited to go on this journey and tell this story, because I think it’s a very important story to tell.

Ellie is a brutal badass intent on vengeance. How do you go there emotionally to portray the character with both rage and empathy?

All we can do as actors is try to find a kernel of truth in there somewhere that we have experienced that we can relate to. And the rest of it — when you can put yourself in that space, you trust the dialogue, setting and director, and then it’s just kind of playtime from there. There was a lot of research that Neil and I did of things we had talked about — for me, as someone who deals with anxiety, but also playing a character that has PTSD, and researching that.

At the beginning of this game, Ellie’s already grappling with a lot. If anyone’s played the first game, we know that at the end of that whole journey that Ellie and Joel went on, she was trying to find meaning and purpose with her immunity. On top of that, she was lied to by someone she cares very deeply for. So when we see her, she’s older and dealing with survivor’s guilt, and also dealing with the person who she went on this journey with who was not truthful to her. [She is] still trying to find meaning in her life and goes off on a whole other journey, dealing with grief, hurt, anger and guilt. Those things can make you do some very bad things. I know it’s going to be hard for people to see Ellie in this really dark place, but I love that Neil wanted to do that with this character.

Can you recall a scene or sequence that wore you out emotionally and physically in a way that stretched you as an actor?

Definitely as a whole. We shot it over the course of five to six-ish years, and definitely throughout the course of shooting this game I was emotionally in some places that I’ve never had to go to as an actor. It was a rewarding experience even though it was exhausting. As an actor, sometimes you don’t know how far you can go with something until you do it, and it was a learning experience for me. I know for me, because of certain experiences I’ve had in my life, anger is an emotion that’s very easy to access. I don’t know what that says about me.

Of course, there are some beautiful moments of levity in this game, but a lot of it deals with very heavy subject matter. It’s pretty tough to be living in that for weeks at a time or while you’re shooting it. But I think we all were so excited to tell this story and be in this world again with these characters, and be together as a group again, because it’s such a creative and collaborative experience that we all have with each other. We were putting it all out there and being okay with maybe failing and trying again. It was a lot emotionally, but we all were pedal to the metal, ready to go there. 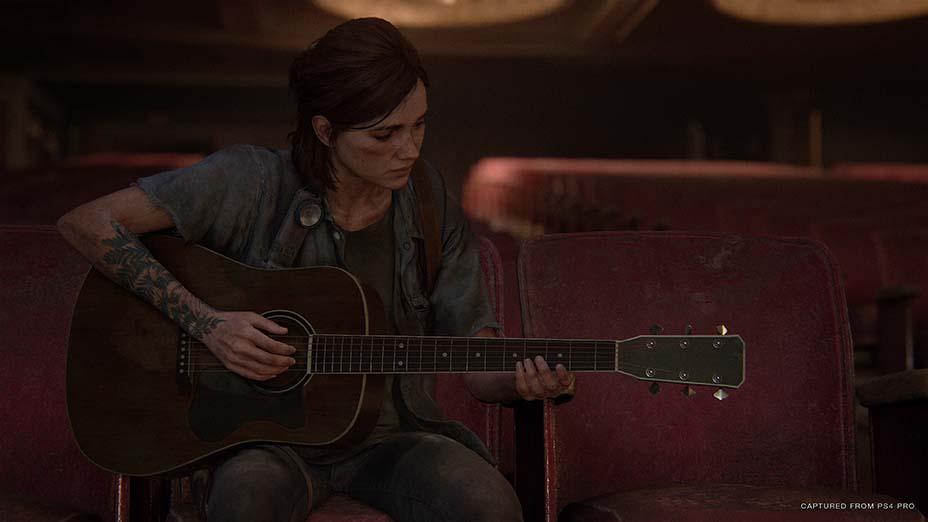 How much of yourself do you feel is within Ellie now that you’ve played her for so long? Are the lines blurred?

Absolutely. When I first auditioned for this part and saw her character description — and as we started shooting — I realized this character is not super different from me. Especially in this game, we see her quiet side and she’s a little introverted. Ellie and I are incredibly similar, and the closest character to me as a person of any character that I’ve ever played. Hopefully with the decisions Ellie makes, I would probably make some different decisions [laughs]. But who knows? I haven’t been in that extreme of a situation. I feel really proud and lucky that I got to play this character for as long as I have, because I think it’s pretty cool that they put a character like this as a lead in a Triple A game.

Ellie’s interactions with Dina and the relationship there are key to the emotional thread of this game. Do chemistry reads exist in video games? How did you work with Shannon Woodward to portray that relationship with authenticity?

I’m such a massive fan of Shannon Woodward. We did have a chemistry read, actually. There was an audition process that they had and by the time they narrowed it down to, I want to say four different actors for Dina, I read with all of them. All were so incredible, and it’s so fun at that point to see different actors take on a role.

When Shannon came in, there was a different level of chemistry that we had with each other, and instantly there was a camaraderie there, it was like we’d known each other for so long. Throughout the shooting of this game, we became such good friends. We text each other all the time. Shooting the scenes with her and working with an actor like her who is very spontaneous and very unpredictable, is so fun because it forces you to listen. Neil gave us the space to play, and we had such a good time. Both of us were so excited to play characters in this relationship where they both cared so much about each other. 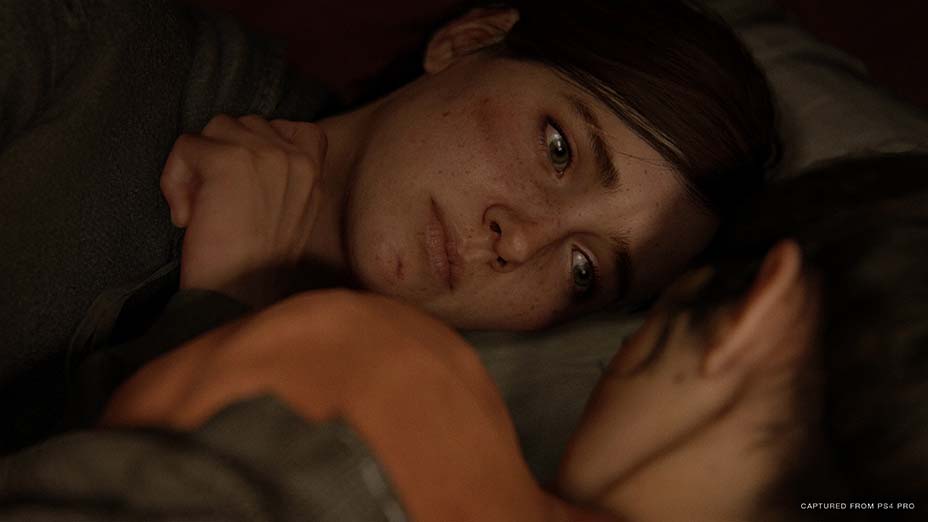 What drew you to the gaming space as an actor and how does it differ from film/TV?

The reason I went up for the game was I am a gamer myself. I had talked to my agent about maybe getting into video games if that was even a possibility, because I loved them so much and was curious about it. Working in motion capture, your possibilities are endless. You can shoot so much more in a day, it’s like theater. All of the information is taken in one take of the scene. It’s not like you do different setups [or] change your camera angles. With that, there is a lot more freedom.

For me, my favorite form of entertainment is video games because it’s immersive. Of course I love television and movies, but for me video games is the ultimate because you feel like you’re a part of the story. Being able to shoot with the headcam and with the motion capture suit on is a really weird adjustment, but it really forces you to access that imagination that you had as a kid. It feels like you’re accessing so much more.

So you’re a longtime gamer, then?

Pretty much, yeah. I have older siblings and they both were into video games. I think it was just kind of passed down to me. I love them. I feel like in the past few years I’ve been lagging behind, but because of this pandemic we’re in, I’ve been able to pick up some of the games that I wasn’t able to play the past few years. That has been my solace.

'The Last of Us Part II': Game Review

'The Last of Us Part II': Game Review