Being a good widow is a hard job. I haven’t been great about dealing with my husband’s legacy. I’ve let it crush me instead of lift me up. But I think that’s about to change. It’s finally time to share.

The fact is, I was married to a comic genius, a guy whose work continues to influence a large number of other comedians. He died of an accidental drug overdose in 2005. Stand-up comedy is often likened to “salted peanuts.” The comedian is just there to sell drinks. But Mitch always considered it an art form; it was how he expressed himself.

I was almost 30 when we got married. I was my own, fully grown individual. But Mitch showed me a way to look at the world just a little bit differently. And I think his comedy did that for a lot of people. He’s often referred to as a ‘one-liner comedian’ — and I’ll fist fight anyone who says that! To me, Mitch was a wordsmith and he was really silly, which I love. He chose subjects that were timeless. He’d do a joke about bananas or pancakes or cars — things that aren’t going away. He didn’t do jokes about sex, pop culture or politics, but admired others who did. He searched for an original voice of his own. In this way, Mitch was able to take an audience to a place where our world is looked at in a different, more magical way.

When Mitch died, it sent guilt, shame, grief, regret and fear coursing through my body every second of every day. I have no idea how I survived it. Almost overnight, I became an obsessive hoarder. I was terrified of throwing anything away in case it held a remnant of Mitch and his existence. Old magazines, gum wrappers, withered receipts — I kept it all, because in some way it all connected me to Mitch. The good news, though, is that along with the garbage, I also hoarded every single bit of Mitch’s writings and recordings. I kept everything, and everything is a lot. 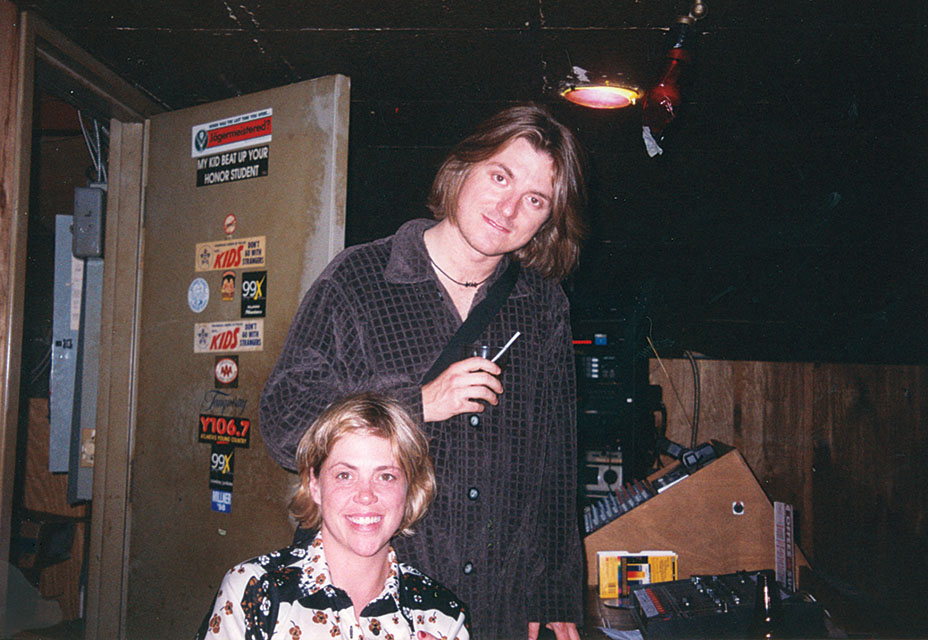 Mitch was constantly jotting ideas onto paper. I have boxes and boxes of his notebooks, envelopes stuffed with hotel pads and scribbled-on napkins. I even found an airplane barf bag covered with notes. When he wasn’t writing, he was talking into a microcassette recorder, so I also have boxes of microtapes of him practicing and perfecting his material — material that’s never been heard. And then there’s the footage. Mitch and I shot four of his shows on 16mm. That’s enough for a brand-new concert film. And there’s other film Mitch shot himself, with his voiceover. Enough for a documentary. A documentary that he could narrate himself!

I kept all the film and tapes and notes in three big iron safes in a cabin we had in the mountains. But about eight months ago, I took it all out of the safes and brought it back to L.A. I found an office in a production company and I’ve been digitizing everything ever since. I’m almost done, too, so that everything Mitch left behind, every half-written joke, every spontaneous utterance onto microtape, will be accessible with a few clicks on a mouse. What I’m going to do with that incredible comedy legacy is something I’m still thinking about. I’ve been approached by directors who ask me to hand over everything. But I can’t do that. Whatever I do, I’ve got to do myself.

It’s taken me a long time to get to this place, but I think I’m finally ready to become a better widow. And that means at some point soon, all of you will be hearing and seeing Mitch again. And I’m betting he’ll still make you look at the world in a slightly different way. 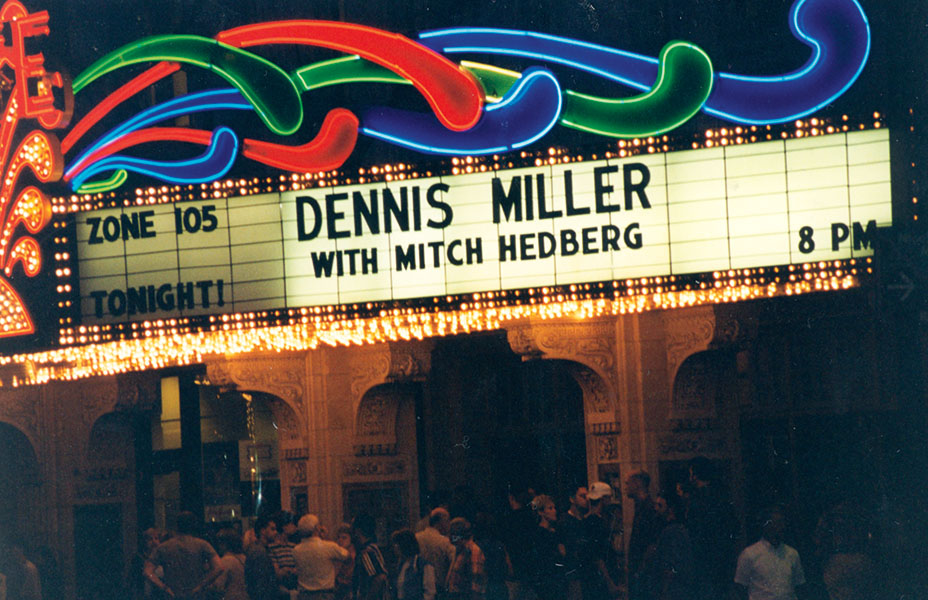 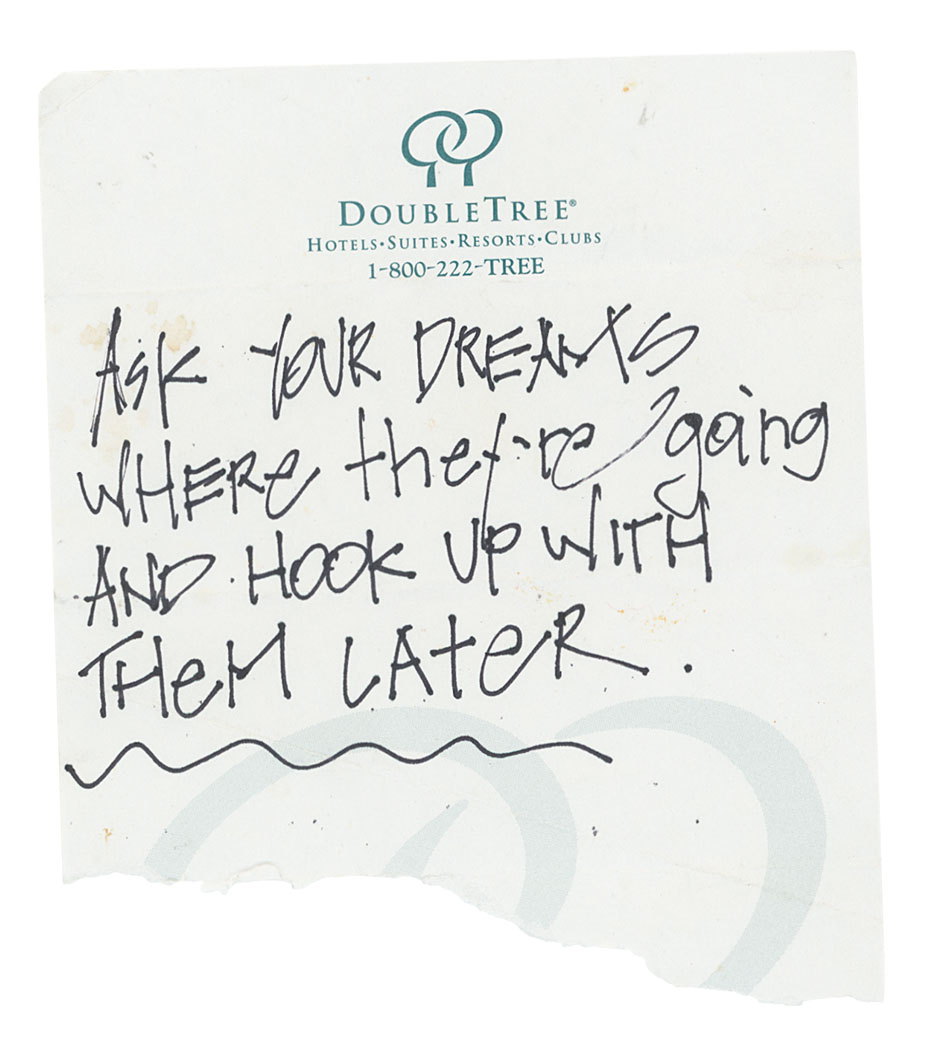 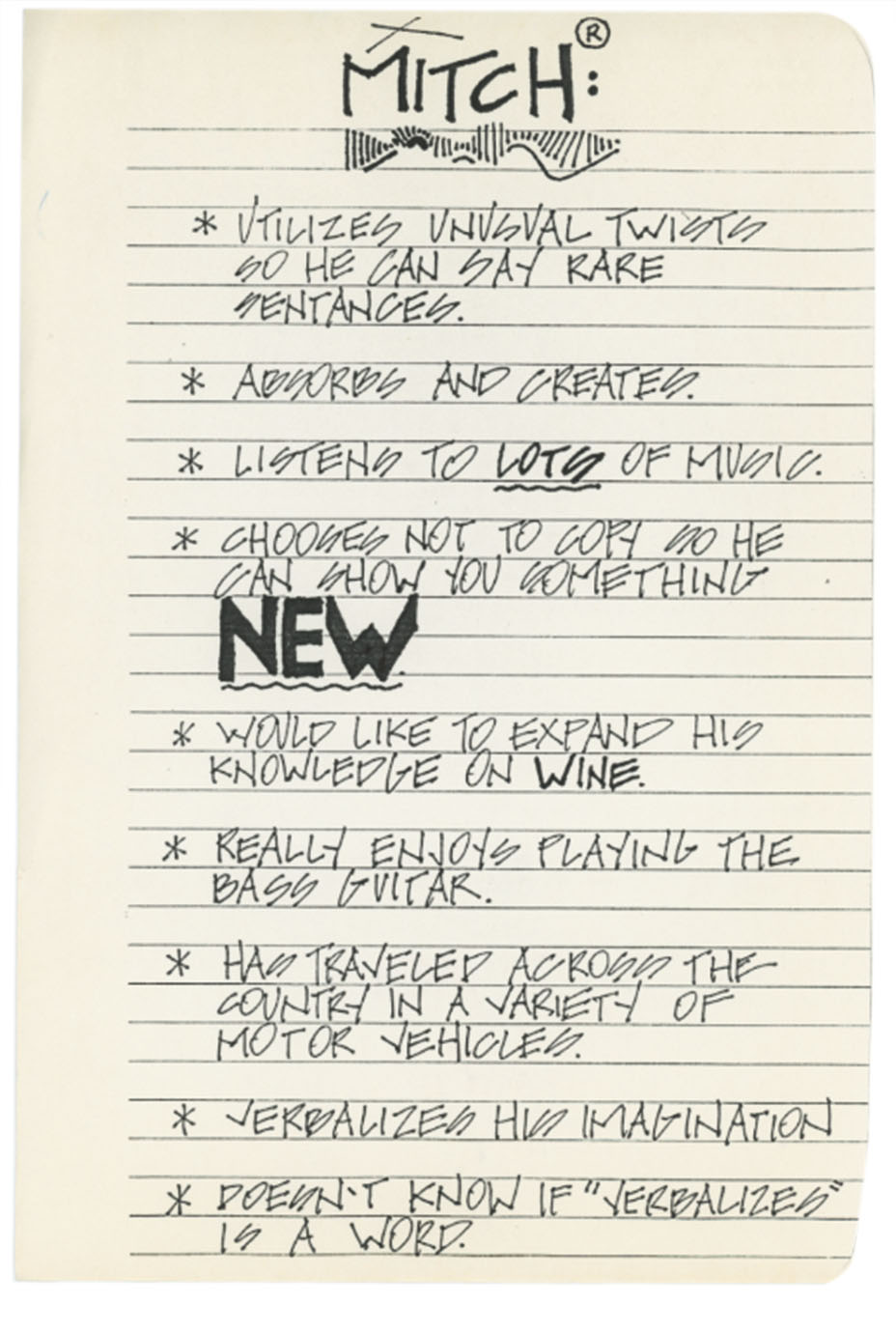 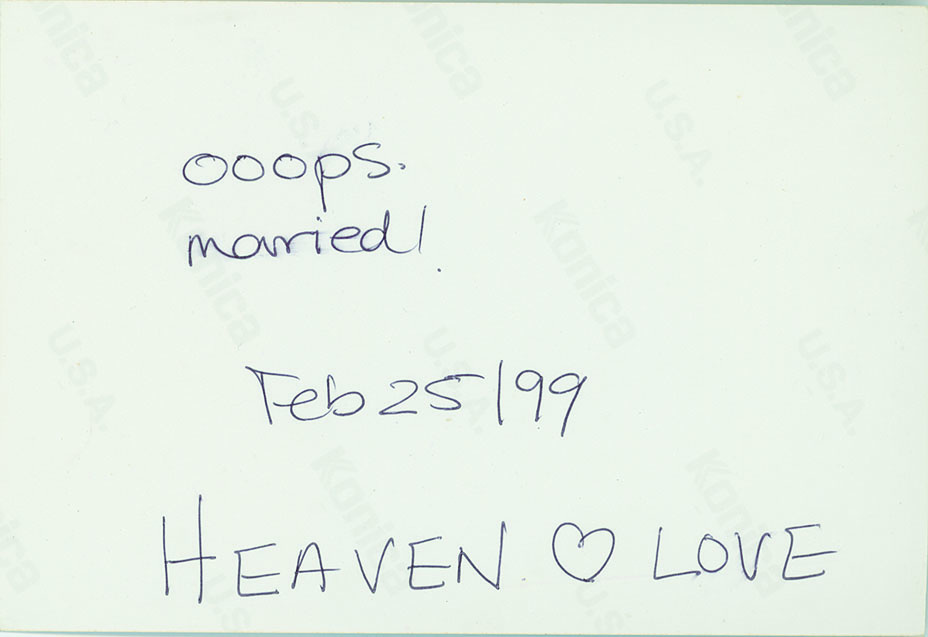 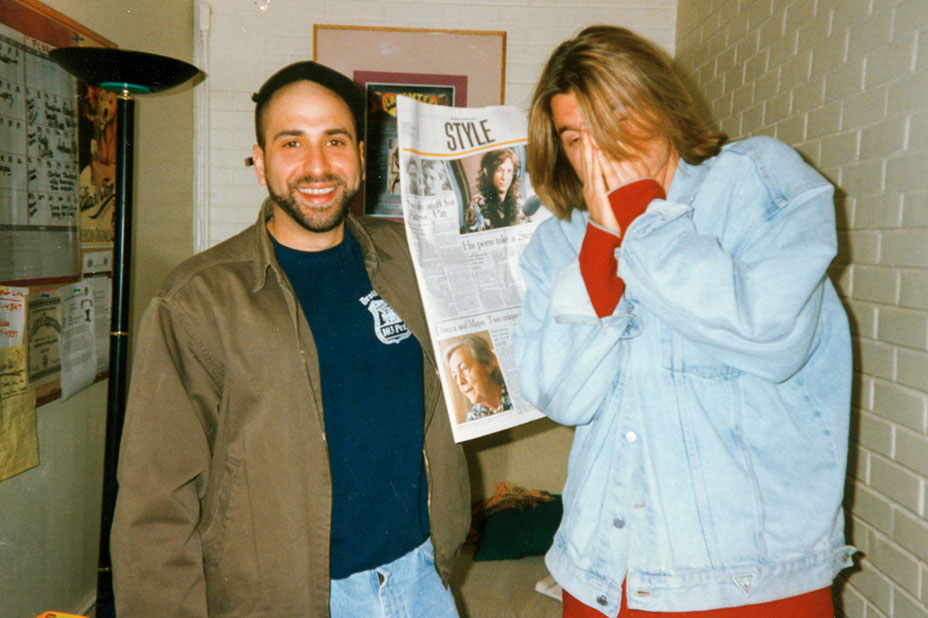 "We're All Going to Behave Better": The Comedy Actor Roundtable