These days the red carpet isn’t merely a showcase of glitz and glamour. It’s a platform used to advocate for social and political issues. Stars have used fashion to make a statement in various ways, such as wearing a specific color to show solidarity (2018 Golden Globes attendees donned black to stand with sexual harassment and assault victims) or wearing a controversial designer (Scarlett Johansson chose Marchesa for the 2018 Met Gala, designed by Harvey Weinstein’s ex Georgina Chapman).

Lately, a Hollywood favorite is displaying a pin to show support for a cause, with stars from Constance Wu to Rachel Brosnahan partaking. Planned Parenthood, GLAAD and the ACLU have all been featured on pins designed for the red carpet; last year at the Emmys stars wore “I am a voter” pins on their lapels and clutches. In January 2018, Time’s Up pins were worn at the Golden Globes; and in March, Michael Bloomberg’s New York-based gun control advocacy group Everytown for Gun Safety designed pins worn at the Oscars following the Stoneman Douglas High School shooting in Parkland, Florida.

This year at the 71st Emmy Awards, stars and other industry insiders were spotted wearing a gold St. Jude Children’s Research Hospital pin that was doled out by the Red Carpet Advocacy agency (RAD), founded by Hollywood costume designer Arianne Phillips and partner Carineh Martin. The pair teamed up with the Memphis-based nonprofit to create an accessory that would support St. Jude and honor September’s Childhood Cancer Awareness Month. Phillips is also responsible for the design of the Time’s Up pin worn to the Golden Globes in 2018. Russian Doll actor Charlie Barnett, Justin Hartley, Jimmy Smits and Benicio del Toro were among those sporting the gold St. Jude symbol on their lapels. 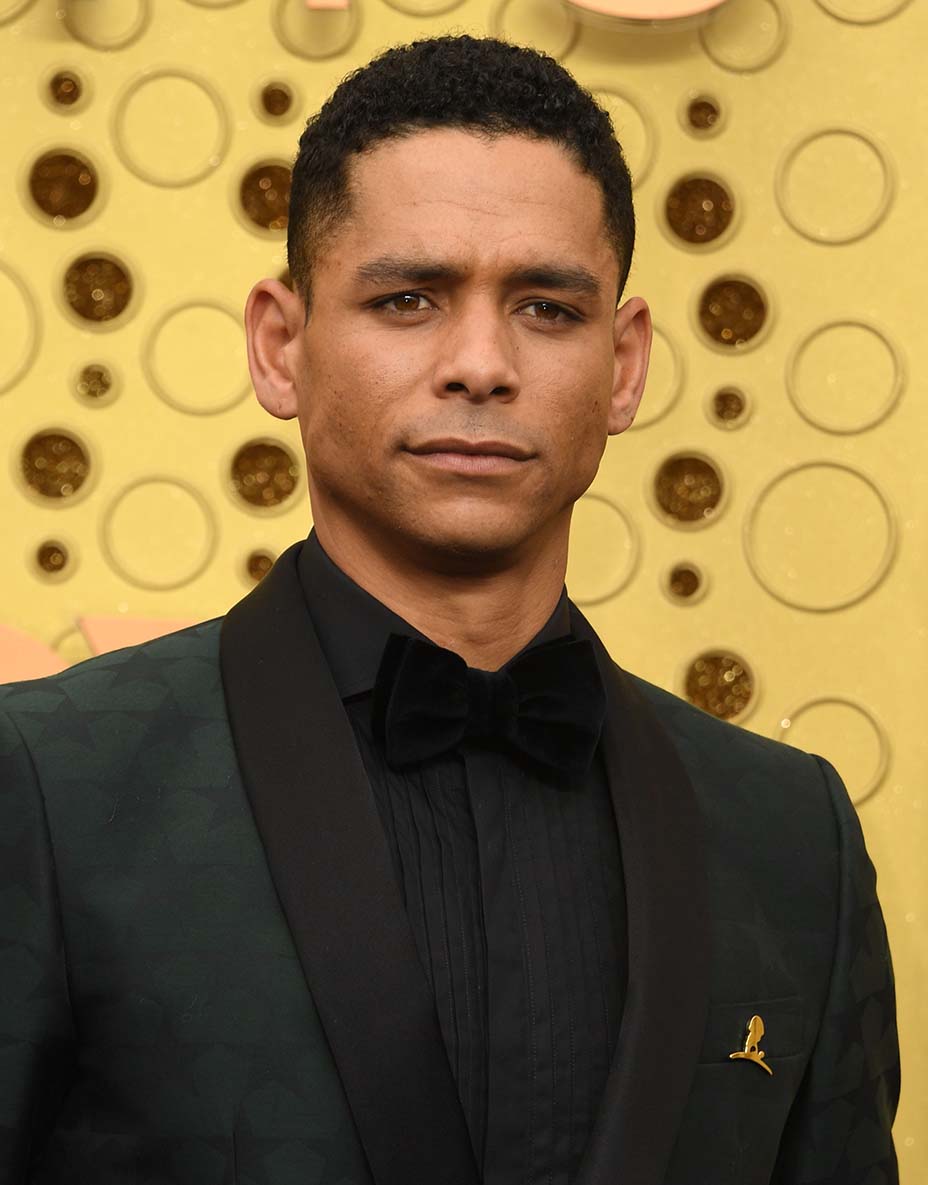 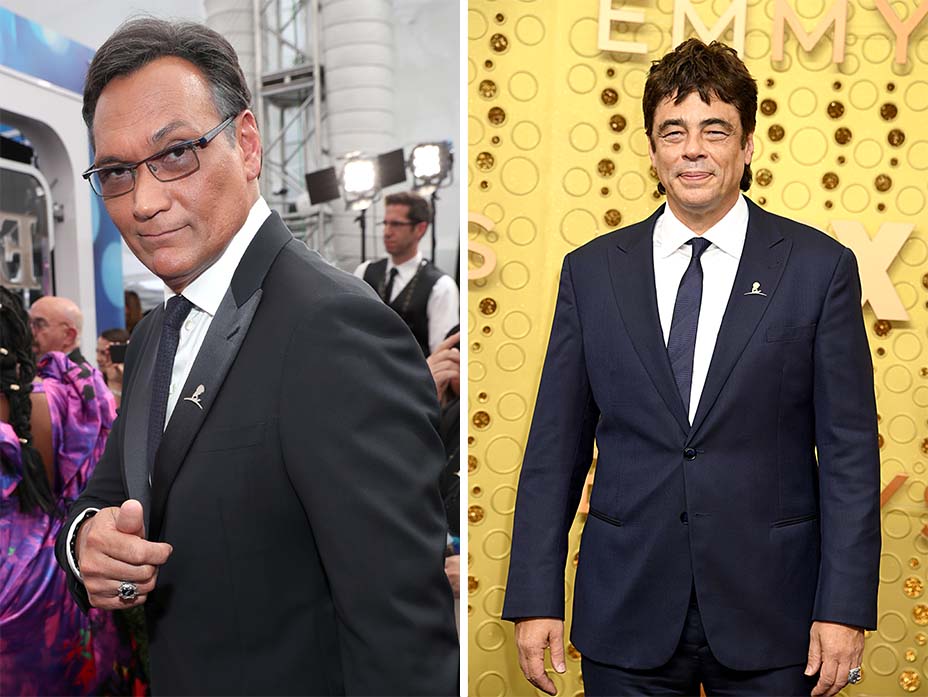 Another political statement was made by Orange Is the New Black star Laverne Cox, who stunned in a black and mauve Monsoori gown on the Emmy’s red carpet and toted a custom Edie Parker rainbow-striped acrylic clutch with “Oct. 8, Title VII Supreme Court” written on the side.

On the alternate side of Cox’s clutch is the hashtag #TRANSISBEAUTIFUL. “Edie Parker is no stranger to bespoke orders, but this one was an honor and particularly meaningful,” says a rep for Parker. 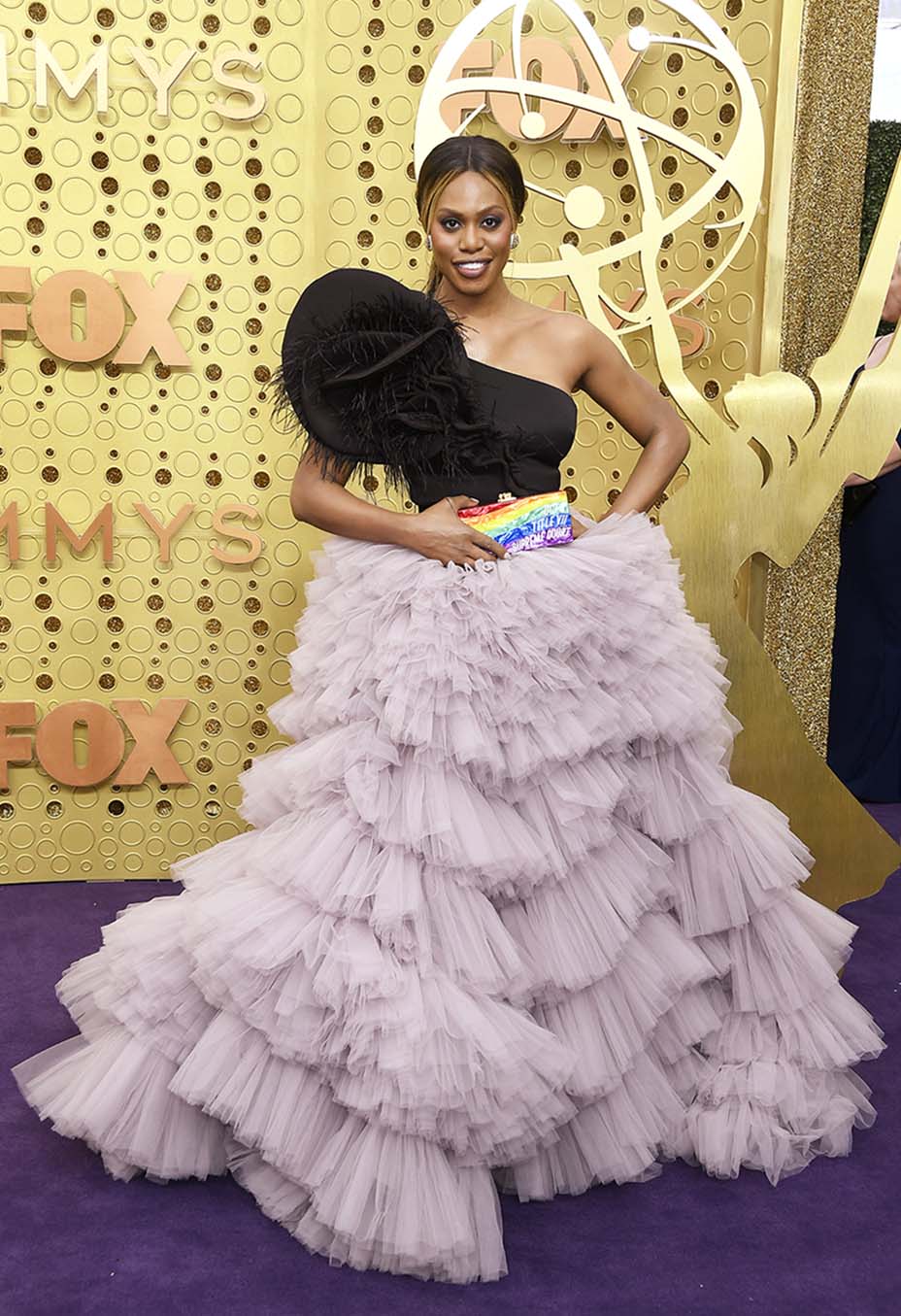 Also making a statement at the Emmy Awards was Don Cheadle, who was nominated for outstanding lead actor in a comedy series for his role in the series Black Monday. He stepped out in an Isaia capri peak lapel smoking jacket — but the ultimate accessory was his blue ACLU ribbon pinned to his jacket. 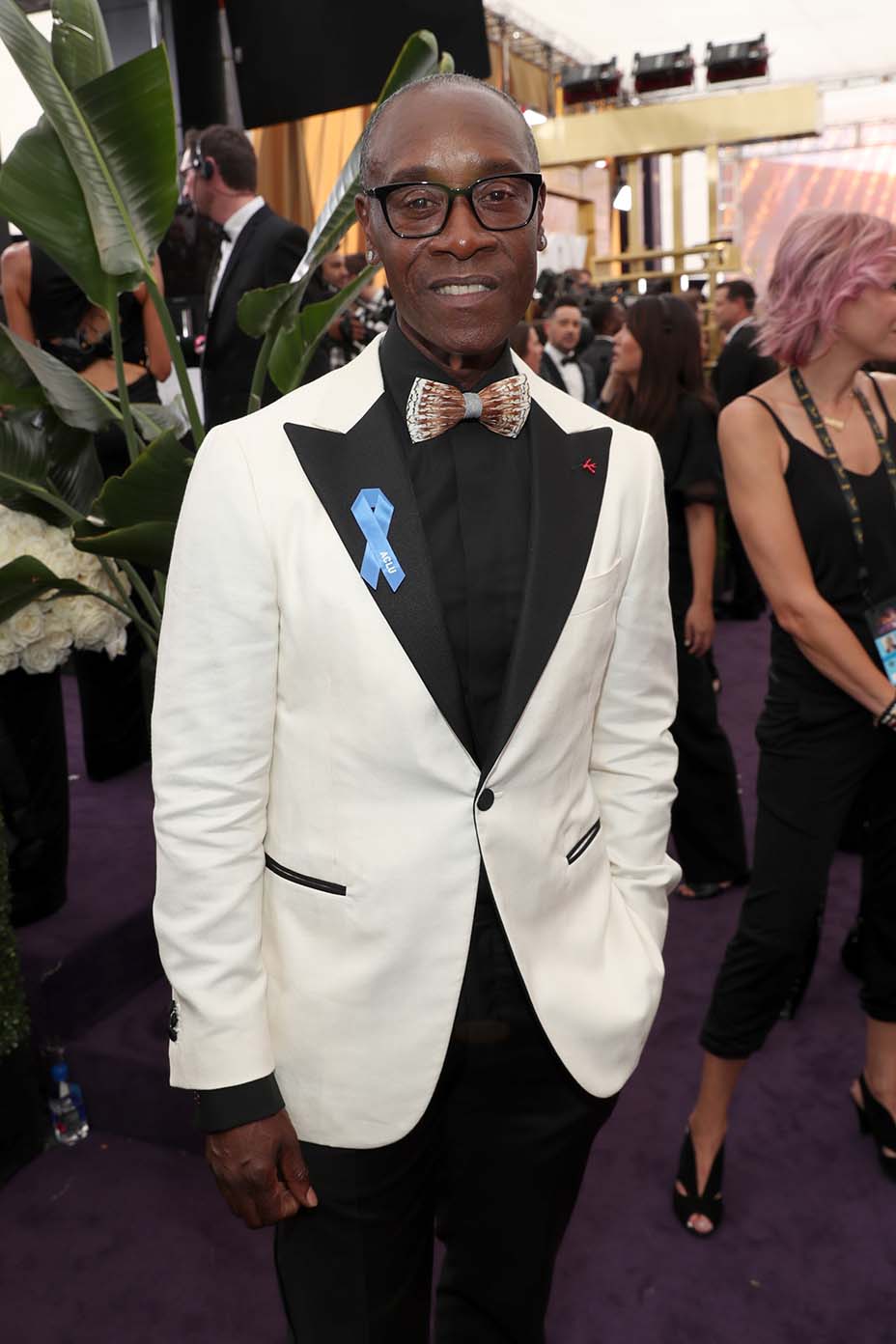