When Laverne Cox heard the news Monday morning that the U.S. Supreme Court had decided, with a 6-3 majority, that the 1964 Civil Rights Act’s Title VII provision protects LGBTQ workers from job discrimination, she was at home in Los Angeles.

“It’s huge,” says the actress — known for her Emmy-nominated breakout role on Orange Is the New Black and who will next star in Netflix’s Inventing Anna — who has also long been an activist fighting for and speaking out for transgender rights. Her advocacy has brought her close, in recent years, to a lawyer, Chase Strangio, deputy director for transgender justice at the ACLU, who was one of the leads in the landmark case decided today, Bostock v. Clayton Country. Together, Cox and Strangio attended the Emmy Awards last September, where the actress carried a purse emblazoned with the words, “Oct. 8. Title VII. Supreme Court.” (The Edie Parker purse will be auctioned starting on June 22 to raise money for the Anti-Violence Project.)

Cox, who is executive producer of the Netflix documentary Disclosure: Trans Lives on Screen (debuting June 19), also traveled to D.C. last October to appear at a rally the day the court heard oral arguments in the case. She spoke with The Hollywood Reporter about what the decision means to her and for fellow LGBTQ citizens.

How are you feeling about this landmark ruling?

I was on MSNBC this morning on Morning Joe and we were talking about the announcement from the Department of Health and Human Services on Friday [which reversed protections in health care and insurance for transgender people]. I said, “This is ridiculous because the Supreme Court will be making a decision about this very issue any day now. It could happen as early as this morning.” About an hour later, the decision came through. I saw on television first that the gay and lesbian part of the decision came through and then [the transgender decision]. We won everything. I couldn’t believe it and I honestly still can’t.

Were you hopeful this would be the result?

We were really bracing ourselves for disappointment. We were bracing for a loss. Obviously because of the conservative nature of the court, I am in shock, honestly. I cried a few times thinking about it today. I just think about [plaintiff] Aimee Stephens, who I had the honor of meeting on Oct. 8 last year in front of the Supreme Court. I got to stand beside her. She made history. I think about [plaintiff] Gerald Bostock, who I did get to meet last year, and then of course [plaintiff] Don Zarda, who passed away in 2014 and didn’t live to see this. These courageous Americans stood up against injustice and I am so immensely grateful to them.

How did you end up attending the Emmys with the ACLU’s Chase Strangio?

I had been talking with Chase for a while about what we could do to raise the profile — no one was really talking about the case. This is the most important case of transgender rights probably in the history of the country and no one was talking about it. Ironically, I was listening to Chase on a podcast, WITH [Why Is This Happening? With Chris Hayes], and he said that when Laverne Cox said Gavin Grimm’s name at the Grammys it totally changed everything for us.

You spoke about Gavin at the Grammys in 2017?

Yes. Gavin had had a case when he was in high school in Gloucester, Virginia. He sued his school and the school board for the ability to be able to use the boy’s bathroom. His case was supposed to be the first case to go to the Supreme Court for transgender civil rights. When this current president won the election and Jeff Sessions, his first attorney general, repealed [Obama-era] guidelines for how trans kids should be treated in school, because of this administration his case was sent back to a lower court.

So back to the Emmy’s last year, what did you decide to to do?

I said, “Oh my God, I need to invite Aimee Stephens to the Emmys.” Aimee was having health issues. [She died this past May from complications of kidney failure.] It would have been too much for her to navigate a red carpet and stairs, and I said, “Chase do you want to come with me and we can talk about this case on the red carpet?” Last year I was nominated for an Emmy for the third time. I hadn’t been on anybody’s radar to get a nomination. I was very shocked by the nomination. When it became clear I would use the opportunity to highlight this case, I felt, “This is why I was nominated.” I’ve been involved in this case for a long time trying to get the word out.

How long have you known Chase?

I think the first time I met Chase was on the Katie Couric show, I think, in 2014. It may have been before that. I remember going to Arizona in 2014 where a woman named Monica Jones had been arrested — there was a law in Arizona, basically a walking-while-trans law that criminalized trans people for walking in a certain outfit in certain neighborhood at certain times. It was profiling all trans women as sex workers. I went down to Arizona to support her and Chase was there advocating for her and we really connected. We’ve been working together ever since. I love him and he’s such a warrior and such an incredible legal mind.

How far does this case go in protecting gay, lesbian and transgender people?

This is a Title VII case, so it specifically applies to employment. Federally it is [now] not legal to fire someone for being gay or for being transgender in their job. My friends on the case at the ACLU says because now we have federal law that says that discrimination on the basis of sex covers transgender status and transgender orientation that should have ripple effects for health care, for public accommodation, for housing.

What do you think of the fact that this decision was handed down during Pride Month?

The Supreme Court term ends in June. It just sort of happens that a lot of their big cases come in June and June is Pride Month. I remember when marriage equality became the law of the land [in June of 2015], I was in San Francisco and my wax figure at Madam Tussauds was being unveiled. This morning I was here in my home because everybody is at home. I was on this couch when I heard the news. It’s huge. It’s a win for us and for our whole country. It’s a win for America. 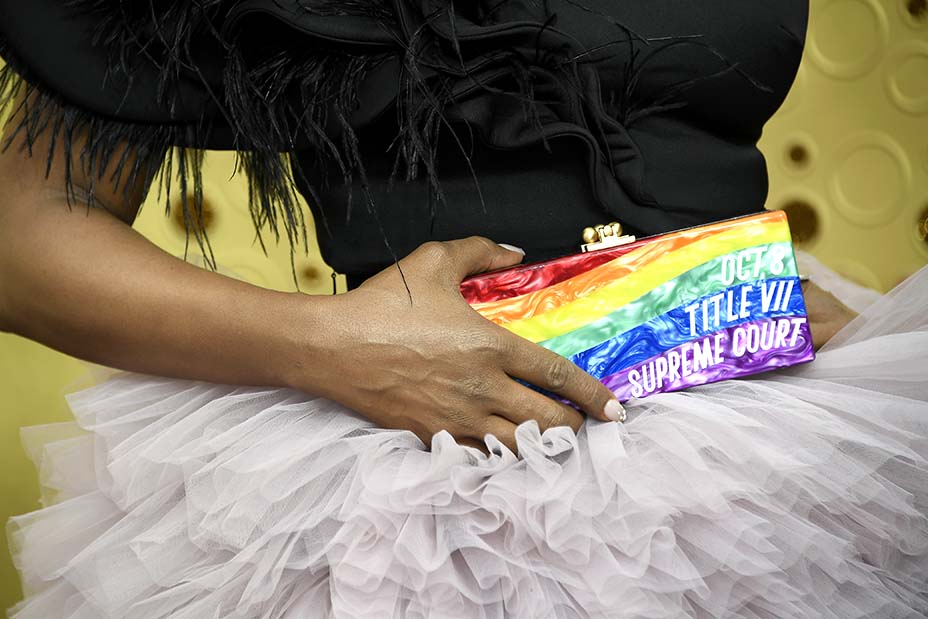