“I stand with anyone who believes in change..and I stand with Nike every day, all day,” said NBA superstar LeBron James, addressing the controversial Colin Kaepernick #JustDoIt ad that dropped Monday with the slogan, “Believe in something, even if means sacrificing everything.”

James took time out from training for his Oct. 18 L.A. Lakers debut to accept the Icon360 award from Harlem’s Fashion Row on Tuesday night in New York City, and he made clear that he stands with his lifetime sponsor’s stand with the NFL player-turned activist, who protested African-American inequality by taking a knee during the pre-game national anthem, and created a cultural movement.

LeBron James’ Style Takes the Spotlight Ahead of Lakers Debut

The Nike-supported fashion event, now in its 11th year, was founded by Brandice Daniel to create solutions to bringing more black designers into the fashion industry. James was honored for his contributions to the African-American community, and as usual, the philanthropist who recently opened the free ‘I Promise School’ in his hometown Akron, Ohio, put actions behind his words.

James, dressed in one of his signature Thom Browne summer shorts suits, reflected on the importance of powerful women in his life, including his mother Gloria Marie, his wife Savannah and his daughter Zhuri, whom he held in his arms: “This award is far too kind. What I stand for and what I do just comes straight from the heart. I am a kid from Akron…I had the example of my mother every single day. I couldn’t imagine being sixteen years old and having a kid, being a sophomore in high school and having to raise a kid by myself without the means, without the support system – without anything – and giving that kid a sense of pride, a sense of strength, a sense of no worry and because of you, Gloria James, I’m able to receive this award [and to be] in a position today to be able to give back and showcase why I believe African-American women are the most powerful women in the world.” 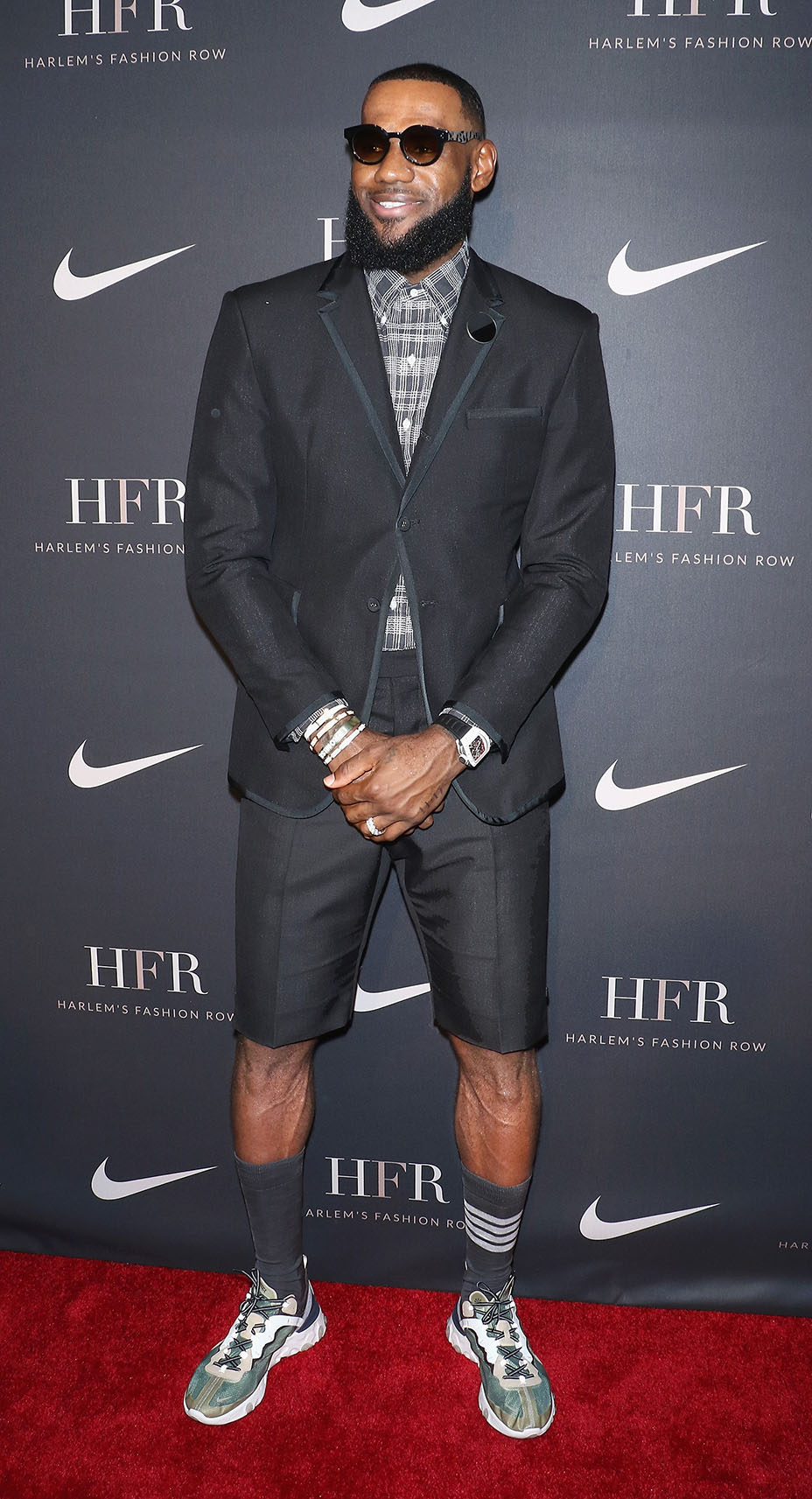 Then, James unveiled his first ever basketball sneaker made for women, the HFR x LeBron Nike 16, which was designed with input from the event’s three showcased fashion designers Kimberly Goldson, Undra Celeste Duncan and Fe Noel. The high-top, which drops Sept. 7 on Nike.com, has a distinct cognac leather ankle strap that looks as if it could double as a cuff bracelet.

Stylist Jason Rembert, who has worked with Issa Rae, among others, was presented with the HFR Stylist of the Year Award, while the Iconic Trailblazer Award was given to fashion activist Bethann Hardison, who for 40 years has been working on diversifying the modeling industry, but announced she would now turn her focus to helping African-American designers, too.

Harlem fashion icon Dapper Dan received the HFR Lifetime Maverick Award for pioneering luxury streetwear, and bringing it to a new audience with his recent partnership with Gucci.

Dapper Dan had nothing but praise for HFR and its founder, whom he has known since 2014. “She was the first one after 30 years to invite me to come to an occasion,” he told the crowd. “Before I had a deal with Gucci, a book deal with Random House or a movie deal with Sony. I never thought I would be recognized.”