James Goldstein may be the world’s most famous Lakers hater — the 79-year-old sports nut frequently can be seen courtside, dressed in his trademark animal skins and a hat, rooting for whoever happens to be playing his home team — but that doesn’t mean he isn’t willing to open his doors to the players. When Warner Bros. was scouting for a city-view location for a scene of LeBron James shooting hoops in its upcoming Space Jam 2, it picked Goldstein’s iconic Sheats-Goldstein residence, a modern glass-and-concrete wedge in Beverly Crest that has appeared in scads of films, from The Big Lebowski to Charlie’s Angels.

“You have to understand, the fact that I don’t root for the Lakers is something that doesn’t extend beyond the games,” Goldstein tells The Hollywood Reporter, explaining why he let director Malcolm D. Lee temporarily turn his tennis court into a basketball court. “I’ve known LeBron since he was a senior in high school — we’ve been friends for many years. I was very happy to welcome him here.”

Goldstein — who just returned from a six-week trip to Europe — was not on set that day, but he says he would’ve happily caught up with his old friend. 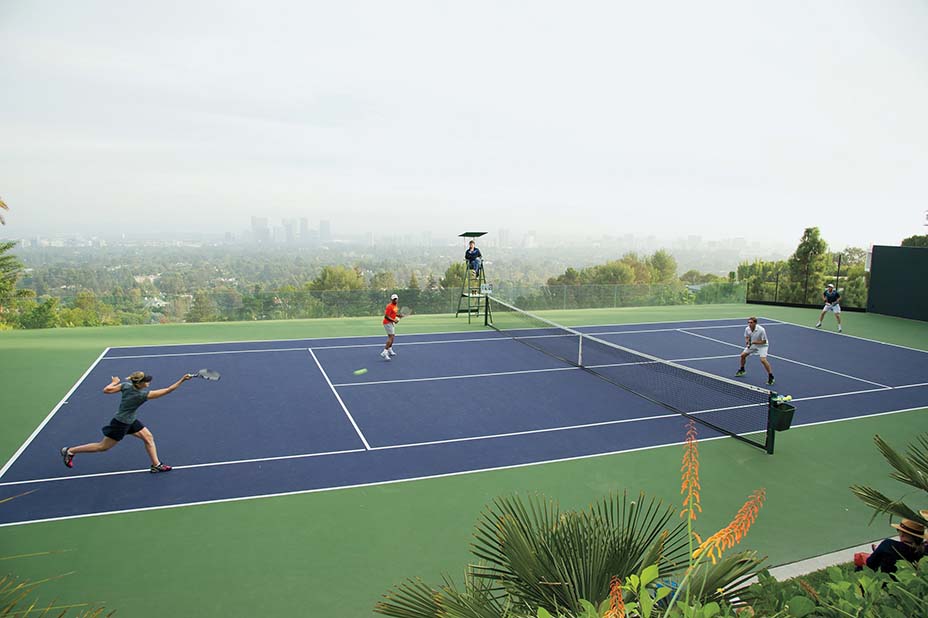 “The Lakers players, as far as I’m concerned, are friendly competitors. [It’s] just like playing a tennis match against your best friend. You don’t like them as the match is going on, but as soon as it ends the friendship resumes.”

Aside from generally “enjoying life to its fullest,” Goldstein says he’s been keeping busy on new projects at his residence, including construction on the terrace outside his infamous Club James. “There’s going to be an entertainment terrace to complement the club. Once it’s completed, it will be a fantastic addition to the entertainment facilities that I already have. I hope that it will be finished by the end of this year.”

A version of this first appeared in the Aug. 21 issue of The Hollywood Reporter magazine. To receive the magazine, click here to subscribe.