For his first job out of UCLA, Legendary Entertainment CEO Joshua Grode worked as an assistant to Sydney Pollack, a job that entailed gassing up the director’s Ferrari Testarossa twice a week. “I’m a 22-year-old driving his Ferrari and I was like, ‘This is awesome!’ ” Grode recalls. “Then he promoted me to his reader, and I was, ‘Ugh.’ ” He went on to land a gig as a production assistant for Roger Corman, making four movies in three months and eventually moving up to serve as a second unit director. “It was so much fun. Then my parents said, ‘Eh, go get a graduate degree.’ ” So Grode enrolled at Loyola Law School and morphed into a Hollywood power attorney at Irell & Manella, where one of his clients was Legendary (he negotiated the $3.5 billion deal for China’s Dalian Wanda to buy the company in 2016). The following year, he replaced Thomas Tull in the top job at the studio and began extricating Legendary from its distribution deal with Universal in favor of its original home at Warner Bros. Now that the deal with Universal is over (Little marked the last film), Legendary is ramping up to make 6-8 films per year with budgets ranging from $20 million to $150 million. On the TV front, Legendary currently has four shows streaming including Lost in Space for Netflix and the Emmy-nominated The Looming Tower for Hulu. Grode, 52, sees his first two films that bear his stamp bow in May with Pokémon Detective Pikachu (May 10) and Godzilla: King of the Monsters (May 31). The married father of three (his wife is former CAA agent Lisa Wong), who now oversees a staff of 217, invited THR to his offices next to the Warners lot in Burbank to discuss that studio’s upheaval following CEO Kevin Tsujihara’s abrupt exit, Treasury Secretary Steve Mnuchin’s efforts to help Hollywood squeeze more box office out of China and why Legendary won’t take money from Saudi Arabia.

You have two of the few non-Disney tentpoles this summer. How will you and other studios be able to compete in this new era?

There’s room for a lot of different brands in the market. Pikachu is not meant to be a Marvel movie. People say, “Oh, you’re going up against the Marvel movies.” Well, no, we’re going up against ourselves and judging ourselves on: Do we execute our content the best way we could? We made the best version of Pikachu we could make. Same with Godzilla. Godzilla‘s not supposed to be Jurassic World. They both have creatures and animals. But we have to market it for what it is and not fall into the trap of, “It’s Die Hard with a train.” So we’re trying to be original in how we market it.

Why move Pikachu from Universal to Warner Bros.?

Our deal was coming to an end at Universal. It was over in December. We felt that having this movie as the kickoff of a new relationship was [good timing]. And Warners was really trying to get the IP when it was on the market. It came down to Legendary and Warners. So we knew they loved it, and that was also a factor.

What is the status of talks between Legendary and Warners for a larger distribution deal?

Very, very good. We have a framework for a very robust partnership on our movies that will, I believe, have us working together for several years. 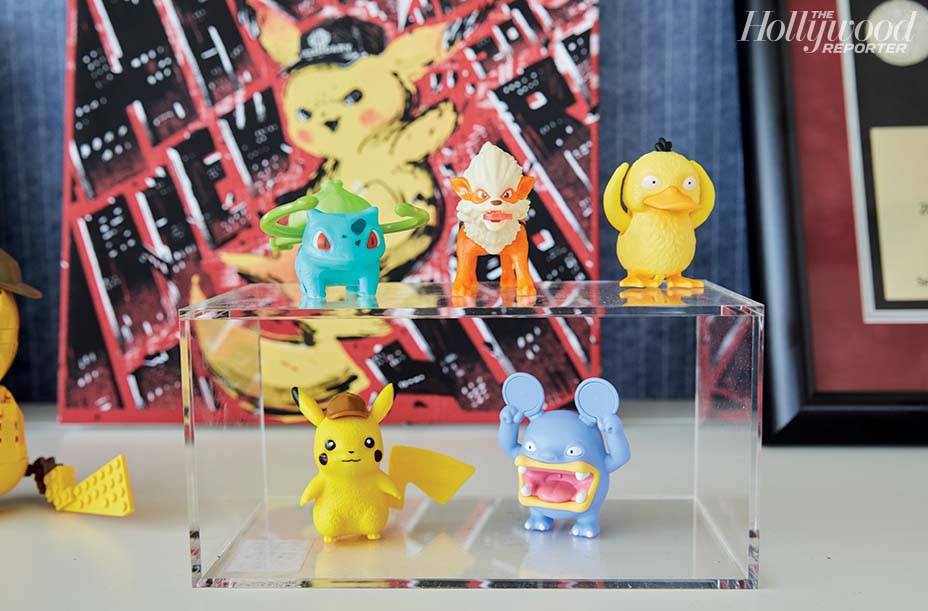 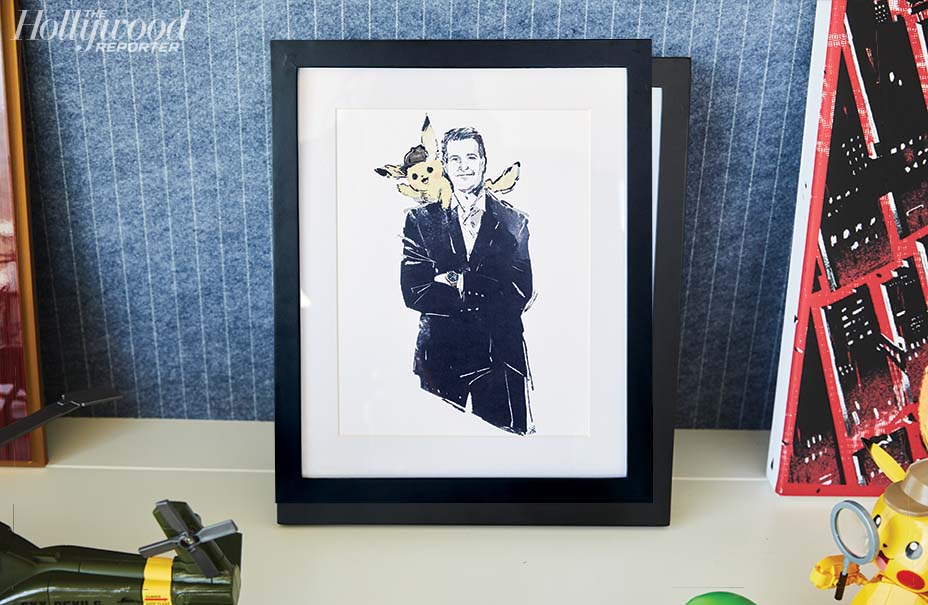 What is your take on the Warner Bros. upheaval?

Look, it’s unfortunate that they have to go through this moment where there’s upheaval and there’s internally, “Who’s going to do what now?” I know their team is incredibly focused on our properties, but at the same time, if it’s a two-hour meeting they’re having to discuss this, that’s two hours that they’re not doing what they would normally do during the day. They’ll say, “It’s fine. The transition is smooth. Everything is handled.” But again, those two-hour meetings on Monday and a three-hour meeting on Wednesday — it adds up. So for someone who has a lot invested in movies, that’s nerve-racking. On the other hand I know Blair [Rich], who is running the marketing, is still focused on marketing, and she is out to win and I think she’s awesome at what she does. I feel very comfortable with her in the position she’s in and being the one running this and pushing it forward because she’s inventive, creative, has a fresh angle on things, is not afraid to take chances. And that’s what you want in a partner. We took a chance making [Pikachu], and they’re taking a chance in the way they’re marketing it. And that’s a cool relationship. I hope they get the right people in the right jobs to execute and have the right vision for what the organization could be. I don’t know that that’s one person. It may stay as a committee, the way it is today. It could be two.

Does Tsujihara’s ouster affect your potential deal at all?

What do you think of Secretary Mnuchin’s efforts to lift the quota on U.S. films in China?

There’s a fairly large misunderstanding in our business of what the relationship is with Hollywood movies and China. The reality is, we get in more movies than the minimum required. The current China agreement is 37 as a minimum. Almost every year we’ve gotten more than 37 in. What he is trying to do is raise the percentage [of revenue] that we get on the quota movies from 25 percent to something higher. Those discussions were happening before everything went a little haywire with the U.S. and China and Trump. I’m all for it because the money we get out of China on our movies is very high-margin dollars because the marketing expenses are so low. Average marketing spends in the U.S. for big-budget films are in the $60-plus million range, whereas [on] the same movie in China we will spend $8 million to $9 million. So if one of our films grosses $200 million in China the studio share is 25 percent … $50 million and we spend $9 million to generate that. That is very high-margin dollars for us. We would like to see the studio percentage of the China box office go up more than the number of quota films go up — it would increase even further the marginal value of the dollars that we’re getting from that market. 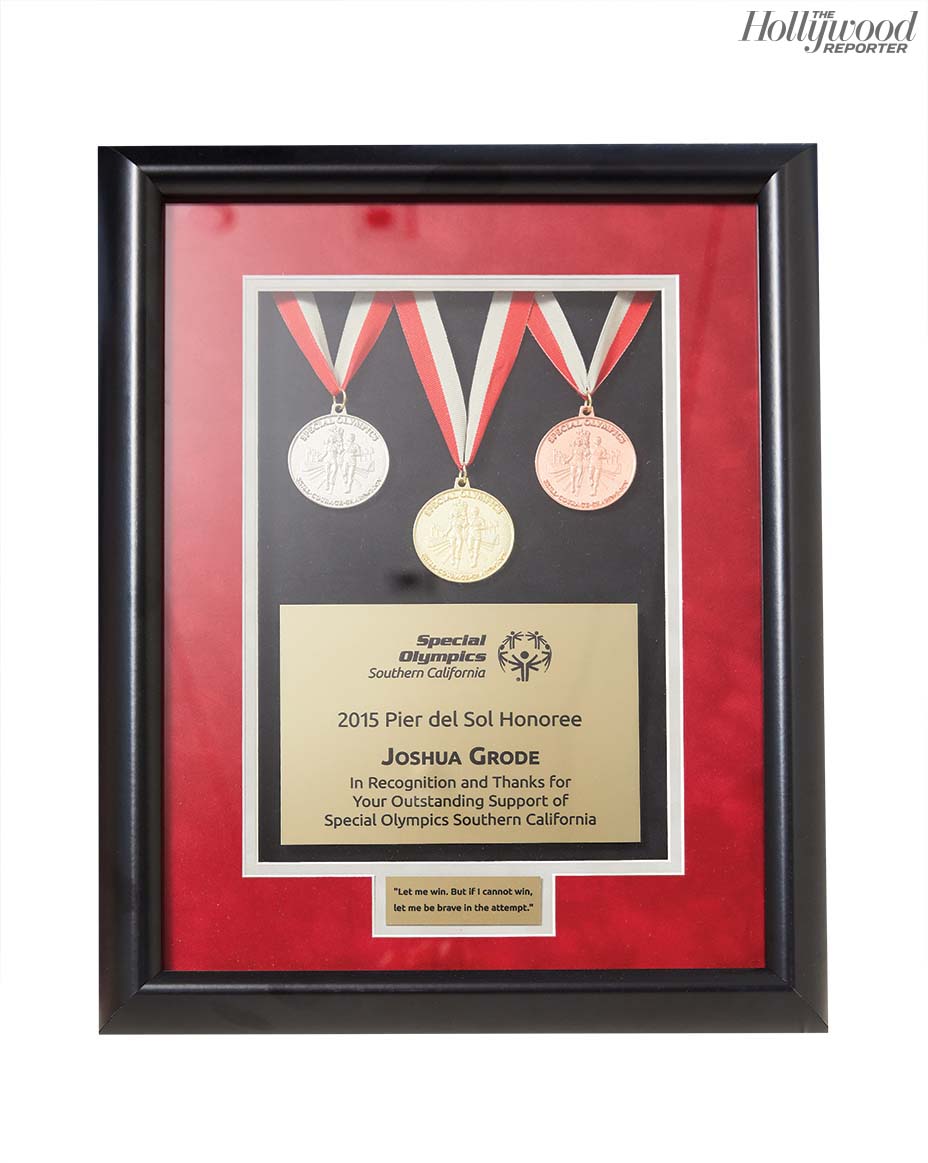 What signals have you received from Wanda chairman Wang Jianlin about Legendary now that Wang’s ambitions to conquer Hollywood have essentially evaporated?

I see him frequently throughout the year. What he has said [is] he is firmly behind Legendary, believes in the content strategy, believes that the market needs both domestic — in this case China-domestic — content and international content. You have to back up and [ask], What was the rationale for doing an investment like this? I was the lawyer on the deal. So, there’s still attorney-client privilege that applies. [His strategy was] “If I own Legendary and I get them qualified as a major, and they get six slots under the quota, I’ll then have my share of the international pie of the China box office every year.” That was the strategy. It wasn’t wrong. You can debate whether he overpaid or not for the asset.

If additional fundraising is necessary for Legendary, will Wanda be permitted by the Chinese government to supply it?

The good thing is we don’t need more money. I have no reason to believe that Wanda would not be able to fund it under our original plan. They’ve met the funding obligations, as recently as this month [March], even though we really didn’t need the money. 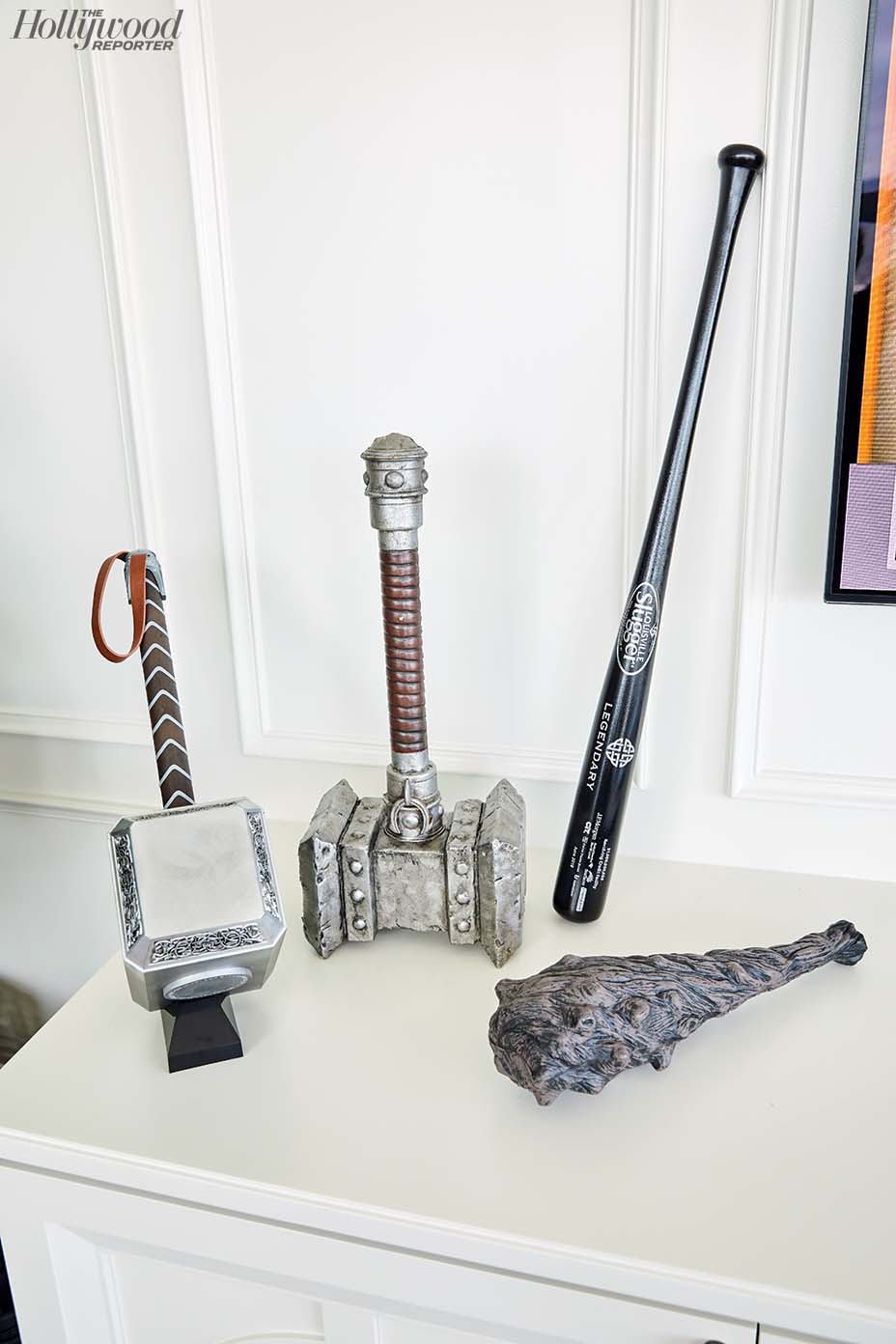 You took the rare step of saying you had “no interest” in investment from Saudi Arabia. Why?

We may take some outside capital, but we don’t need the money. The reason I would do it is to find a new shareholder who has a really deep pocket. My belief is, in the future, interesting assets are going to come up for sale, and I want to be in a position to buy them. We’re in a really unique moment right now where the big media companies are no longer sharing their content. Fox is not renewing with HBO. I’m hearing that Universal’s not going to re-up their deal when it expires with HBO. Why? Because they’re going to keep their best content to go get the consumer. Everybody other than Disney is going to need content in order to achieve the goal of owning the consumer the way they want to.

How far can you extend the Godzilla/Kong monsterverse movies? How much fuel is in the franchise?

I hope a lot. I hope the gas tank is full.

What kinds of movies is Legendary hoping to make moving forward?

We’re making a diversified slate financially. We have some that are huge like Dune.

Will Dune be two movies?

That’s the plan. There’s a backstory that was hinted at in some of the books [that we expanded]. Also, when you read the book there’s a logical place to stop the movie before the book is over.

Why 'Detective Pikachu' Looks Like a Throwback to Bygone Summers