The comic book arm of Legendary Entertainment will publish Bram Stoker’s Dracula Starring Bela Lugosi in late 2020, in partnership with the Lugosi Estate and Kerry Gammill, publisher of Bela Lugosi’s Tales From the Grave. Featuring art from El Garing and art direction from Gammill, the book will return the actor — or at least, his likeness — to a role he first played on stage in the late 1920s.

“Bela Lugosi created his unique portrayal of Count Dracula on the Broadway stage and has become a cultural icon for his performance in the 1931 film,” Lynne Lugosi Sparks, granddaughter of the actor and CEO of Lugosi LLC, said in a statement. “This graphic novel beautifully answers the question: What would Lugosi’s performance look like in a direct interpretation of Bram Stoker’s novel? We believe Legendary Comics has proven what fans already know — Bela Lugosi is Dracula.”

“There have been great Dracula graphic novels, but to unite Bram Stoker’s novel in a faithful adaptation with the definitive Dracula in the form of screen icon Bela Lugosi is a dream come true,” Legendary Comics SVP Robert Napton added.

More information about the project, which is targeted for a fall 2020 release, will be revealed during the “Legendary Comics 2019 and Beyond” panel at Los Angeles Comic Con this weekend, with the panel taking place in Room 404AB at 11 a.m. The panel will also include updates on a number of other Legendary Comics projects, including The Witches of Silverlake and Lost in Space: Countdown to Danger. 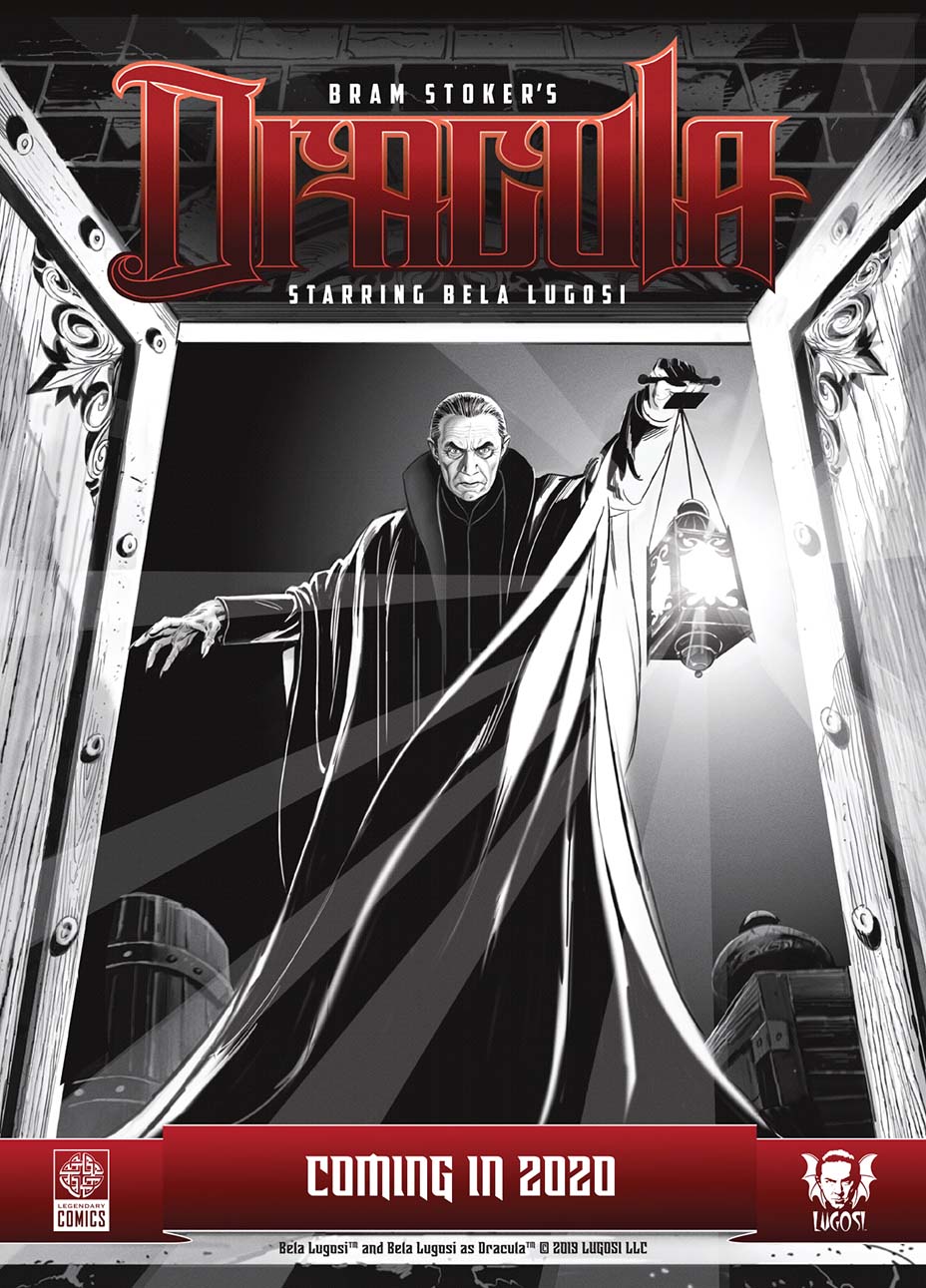