There’s more for longtime Marvel fans in Lego Marvel Super-Heroes 2 than the chance to save the world. For those who know where to look, there’s a chance to discover some history, as well.

Hidden throughout the game are a number of re-creations of classic Marvel covers, each one featuring characters and storylines that inspired the game itself. Adapting the work of artists including Jack Kirby, Gil Kane and Steve Ditko, the images feature the Lego versions of key characters re-enacting the covers in full blockheaded grandeur.

For Marvel’s Bill Rosemann, the company’s executive creative director, “The key to creating memorable homage covers is to hand-pick images that clearly communicate what’s cool about each character, are historically important, and are visually impactful. Whether it’s Spider-Man meeting the Sinister Six, the Avengers colliding with Kang, or Rocket Raccoon teaming with Cosmo the canine cosmonaut, each of these variants channel what’s at the core of all things Lego and Marvel… fun!”

“We worked long and hard when selecting comic covers for the game as we wanted each cover to be a good reflection of what the player would come up against in that particular level,” Arthur Parsons, TT Games’ head of design, told THR. “These covers are our way of tying things we are doing in-game back to the original source material, and where we could, we would ensure we were picking superheroes or supervillains that feature heavily in the levels.” 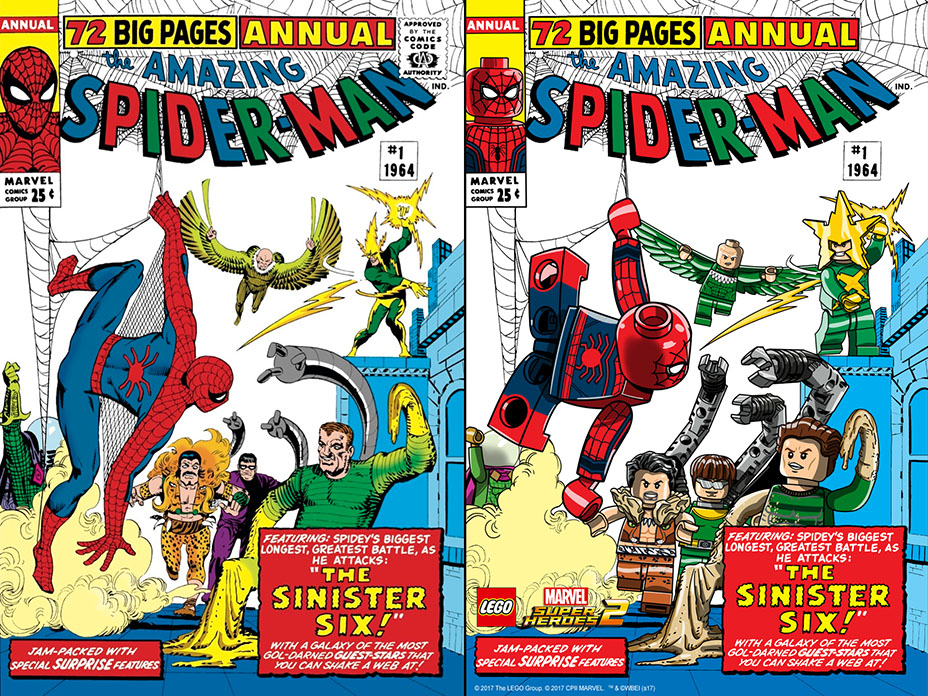 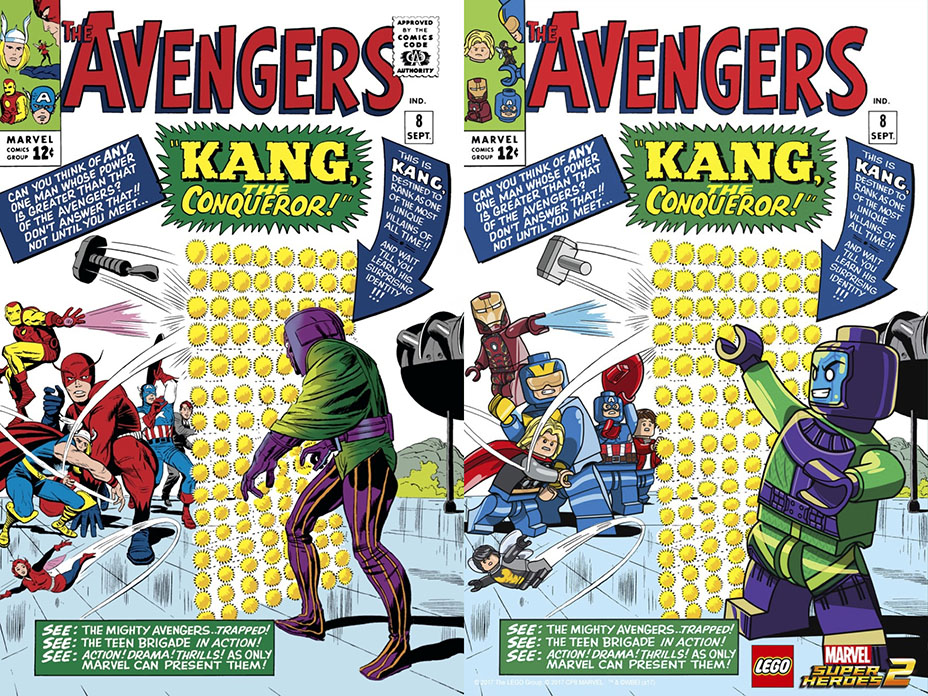 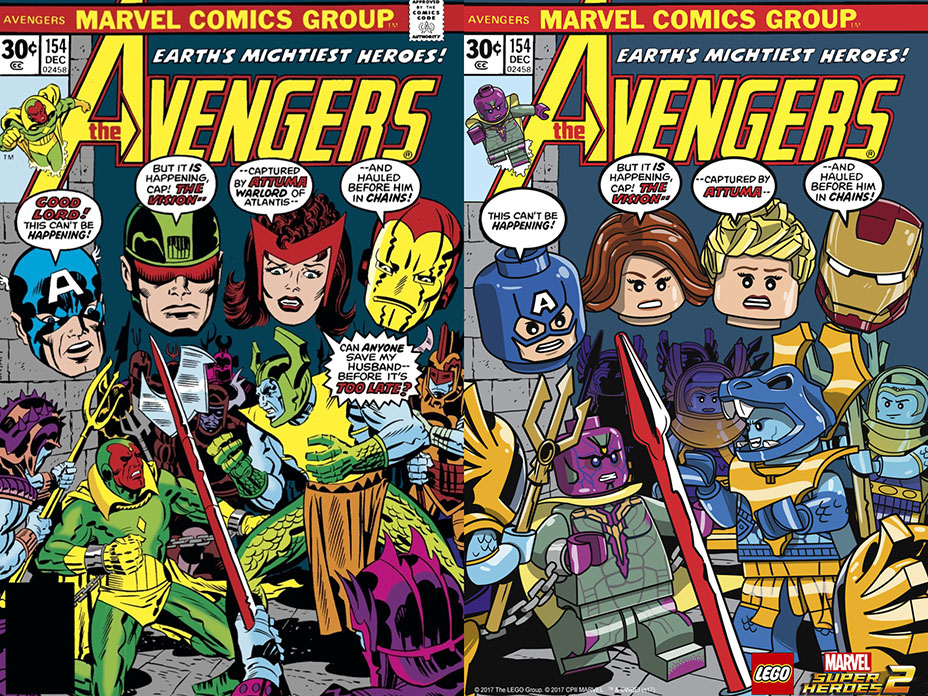 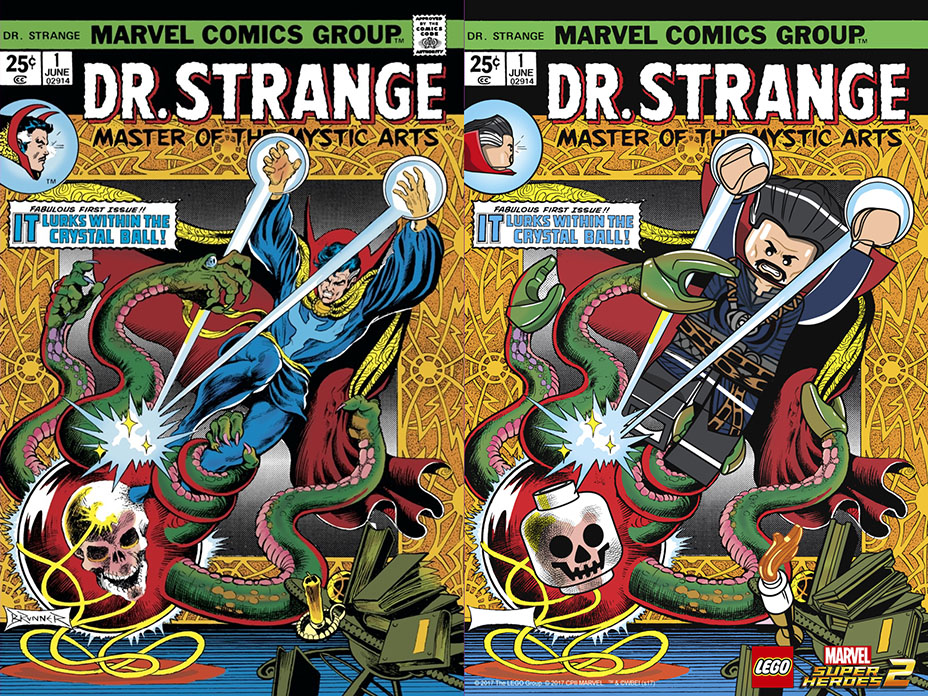 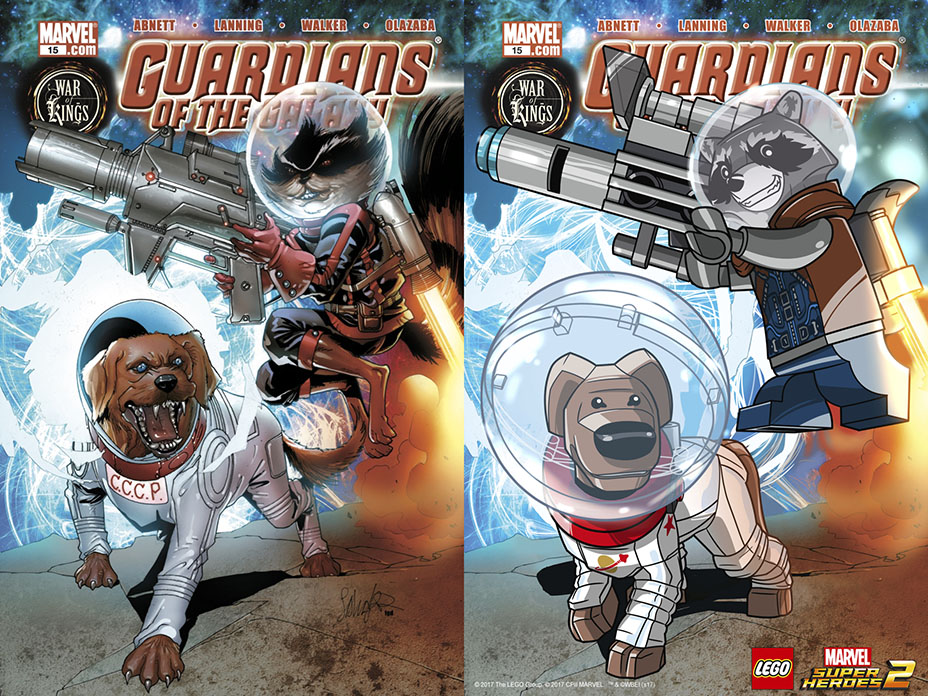 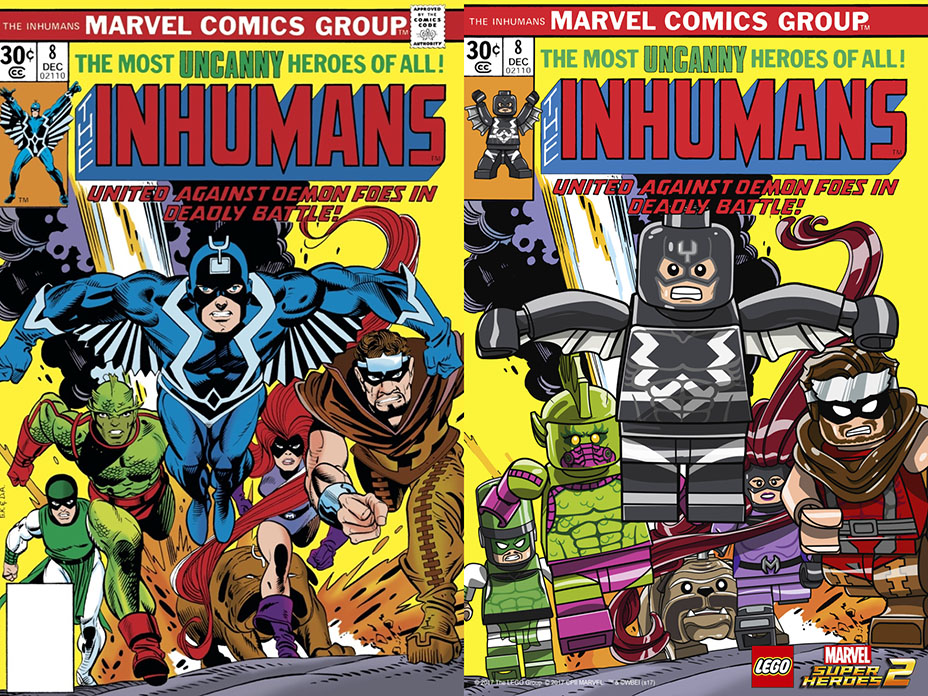 The six covers available in the game are The Amazing Spider-Man Annual No. 1, The Avengers Nos. 8 and 154, Doctor Strange No. 1, Guardians of the Galaxy No. 15, and Inhumans No. 8. Each cover is unlockable once all minikits have been collected within specific levels, with the Spider-Man Annual cover being available toward the beginning of the game during a battle with the Sinister Six, the Doctor Strange cover being found in the Sanctum Sanctorum, and so on.

Lego Marvel Super-Heroes 2 is released tomorrow for PlayStation 4, Xbox One, Switch and PC.