Continue to The Hollywood Reporter SKIP AD
You will be redirected back to your article in seconds
Skip to main content
May 1, 2017 4:35pm

Lena Dunham is showing her support for Planned Parenthood at this year’s Met Gala in New York.

Styled by Cristina Ehrlich, the Girls actress and creator arrived in a single-shoulder custom Elizabeth Kennedy gown with a black-and-red gingham skirt. The look was completed with a Planned Parenthood pin. 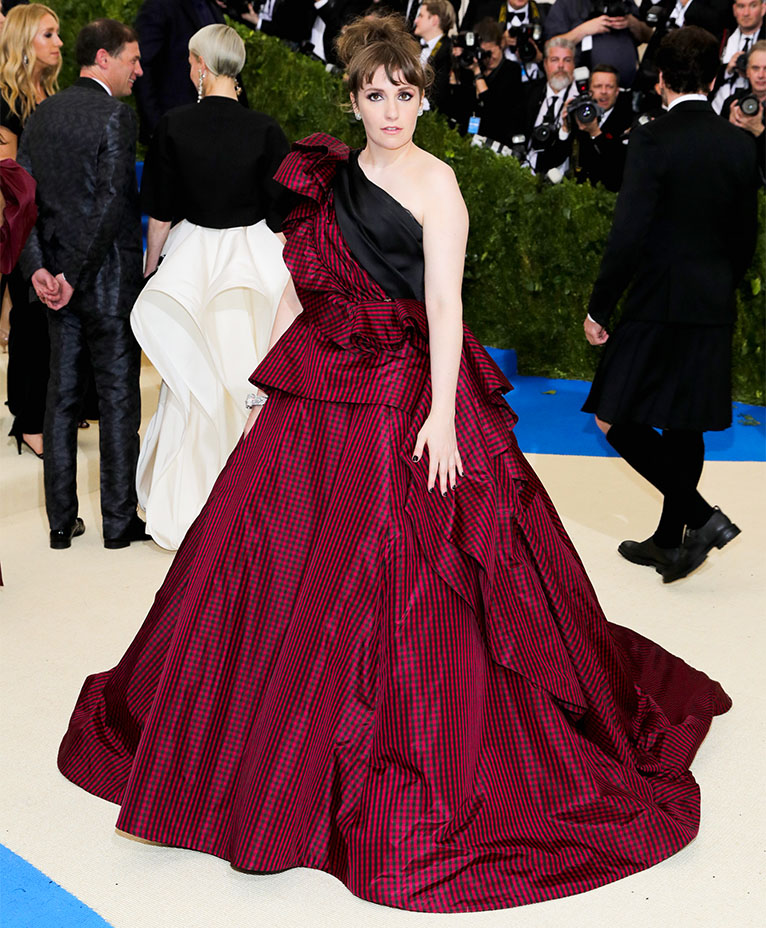 Hollywood stars is no strangers to advocating for the non-profit health organization. Emma Stone and Dakota Johnson were among those to wear the Planned Parenthood pin at the Oscars in February, and prolific producer Shonda Rhimes recently joined the group’s national board.