The Tony Award-winning actor will be canvassing for the midterm elections because “it’s never been more serious,” he told The Hollywood Reporter.

Odom Jr. will go door-to-door with La La Land songwriter and fellow Pennsylvania native Benj Pasek on Nov. 5, ahead of the Nov. 6 elections. He is preparing a song in case someone requests it when he volunteers in swing districts in Harrisburg and Doylestown.

“I’m extremely dissatisfied with the rhetoric and the representation that we currently have in Washington, so I’m going to do something about it,” Odom Jr. said.

It’s part of a campaign by national grassroots organization Swing Left that will disperse volunteers in 84 swing districts between Nov. 2 and Nov. 6 to help get out the vote and try to take back the House of Representatives with a Democratic majority. Lin-Manuel Miranda, Maggie Gyllenhaal, Natalie Portman, Taylor Schilling and Adam Scott are also participating in the efforts, while photos circulated this weekend of Will Ferrell campaigning for gubernatorial candidate Stacey Abrams in Georgia.

Swing Left’s “Last Weekend” activities include kickoff rallies at the Great Hall at Cooper Union in New York and the Palace Theatre in Los Angeles on Thursday with guest speakers and performers. The casts of It’s Always Sunny in Philadelphia and Crazy Ex-Girlfriend will join Hamilton creatives in door knocking.

Odom Jr. told THR he felt he needed to “do more than just vote” this year, because the current administration is “not the president or the type of leadership that I want.” A California voter, the actor is currently on the East Coast because his wife Nicolette Robinson is starring in Waitress on Broadway; he then heads to Virginia for four weeks of filming Harriet, in which he plays abolitionist William Steel, who was also from Philadelphia.

How did you begin working with Swing Left?

I am partnering with Benj Pasek … who is a dear friend of mine and a fellow Pennsylvanian. And we’re gearing up to do some canvassing and help get out the vote in Pennsylvania, the Philadelphia area. We’re going to Harrisburg, Doylestown, another couple places. We’re sending buses. We’re rallying up young people to knock on doors. This year feels like it’s important to do more than just vote actually. It feels like you have to add volunteering to the mix. So we’re excited.

I’m always excited to meet and speak with young people. I see that the Hamilton connection between me and the next generation is strong. They feel that. And with Benj and his work with La La Land and Dear Evan Hansen, they feel that connection with him, too. We’re looking forward to connecting with fans and hopefully making a real difference.

Why did you feel you needed to “do more than just vote” this year?

I think it feels particularly necessary. I’m extremely dissatisfied with the rhetoric and the representation that we currently have in Washington, so I’m going to do something about it. I’m going to do even more than just check the appropriate boxes on my ballot. I’m going to get out there and encourage fellow Democrats to join me at the polls. 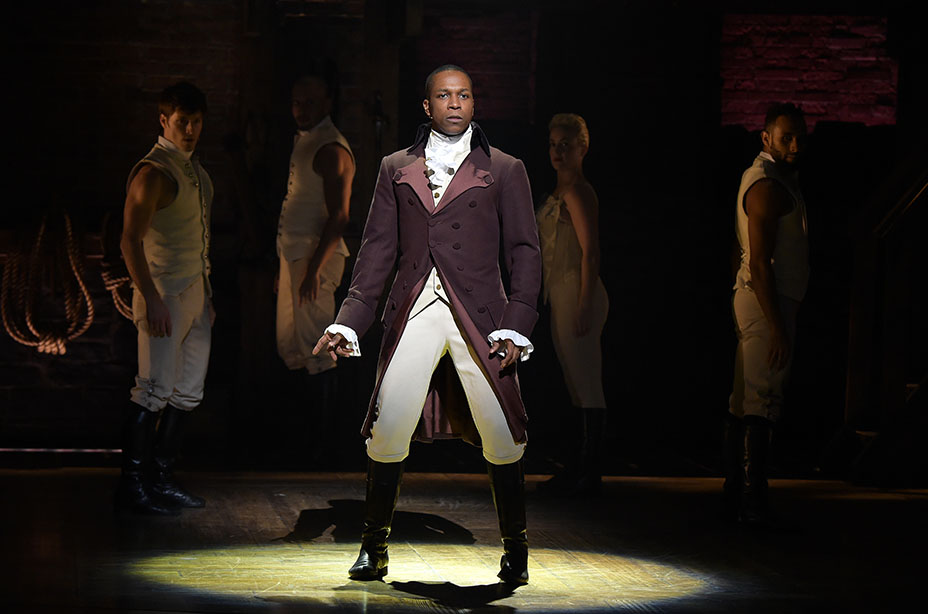 Do you feel Hamilton has increased political involvement of young people?

I think it reminded everyone of the fragility of the grand experiment and the fatefulness of the thing, that it really brought it home the fact that the country hasn’t always been this way, and it wasn’t a given that it would run this way. It was thanks to the ingenuity, the courage and the sacrifice of a lot of great men and women before us who were also flawed. But I think that despite their flaws, they were able to do a lot of great things. So it makes you look at your own life and you ask the question of yourself, “What am I doing that’s going to make me proud 200 years from now?” Even if it’s not me personally, even if I’m not Alexander Hamilton, what can I do to make a difference in my corner of the world? What can I do to join with someone? I’m partnering with my buddy, Benj. What can I do that’s part of the collective? That’s going to make a difference [and] leave behind a legacy that I can be proud of.

[Hamilton] puts flesh and blood in these sort of dodgy old ideas that we had and the statues that we’ve walked past since we were little kids. What Lin did with the drawing of these characters was he tried to make them as bold and as brash and as full of life and as flawed as they were in their own lives. Because he’s done all that, you can see yourself in them and find yourself in the narrative.

Are you optimistic about the election results?

Oh, yeah, I’m optimistic about the future no matter what happens with the election. I’m going to do my part, but I’m an optimistic person. I feel like I witness small miracles every single day. And I am incredibly lucky, an incredibly blessed guy. I’ve got a wife and a beautiful young daughter at home, family around, so happiness and sweetness in my personal private life. I bear witness to that every single day. So I’m optimistic no matter what. But I also want to do my civic duty and find all the ways that I can to be a good citizen as well, so that’s what this is about.

What will you tell young voters about why they need to vote?

Hopefully people can see the effects of how important it is. Hopefully people are witnessing a political climate in this country that I have never lived through in my lifetime. So I think me and people younger than me, we’re all having that experience. And I think it’s driving the point home in a way that it’s never been more serious for me. There was some of it that I took for granted. I took for granted that there would always be somebody competent driving the bus, that it wasn’t that different. The candidates were — it wasn’t that drastic of a difference between this white guy or this white guy. For most of my life, that’s what it’s been.

Certainly Barack Obama’s presidency, that was enough to change my life and my view of what the presidency could be. And then right after that, it’s been changed again with being shown a very different version of what the presidency can look like. For some people, that’s the presidency that they want. It’s not the president or the type of leadership that I want, that I respond to, that I think is the best thing for the country. I’m just one guy, but I’m going to band together with other guys and girls like me and we’re going to try to do what you do in this country when leadership doesn’t look the way you think it should look. We’re going to get out and vote, and we’re going to encourage others to do the same thing.