At a private party at Levi’s Haus in the Hollywood Hills on Thursday, in celebration of the 50th anniversary of the 1967 Levi’s 70505 Type III trucker jacket, Snoop Dogg led DJ sets (inviting the crowd to smoke with him), followed by performances by Solange Knowles and Chance the Rapper. 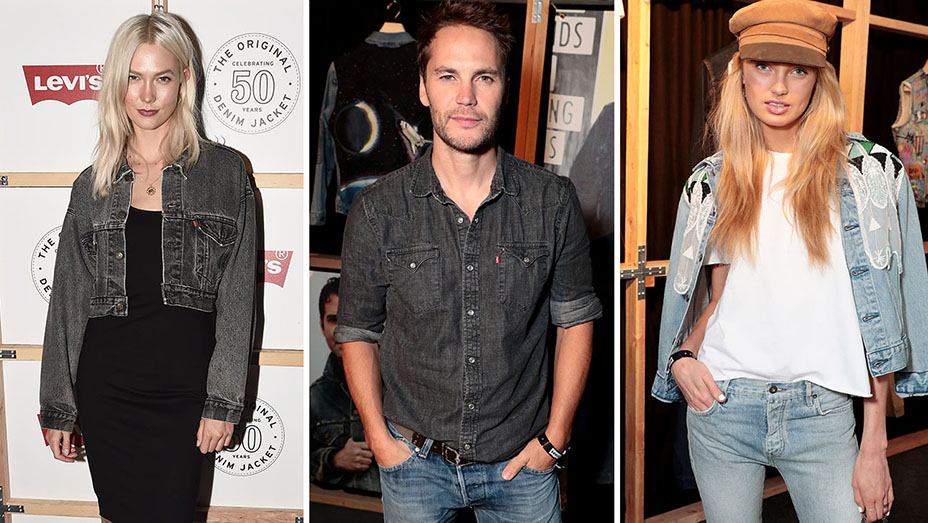 “We were in our studio, on deadline, and we didn’t have time to sew anything,” explained CL, pointing to the faded denim Levi’s trucker jacket she wore with the straps of an army green nylon backpack threaded through slits. “My friend said, ‘We should just connect everything we have.’ So we cut open slits and connected a military belt and backpack. I still wear the same Levi’s jeans I had from when I was 15. It’s a forever thing. And if you find your fit, they are something you can wear anywhere, on a date or to the park or to this type of event. Levi’s is classic. Original.”

“It’s simple; it’s a military style and I’m obviously pro-military, as I think everyone should be,” said Kitsch of his army green trucker jacket design. “I ride motorcycles, so there’s [padding] inside for protection and there’s also a little quote that’s more for me than for anybody else. It says ‘Zero’ and it means to live without regret.”

“I remember stealing my oldest brother’s Levi’s shirt, a light blue button-up like the one I’m wearing, when I was in early grade school,” added Kitsch. “I’d wear it and it went down to my knees. That was my favorite shirt growing up. Levi’s gear is timeless and it’s comfortable. I wear it when I’m not here, too, so it made sense to work with them on this.” 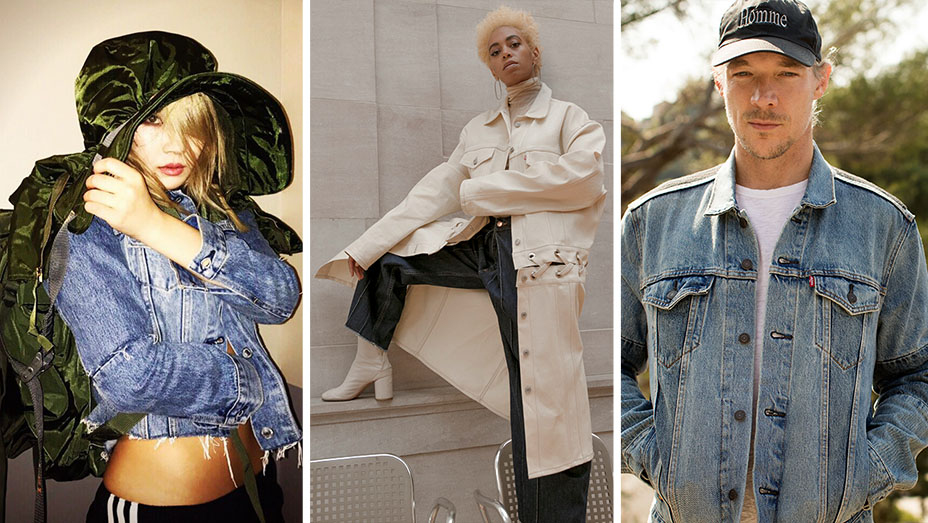 “I was really inspired by summer and being outside and going to  festivals,” said Strijd of her faded denim Levi’s trucker jacket design, decorated with delicate white lace and geometric beadwork. “I thought this would be cute for Coachella. I remember when I was 13 years old and I was in a vintage store with my mom and I got my first Levi’s shorts with the logo on the back. I felt so cool that I was always tucking everything in, so everyone could see the logo.”

The original Levi’s denim trucker jackets (that date to the late 1800s) were considered work wear, but the Type III jacket rode the nonconformist, cultural wave to fame in the ‘60s; George Harrison famously showed up donning one of the type III jackets in San Francisco’s Haight-Ashbury neighborhood in 1967.

For the 50th bday of the trucker jacket, @Levis asked me to redesign one. I did and ever since, it’s been my favorite drinking buddy. #Denim #Flannel #LiveInLevis

“We’ve had so many musicians and lovers of Levi’s come to our Eureka Innovation Lab in San Francisco to see how it all works,” said Levi’s president James Curleigh. “Justin [Timberlake] was there a few weeks ago and he had a really good design eye and a point of view on denim; he loves Levi’s. I was really impressed with his eye for color. We obviously have a lot of materials to play with and it’s how you bring them together; at a pretty rapid pace, he brought some amazing things together and said, ‘Wow I love this look.’ What he saw is that he could talk ideas with the team and, while he was talking, we were literally putting it together. He was like, ‘Well, how did that just happen?’ It was ‘Eureka!'”

“Justin was hands-on; he was kneeling in garments,” added Levi’s head of design Jonathan Cheung. “He wasn’t wishy-washy and he didn’t farm it out. He said, ‘I’d like to do this and this and this.’ Inside the trucker jacket, what you can’t see, is that it’s not just plaid flannel lining; it’s an actual old flannel shirt, so the shirt pockets are still in there.”

“You can’t sit down as a designer and say, ‘OK, today I’m going to design an icon.'” said Cheung, of the Type III trucker jacket. “People have to choose to bestow iconic status on something. So today’s a celebration of Levi’s association with culture. This is really Levi’s and culture holding hands. It is a validation. A bit like renewing your vows.” 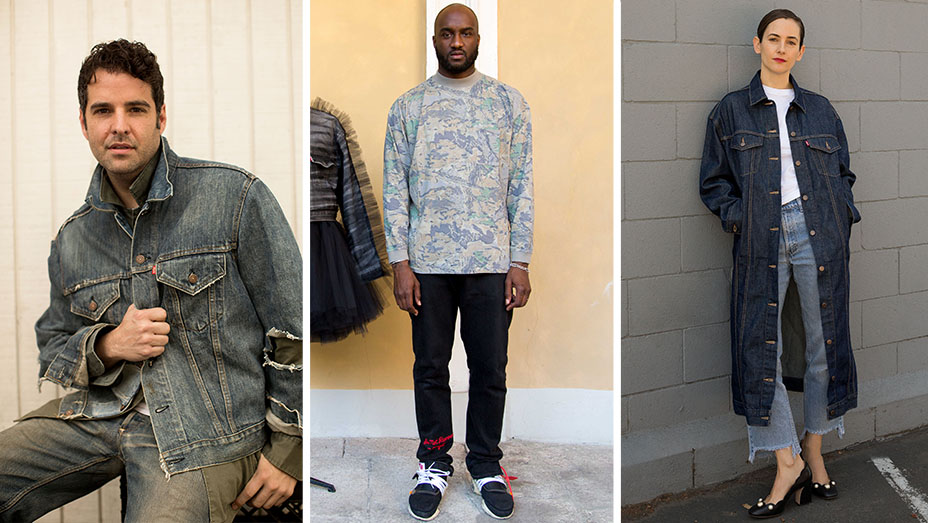