Does L.A.-based Libertine designer Johnson Hartig have a Napoleonic complex?

Hazarding a guess as to whether the designer is overcompensating for something or another is a slippery slope (one that surely has no good outcome), but he did give a playful nod to the infamous dictator in his spring 2018 show, sending tacky-on-purpose Napolean caps trimmed with white fluff and feathers down the runway where Thom Browne — who was Hartig’s roommate in Los Angeles some 20 years ago, oh to be a fly on that wall — sat front-row alongside Disney darling Skai Jackson, model/Pam Anderson progeny Brandon Thomas Lee, actor Avan Jojia and singer Aluna George.

Since Hartig founded the brand way back in 2001, his pop art-like designs have found favor with everyone from 50 Cent to Heidi Klum to Gwen Stefani, who prefer his bomber jackets especially for more casual occasions. However, with his spring offering, we could easily imagine a few of the glittering power suits and a certain sequin slip dress appearing on the red carpets. 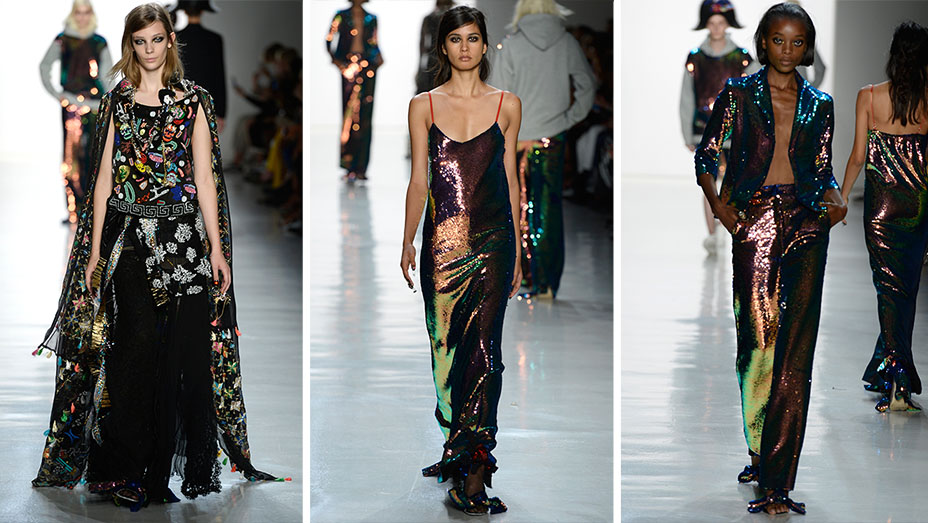 The most memorable look of the collection was not the tie-dye hoodie over a tulle skirt, or the sheer lace men’s shorts suits (an homage to Thom, perhaps?) layered over white briefs, but rather a black speedo with an um, artfully, placed beaded banana.

Hartig once again mined a rabbit hole of references for the various show motifs, from Andy Warhol bananas by way of The Velvet Underground’s debut album cover, to Mark Rothko, whose fat swashes of color were brought to mind by horizontal stripes on tights that Hartig hand-painted two days ago. Even the great Golden State got a shoutout, with elements of the California flag featured on the back of a flashy bomber.

Other fun pops include a skull print that was given the Warhol rainbow treatment, a cosmic textile with the words “chill,” “pump” and a mathematical equation plastered over planets, as well as a print featuring dogs wearing Libertine tracksuits. Browne doesn’t have a monopoly on the dogs as fashion inspo, after all. 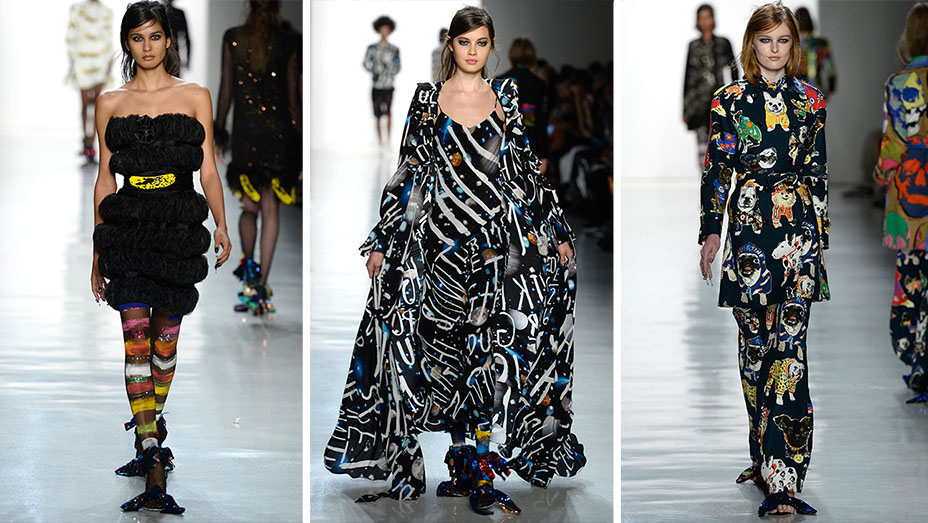