The afterlife is alive — but not for long.

That’s the mind-bending concept behind LifeDeath, a new 140-page graphic novel from comic book creator John Stanisci launching Tuesday via Kickstarter, and Heat Vision has an exclusive look at the opening pages.

LifeDeath is a story told in two separate timelines: In 2211, a Martian scientist makes the astonishing discovery that the afterlife is a sentient computer program uploading human consciousnesses that is in the process of breaking down after millennia, while in 1944, a 14-year-old female Jewish resistance fighter in the Warsaw Ghetto finds herself dealing with an unknown evil attempting to corrupt her in a pre-emptive strike against her future reincarnated self.

Stanisci, who has worked as an artist for Marvel, DC and IDW — with work including Batman Beyond, Judge Dredd and covers for The Spectacular Spider-Man — is both writing and illustrating the graphic novel, with Joseph Navarra editing. Stanisci and Navarra co-own the property, and have already teamed with actor/producer Stelio Savante and Emmy-winning producer Jared Safier to help develop it for the screen.

The Kickstarter for LifeDeath, including more details about the project, can be found here. For those wanting to read the book itself, look down — the first pages are below. 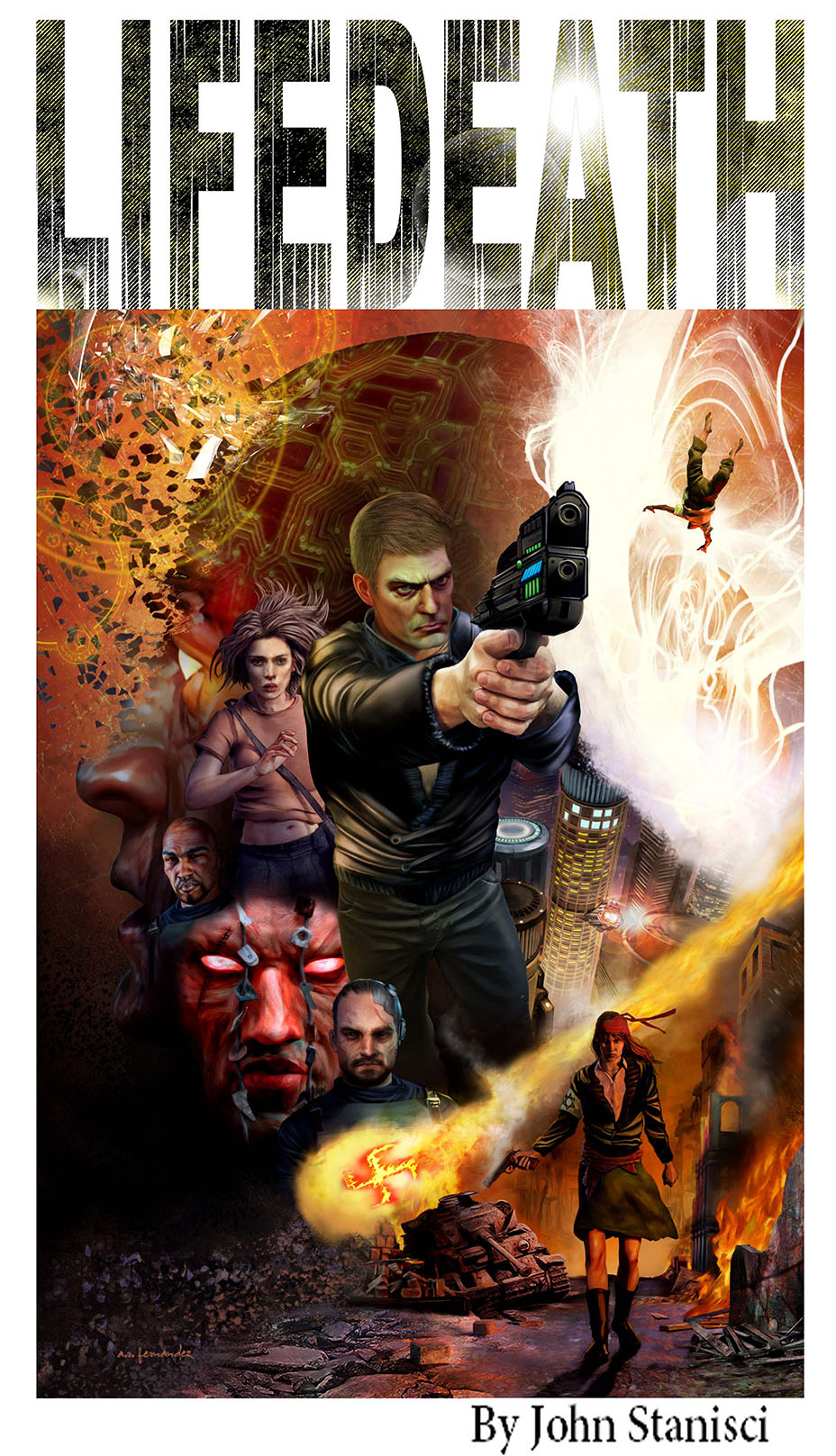 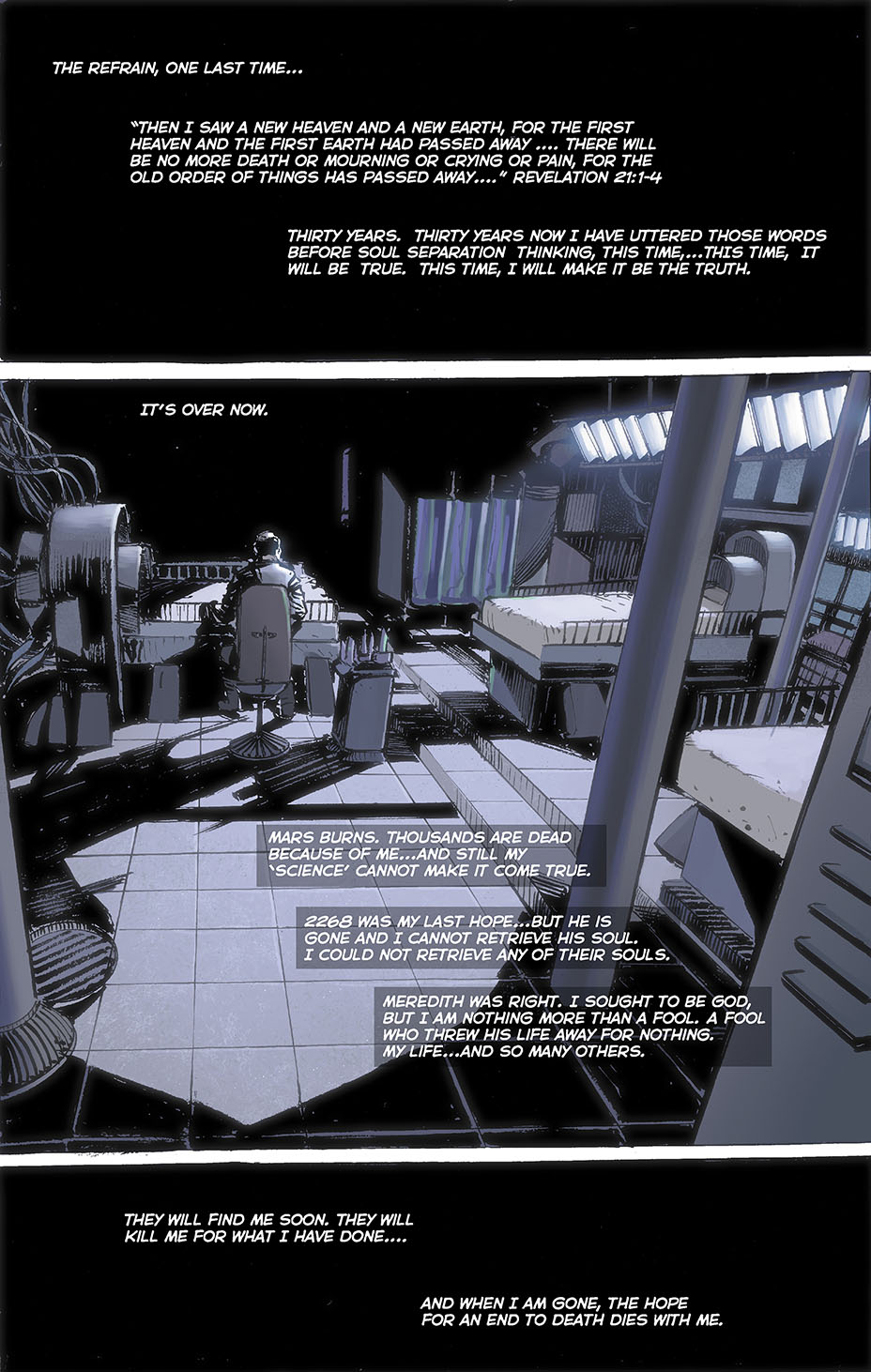 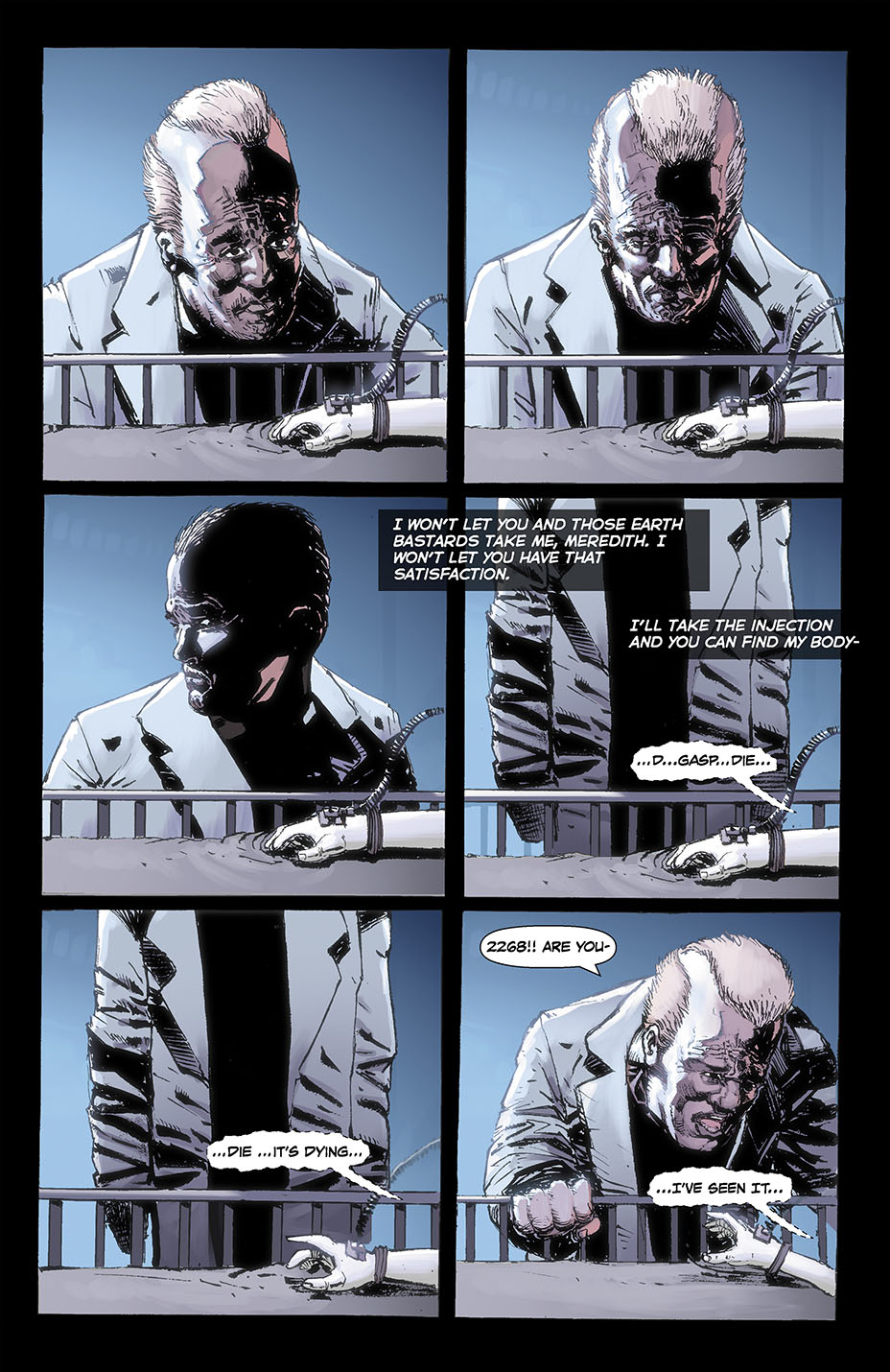 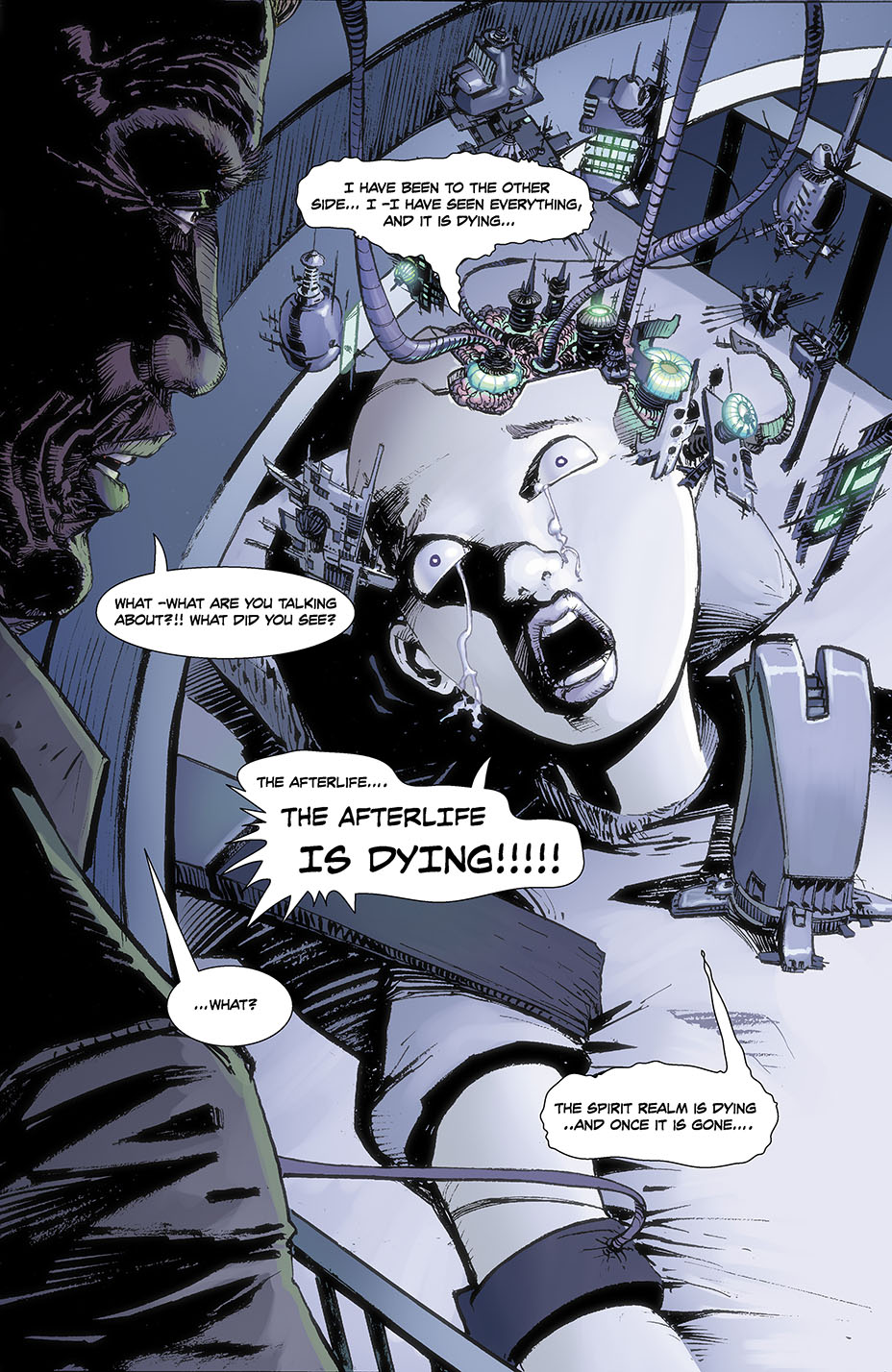 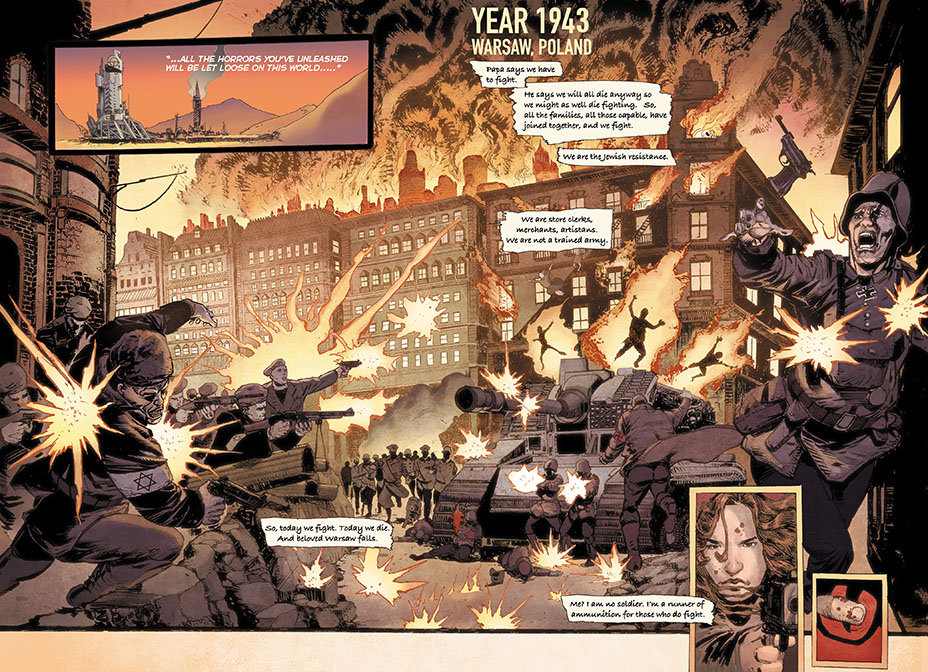 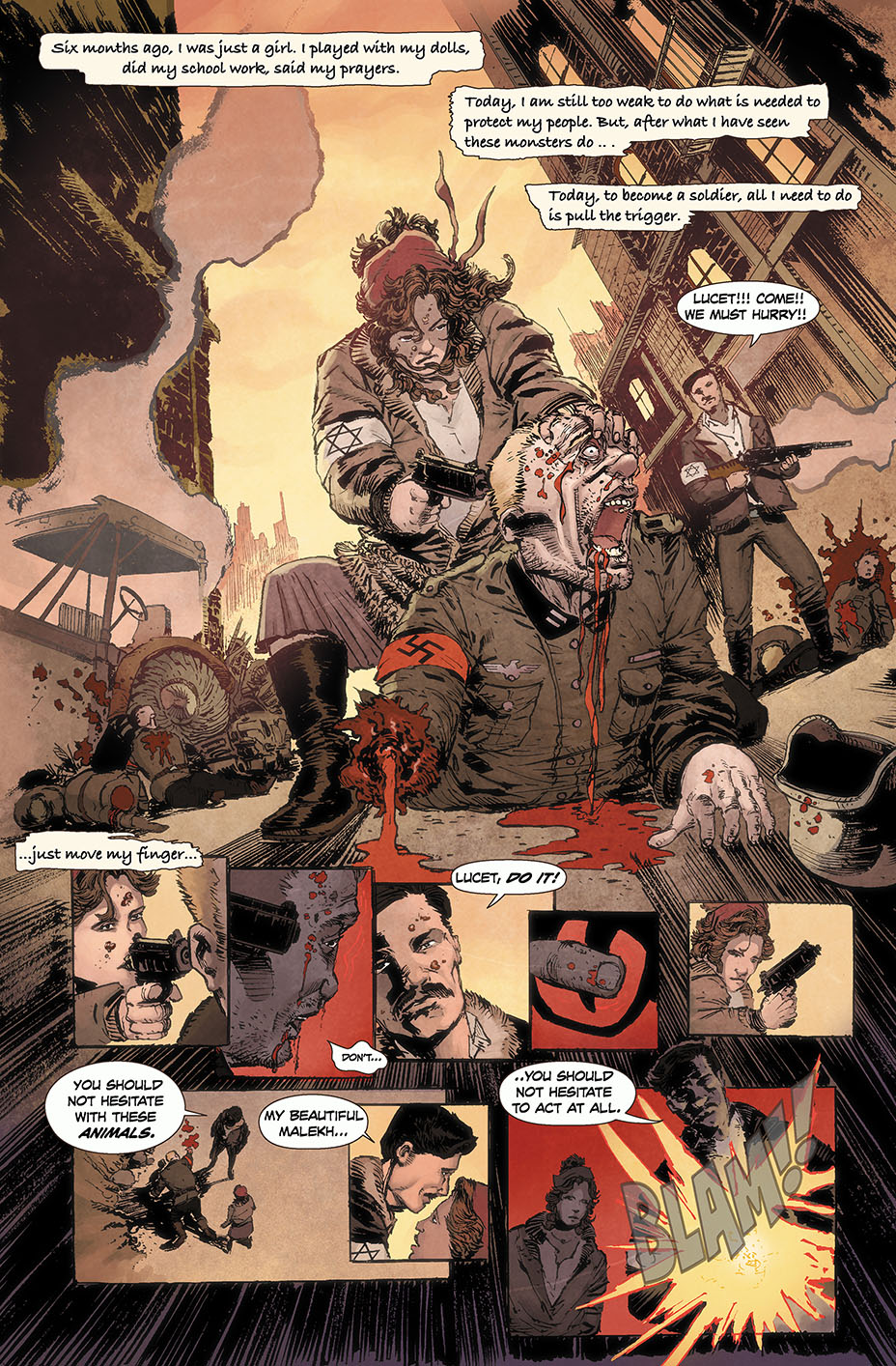