Lily Collins has played a 1950s-era actress, a post-apocalyptic hostage and a fantastical Snow White — and repeatedly championed the costume designers who helped her inhabit those lives. The Costume Designers Guild now will honor her with its Lacoste Spotlight Award on Feb. 21.

From the set of The Last Tycoon, the Amazon series based on F. Scott Fitzgerald’s final unfinished novel, Collins, 27, tells THR about her first costumed experience, her affinity for Old Hollywood and her go-to outfit for penning her memoir.

How do costumes help your acting?

For certain characters, I sometimes make playlists and collect inspirational photos of the world or time period, and though I already feel very much immersed in the headspace of the character, the last step is getting into the wardrobe. Once I put on that costume, I start to carry myself differently and understand what’s important to the character: Are they clean and well kept? Are they fashion-forward or caring more about comfort? Do they try to hide themselves or show off their figure? Costume designers help the actors become their characters in ways you wouldn’t even know until you literally walk in their shoes. They’re so talented and integral, and they don’t get enough recognition. 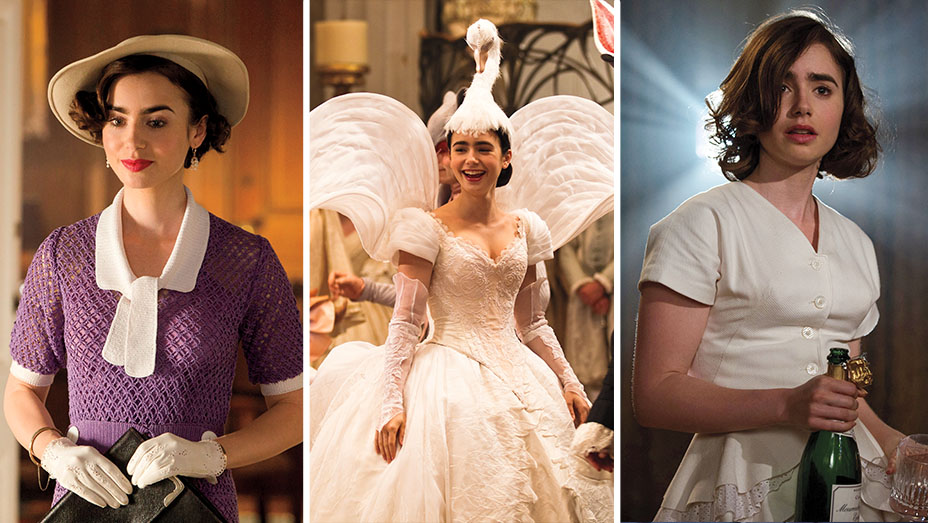 How did you first come to appreciate costumes?

I’ll never forget [costume designer] Daniel Orlandi on The Blind Side. Even though it wasn’t necessarily a crazy time period, it was my first movie — and because this Southern girl wore clothes I probably wouldn’t choose for myself, he really helped me. That was followed by Ha Nguyen’s costumes for Priest, which were part Western, part sci-fi and ripped to shreds, and all of a sudden, I was altered into another universe. On Mirror Mirror, Eiko Ishioka had so much attention to detail, and one tweak could change my entire figure. Even having to hold up those dresses affected my posture and presence.

How would you describe your red-carpet style?

Constantly evolving. I love the opportunity to dress up and try new things. My stylists [Rob Zangardi and Mariel Haenn] have taken me to a whole new level of being daring and putting on things I wouldn’t necessarily have gravitated toward. I like to have a little bit of edge, but also I really do love Old Hollywood, so this season, with all the [Rules Don’t Apply] press we did, we’ve tried to modernize that vintage Hollywood feel while still paying homage.

What red-carpet look haven’t you tried yet?

I did a red dress for an event recently, but I haven’t really gone bold and gone red at a big event before. Red is the color that might make me even lighter because I am quite pale, but there are many different shades of red and it’s like a lipstick, you have to find the one that fits you the best.

I found myself writing many a chapter in pajamas or sweaty gym clothes, because I would have these bursts of ideas when working out, and I’d run down and start writing.